To be a woman, single and loving it in your 30s, owning your pleasure, being independent — these are all accepted and celebrated now. But as a high schooler in the early 2000s, sneaking into the family room past my bedtime to watch new episodes of Sex and the City once a week on HBO, I was mind-blown.

It showed me a life choice I didn’t know I had until then. When I didn’t get married by 25 like I was preconditioned to aspire to, I didn’t feel like it was the end of the world because it wasn’t like that for the four fabulous women I grew up watching.

They carried on, had brunch, attended openings, proceeded to flings and romps aplenty. They weathered heartbreak, career highs and lows, divorce, and breast cancer. Around picturesque Manhattan, back when two towers still stood, they went on long walks and had epiphanies.

Carrie, Samantha, Charlotte, and Miranda are glamorous, each with a personality and style that Gen X and millennial women could identify with.

Rooted in reality but never true to life, if Vogue fed Carrie when she was broke and new to New York, my penniless fellow fashion assistants and I at our first jobs at a now-defunct fashion magazine watched and talked about Sex and the City.

SATC showed me that friends are the family you choose, that the right love is worth the wait, and — especially now that I am in my 30s like the women in the show — that you can wear whatever you want, no matter what your age is, and be beautiful in it.

But by the second movie, set in Abu Dhabi, the fashion that lured and glued everyone wasn’t enough to keep anybody interested. SATC defined an era, and that’s also why it’s dated now. It has a special place in my heart, but I cannot deny the ingrained misogyny, the token representation of gays and blacks, the casual appropriation. If it premiered today, it’d be canceled in the first season.

While the show was being aired, I remember that nobody wanted to be Miranda and Samantha in those “Which SATC girl are you?” quizzes. I had one friend that didn’t like how they were too much “like men.” Miranda was too independent, she said. That Samantha was too empowered. That’s how much the times have changed, and the show played a big role.

Now, fans are only talking about Samantha. She will be missed in the reboot. And Just Like That...—The 10-episode HBO Max limited series—will revisit only three of the four women, today in their 50s.

After six seasons and two movies, I couldn’t help but wonder: do we need this reboot?

At worst, it will be another Emily in Paris, another Darren Star creation. As vapid as the 10-ep rom-com may be — topped off with Emily’s atrocious fashion — it saved me from the “ber” month blues and I binge-watched it from start to finish. A perfectly timed escape into a Paris where there is no COVID-19, a world unaffected by bad political leaders.

And Just Like That... could be the no-brainer escapism we can’t get enough of these days, the zeitgeist the series was (I’m optimistic), or the heartwarming catch-up fans of the series are missing. I’m already imagining the ladies in Pre-Fall 2021, when filming is reported to begin. 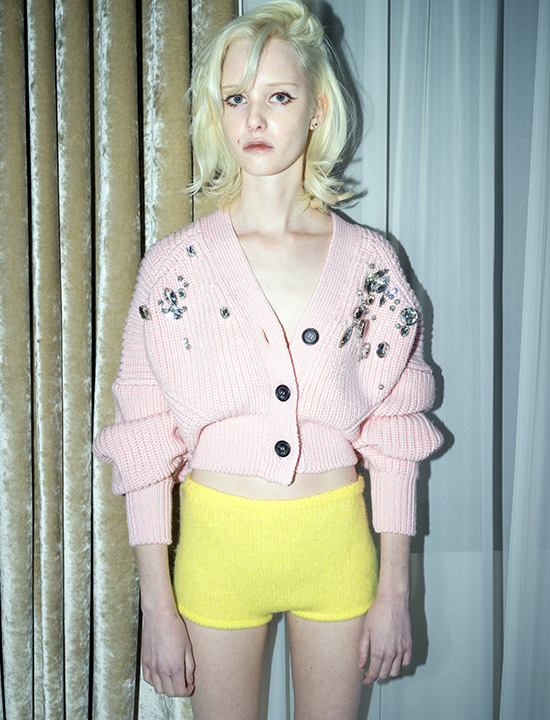 SATC Carrie likes expressing her sensuality with a slightly disheveled, almost vulnerable nonchalance, and something tells me that hasn’t changed as she types away stock phrases and ellipses about married life with Mr. Big. 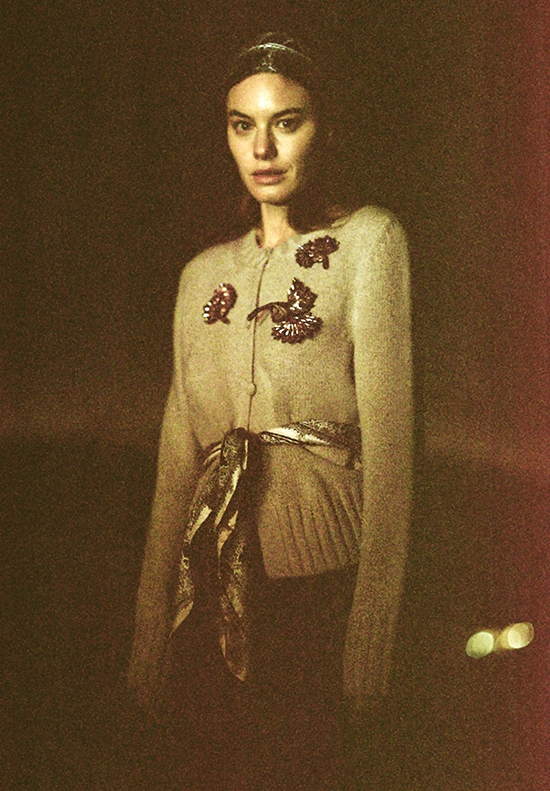 Charlotte York Goldenblatt’s style wouldn’t be complete without her WASP-y cardigans, and Kristin Davis’ comeback coincides with cardigans being back in fashion. Wearing this, she’ll probably be trying to get her daughter Lily involved in some craft project, away from trouble-making cell phones and cupcake bags. 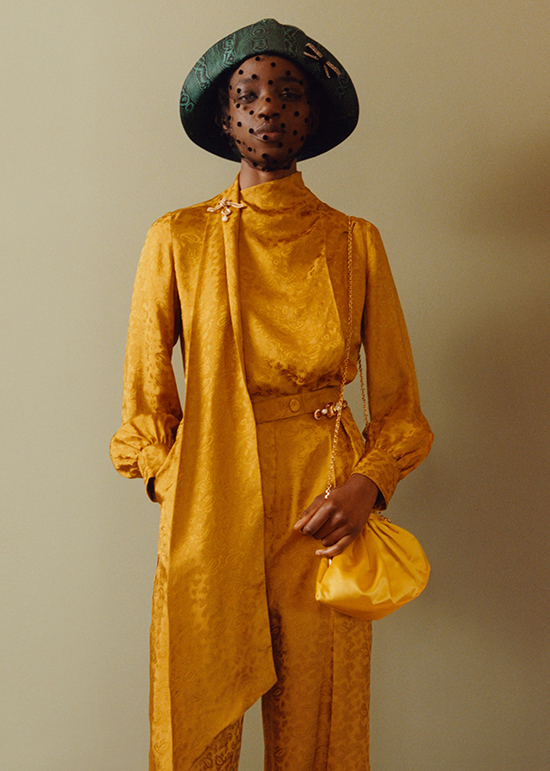 Miranda has come a long way from her suits in Season 1 to embracing color and softness in the films, and she’s going for that in her choice of Zoom top, looking good while keeping her children and Steve out of the view. 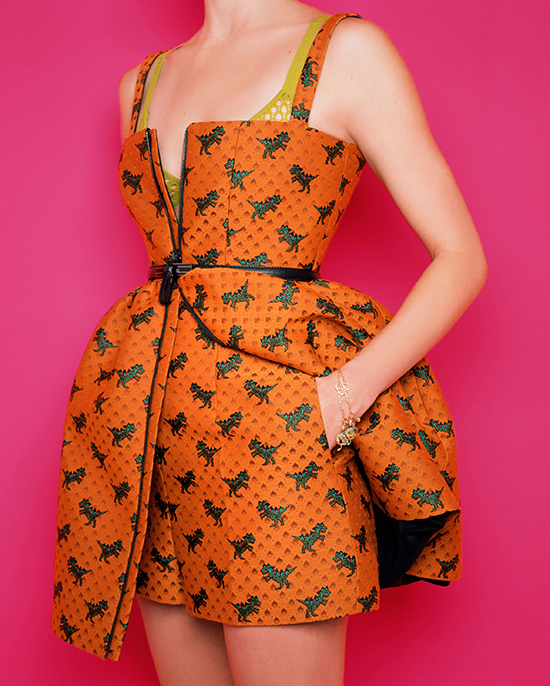 “I fell in Dior.” — Carrie, S6E19. Cinched, exposed bright green bra, nametag jewelry, and prints — this look is straight-up Carrie. She probably still can’t cook, but she is bringing the look. 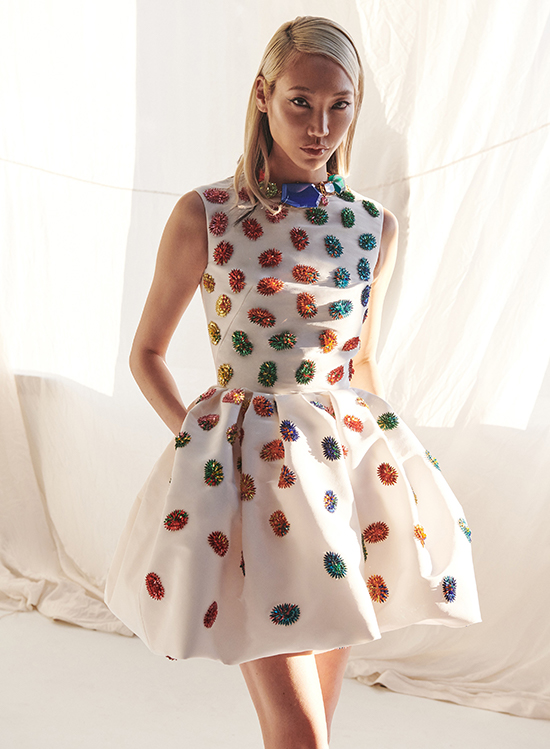 Leave it to Charlotte to prep, cook and set everything while looking like a whimsical ’60s Audrey Hepburn. 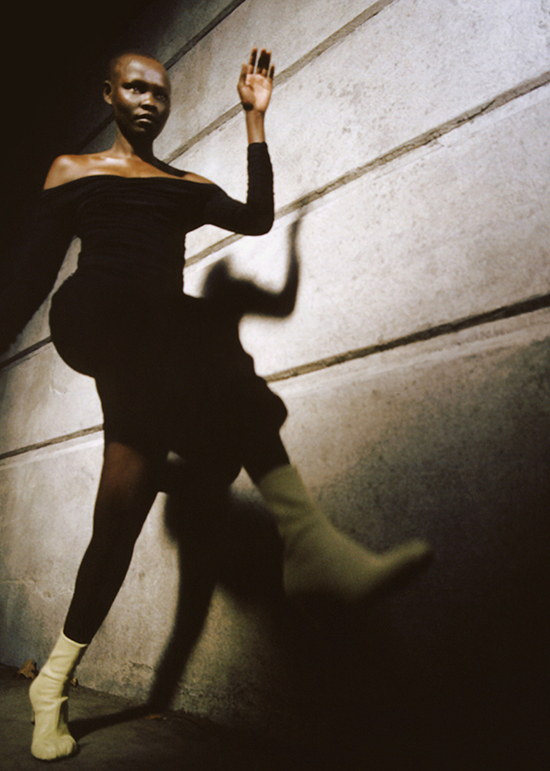 Khaite is for women who like looking strong, and this statement neckline gives Miranda just that and a whole lot more. 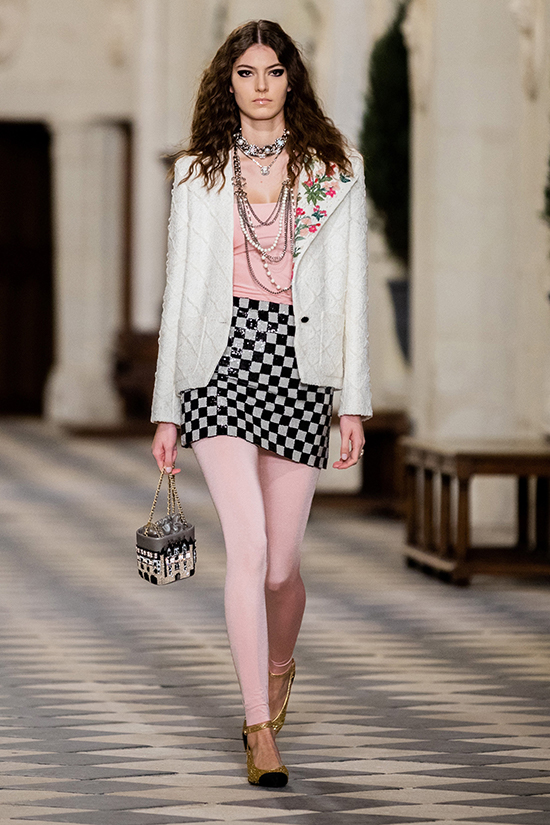 Carrie likes taking her friends for a walk to talk. For this reboot, I can see her dressed for the occasion in Lycra — but super shiny, with chessboard sequin miniskirts and matching (equally impractical) minibag. It’s not Carrie without the stilettos, but now that Sarah Jessica Parker has her own label, will she still be sticking to Manolos? 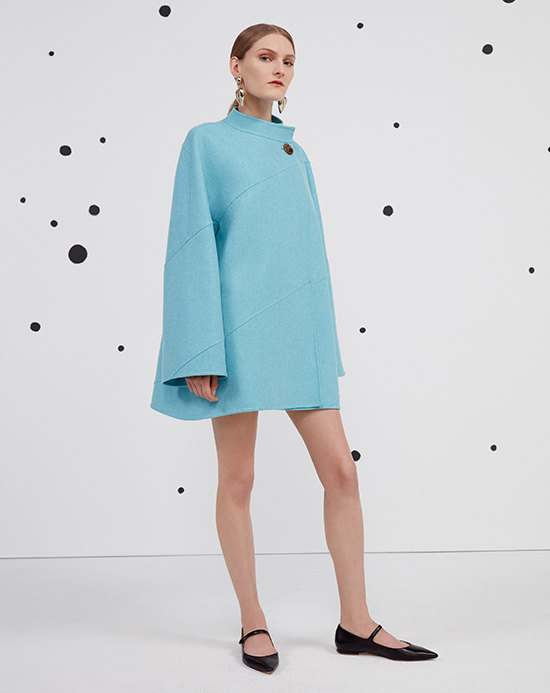 The Upper East Side princess has loved and lost at Tiffany’s, but that doesn’t mean she’ll say goodbye to robin’s egg blue. 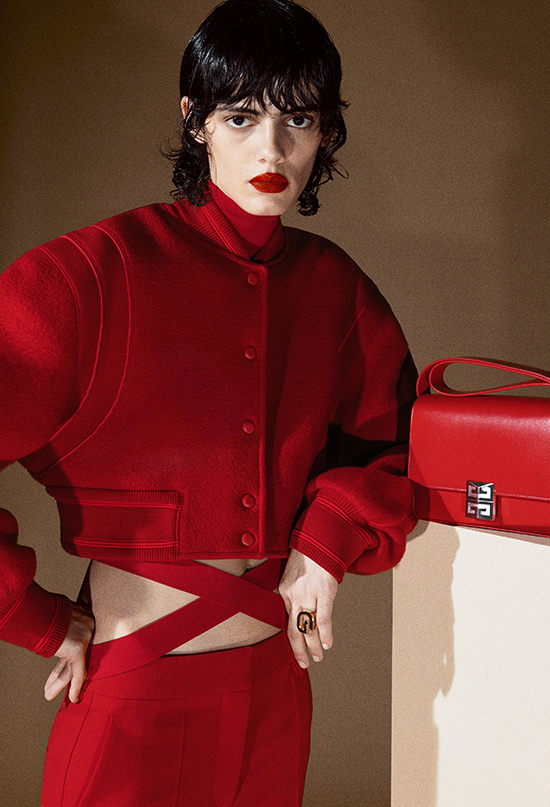 From her Reebok-wearing days as a newbie lawyer hustling ‘round town with her pumps in her bag, Miranda loves her sportswear, and this look is red-hot. 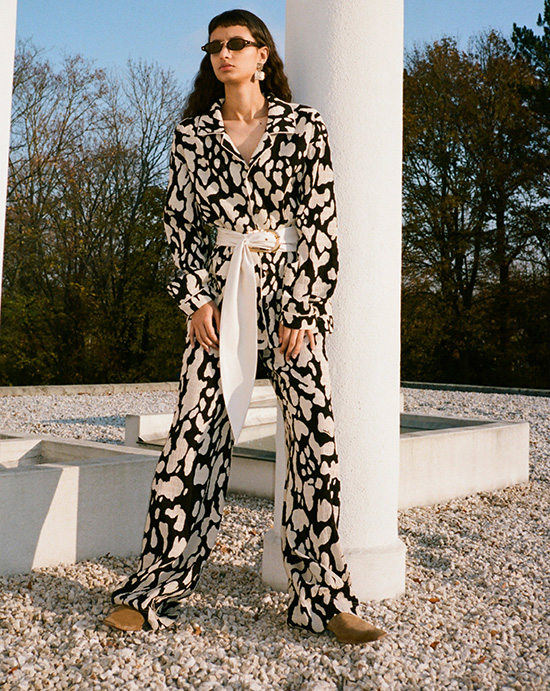 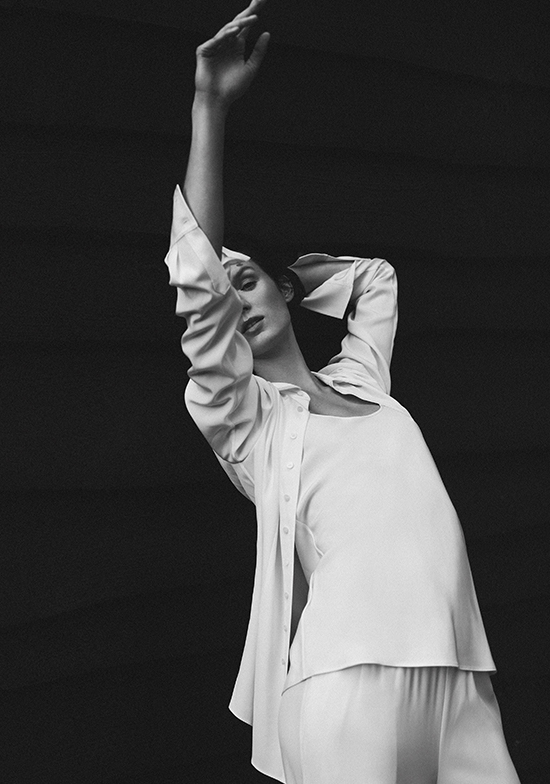 Once in a while, Charlotte will still bring out the sexy see-through lingerie. Until then, it’s this comfy, silky look. 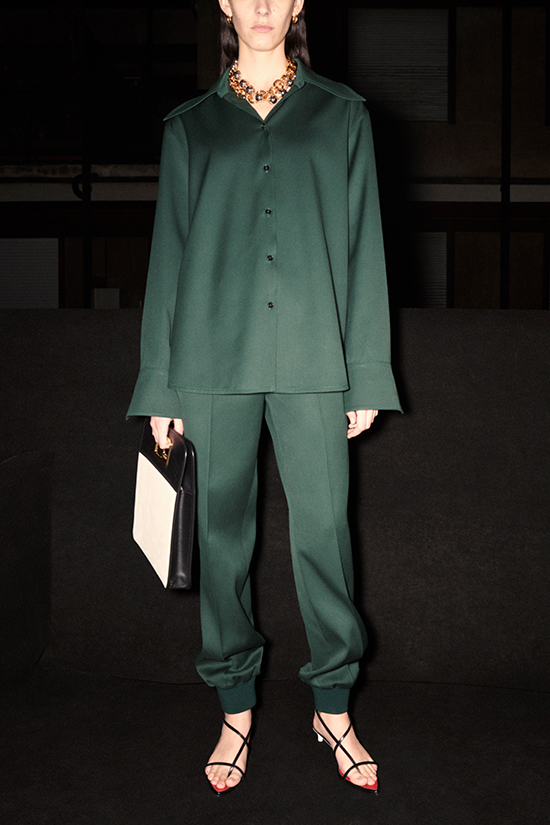 Pandemic? Fashion must go on!

Miss Universe returns after hiatus, sets pageant date on May 16