There was no stopping the biggest night in music—not even a pandemic—from celebrating big (and small) wins of artists, who were at their sartorial best at the 63rd Grammy Awards.

The Grammys, originally slated on January 2021, pushed forward with a hybrid format amid the COVID-19 pandemic. The awards show may have looked different this year but those who were brave enough to show up arrived at the venue in their stylish glory.

Most of the winners were announced at the Grammy Awards’ Premiere Ceremony, which was livestreamed five hours ahead of the major event, while major awards were revealed during the live telecast. Just like other award shows held during the pandemic, the Grammys this year did not have an audience.

This year’s Grammys, held at the Los Angeles Convention Center instead of the usual Staples Center, rolled out the red carpet as artists, who did not hold back on their fashion choices for the awards show, trickled in the venue wearing masks and socially distanced.

Taylor Swift, who made Grammy history by being the first woman to win Album of the Year three times (for her surprise release “Folklore” in 2020, “Lover” in 2019 and “Reputation” in 2017), arrived in a Spring-inspired, embroidered floral number by Oscar de la Renta and Christian Louboutin shoes.

Speaking of daring, Dua Lipa, who was nominated for six Grammys and won the Best Pop Vocal Album, arrived in an Atelier Versace beaded gown with a butterfly motif.

Prints also came into play, starting with Record of the Year winner Billie Eilish’s sepia rose floral jacquard shirt and pants, which she paired with a matching face mask, by Gucci.

For his red-carpet look before his electrifying performance, rapper and Grammy nominee DaBaby wore a head-to-toe Dolce & Gabbana.

Meanwhile, Watermelon Sugar singer Harry Styles, who bagged his first ever Grammy for Best Pop Solo Performance, showed up on the red carpet with an eclectic Gucci ensemble of yellow plaid blazer, velvet pants, and a purple feather boa that further highlights the gender-fluid fashion he is known for.

Though K-pop supergroup BTS did not win the Best Pop Duo/Group for their explosive hit Dynamite (much to the fans’ dismay), the members walked the Grammys red carpet in Seoul in a parade of sleek Louis Vuitton suits.

Check out more of this year’s Grammys fashion below: 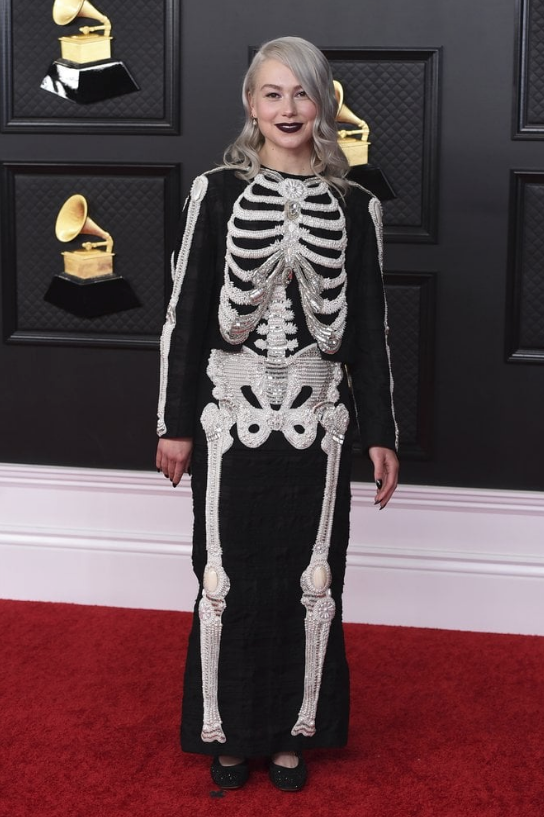 Phoebe Bridgers in a signature skeleton suit by Thom Browne. Photo from AP 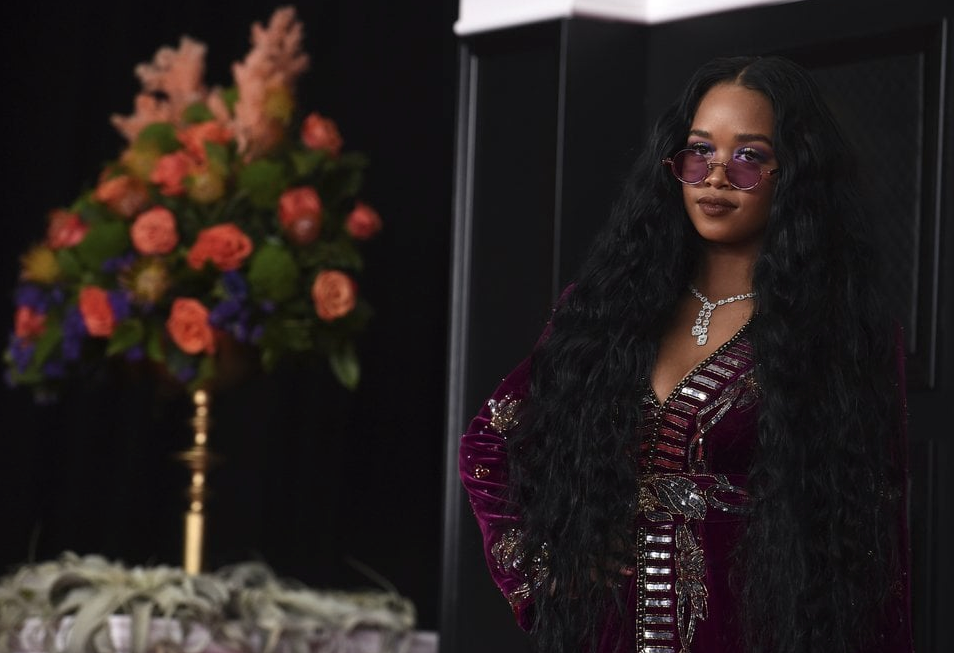 Song of the Year winner H.E.R. in Dundas. Photo by AP 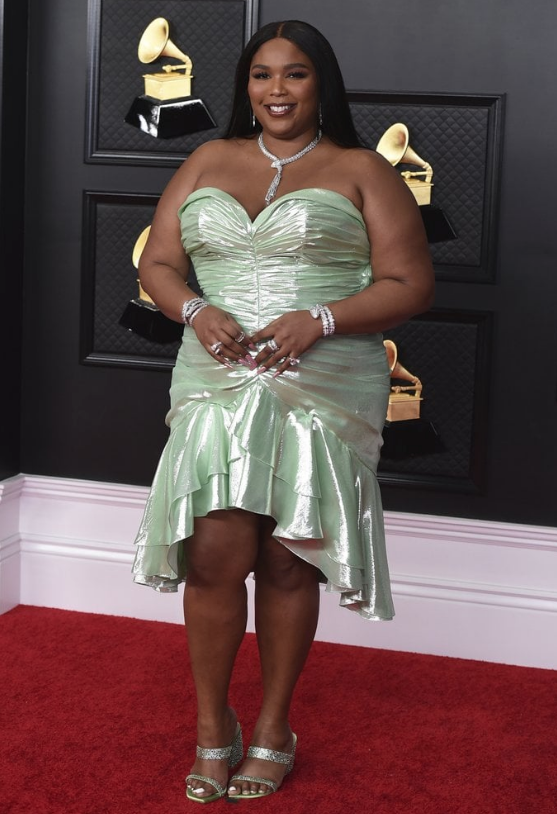 Lizzo in a strapless Balmain dress and Bulgari jewelry. Photo from AP 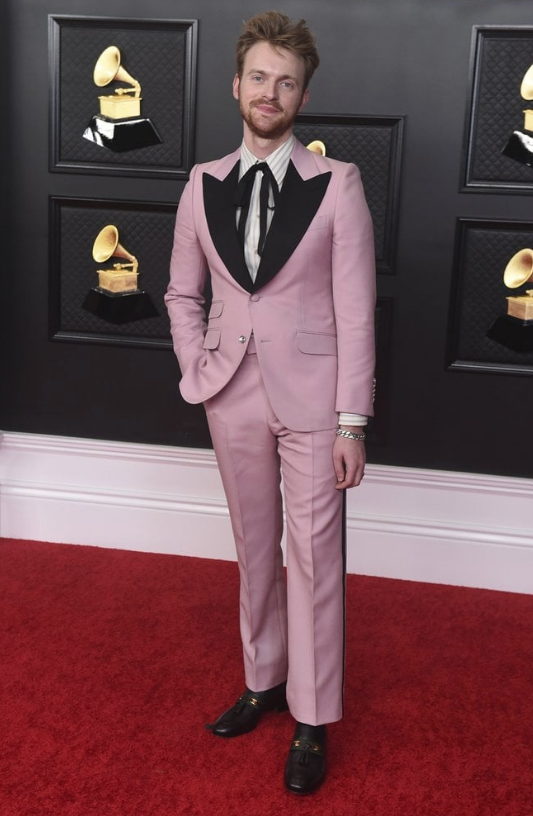 Finneas in Gucci. Photo from AP 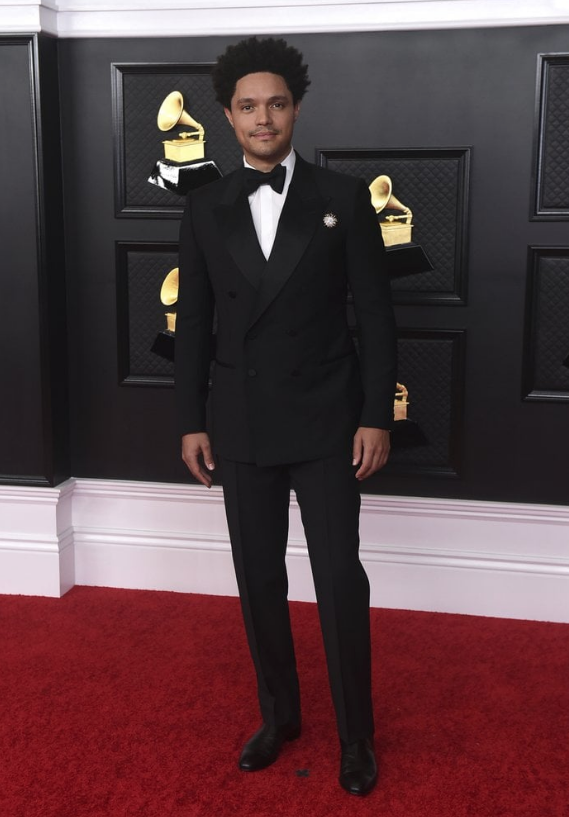 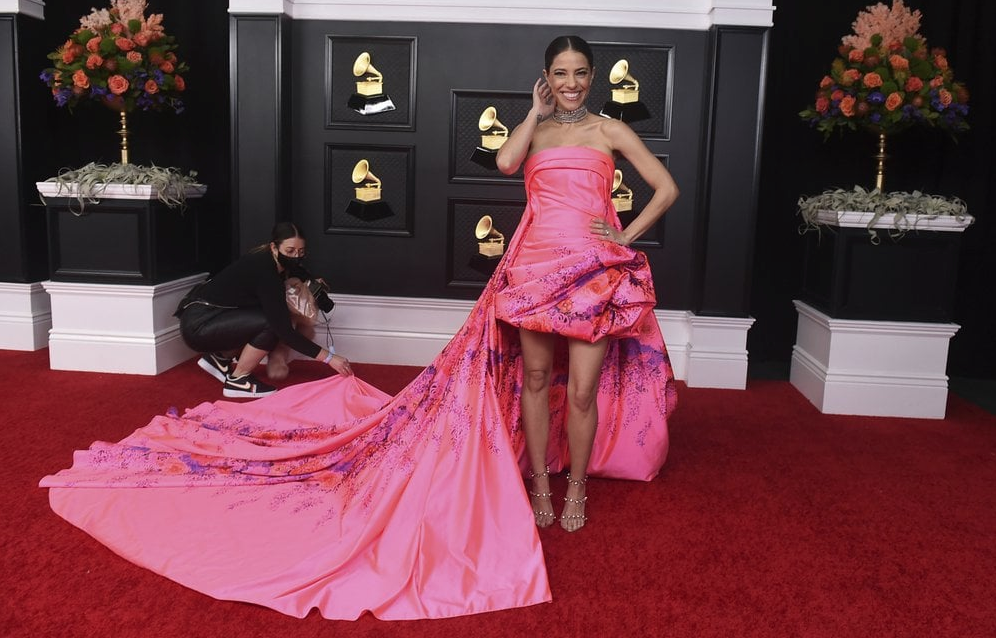 Debi Nova in a Georges Chakra dress. Photo from AP

Phoebe Bridgers in a signature skeleton suit by Thom Browne. Photo from AP

Song of the Year winner H.E.R. in Dundas. Photo by AP

Lizzo in a strapless Balmain dress and Bulgari jewelry. Photo from AP

Finneas in Gucci. Photo from AP

Debi Nova in a Georges Chakra dress. Photo from AP

Thumbnail and banner photos from AP

The best new Swiss watches for 2022