Surviving a pandemic is hard enough in itself, but how about prepping for and executing a themed pre-nup shoot in the middle of a pandemic?

The concept of a staged shoot may seem over the top for some, but an engagement session usually gets a couple excited for the planning process that lies ahead, get them comfortable in front of the camera, and tests the waters with their chosen wedding photographer.

While wedding day photos will probably be the most important, prenup photos are a close second. The excitement couples feel during engagement sessions is unlike any other, that, for sure, they’ll want to capture that for a lifetime.

We’ve already seen so many pre-wedding shoots online—from chic editorial, candid and romantic motifs, to those that mimic their favorite movie characters. And just recently, one that caught our attention is this Money Heist-inspired shoot by wedding photographer Hafid Caballes and PIDOGRAPHY team. Caballes said the shoot was done last Nov. 9 at the Temple of Leah in Busay, Cebu.

In the photoshoot, soon-to-be married couple Andrew and Inez wore the iconic red costume suit and the Salvador Dali mask. They also re-enacted some of the scenes shown in the series, including the one where paper bills were raining down from the sky. 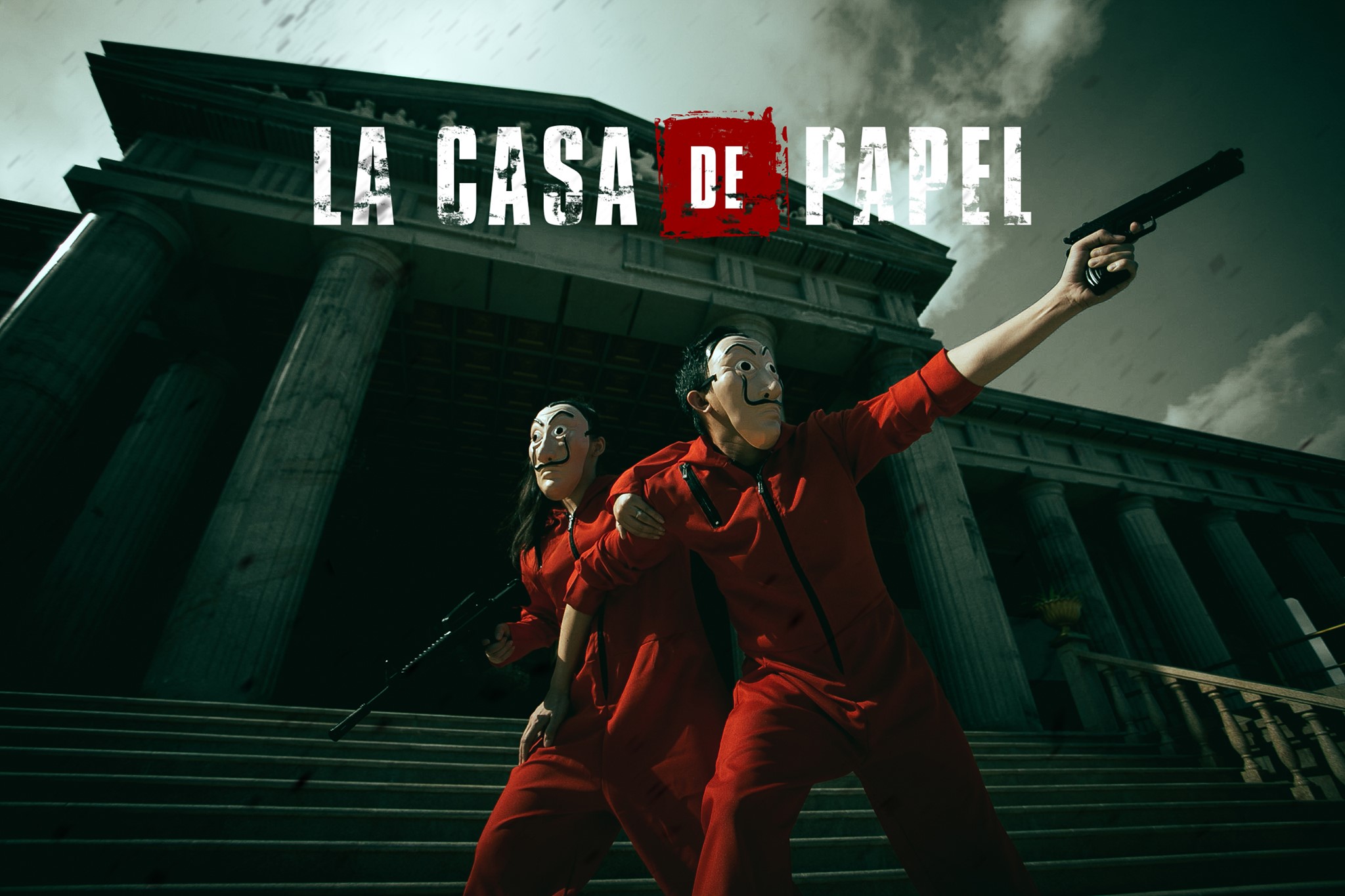 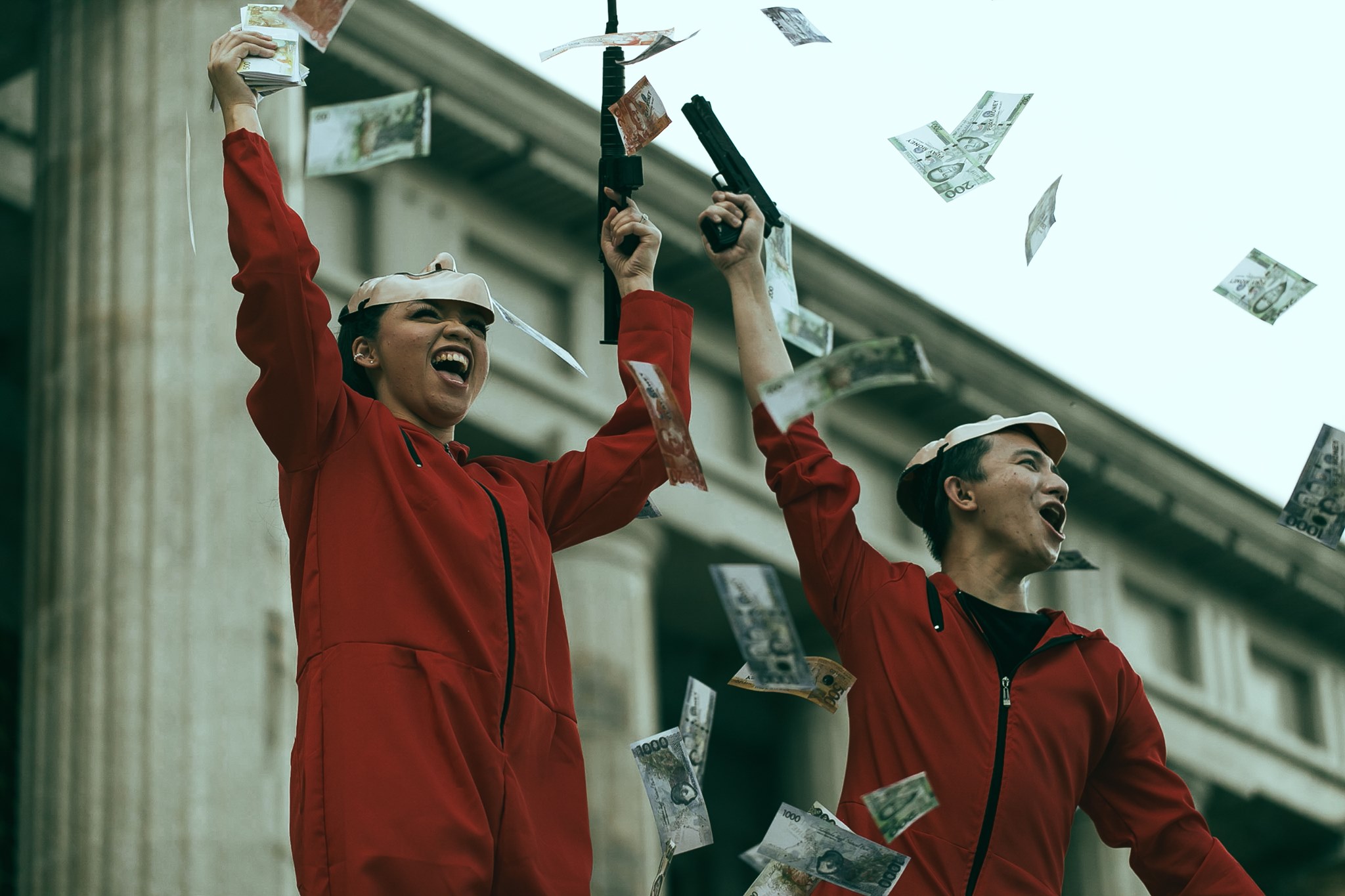 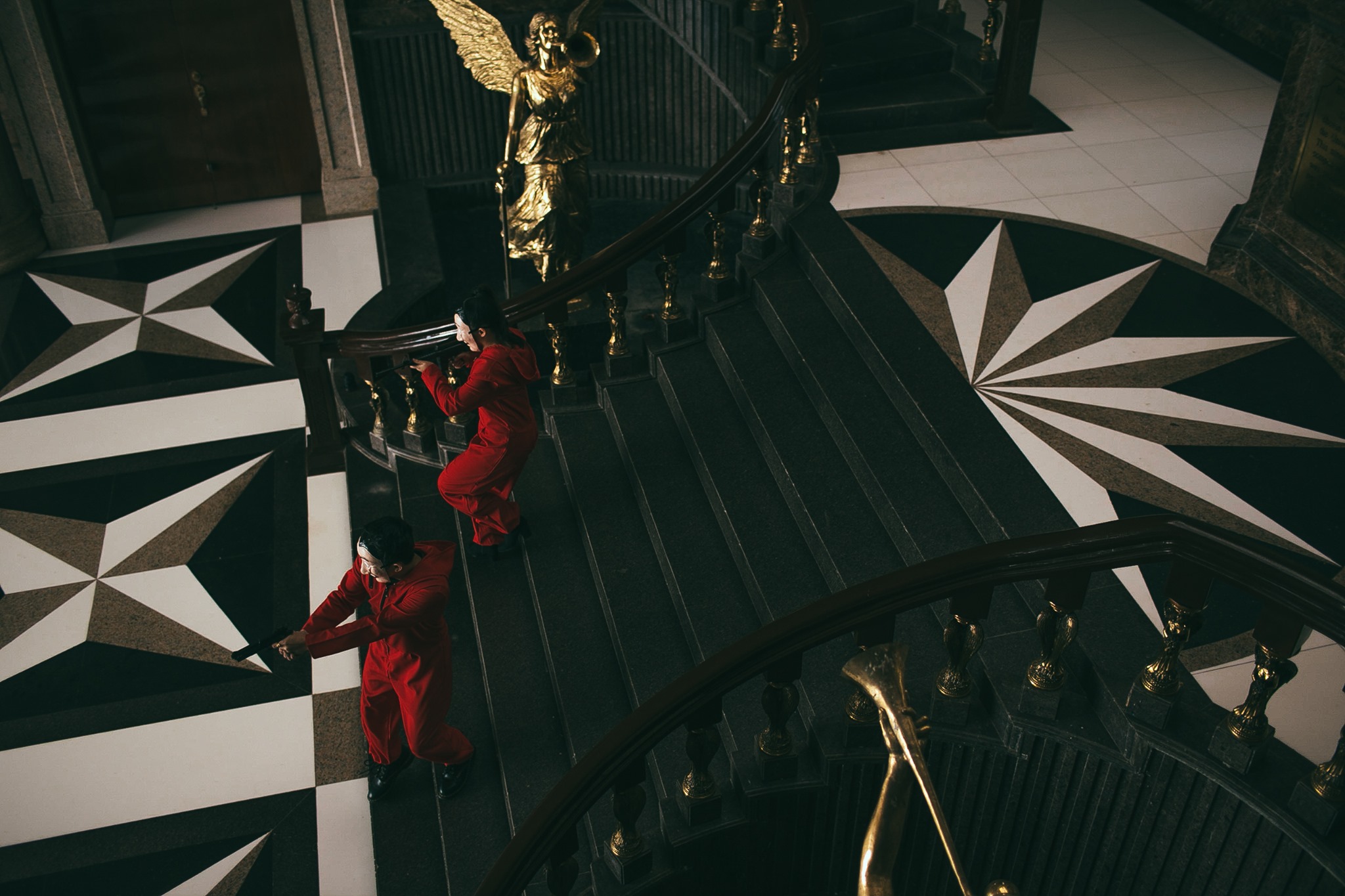 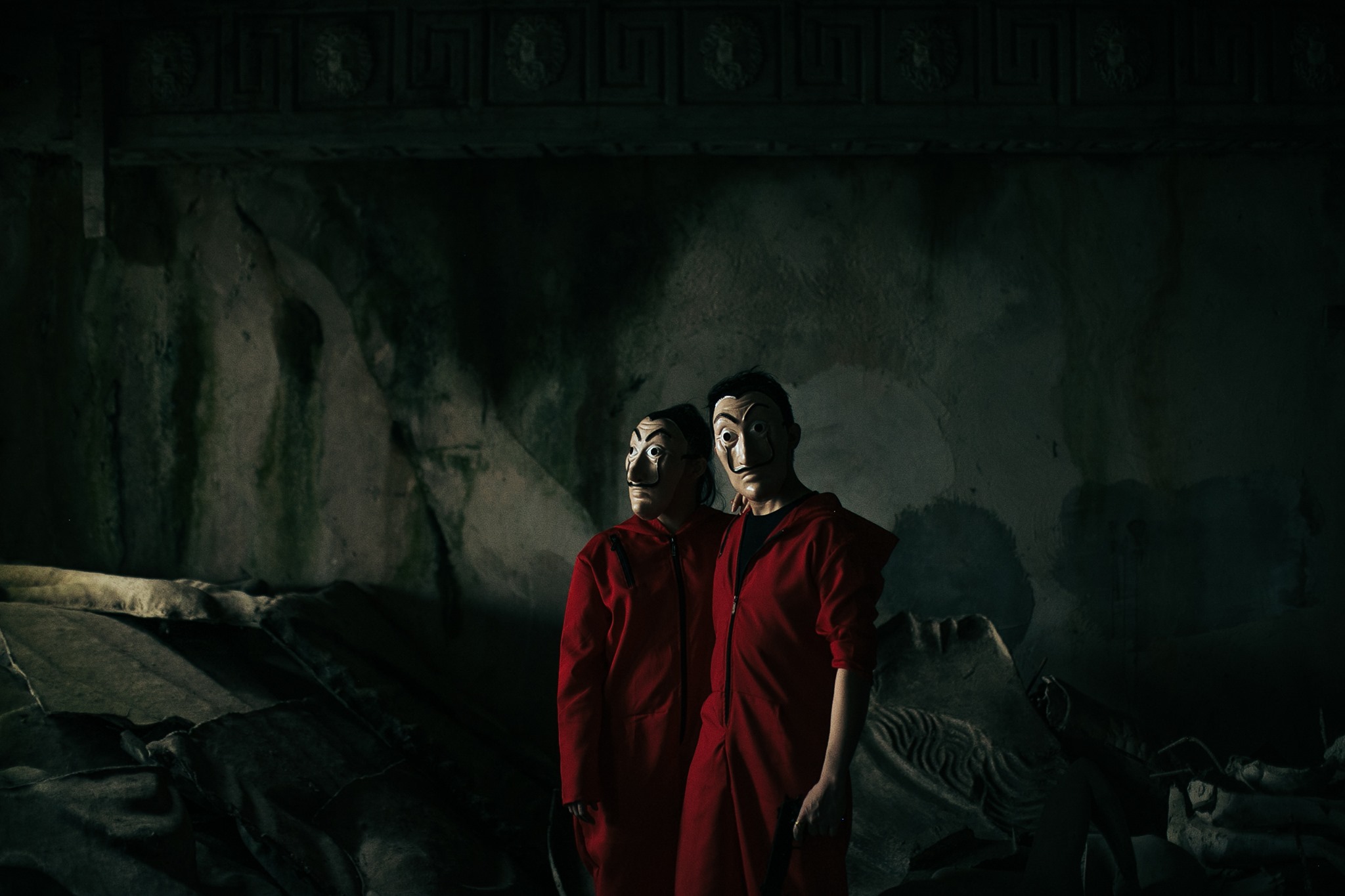 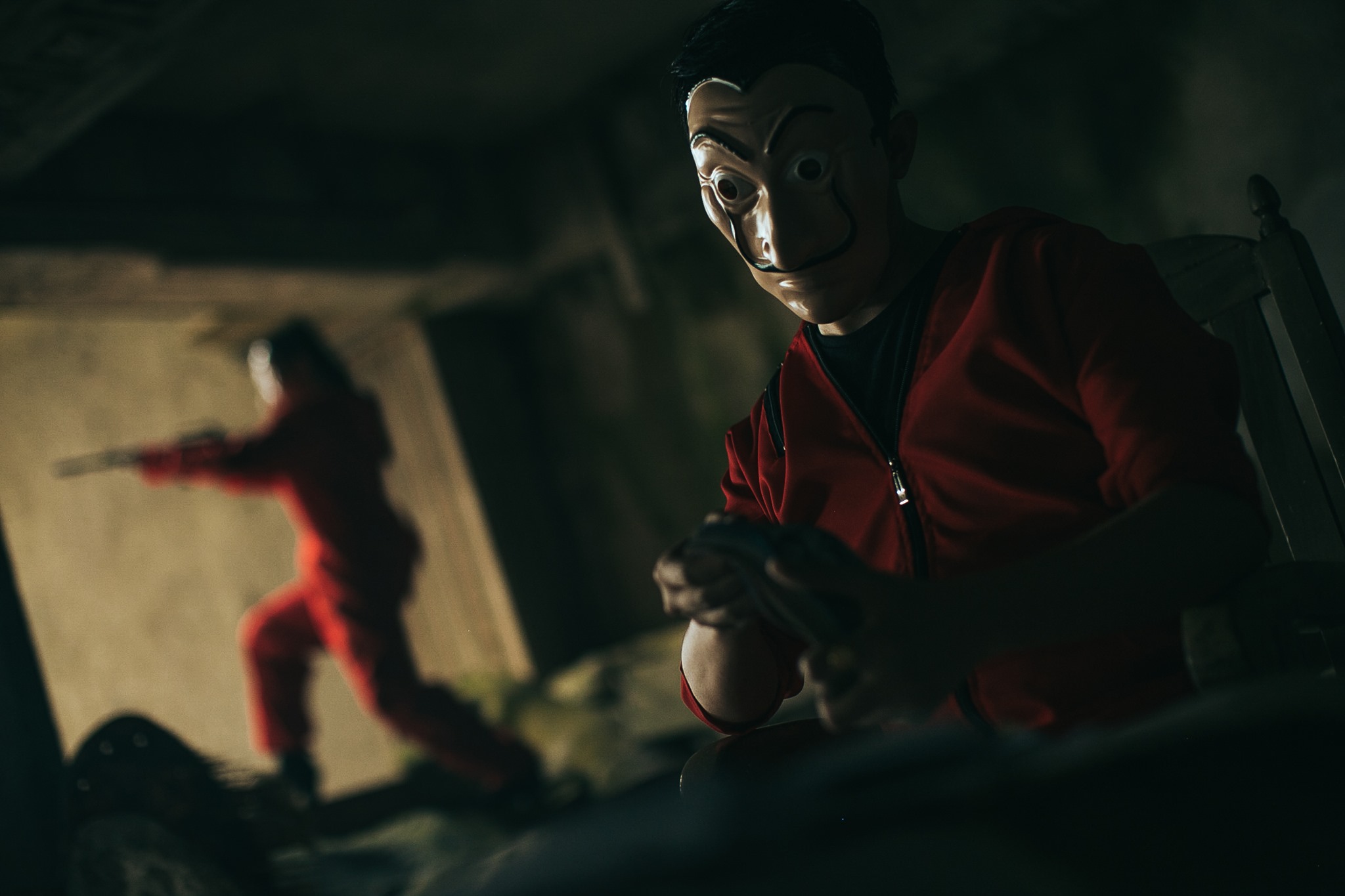 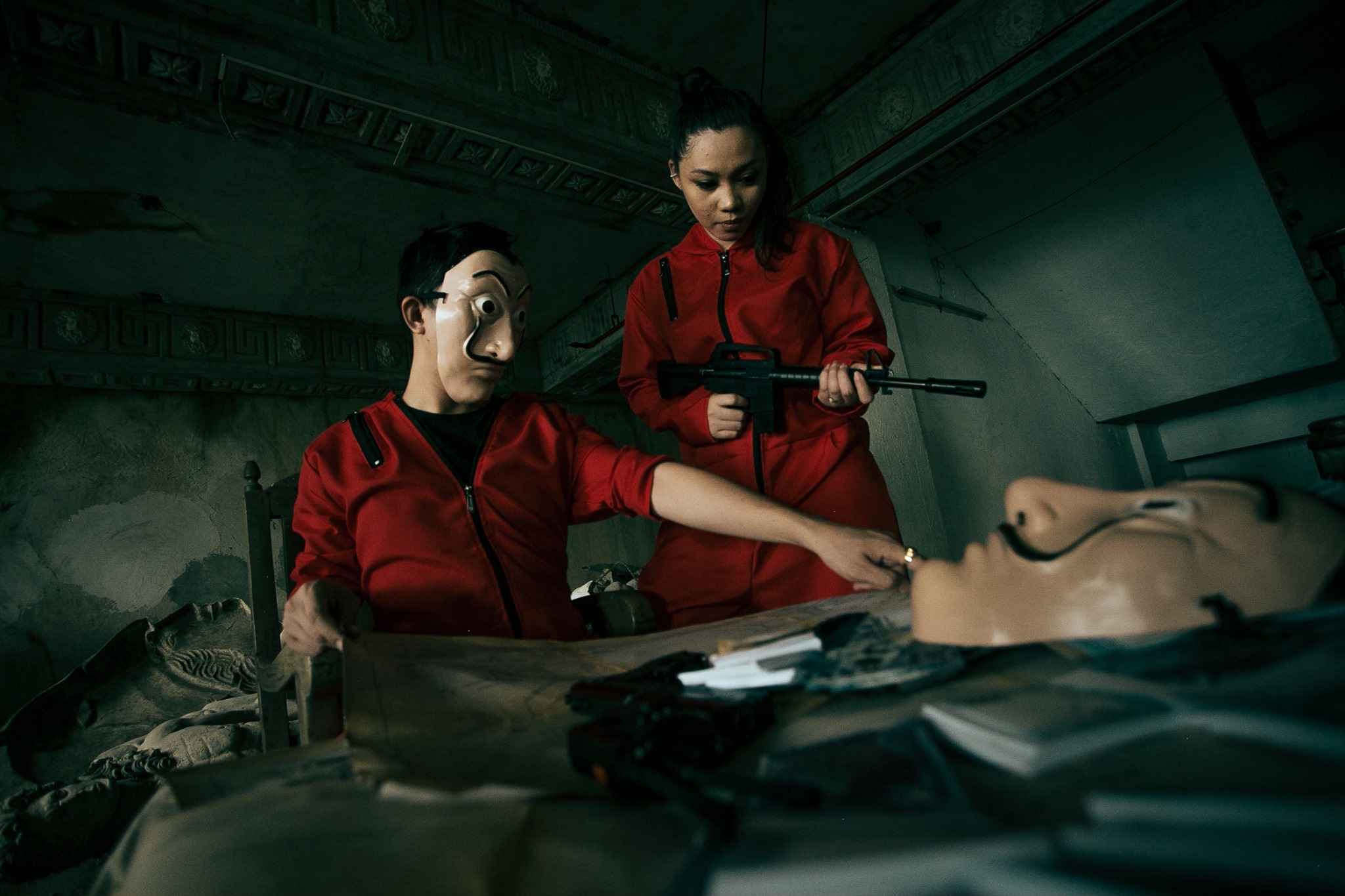 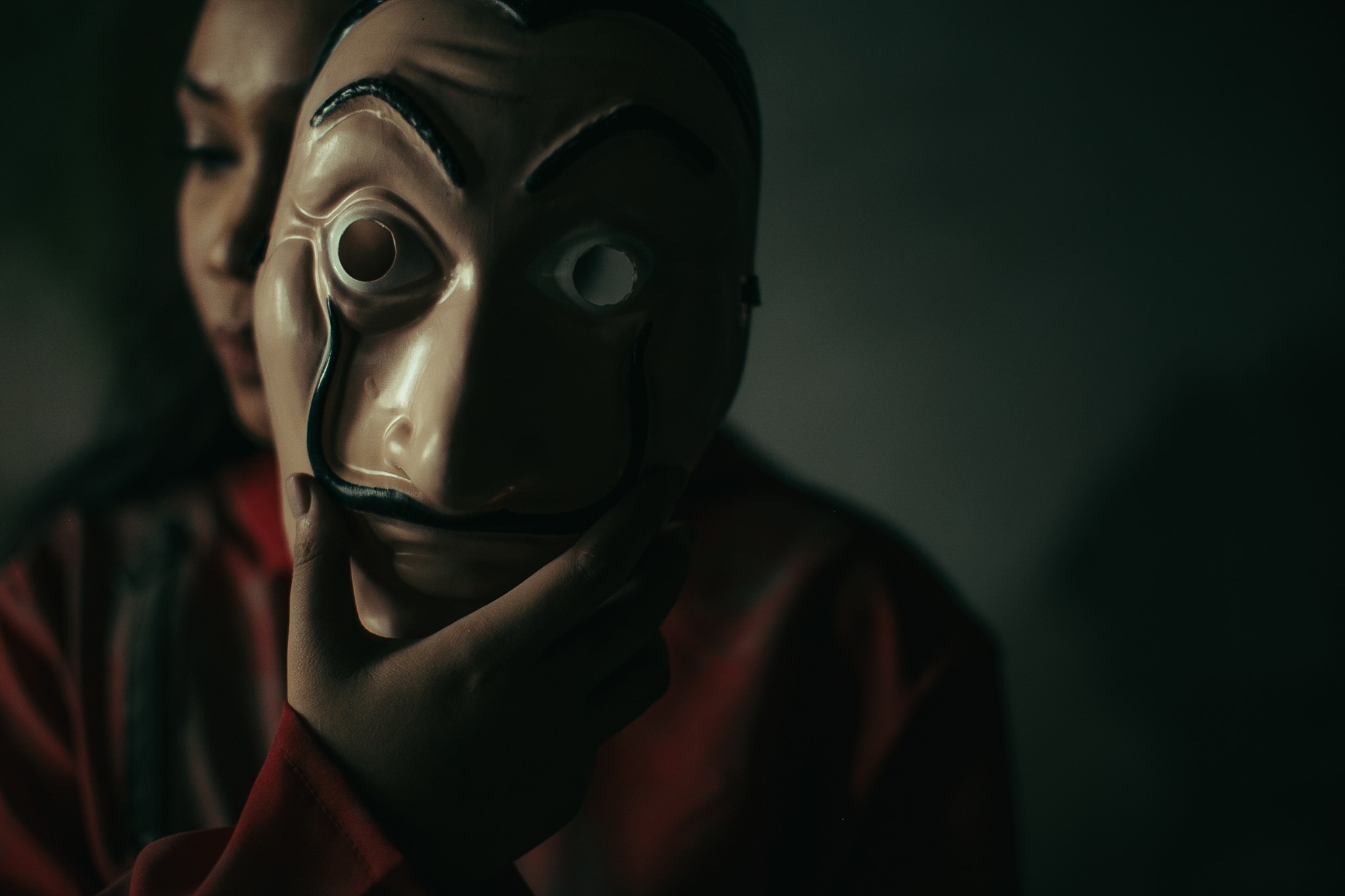 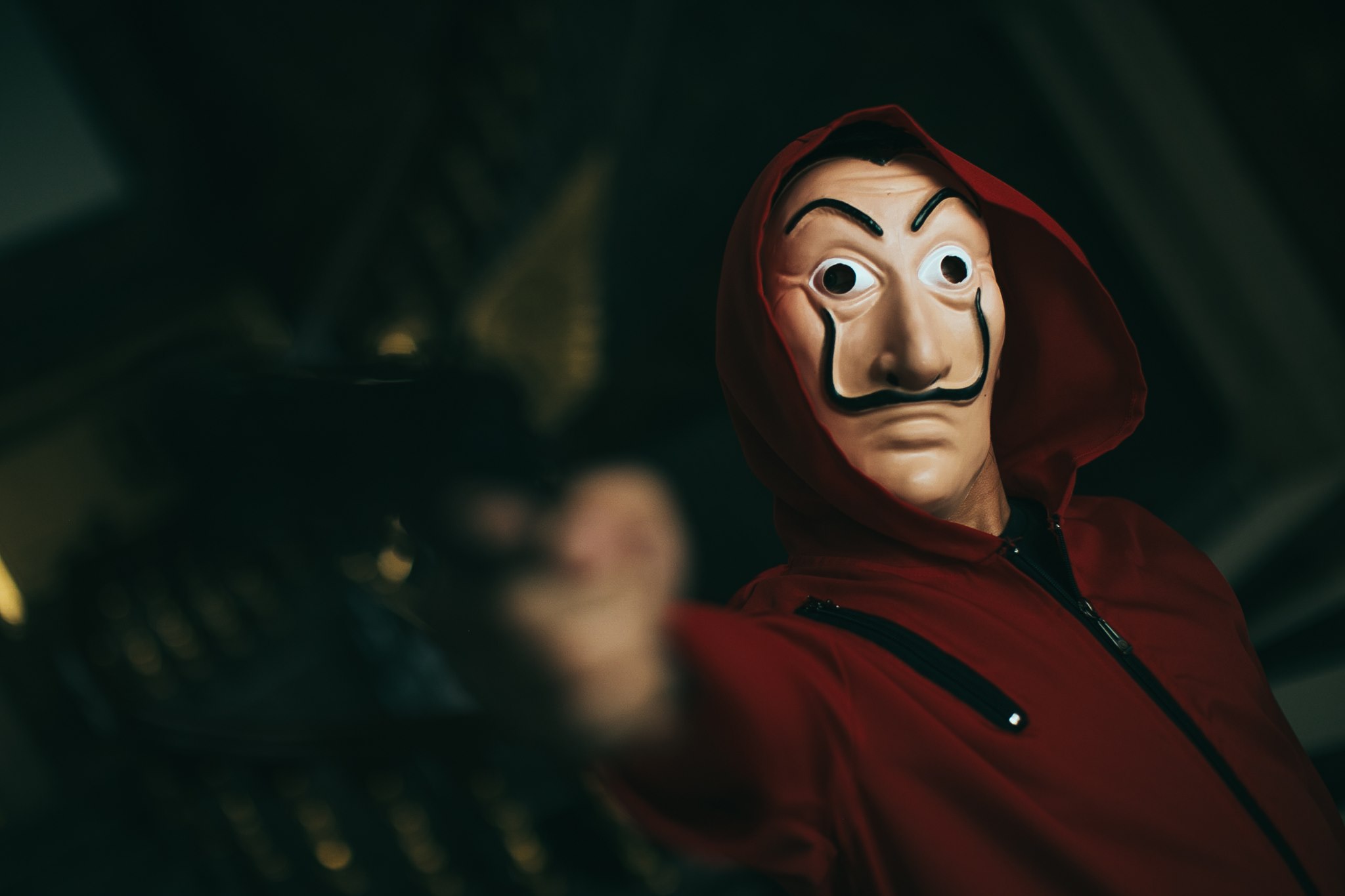 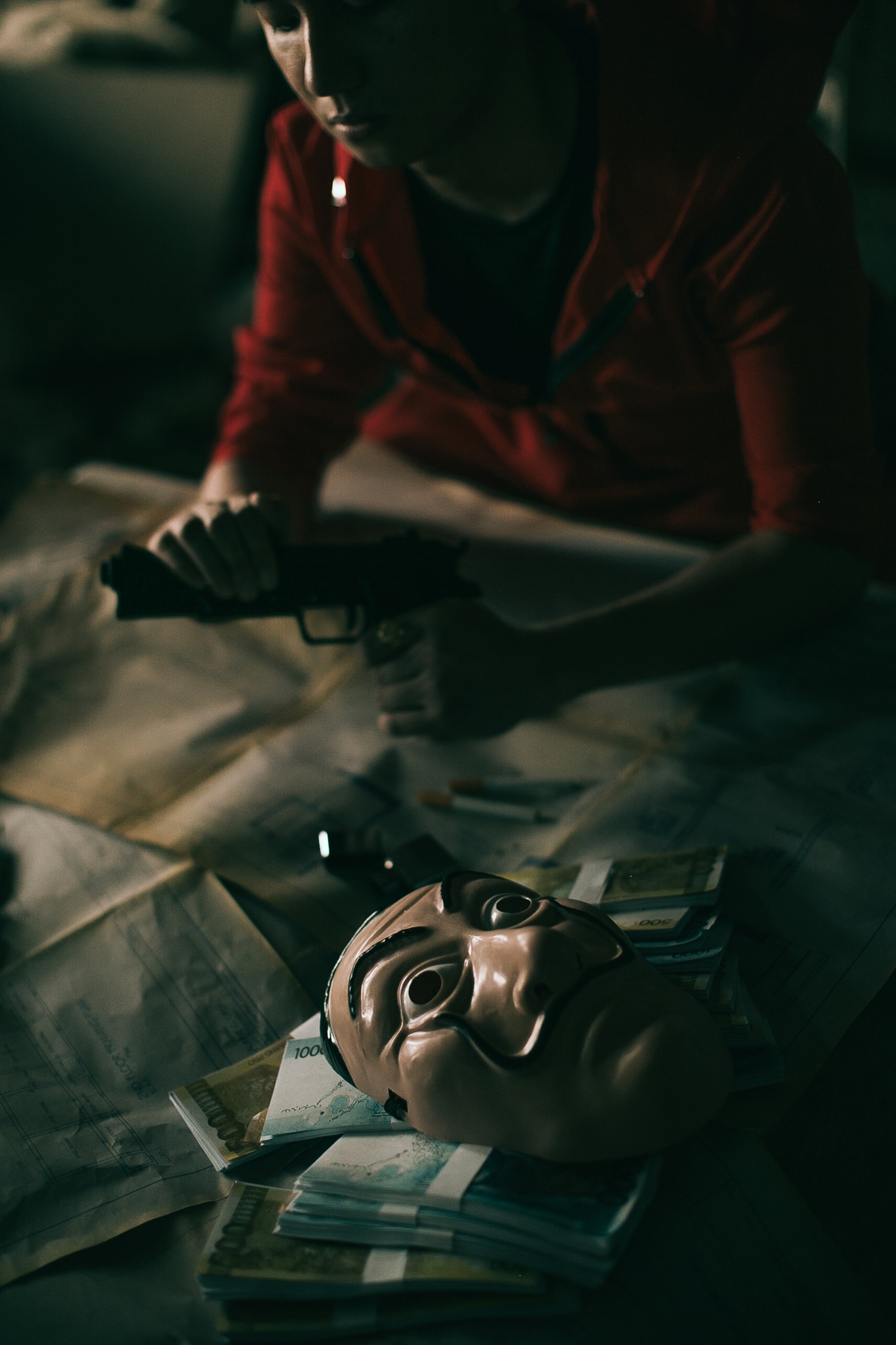 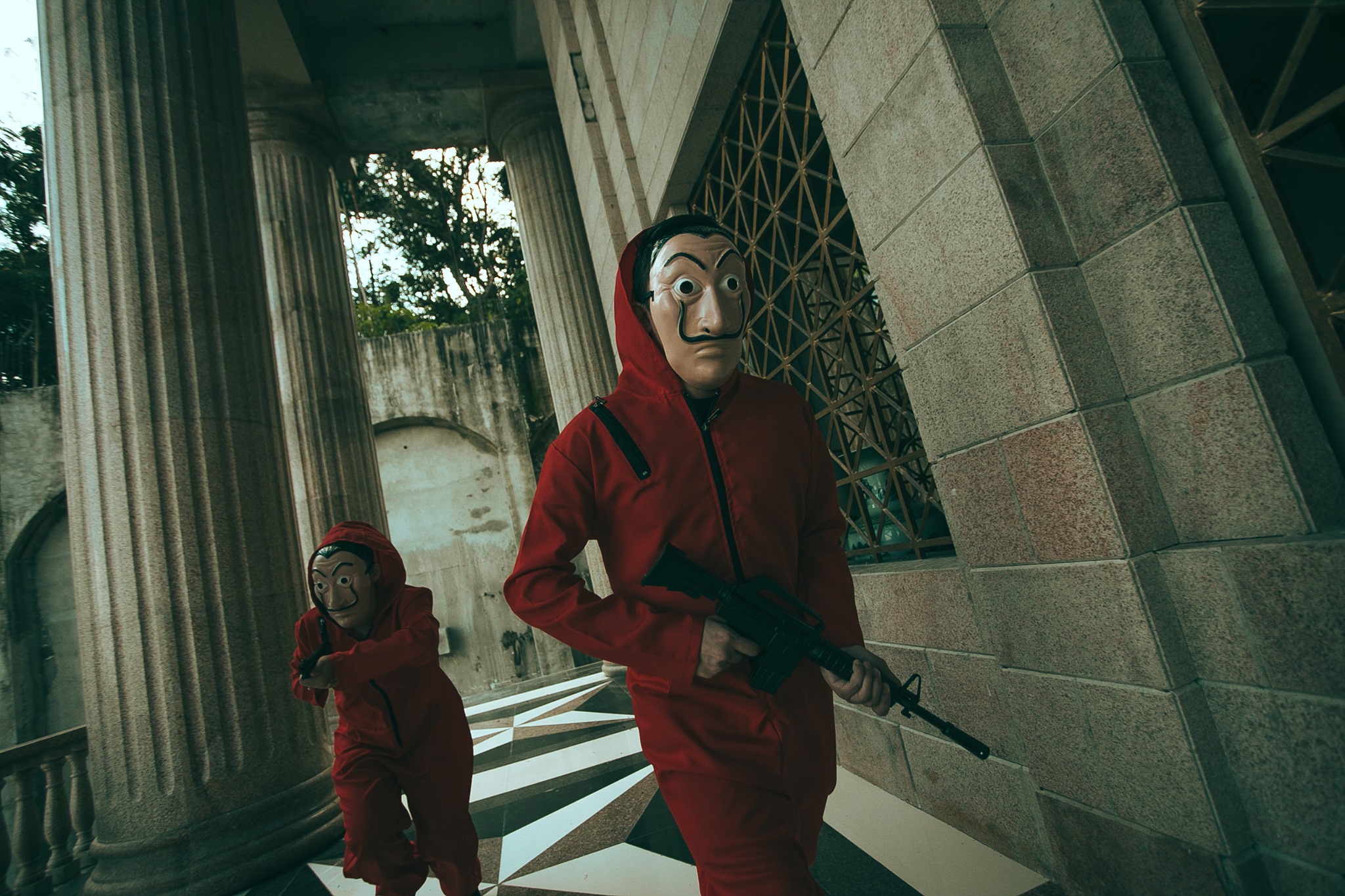 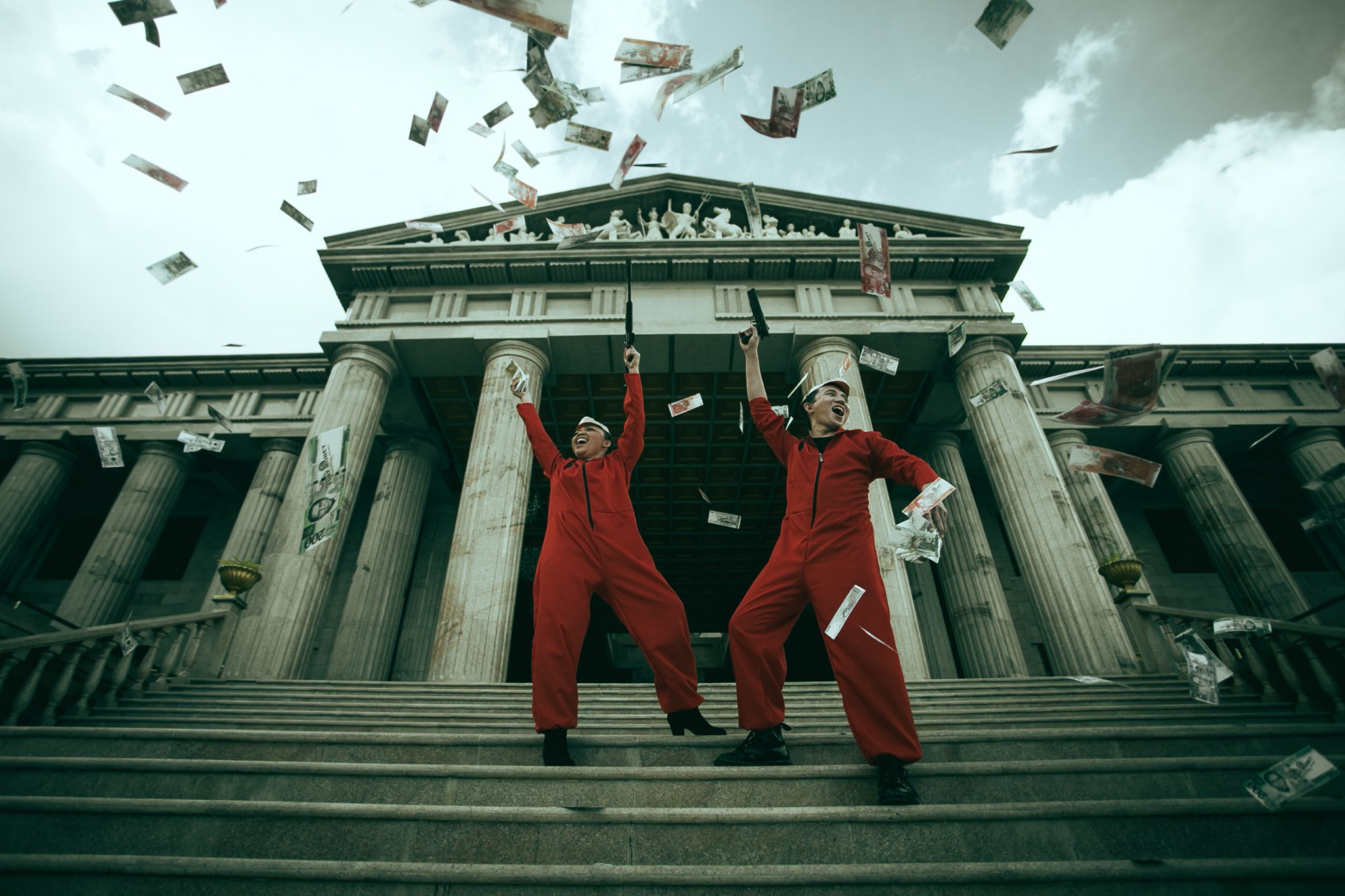 “My favorite photo was the one shot in front of the building with money flying around the couple. It is my favorite shot as it depicts victory. It also captured the couple’s raw emotion of their success. Another reason as to why I chose that photo as my favorite is because the building’s appearance looked a lot like the one in the series. So in one picture, the whole concept of the shoot was summarized,” Caballes said.

Red is a writer, social media manager, and a full-fledged beauty aficionado.