There are currently over 169 vaccines under development; 26 of them in clinical trials.

One of the effects of COVID-19 in many countries is that geopolitics has entered their healthcare systems and national conversations, especially in developing or poor countries like the Philippines.

There are now 35.6 million COVID cases and 1.04 million deaths around the world. And the vaccine race has seen alliances forming between governments—not always for scientific or economic reasons.

On Sept. 14, President Rodrigo Duterte reiterated during his midnight address to the nation that his government would prioritize buying vaccines developed by Russia or China. He had earlier volunteered the Philippines to be part of Russia’s early-stage Sputnik V vaccine human trials.

Remdesivir is an experimental drug that most people with COVID today will never have access to. In July, the Trump administration bought 500,000 doses, which was 90% of Gilead’s production until September.

Singapore and Japan have positioned themselves in the US corner to receive vaccines developed by American biotech and pharmaceutical companies, while the US and UK have spread their bets to multiple vaccine developers across the pond.

The Philippines has become the epicenter of COVID-19 in Southeast Asia (20th globally), despite having one of the strictest and longest lockdowns in the world, with 324,762 cases and 5,840 deaths as of today, Oct. 6.

PH among top 20 countries with most COVID-19 cases

Trump and First Lady Melania Trump tested positive for Covid-19 on Oct. 2 (Manila time) and the US president was taken to Walter Reed Hospital a day later.

According to his physician, Dr. Sean Conley, Trump received a cocktail of antibodies and experimental drugs such as Remdesivir—the first drug approved by the US authorities to treat Covid 19—Dexamethasone, and Regeneron’s REGN-COV2 .

He was not treated with Hydroxychloroquine, a drug he repeatedly pushed for months, retweeted doctors who endorsed it, and claimed he was taking in May.

Remdesivir, made by Gilead, has shown it can “reduce hospital stays from 15 to 11 days but does not significantly reduce the odds of dying of the coronavirus,” according to a Washington Post report. “Remdesivir was developed in partnership with government agencies and at least $70 million from US taxpayers.”

Most people with COVID today will never have access to this drug because in July the Trump administration bought 500,000 doses, which was 90% of Gilead’s production until September.

The US Center for Disease Control and Prevention (CDC) said a COVID-19 vaccine will not be available until next year at the earliest, directly contradicting Trump’s speeches that it will be available in October, ahead of the US presidential election on Nov. 3.

That all vaccines are still in clinical trials and no one knows for sure if they will work hasn’t stopped rich countries from ordering billions of doses, with options for millions more.

It hasn’t stopped other countries either from allowing their citizens to be inoculated outside of clinical trials by Chinese companies. The reason: to gain “early access” to these drugs once they are proven to be successful.

It’s a gamble governments hope will pay off as COVID-19 has become a political Damocles sword for many leaders with their economies in recession and terms of office nearing their end.

According to the World Health organization (WHO), there are currently over 169 vaccines under development; 26 of them in clinical trials or being tested on humans at varying sample sizes and dosages.

Once approved, any of the COVID-19 vaccines in development today will go down in scientific history as one of the fastest ever developed as they typically require years of research and testing before they are ready for use.

WHO has said it will help facilitate equitable distribution of COVID vaccines. But the reality is that poor nations, without the money to order millions of doses in advance, will have to wait.

There are five stages before a vaccine becomes available to the public. Here’s what the phases mean:

1. Pre-clinical: Scientists do tests on animals and in lab experiments.

2. Phase 1 safety trials: Testing is done on a small number of healthy participants to assess safety and correct dose.

3. Phase 2 expanded trials: Testing is done on a larger group of people, including children and the elderly and those at higher risk of illness.

4. Phase 3 efficacy trials: Testing is done by the tens of thousands, including those who will get placebo, to check effectiveness and safety.

5. Approval: The vaccine’s trial results are reviewed by regulators in each country who then decide whether to approve it or not and make it available to the public.

The World Health Organization has said it will help facilitate “equitable access and distribution of these vaccines to protect people in all countries. People most at risk will be prioritized.”

Manufacturing of vaccines on a mass scale takes time. And with rich countries having ordered doses by the hundreds of millions each—starting at the early stage of double-blind testing—the reality is that poor nations or those that have not placed advance orders with drug manufacturers will have to wait.

Four countries are leading the vaccine race and are at different stages of testing: the US, UK, China and Russia.

Who will Filipinos trust? Here’s a look at some potential vaccines. 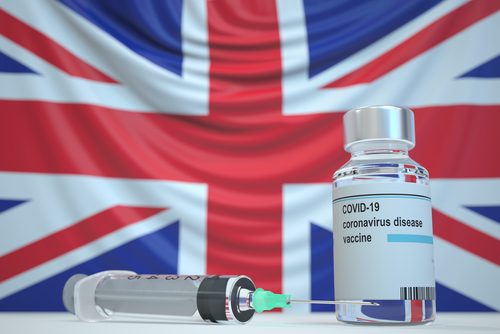 One of the first to go on human trials and the most anticipated vaccine is being developed by Oxford University and biopharmaceutical company AstraZeneca.

In September, Oxford announced they were expanding their Phase 3 clinical trial of the ChAdOx1 vaccine to the United States with 3,000 participants.

“Participants are being randomized to receive two doses of either ChAdOx1 nCoV-19 or a saline control, four weeks apart, with twice as many participants receiving the potential vaccine than the saline control,” the university said.

They recently paused trials to investigate illnesses in a participant and restarted them in the UK and India after inconclusive data connecting it to the vaccine.

The British firm GlaxoSmithKline (GSK) is working with the French pharmaceutical company Sanofi to develop a vaccine. Sanofi Pasteur, the vaccine division of the drug maker, is the largest company in the world devoted entirely to vaccines. 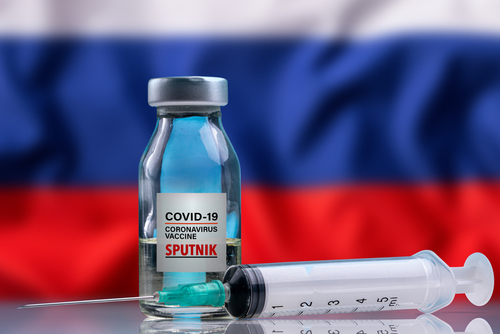 The Ministry of Health’s Gamaleya Research Institute of Epidemiology and Microbiology is behind the vaccine called Sputnik V—a nod to the world’s first satellite developed by the USSR—which was previously named Gam-Covid-Vac.

In August, President Vladimir Putin announced the vaccine had been approved even before Phase 3 trials began, a move criticized by scientists and skeptics around the world.

Ten days later, Putin walked back the announcement and said it was only a “conditional registration certificate.”

Russia has already negotiated to supply Sputnik V to countries including Mexico, India and Brazil. Moderna, a biotech company focused on vaccine technologies and drug discovery, and Pfizer in collaboration with the German biotech firm BioNTech, are leading America’s effort in the vaccine race.

“The leading vaccine candidates both deploy a new, long-promised technology. Their core is a piece of mRNA genetic material that in this case encodes for the spike protein—the bit of the coronavirus that helps it enter human cells. The vaccine induces cells to take up the mRNA and make the spike protein and, hopefully, stimulates an immune response,” writes Sarah Zhang in The Atlantic.

In July, the Trump administration awarded the contract for 600 million doses to Pfizer at the cost of $1.95 billion (P94.5 billion), with the first 100 million doses promised by December. 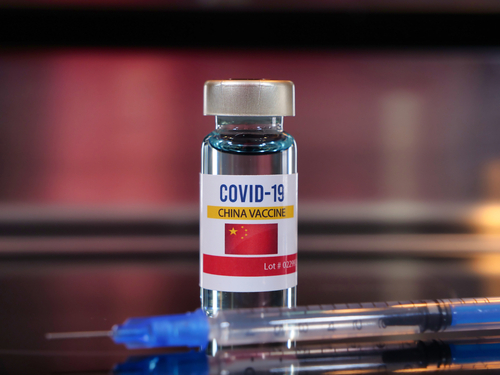 Before Phase 3 trials were completed, the Chinese government and biotech firms deployed three experimental vaccines and injected them into hundreds of thousands of citizens including frontliners, the military and employees of the firms that made them—which drew sharp criticism from doctors and media citing safety and ethical grounds.

A subsidiary of the state-owned Sinopharm, China National Biotec Group (CNBG) has injected two experimental vaccines into 350,000 people outside its clinical trials despite concerns.

Sinovac Biotech has injected 3,000 people including 90% of its employees and their families, Sinovac CEO Yin Weidong said.

He also told state media, “At present, tens of thousands of people in Beijing should have been vaccinated with Sinovac's vaccine.”

Biopharma firm CanSino Biologics, which is backed by the Chinese military, also administered an experimental vaccine to members of the armed forces.

Stage: Large-scale administration of experimental vaccines in China and other countries outside of Phase 3 clinical trials for CNBG, SinoVac and CanSino.

Update: American drugmaker Johnson & Johnson said on Oct. 12 that it has paused its 60,000-patient, late-stage clinical trials and enrollment due to “an unexplained illness in a study participant.”  The company gave no further details. Halting clinical trials is not uncommon in vaccine development.

Heads up, aspiring Iskos: UP reminds applicants to prepare for the May 31 UPCA results