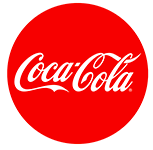 If making magic is all about weaving together the everyday and the extraordinary, then the journey of Teejae Sonza, Coca-Cola Group marketing director, with the world’s beloved brand, is nothing short of magical.

As early as her college days at the Ateneo de Davao, Sonza was already keen on doing her part in nation-building. She had a degree in economics, was preparing to go to law school, and was offered a dream job at what was then the Mindanao Economic Development Council. She planned to eventually work with the United Nations or similar organizations that change the world.

However, a campus career fair presented a fork in the road and Sonza, who was 19 at the time, figured she had time to explore a little. Coca-Cola offered her a spot in their management training program, and she accepted because she was curious, having grown up with the brand.

Soon, the girl who grew up in Davao started working in Manila and was then assigned to different parts of the Philippines, to places she didn’t even know existed. As a management trainee, Sonza shifted to different roles every two years in different fields—operations, sales, marketing—learning a lot about herself, the country, and even the world each time.

“Over the course of that, I realized that you don’t have to follow the stereotypical path if you want to make a difference,” she says. With Coca-Cola, Sonza feels that she hasn’t strayed from her original objective at all. If anything, she is still headed in the same direction; the path just looks different.

This was something she first realized when she got to talk to sari-sari store owners, especially the women. “They are businesswomen,” she stresses. Listening to them speak about how much Coca-Cola was a part of their business and how it had changed their lives convinced Sonza that she was, indeed, still in the business of changing the world.

An active role in society

Over twenty years later, Sonza is still with Coca-Cola, having found her place in marketing. Last year, Sonza was appointed group marketing director for the Coca-Cola Trademark in ASEAN and the South Pacific, responsible for brand growth strategies in 30 countries.

In her new role, Sonza sees even more clearly how she is part of changing the world, both in her marketing role and as an employee. “If you have campaigns that surprise, delight, and inspire people and help them believe in a better world, that’s making a difference,” she says. “Aside from the community activities that we do as a company, like ocean cleanup, disaster relief, women empowerment programs, with just the things I do every day, I feel I am making a difference.”

Sonza has lasted this long with Coca-Cola also because her need for learning is always satisfied. In fact, her career is paved with many lateral transfers. “I’m a fan of horizontal movement,” she says. “Increase in pay is a sign of progress, but it is the increase in knowledge that prepares me for different roles. My first seven years in Coke was in field operations, and I think it really prepared me to be grounded as a marketer.”

It was in 2007 that Sonza made the conscious decision to stay in marketing. “It was really about understanding what drives me as a person and reflecting on the things that I enjoy doing,” she shares. “I enjoy storytelling. The best part of the organization that allows me to do that is marketing.”

She also gets to apply her skills in analytics and strategy-building. “To be able to shape the way people experience your brand and how people’s relationships evolve with your brand is also appealing,” she explains.

“There was also an opportunity to inject some of my worldview, I guess, into the communications to help inspire people to do good in the world. I’m very happy that I get to do that.”

Sonza’s marketing career has seen her revitalize brands by clearly identifying the experience she wants to create for consumers and the story she wants to tell. With Wilkins Water, for instance, she shares, “Everybody can relate to the need to keep our family safe and for entities that we can trust to keep us safe. That is the insight that we latched on to when we relaunched Wilkins back in 2008, for people to have a water to turn to that we know is distilled with the highest global quality standards, that with every bottle of water, you can be assured you are safe.”

In Vietnam, Sonza was also able to help shift Coca-Cola from market challenger to market leader. “It’s really about understanding how we are able to draw new users,” she says. “Vietnam was opening up to the world again and there were a lot of new possibilities and opportunities, so they need both the physical and mental energy to uplift them so they can seize every moment and every opportunity.” They launched the Uplifting Breaks campaign, which helped propel the brand.

Sonza is one of the very few Filipinos who have made it this far in the company. Handling the ASEAN and South Pacific markets was quite daunting at first, and she was both intimidated and excited. “These countries couldn’t be more diverse in terms of culture, government, religion, language, alphabet, and development of the business,” she says.

A brand that listens to the world

It helps that Coca-Cola is now a network organization with a very strong collaborative culture. Sonza is in constant communication with her counterparts in other regions, sharing best practices and lessons learned. “There is a wealth of knowledge within the system that we can mine if we talk to each other more,” she shares. “What I’m learning now is that there are many things about the world that are different, but there are more things that are the same. And if we focus more on the things that are the same, that is when—forgive the pun—magic happens.”

Last September, Coca-Cola unveiled its new brand philosophy, Real Magic, which celebrates the magic of humanity. In a sense, the campaign is a way for the brand to help usher people into the next normal. The pandemic has been a protracted test of everyone’s patience and resilience, but there are many stories of how finding the extra in the ordinary—the magic in the everyday—helped people cope.

Real Magic, however, came to light even before COVID-19. “We are in the age of dichotomy. It’s turning out to be a very binary world, with people judging people based on their ideologies, and we’re all the more being divided,” Sonza explains, “So the world is in need of upliftment, physically and emotionally. In the age of a divided world, it was natural for Coke to come in because throughout its history it has always been about bridging the divide.”

Differences should be celebrated and not feared because they make the world a more interesting place. “That’s the lens of Real Magic, really,” she says. “Celebrate this diversity, look at this as a chance to make life more fun, more exciting, and better. The magic happens when people get together, over a meal, for example, or even online, sharing experiences, like playing video games. When we allow ourselves to connect to others there’s magic there.”

A part of Sonza

In a way, Sonza herself grew up with this magic. Coca-Cola was a constant presence in her life. She had family members that worked in the Davao plant; her grandmother had a sari-sari store, which she would often tend to. There was always a bottle of Coke—during breaks, in every party, at every mealtime.

Sonza recalls being hard to feed as a child, and her grandfather would always admonish her. “In hindsight, it was a way for him to instill some of the values I keep with me,” she shares. “He used to say ‘Ang grasya hindi pinaghihintay.’ Of course, he was referring to food, but, thinking about it now, it also applies to opportunities. When they come, hindi mo dapat pinaghihintay.”

When Sonza wouldn’t finish her food, her grandfather would remind her “Ang ibang tao hindi nakakakain” over and over. “It taught me to appreciate what I had and recognize that whatever I have is a responsibility to be shared to others because not everybody has the same opportunities.”

Her grandfather’s statements seemed very ordinary then, but when she lost him just last September, it was these very moments that she kept going back to, seeing them now in an extraordinary light.

When Sonza was younger, she imagined her legacy to be something tangible—a memorable campaign, a trophy, or a certain level of sales, for instance. But after hitting and surpassing her targets, she found herself in an unending and unsatisfying chase for new ones.

“The focus of my legacy now is that I hope I am able to make an impact on the people I work with, so that every day they feel inspired to come to work,” she says, “Especially the young professionals. My hope is that they grow in the corporate world to be not just brilliant in marketing but also conscientious about their work and good people.”

Editor’s Note: BrandedUp is designed to provide you with insightful, inspiring and educational content created by PhilSTAR L!fe in collaboration with brands like Coca-Cola.