The morning after the Miss Universe 2020 pageant, Rabiya Mateo penned a brief but heartfelt message to Filipinos, her mentor and the country.

An outpouring of support came Rabiya’s way after missing a spot in the pageant’s Top 10, which many Pinoy fans think she should have been part of. In an Instagram post, Rabiya said, “It was such a beautiful moment to represent you, Philippines. I am forever honored to be part of the legacy, of our history.”

The Ilongga beauty queen also recounted the journey she took leading to the Miss Universe pageant—preparations, sacrifices and lessons that she learned.

“In my heart, I did everything I can. I trained really hard to be physically fit. I would have sleepless nights trying to read articles to be updated. I made a lot of sacrifices people can’t sometimes see,” Rabiya said.

She continued, “Early call time. Late night rest. Trying to be sane and motivated. It was a challenge but it made me so much stronger every day.”

In her message, Rabiya also thanked Miss Universe Philippines creative director Jonas Gaffud, who said that had Rabiya made it to the Top 10 of the pageant, she would have been a great contender for the crown. However, “it is not her destiny.”

"I also wanna say thank you to my creative director @jonasempire.ph. I know how much you’ve sacrificed for me. I love you Mama J!”

After the grueling and hectic days leading to the Miss Universe pageant, what’s next for our queen? Well, for now, it seems like Rabiya just wants to enjoy a round of samgyeopsal like what she said in her Instagram Stories: “Gusto ko na mag Samgyup.” 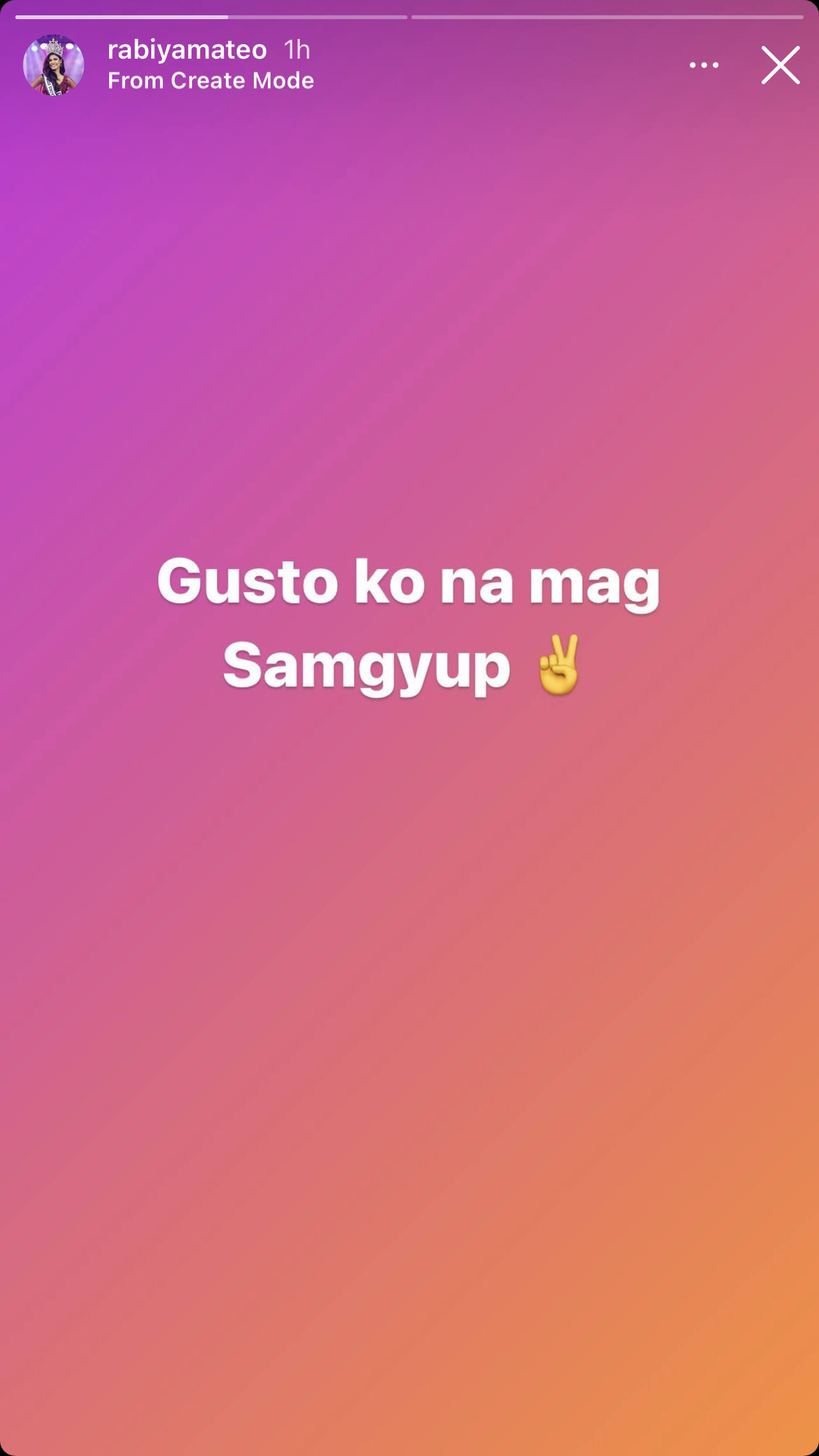 Everything I know about starting anew in life and love

Curly Girl Method: What is it and how does it help Pinays embrace their natural curls

Scent and healing: The benefits of aromatherapy