I’m guilty of becoming more superficial and mindless in swiping when the COVID-19 pandemic happened. I open the apps whenever I can’t sleep, in between boring Zoom meetings or during lunch breaks. I’ve had matches expire because it’s either I forgot about it or I just wasn’t that interested in the person to begin with.

Studies show that there was an increase in online dating app users during the pandemic mainly due to boredom and because dating apps were the only way to meet people. Matches whom I haven’t heard from for a long time suddenly decided to casually send messages. The lockdowns also amplified loneliness and the lack of physical touch and intimacy may have also contributed to the increase in the number of men who sent me unsolicited photos of their private parts.

The pandemic also turned out to be a convenient excuse both to not ask a person out and to not accept invitations of those you’re not into that much. But should you decide to take that step further and go see each other, you now have a lot of things to think about.

The thing with online dating, pandemic or not, is that apps present you with so much options, which is both good and bad.

Unlike pre-pandemic when you could just easily set a place and time to meet up, you now have to consider the risks of going out and possibly getting the virus. Before, I would only be particular about background, interests and knowing whether he’s in the app for fun or something more serious. Now, I would also have to ask whether he’s vaccinated or not. With all the risks and inconveniences, should I go on a date, it better be worth it.

The one who was resurrected from the dead

I was brave, or stupid depending on how you look at it, to have actually met up with two men during the time when vaccines have yet to be rolled out. To be honest, I didn’t feel much chemistry with Guy 1 but I decided to meet up with him for coffee because, who knows, he might be different in person.

Are people still dating and having sex two years into the pandemic?

It may have been the most awkward date I’ve had as we absolutely had nothing in common and I was struggling to keep the conversation rolling. I thought, I‘ll do us both a favor by cutting it short and went grocery shopping instead as I found selecting lettuce at the vegetable section much more exciting. 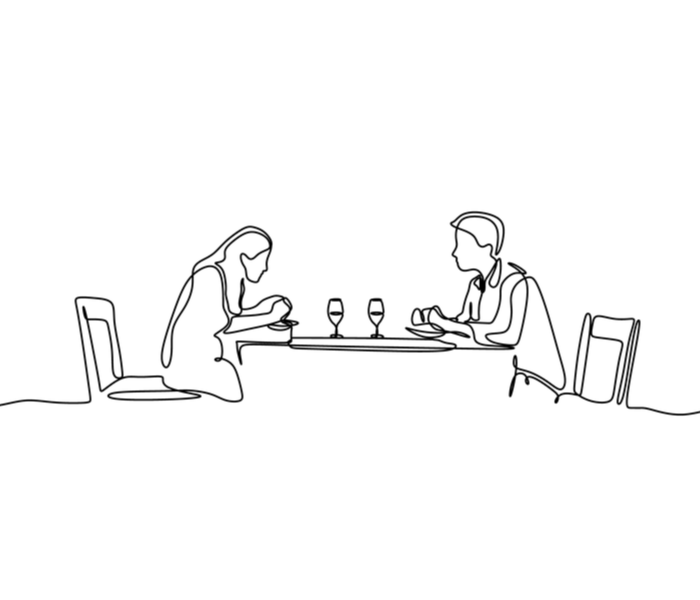 Guy 2 made his presence felt a year after he asked for my number that it took a while before I recalled who he even was. We had dinner and I found him nice, articulate and smart; quite the opposite of Guy 1. He had potential but it didn’t turn out to be anything more than that.

They say you have to kiss a lot of frogs in order for you to find your prince. Having more disappointments than success, many times I’ve asked myself, do I still want to do this?

The one where the universe played a cruel joke

The thing with online dating, pandemic or not, is that apps present you with so much options, which is both good and bad. Good because it widens everybody’s horizons, enabling you to even match with people from across the globe.  But bad because, even if I’ve already clicked with someone, at the back of my head, there’s this voice asking me: “What if there is still somebody better out there?”

The Omicron surge after the holidays, again, had people stay put and it was during this time that I matched with this attractive and kind man who was insanely aligned with my personality and interests. It felt like I was talking to a male version of myself and it was nice to have unforced and flowing intellectual conversations on topics that I have great interest in and are passionate about. He told me he would have dated me in a heartbeat. I would have as well.

There’s just one problem. He was in the freaking Netherlands. 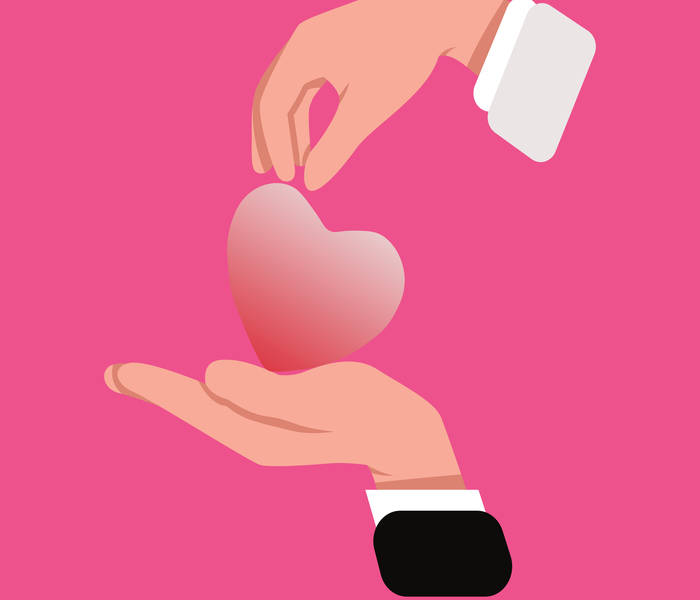 I knew from the get-go that it wasn’t sustainable, but I was immensely enjoying talking to this guy. Why not? I had lots of free time to waste. Younger, naive me would have probably already created these romantic scenarios in my head on how this long-distance romance would end up in a happy ending just like in the movies. Older, wiser me though knows better. No matter how strong the connection or how intense the flirting is, it’s reckless to invest emotions in someone you haven’t seen yet in person.

When he stopped sending messages, I didn’t take it personally. I just figured he might have started dating someone within his vicinity and it’s fine because I did the same.

Dating apps 101: How to make the most of (and actually enjoy) online dating

Almost post-COVID and things are slowly getting back to normal, I started dating this German guy who’s here in the Philippines because of work. It was after the third date that my gut told me something was off, yet, I continued to see him.

Then, sometime later and without any warning, I got dumped.

What he did was unacceptable and totally disrespectful. He was a jerk, no questions about that, and I was immensely annoyed. My ego had me fixated on the way he ended things when I should have actually been more concerned with something of much greater importance that should have made me run away sooner.

When my emotions subsided, that’s when I realized that I made a major lapse in judgment. 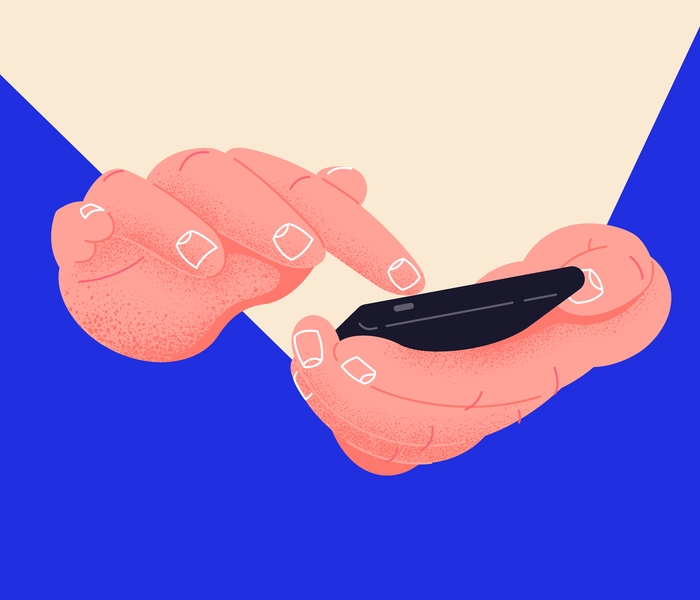 I’m that type of person who does intensive research prior to meeting up with someone. I was able to get a lot of details from our conversations and his dating app profile and, yet, I can’t find a single information on him online. No Facebook, Instagram nor LinkedIn. No Google search results. No whatever.

He has no digital footprint and in today’s world wherein everyone’s on the internet, having no online presence is a glaring red flag.

Why did I ignore the red flags? Probably because for the first time in a long time, I felt wanted.

Why did I ignore the red flags? Probably because for the first time in a long time, I felt wanted. I came from a traumatic dating experience and it felt nice to be held and to have someone take care of me. He was straight to the point, decisive and never made me second guess that he liked me. Well, at least before he decided to pull off that douchebag move.

When life presents you red flags, remind yourself not to use it as a blanket to sleep with at night. Repeat a thousand times.

The one who I have yet to find

When the gods of romance made it rain with good dating fortune, I was probably in the bathroom peeing. Some girls only dated one guy and found their soulmate. Some got into relationships, and even got married, during the pandemic.

I’m a walking paradox. I’ve become so comfortable with being alone. I like being in control of my time and not having to consider somebody else’s decisions. Yet, there are days that I’m longing for someone and it’s frustrating how I still cannot find that rare fish in an ocean that is supposedly full of it. 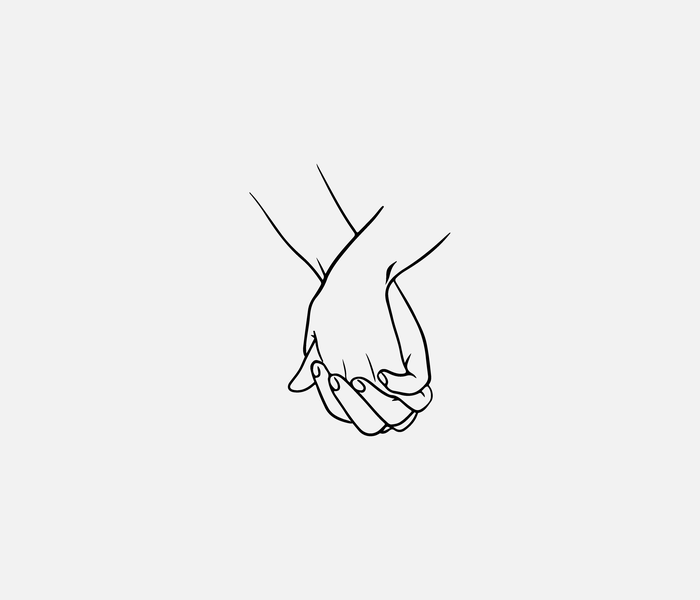 They say don’t look for love because it will find you. However, the only way for it to find you is if you put yourself out there, take down your walls and become vulnerable. You need to arm yourself with mental fortitude and emotional stamina because the process can be downright exhausting.

While the disappointment is inevitable, each experience enabled me to discern men better and contributed to the foundations of my non-negotiables in a potential romantic partner. These dating fails have made me realize the things that I’m not willing to tolerate in a relationship that I, somehow, can spot the familiar red flags early on because they trigger certain memories of situations that I don’t want to find myself again in.

So what do I want, really? I want to finally uninstall my dating apps, not because I’m sick and tired of it, but because, at last, the gods decided to lead me to the direction of that person meant for me.

Until the universe decides to conspire in my favor though, I will continue to hold the auditions, hoping to finally make that last swipe.

Love stories in the age of ‘swipe right’

Joanna is a Project Manager at an electric utility and co-founder of local activewear brand, Avyanna Athleisure. She is passionate about fitness, a lover of the ocean and will not function until she has coffee in her system. She has successfully mastered making chocolate chip cookies and banana breads because of the quarantine.