We're just a hop, skip, and a jump away from saying goodbye to the Tiger and all the wails and travails it brought—from separation to aggression and tension—and welcoming the Rabbit and all the promises it brings.

"After an aggressive year brought about by the ferocious Tiger, the calmer, tamer, gentle Rabbit brings a year of love, romance, harmony, connection, and reconciliation," predicts Philippine feng shui queen Marites Allen, who herself used feng shui (an ancient Chinese art which literally means the way of wind and water) to find love and happiness after a failed marriage. "It's a year of moving on, letting go, and letting God."

"The center star is No. 4, which means it's the year of love, an auspicious year to fall in love, get engaged, get married and, yes, get pregnant,” she elaborates.

Rickety, Holy Rabbit! The rabbit is probably the most fertile mammal on earth, with female rabbits getting pregnant as young as five to six months old and producing as many as 12 to 14 kitties in a single birth every month until they're four years old.

"Rabbits do make a lot of babies," Marites says with a sheepish grin. "So, expect a lot of babies born this year, spilling over into the following year, the Year of the Dragon, which could experience a baby boom."

So, who's lucky in love? "The Rabbit, of course, and its friends, the Sheep and Pig, as well as its allies, the Tiger, Horse, and Dog," Marites enumerates. "However, with the presence of the Peach Blossom Star, there are possible sex scandals for some of those born in the Year of the Rat and the Year of the Rooster."

Wondering what the stars have in store for your Chinese zodiac in love? Here are the feng shui queen's predictions for each sign. 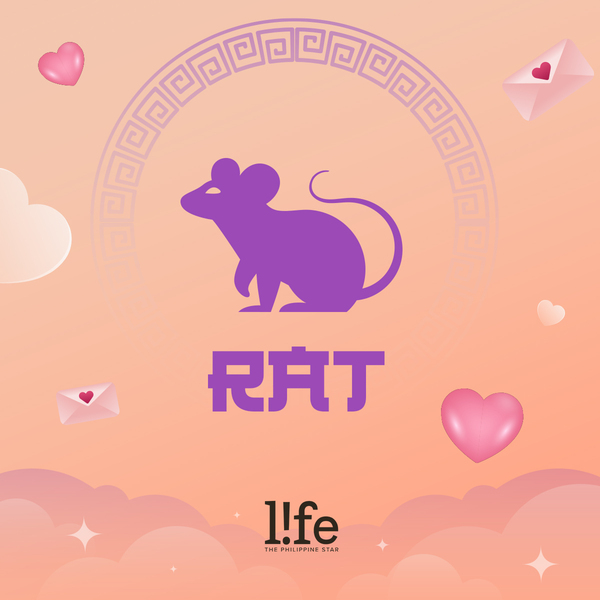 To all ye single Rats, stop squeaking and come out of hiding! It's time to look for "The One," because the flower romance blooms in your chart. Don't let your one true love wait. 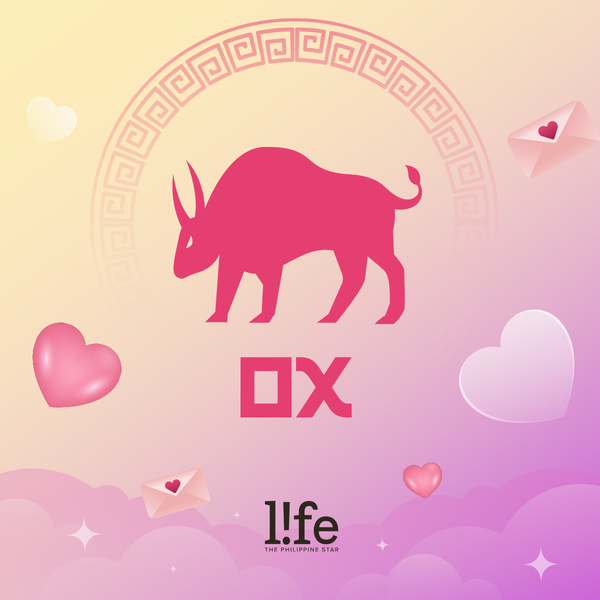 Because you spend so much time with your virtual mistress—that is, your work—your relationship with your loved ones will suffer and separation may happen. 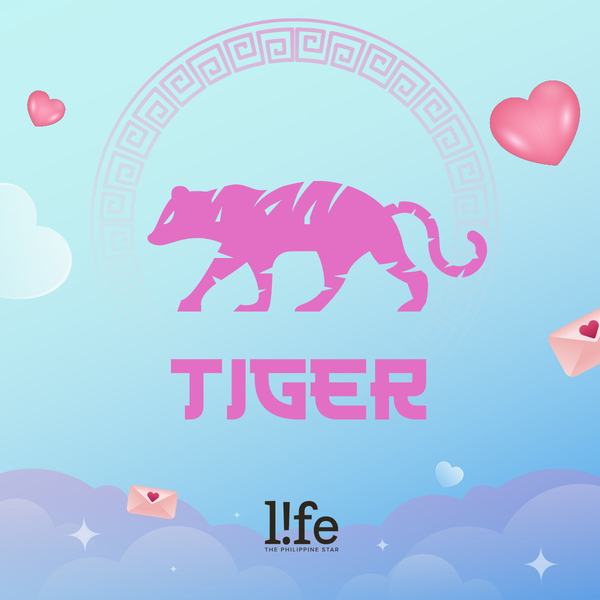 You may be a starry-eyed romantic, but be careful because the Robbery Star is in your chart—your partner or beloved could be stolen from you. Your relationships will be challenged. 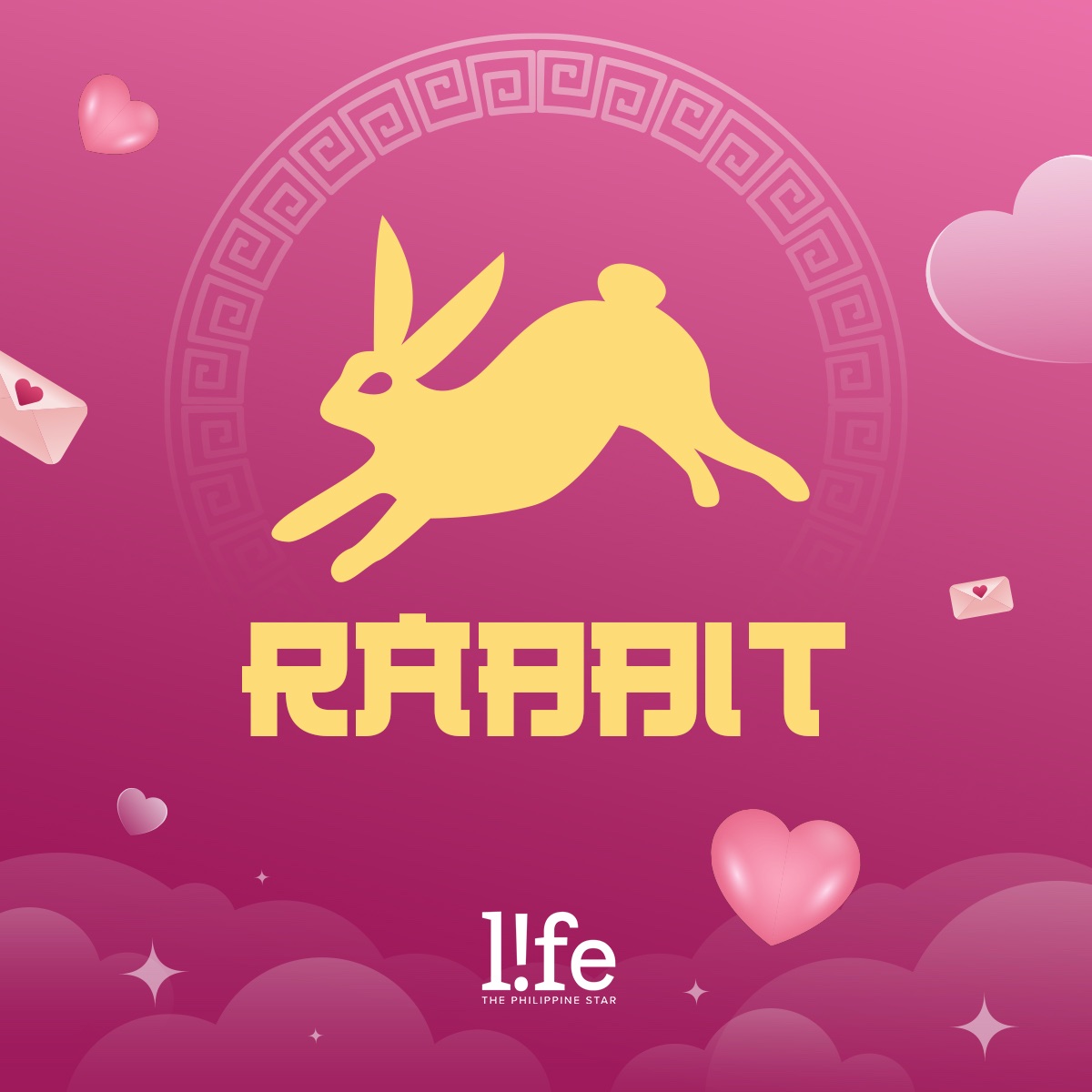 Don't go down that rabbit hole, Rabbit. It's your time to shine, so hop away! Your romantic opportunities are very promising. So, Rabbit, if you're single, go out and mingle! 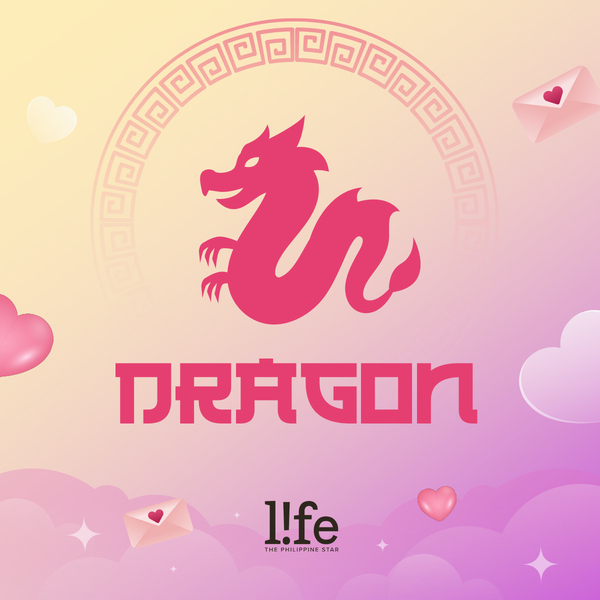 You could be breathing more fire than usual because the Argumentative Star lurks in your chart. There are possible negativities brought by hostile energies that can indicate heartaches and misunderstandings. Try to control what you say to your partner/spouse. You need tons of patience, tolerance, and restraint as challenges present themselves. Try to be forgiving. Avoid disagreements at all costs and let there be peace and harmony. 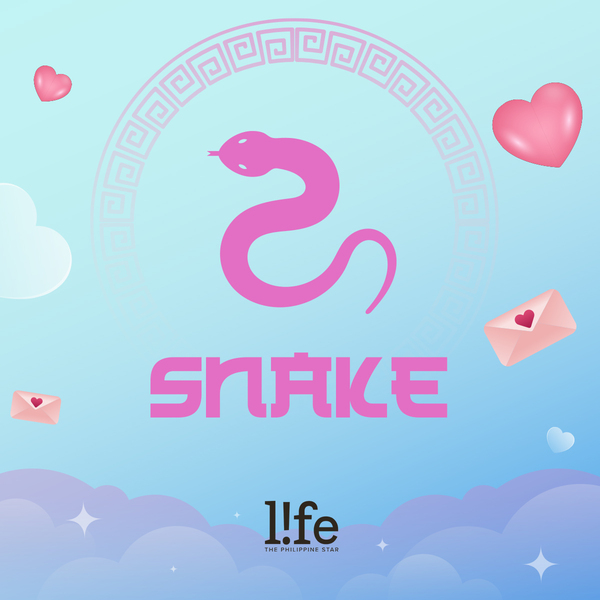 You will find a partner in your workplace, but you could be violating a company policy. Also, heed this friendly warning: The person you're attracted to may already be married. Didn't you check with the HR department? The Hostility Star is present in your chart this year to rock your peaceful life. There are indications of heartaches, misunderstandings, lawsuits, and lots of quarreling. To counter this, wear peaceful charms or fire-element energies, like red, pink, or purple. 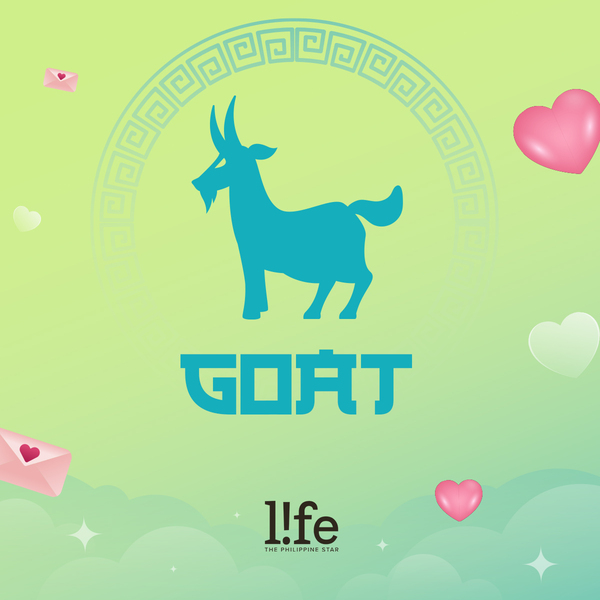 Wipe that sheepish grin off your face because you're good friends with the Rabbit and you're quite blessed this year. The auspicious Victory Star promises new beginnings and many new things, such as the chance to get engaged, get married, and have a baby. The single Sheep may find romance in the office, but better check the company handbook first as this may be a no-no. 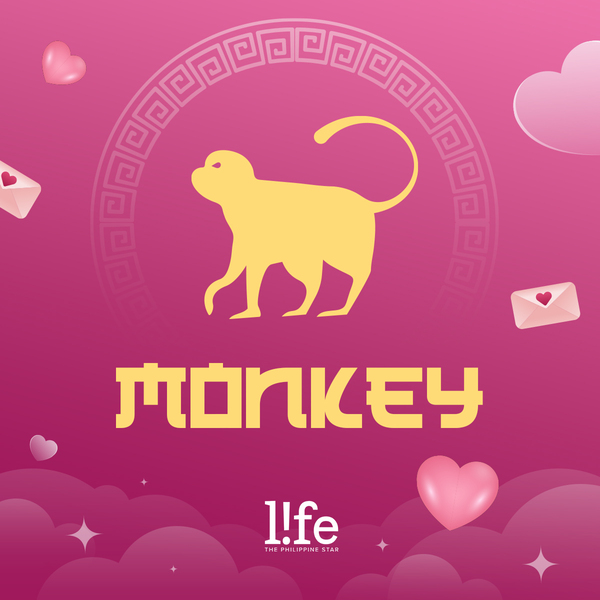 No monkey business please, dear Monkey, because it's time for some sizzling romance! Time to reconnect with estranged family and repair severed ties. But if things don't work out, move on—maybe it's not yet the right time, there's a season for everything. You may go through a heart-wrenching pain, but know that this, too, will pass. 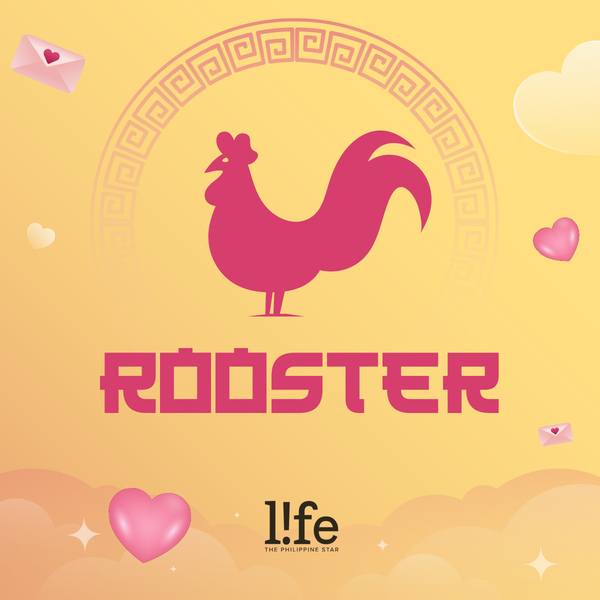 This is your conflict year, and there could be misunderstandings. So, be careful so as not to lose your ties with your family. You could experience both highs and lows so take it easy, lie low, and make some necessary changes. If you can, or you can afford it, move to a different home or location. 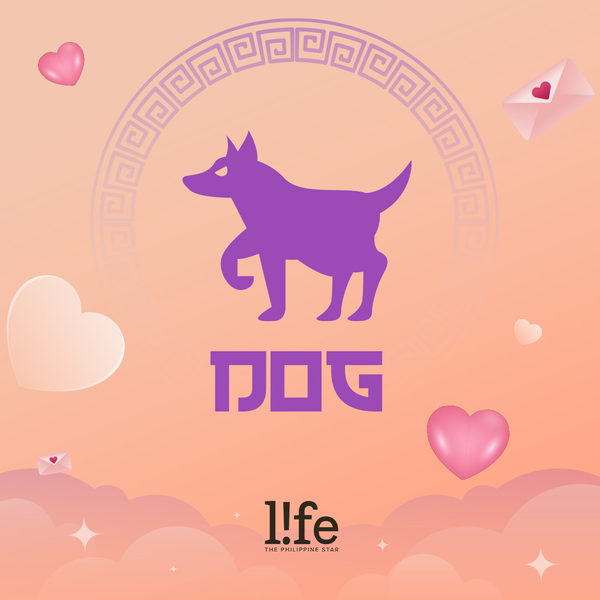 Single Dogs are lucky in love. It's a good time to fall in love and get married! On the other hand, the non-single Dog is advised to stay faithful to his partner. Being a secret friend of the Rabbit, you may be straying and hopping from place to place all the time. 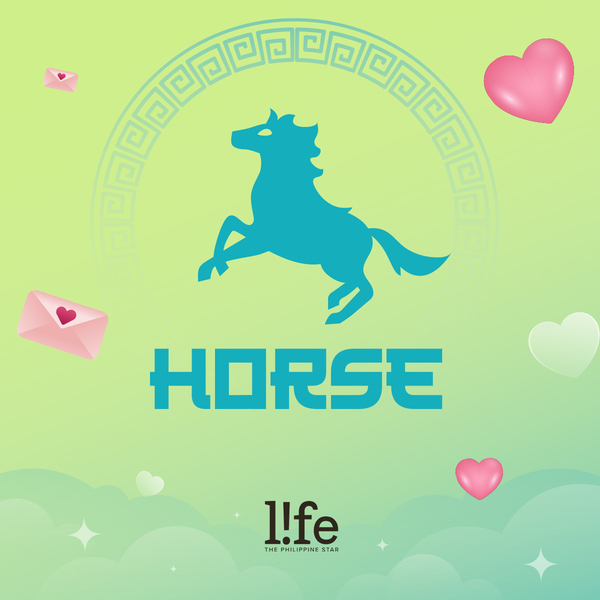 It's smooth sailing (or should we say, easy galloping) for you, Horse, in the love department. 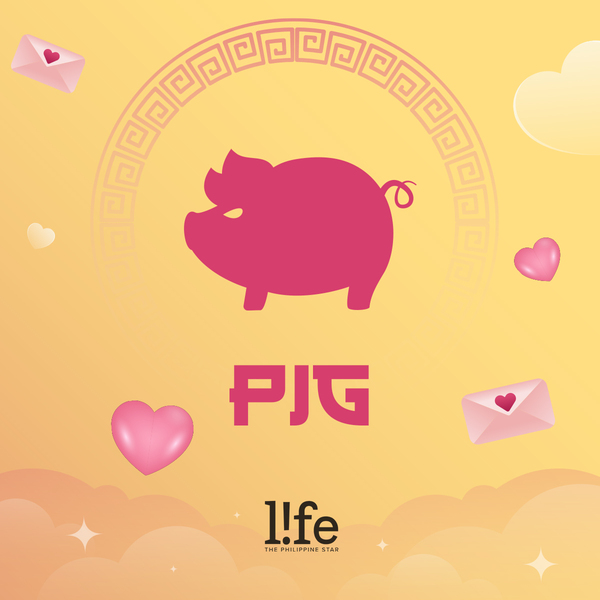 No need to grunt or snort, dear Pig, because exciting love prospects await! Suddenly, you'll feel that someone's the One you've been searching for your whole life! Yes, it's possible to fall in love at first sight—harbor no second thoughts about it.

LIST: Where to get prosperity fruit baskets to welcome the Year of the Rabbit

Ching likes to say she’s an “old hand at newspapering.” She was with the Philippine Star for three decades, among other newspapers.

AirAsia Philippines now flies to Tokyo via Narita, offers Red Hot Sale from as low as PhP22 one-way base fare