Planning your vacation leaves for next year?

Get your planners out and save the dates! A new proclamation declaring additional holidays and adjusting other non-working days for 2023 has just been announced.

President Ferdinand "Bongbong" Marcos Jr. on Wednesday, Nov. 16 issued Proclamation No. 90, which now declares January 2, 2023 as a special non-working day while April 10 and November 27, 2023 are now considered as regular holidays. This amends Proclamation No. 42 which was issued in August.

Time for vacation! Palace announces list of national holidays for 2023

"There is a need to adjust these holidays pursuant to the principle of holiday economics wherein a longer weekend will help encourage domestic travel and increase tourism expenditures in the country," Marcos said.

Since New Year's Day in 2023 falls on a Sunday the President said "it is but fitting to declare January 2 (Monday) as an additional special non-working day throughout the country."

Araw ng Kagitingan (April 9) falls on a Sunday as well. 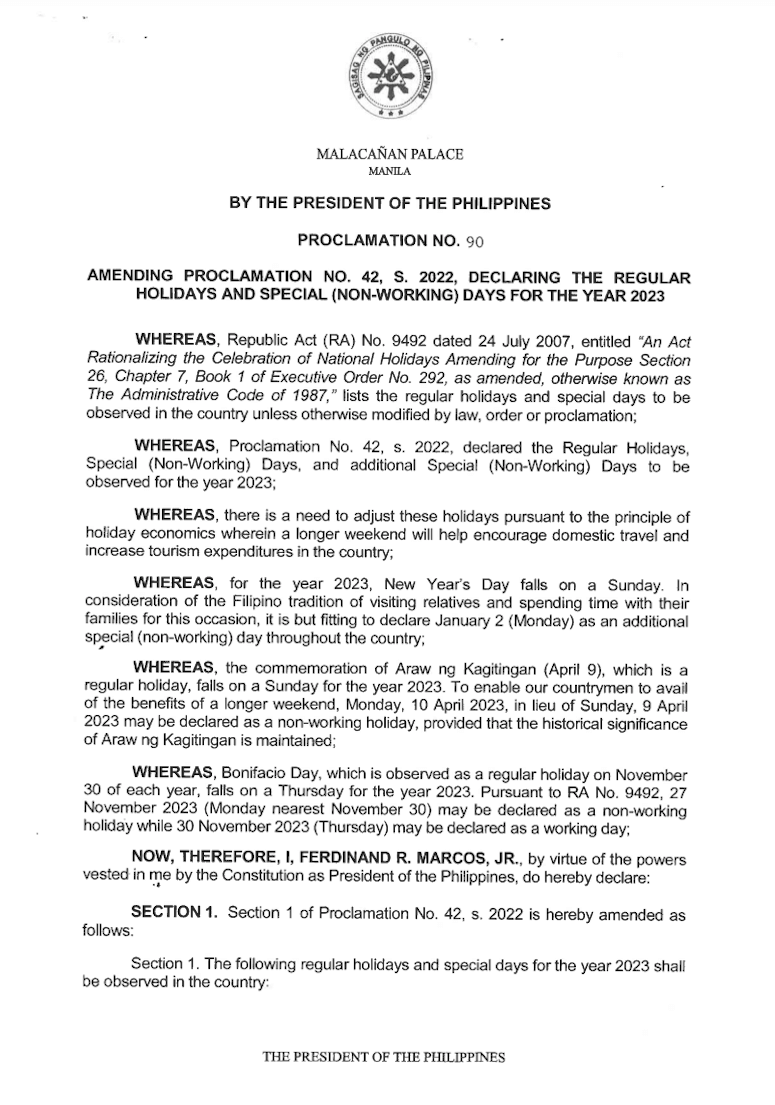 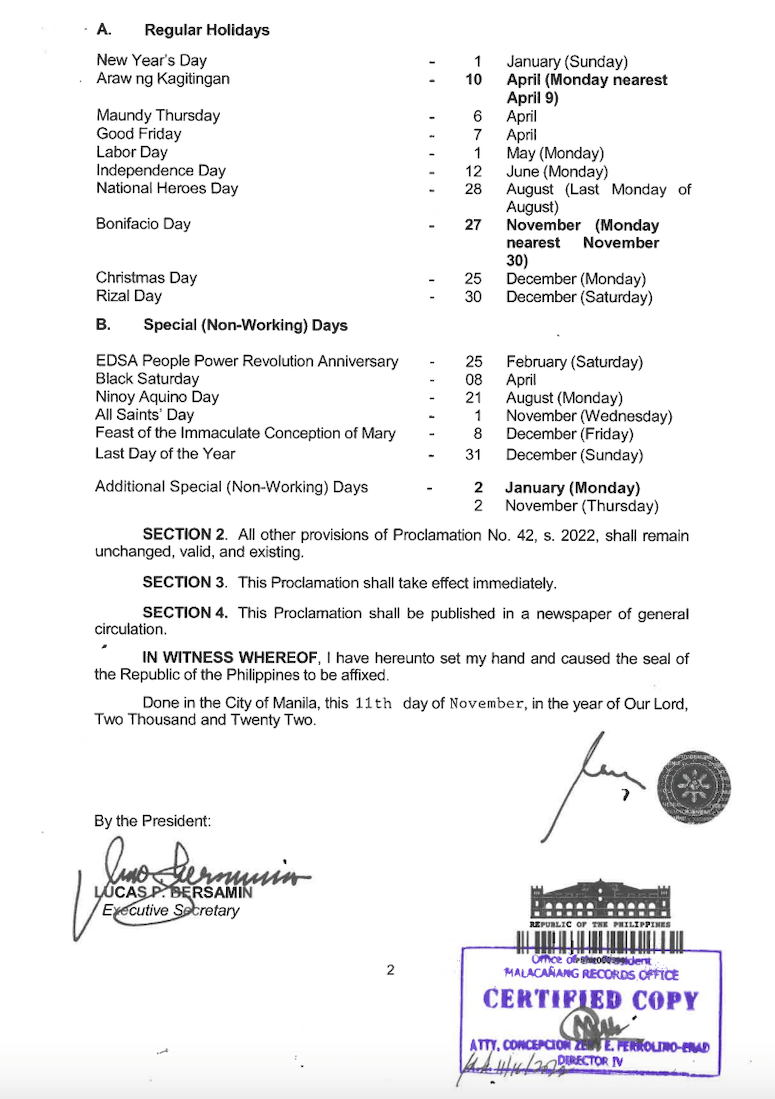 "To enable our countrymen to avail of the benefits of a longer weekend, Monday, April 10, 2023, in lieu of Sunday, April 9, 2023 may be declared as a non-working holiday, provided that the historical significance of Araw ng Kagitingan is maintained," he said.

Since New Year's Day falls on a Sunday, January 2 has also been declared an additional special non-working day.

Here's the full list of regular holidays and special (non-working) days for 2023 for your handy reference: