With the proliferation of surveys because, the question now would be, what should we basically know about it to allow us to astutely read survey results?

All of us have a certain degree of familiarity with surveys. In at least one point in our lives, we have possibly been asked to participate in a survey and we have probably made a decision based on survey results (opting for the highest-rated online seller sounds familiar, right?). Thus, it is common for us to encounter survey results, from commonplace findings about consumers’ product and service preferences to findings about the public’s government satisfaction ratings.

On generalizability of results. 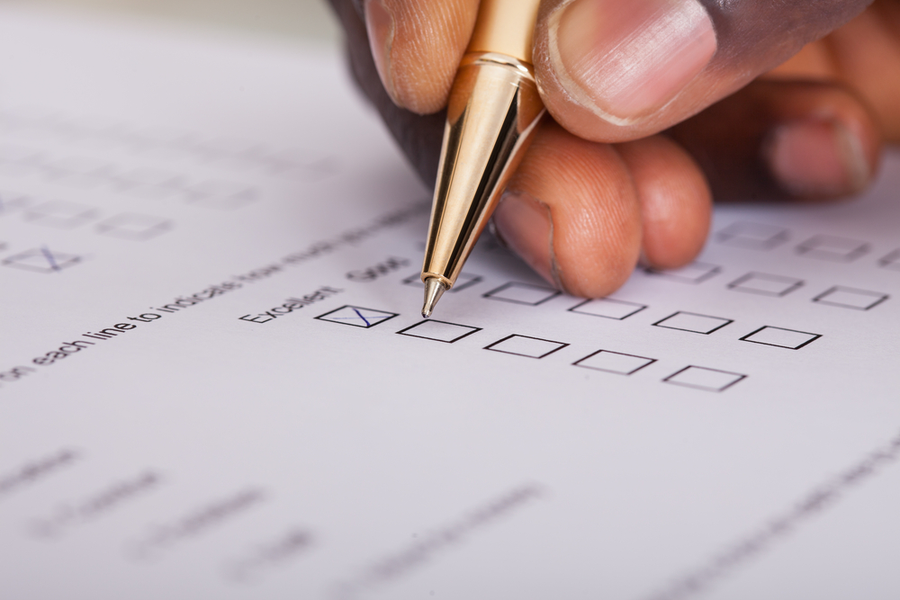 While there is a general expectation that survey results should reflect the characteristics, sentiments, and behaviors of the population, we must take note that for results to be generalizable, the survey’s design needs to follow the protocols for generating a representative sample and that results should have passed the standards of inferential testing.

The rationale behind representative sampling is rooted on the science of probability. If the goal is to generalize survey results, then the sample should be representative of the population that it is supposed to describe.

The random manner of selecting the members of the population is a key component.

The survey’s design should thus follow the fundamental ingredients of generating a randomly drawn and adequately-sized set of respondents. A randomly-drawn sample uses probability sampling techniques so that all members of the population would have a chance of being selected as respondents. 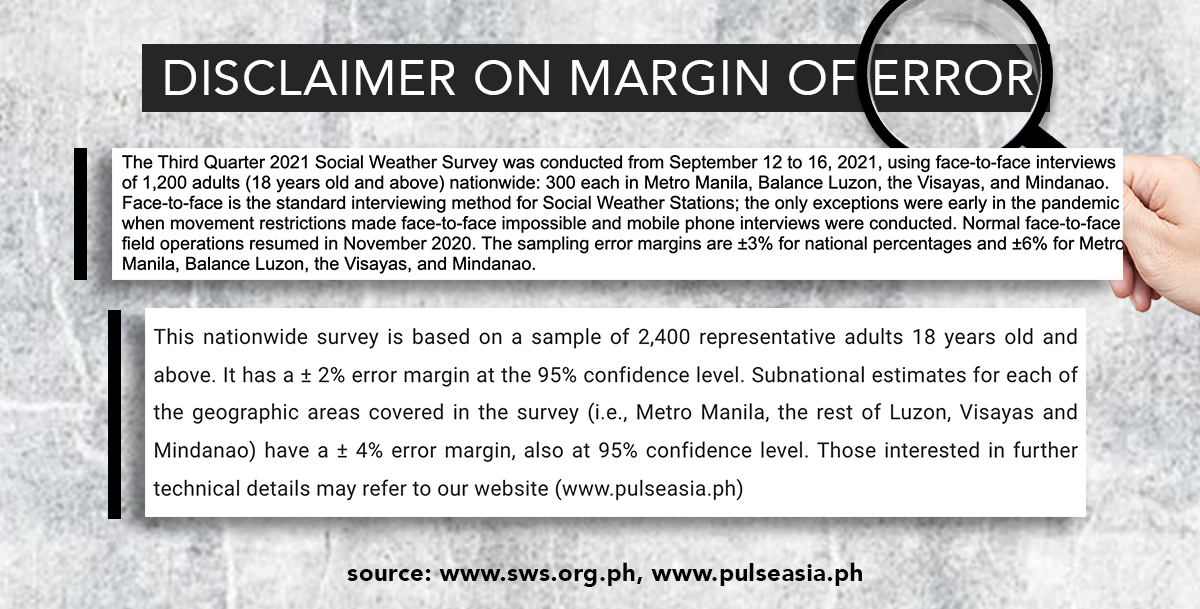 Furthermore, data derived from a representative sample needs to be tested through inferential statistics to determine whether results can be generalized to describe the population. Findings from a representative sample that pass inferential testing estimate the characteristics, sentiments, and behaviors of the population. However, such findings will not claim 100% accuracy, rather, findings that pass inferential testing estimate population values within an acceptable confidence level and tolerable margin of error.

Conventionally, it is commonplace to read results that are within 95% confidence level and 5% margin of error, which means that the findings estimate the true population value 95% of the time or that the estimate has a 5% probability of error. Hence, apart from inspecting a survey’s sampling declaration, if a survey claims to describe the population, then we should also check whether its findings report values that are within the acceptable confidence level and tolerable margin of error. 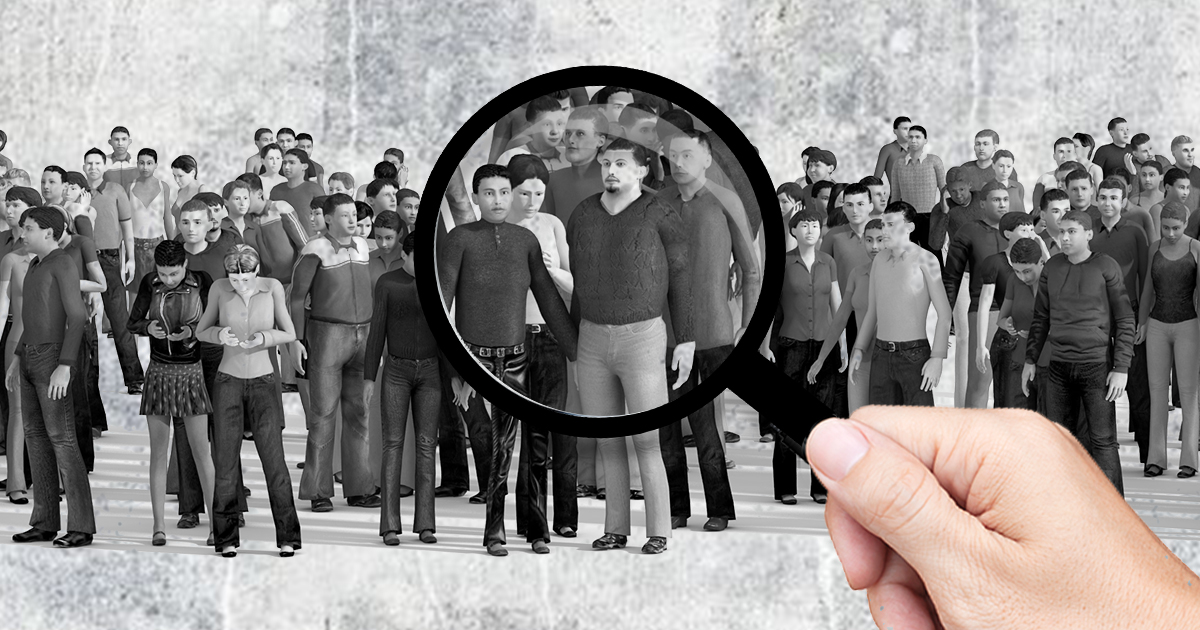 On phrasing of questionnaire items and response options

Surveys utilize questionnaires that contain items and response options that would generate the data necessary to address the survey’s research objectives.

We should make sure to examine how the questionnaire items and response options were phrased so that we could accurately interpret what the survey result means.

Survey questionnaires are carefully crafted so that the items and response options are properly articulated to serve the purposes of the study and to be able to clearly and efficiently communicate with its set of respondents.

Since most survey reports release the exact phrasing of questionnaire items when disseminating results, we should then make sure to examine how the questionnaire items and response options were phrased so that we could accurately interpret what the survey result means.

On the social, economic, and political landscape at the time of survey roll-out

With an increased fluency on representative sampling and generalizability, attentiveness to questionnaire item and response option phrasing, and consciousness of the social, economic, and political landscape at the time of survey implementation, we can be better equipped to astutely read survey reports.

Dr. Ma. Rosel S. San Pascual is an associate professor of Communication Research and is currently the chair of the Graduate Studies Department of the College of Mass Communication of the University of the Philippines Diliman. While Dr. San Pascual conducts both quantitative and qualitative research studies, she primarily teaches quantitative research methods, measurement and sampling, and quantitative data analysis in both undergraduate and graduate levels.

It's a memoir, not an autobiography