Though Joint Task Force (JTF) COVID Shield commander Lt. Gen. Cesar Binag has said that cyclists and joggers are not exempted from wearing a face shield, some local government units are bucking the policy due to safety and health concerns among others.

The local government of Pasig was the first to come out with a clear pronouncement stating that bikers are exempted from wearing face shields.

“Bikers are exempted from wearing face shield while biking in Pasig,” said a post by the Pasig Transport office. “Evidence shows and consultation among bikers reveals that biking while wearing a face shield is dangerous.”

Mandaluyong
The public information office of Mandaluyong, when asked about the issue, pointed to a previous ordinance exempting cyclists from wearing a face shield.

Section 1 of Ordinance No. 799 S-2020 states that the ordinance mandating the wearing of face shields “shall not apply to those on-board privately owned vehicles, including bicycles, electronic, bicycles (e-bikes), motorcycles, tricycles (e-trikes), and government service vehicles.” 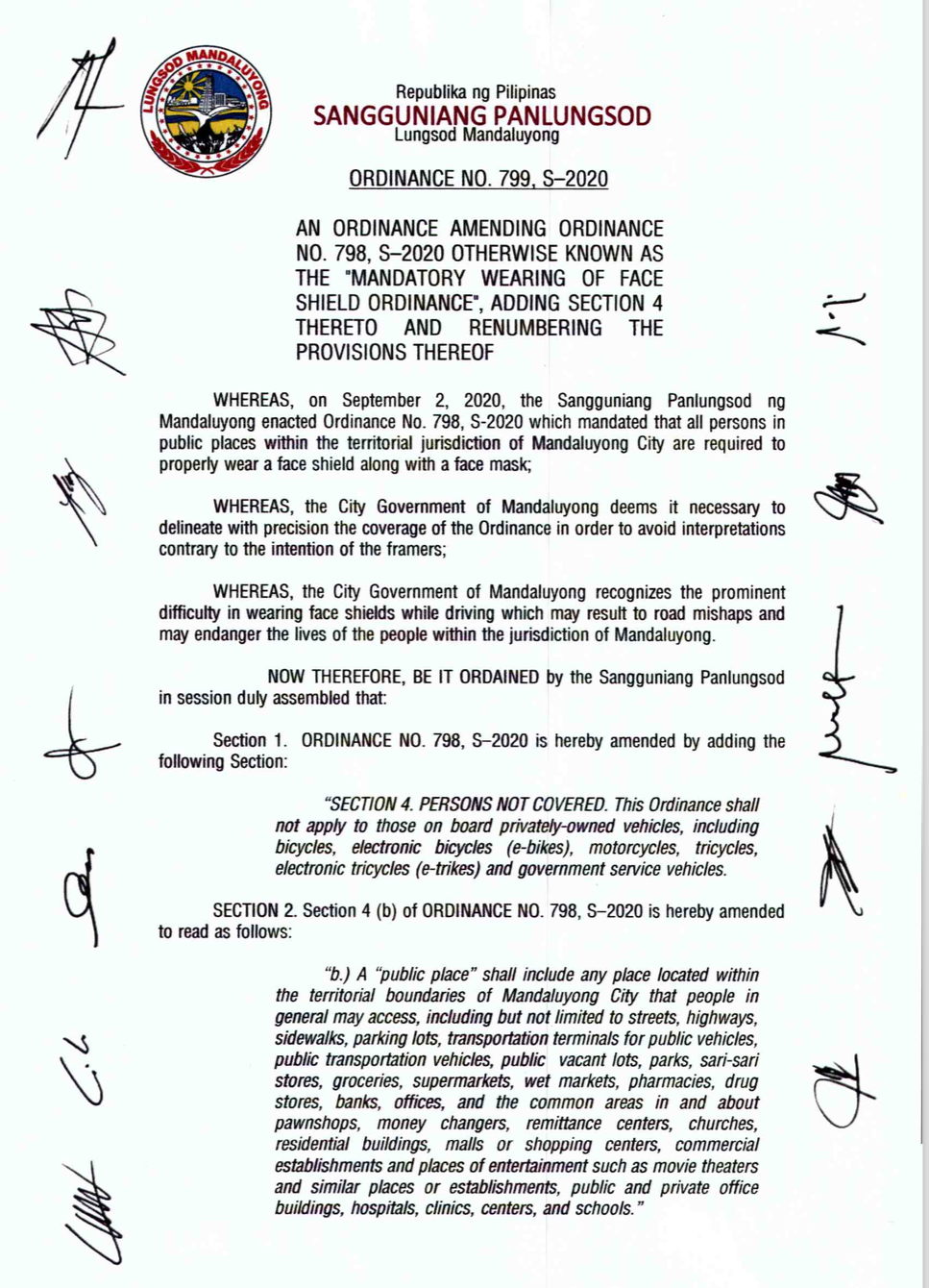 Valenzuela
Valenzuela has also exempted cyclists from the rule when they are on their bikes.

Antipolo
The local government of Antipolo also said they are putting off implementing the policy for now.

“Even infectious disease experts are divided on this particular issue. We defer implementation until they set out clearer guidelines,” the Facebook page of the Antipolo local government told PhilSTAR L!fe via messenger. 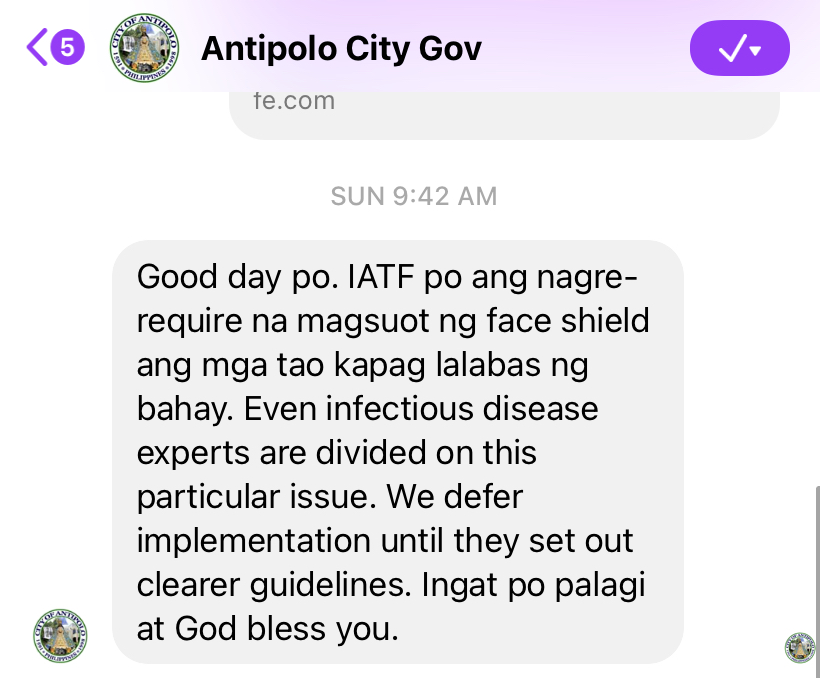 Laguna
The Laguna public information office also said it's not advisable for cyclists to wear face shields while on the saddle, but advised to bring a face shield just the same when a cyclist hops off a bike to enter a commercial establishment.

San Juan
Other local government units, however, remain unclear whether they will strictly enforce the IATF regulation to the letter.

A Facebook post by a certain Mariel Uy quoted San Juan City Mayor Francis Zamora as saying that the local government “will not penalize bikers who are not wearing face shields during their bike trips.”

But a check to the public information office of San Juan said they still have a standing ordinance mandating the use of face shield for everyone outdoors that they need to enforce.

Solo cyclists
Other local government units — such as Pasay City and Makati City — declined comment on the issue, saying their local councils are still deliberating on it as of the moment.

Amid the online reaction following the rule, the Department of Health has stated over the weekend that they are considering exempting solo cyclists from the policy.

A number of members from the local cycling community have already issued a number of statements voicing concern over the rule.

Former Comelec Commissioner Goyo Larrazabal, who is a cyclist himself, said the policy could also be extortionary.

“The sad thing here is that it is, unfortunately, another justification to extort money,” said Larrazabal. “Many people who ride a bicycle to commute now are barely getting by. Let’s please consider their welfare and safety.”