The ABS-CBN News and ABS-CBN News Channel (ANC) YouTube channels have been restored after being rendered inaccessible for a number of hours following a hacking incident.

In a statement a few moments before the channels came back, YouTube said they were working with the network to retrieve the accounts, which were hacked on November 2. Because of the incident, YouTube urged users to enable two-factor authentication, which is a verification procedure, to prevent hacking.

ABS-CBN’s YouTube news accounts were taken down early Tuesday, with the URLs showing this pop-up: 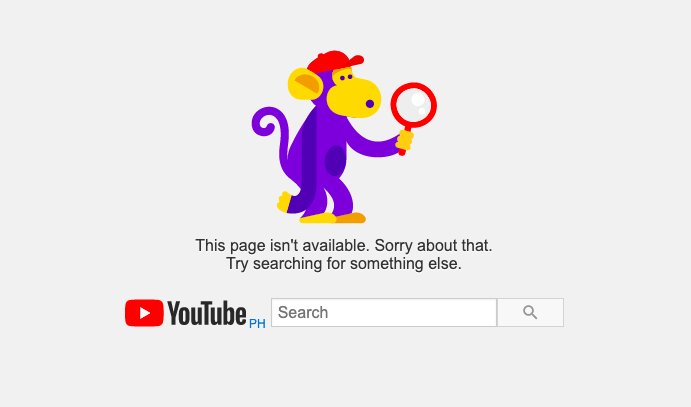 In a statement, ABS-CBN said their news channels were suspended 6:30 am this morning before being restored at 3:58 pm.

“The investigation on the incident continues as we also implement measures to prevent this from happening again,” the network said.

Netizens were quick to question takedown, which happened in the time of a typhoon and pandemic.

You terminated the account of @ABSCBNNews, a verified, legitimate, mainstream media news outlet for "violation of rules."

Are you effin' kidding me?

@YouTube Why did you terminate the account of ABS-CBN and ANC for violation of rules but you still keep the accounts of fake news purveyors no matter how many times they are reported. Are you guys biased?

why? :( would you allow every people here in ph be blinded from the reality? abs-cbn deserves franchise, and now this issue naman? all i can say is sumusobra na :) they don't deserve this, they really don't https://t.co/IectmiNe5e

Why @YouTube? ABS-CBN News is the only honest platform to keep Filipinos informed. providing us a comprehensive coverage despite of not having a Free-tv franchise.

During the downtime, ABS-CBN urged viewers to check their TeleRadyo channel for livestreams and news reports. “Thank you for your patience and understanding,” they added.

Last July, ABS-CBN was denied a new franchise by Congress, which prompted them to boost their digital efforts. This is one of the media company's online platforms apart from Facebook, Twitter, and Instagram.

Editor’s Note: This is a developing story. PhilSTAR L!FE will update this page as soon as the situation develops.

Brooke Villanueva is a lifestyle journalist with a focus on food and travel. Aside from being an MBA candidate at the Ateneo Graduate School of Business, she has also completed a certificate program on the fundamentals of business—business analytics, economics for managers, and financial accounting—from Harvard Business School. Follow her on Instagram at @itsbrookevillanueva.

Satire and the sacred right to mock