Want to know more about your preferred presidential and vice presidential candidate without poring over the world wide web, newspapers, and other multiple sources for hours?

The Commission on Elections (Comelec) and Vote Pilipinas, its official voter information campaign partner, just launched an all-in-one dashboard that contains all publicly available information about them.

At www.votepilipinas.com, users will immediately see just how many months, weeks, days, and hours left until the high stakes election day on May 9.

A record 65.72 million Filipinos registered for the 2022 elections. Here are the vote-rich cities, provinces, and regions

Information about the country's registered voters is also available. There are about 67.5 million domestic voters and 1.8 million voters.

Users will then see the thumbnails of the candidates, as well as their ballot names and number, which they can click to learn more about them. 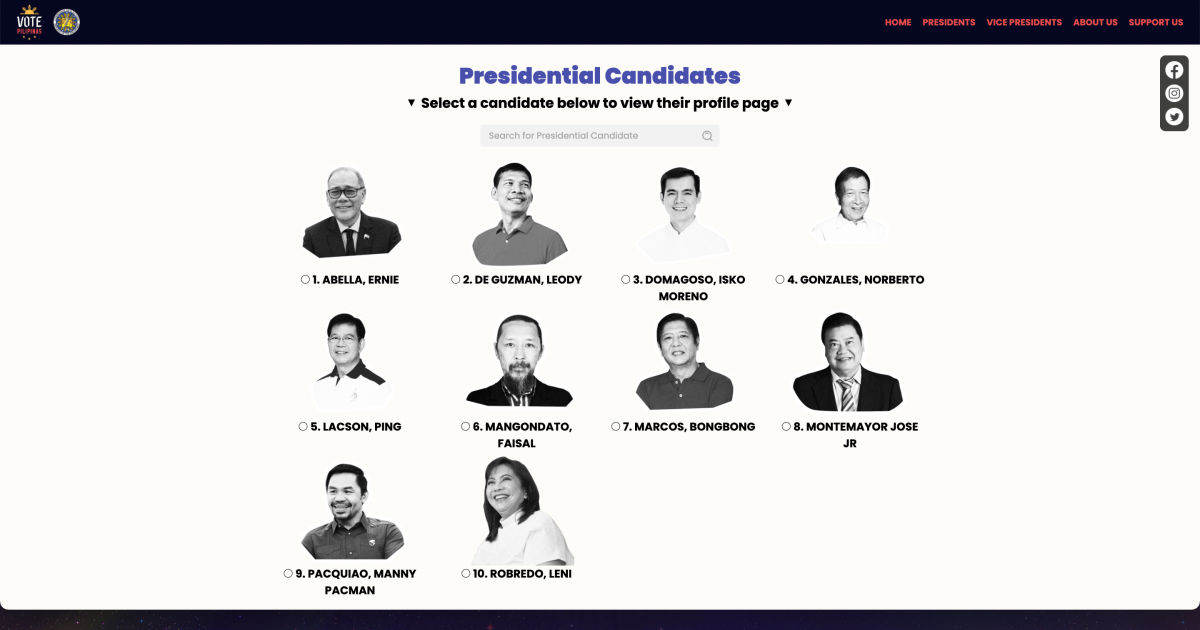 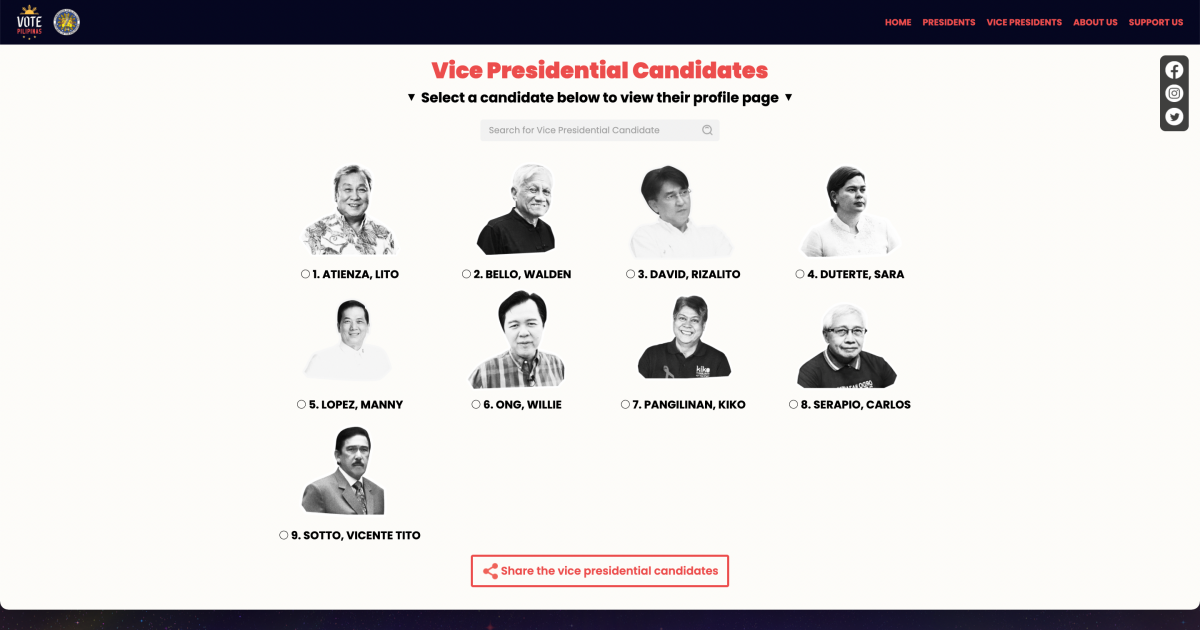 They will next have access to a particular candidate's brief background and summary of achievements.

They may also further read up about the candidates':

There's also an appendix section available for some candidates.

The information may be shared on Facebook or downloaded as PNG images.

Leni's heels, Willie's notes, and other behind-the-scenes in the CNN PH debates

Jimenez also encouraged the public to contribute information to the website, if they can.

"If more can be said about their candidacy, then they (the public) can very well reach out to the dashboard," Jimenez said. "We are very open to that... right now, our basis is what's publicly available."

Vote Pilipinas founder Ces Rondario, meanwhile, said their researchers worked with "blood, sweat, and tears" in gathering all available data about the candidates.

"Our goal now is to make sure that everybody not only votes," Rondario said, "but also votes armed with information to make informed decisions."

Comelec has also partnered with news website Rappler to fight disinformation and promote voter awareness during the May elections. The partnership has been met with several criticisms, mainly from pro-administration entities.