The number of Filipinos who committed suicide increased last year, as the COVID-19 pandemic — which led to loss of routine, jobs, and loved ones — eroded the quality of life for many.

Data from the Philippine Statistics Authority (PSA) released today showed that deaths due to intentional self-harm grew 25.7% last year, making it the 27th leading cause of death in 2020 from rank 31 in 2019. In nominal terms, registered deaths due to self-harm grew from 2,808 in 2019 to 3,529 last year.

Last year was also the first time that the number went beyond 3,000 based on available PSA data since 2015.

The number of hotline calls received by the National Center for Mental Health in 2020 also shot up to a record of almost 400 daily from 80 calls before the lockdown.

In a 2011 study from the World Health Organization (WHO), it was shown that suicide deaths were significantly higher for males than females in the Philippines.The PSA said that their data were based on registered deaths at the office of city or municipal registrars from January 2020 to December 2020.

Alarming increase
In August 2020, Justice Secretary Menardo Guevarra told the media that he sought church assistance to help those suffering from depression brought by the pandemic. Guevarra said he reached out to the religious sector after Inter-Agency Task Force chief implementer Carlito Galvez informed him of an “alarming increase” in suicide cases.

In September 10, 2020, which was World Suicide Prevention Day, the Department of Health called attention to the importance of addressing the problem.

“The importance of mental health initiatives is just as crucial as those for the COVID-19 pandemic,” said Health Secretary Francisco T. Duque.

The WHO also asked for everyone’s help in the issue.

“With compassion and understanding for others, we can recognize the signs and educate ourselves how to access help. We all have a critical role in preventing suicide by socially connecting with affected people and connecting people to mental health services or medical care,” said WHO Representative in the Philippines Dr. Rabindra Abeyasinghe.

The increase in suicide rates last year was not isolated to the Philippines, though the WHO said that 79% of suicides globally occur in low- to middle income families.

Globally, the WHO said that suicide claims almost 800,000 lives every year and is the leading cause of death amoung young people aged 15-29 years old. In addition, the WHO said that for each adult who dies of suicide there are more than 20 others attempting it. 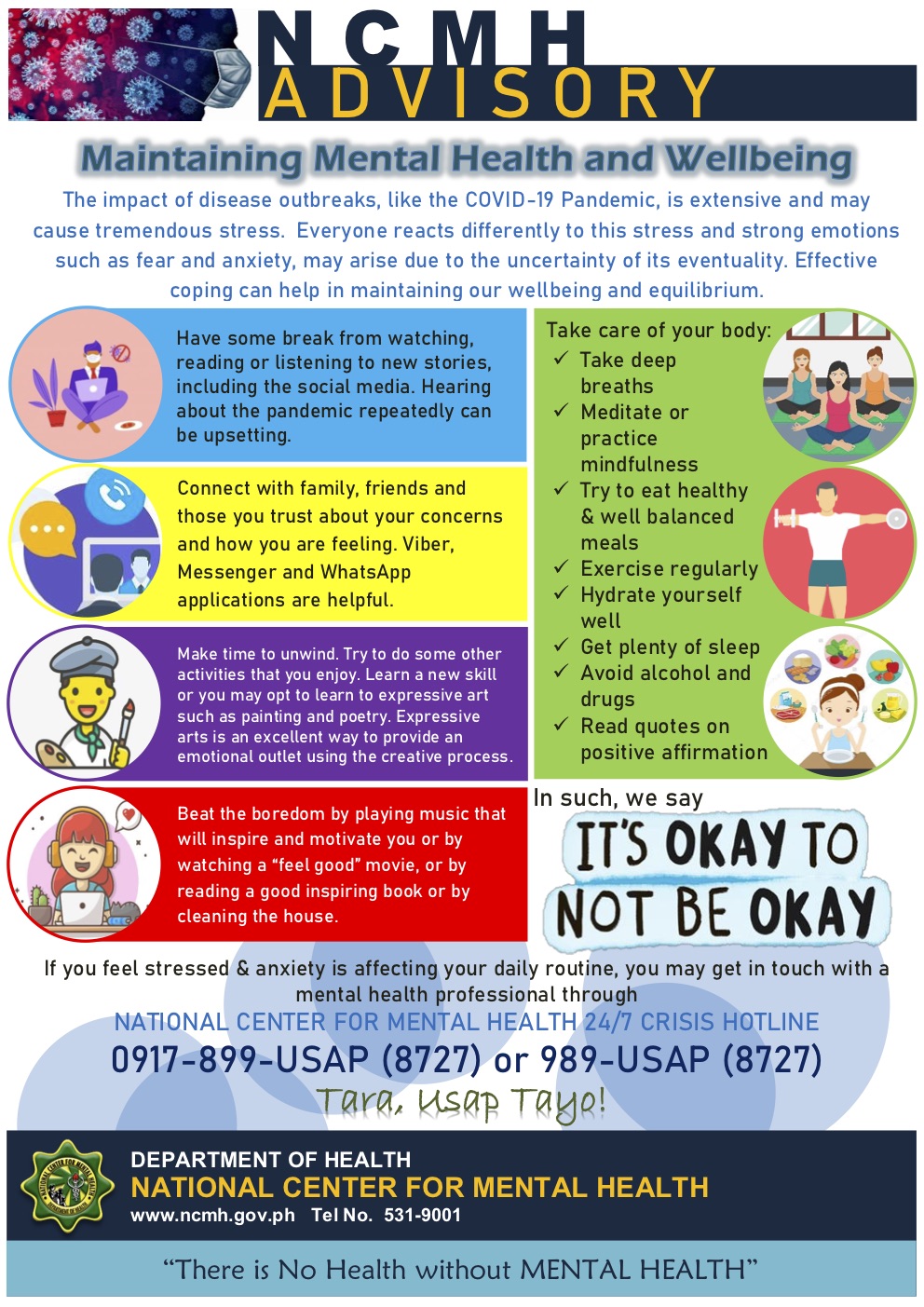 A 'crisis'
Cat Triviño, chief marketing officer of the mental health advocacy group MindNation, said the “crisis” has been ongoing way before the pandemic hit.

“The stigma, lack of access and affordability of mental healthcare services in the country heavily contribute to this crisis,” Triviño told PhilSTAR L!fe.

“Then comes the pandemic: millions forced into isolation, loss of jobs and loved ones, heightened anxiety due to fear and uncertainty. These problems continue to disproportionately affect those who have no means to get the proper support,” said Triviño.

Post-pandemic, Triviño said the crisis will continue to have “a lasting impact” that needs the involvement of all sectors.

“The COVID-19 crisis will have a lasting impact psychologically, and the data were seeing today proves the extent of this crisis. Especially for those that have lost loved ones and even our healthcare workers, it’s a traumatic experience that calls on ALL sectors to make mental well-being a priority. This can be done through the implementation of well-being programs in schools and communities, mental health policies and employee assistance programs in the workplace, public awareness and access to proper emotional care when needed, and openness and support especially at home,” said Triviño.

The MindNation has a 24/7 chat support hotline that can be accessed through this link.