A Filipino coach in Dubai made waves, literally and figuratively, by swimming for at least two and a half hours straight every day in the open sea for 30 straight days and logging a grueling cumulative distance of 300 kilometers in a month.

In a social media post, the Crown Prince of Dubai Sheikh Hamdan Bin Mohammed Bin Rashid Al Maktoum noted the performance of Filipino Paolo Mangilinan along with Ghani Suleiman, who ran an ultramarathon of 45 kms each day for a month, in the concluded Dubai Fitness Challenge (DFC).

It is important to keep dreaming and always set new goals and find other challenges.

“An exceptional initiative contributes to transforming Dubai into one of the most energetic and active cities globally,” the Crown Prince said in a social media post shown below.

“We value the contribution of two stars of this challenge to this year's course,” Sheikh Hamndan said, referring to Mangilinan and Suleiman.

Mangilinan, who previously competed in the swimming events at the National Collegiate Athletic Association back in the Philippines, has been in Dubai for the last eight years working as an endurance swimming coach.

In an interview with PhilSTAR L!fe, he said completing his DFC feat is the height of his athletic career thus far.

“Finishing the 10 kms everyday with decent time and good speed made me proud about it,” said Mangilinan.

He has been into triathlon for the past few years but since the pandemic cancelled many races, Mangilinan said he focused on training for the DFC.

“I wanted to push myself to the limit and see what my body is capable of. I guess just to prove that anything is possible if you set your mind up to it,” said Mangilinan. 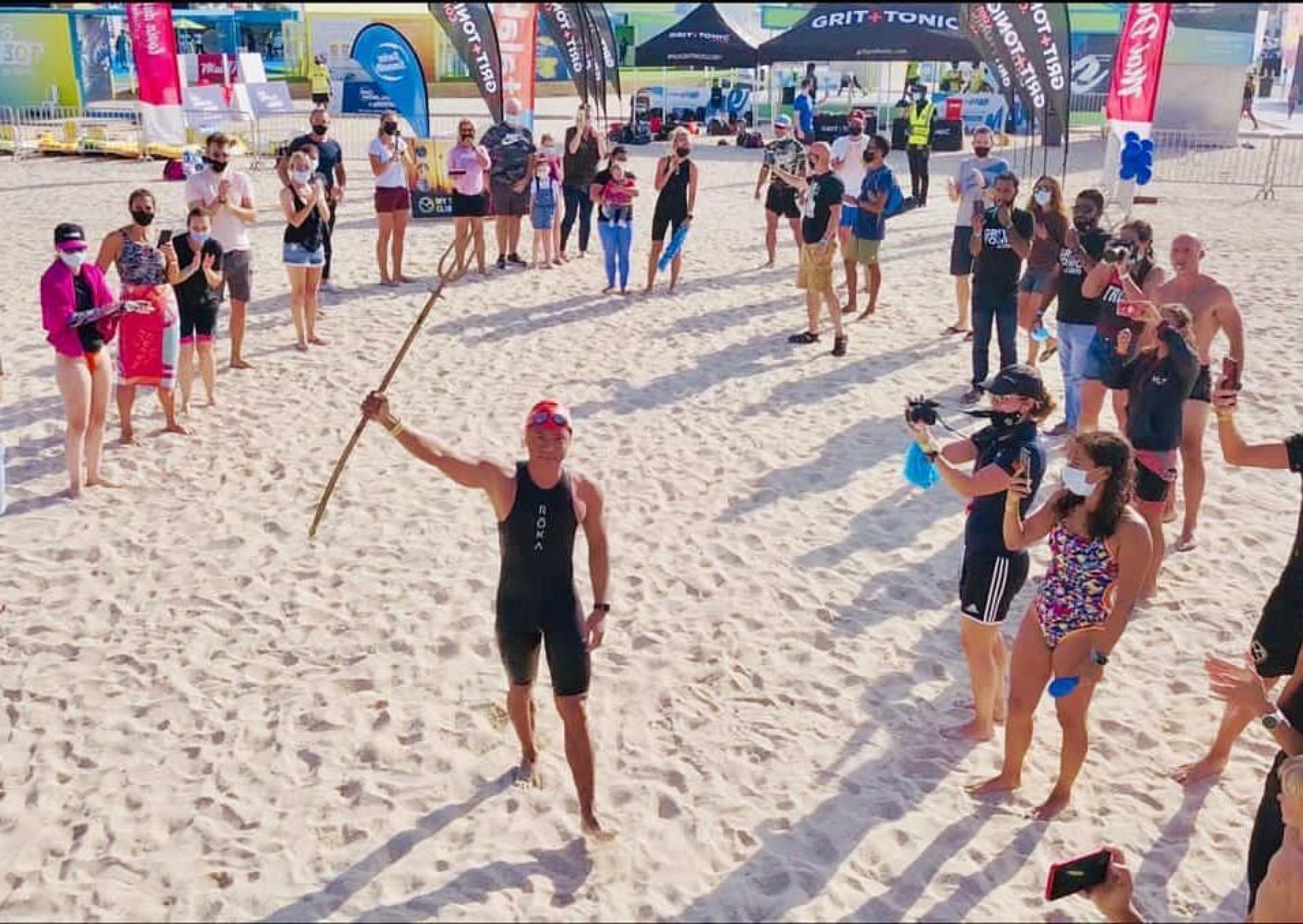 Training for the event took a year’s worth of daily training, focusing on different aspects like strength, endurance, technique, and speed.

But even after the training, doing the actual job was a whole different animal in itself, as he had to contend with a host of uncontrollable variables like weather.

“Since I am swimming in the sea, there’s a lot of challenges apart from swimming the distance. I am getting cuts in my tongue called ‘salt tongue’ since you’re spending almost three hours in salt water. Sometimes I feel my tongue is almost falling over,” recounted Mangilinan.

To compensate for the enormous energy needed for the work, Mangilinan needed to load up 8,000 calories in a day. 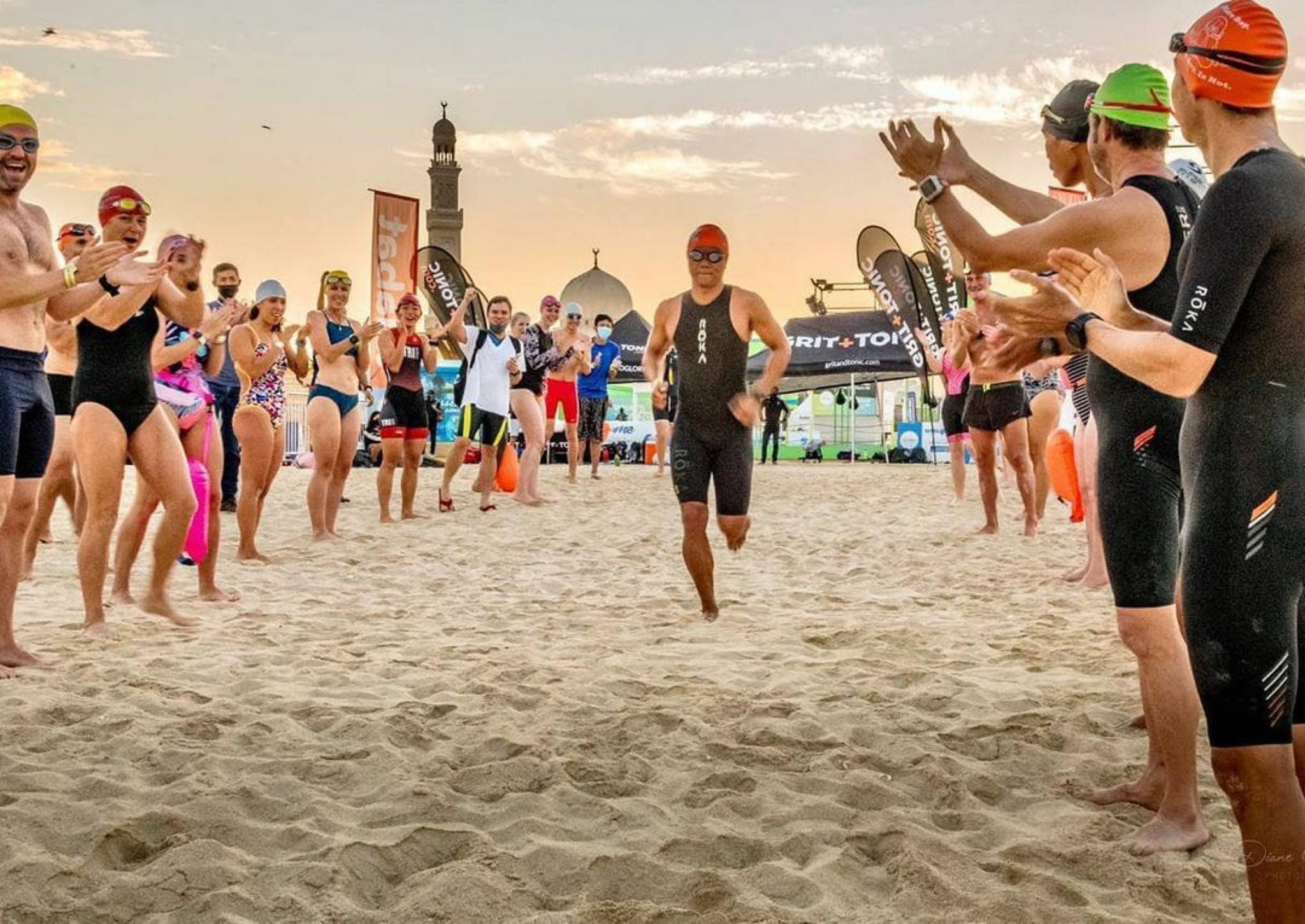 After going through the challenges, finishing the deed was well worth it.

“It is the best feeling ever,” said Mangilinan.

But even before his skin suit dried up, the 34-year-old Mangilinan is now setting his sights on another bigger challenge ahead.

“It is important to keep dreaming and always set new goals and find other challenges,” Mangilinan said. “I already have one in my mind but I will keep it as a secret for now.”

Greece to drop most mask restrictions from June 1

Full text of Taylor Swift's NYU commencement speech: 'Hard things will happen to us. We will recover'