On election day, remember that a better future is in your hands.

The nation goes to the polls with the coronavirus still threatening health, lives, and livelihoods.

Workers are understandably pushing for wage increases. But employers, a hefty 99.5% of whom are engaged in micro, small and medium enterprises, are just starting to get back on their feet following two years of pandemic lockdowns, and are themselves seeking a lifeline from the government.

Even before COVID-19 hit the country, public funds weren’t enough to bankroll the immediate full implementation of the Universal Health Care Law. The ambitious program is being gradually rolled out over several years.

It’s a once-in-a-century crisis, and the country more than ever needs efficient and honest governance.

The pandemic, which the World Health Organization has stressed is far from over, has deepened poverty and threatened the efficient delivery of basic services.

It’s a once-in-a-century crisis, and the country more than ever needs efficient and honest governance, the proper collection of taxes and their judicious utilization, and leadership by example.

These are just the immediate challenges facing the country’s next set of leaders. There is also the crisis in education, which is pulling down national competitiveness in a highly competitive globalized economy. Free education from kindergarten to the tertiary level should not mean substandard quality.

There is entrenched corruption, from petty graft to plunder on a grand scale, with officials sworn to serve the public often setting the example in venality.

There is the weak rule of law and regulatory environment. Systems are designed for rent-seeking and the judiciary is packed with people who owe their positions to influence peddlers rather than competence and integrity.

Politics ideally serves as an enabler for people empowerment and national progress. Instead, politics in the country has largely served the interests of the handful of families that control power and wealth while about a third of the population remains mired in extreme poverty.

In this electoral exercise, several of those families have banded together for the perpetuation of more of the same. Wealth, with the source often unexplained, is being used to buy votes. Public vigilance is needed to guard the integrity of the ballot.

The just-concluded campaign has highlighted the need to confront the evils of trolling, widespread disinformation, and the abuse of social media for spreading lies, fake news, and hate messages. Battling the scourge of “information disorder” will have to be waged long after election day.

The trolling, lying and disinformation have so poisoned this election season that the nation has become deeply polarized, with even children openly denouncing their relatives.

A free vote is the ultimate manifestation of people power in a democracy.

If Filipinos do not take decisive action against this infodemic, it will become institutionalized and deepen the rot in society. Information disorder has the virulence of carcinogens, eating away at its host and killing it in the process.

All these problems make it critical for Filipinos to make informed choices in these elections. Dealing with the serious problems now confronting the nation cannot be left in the hands of incompetent and corrupt persons who put personal and family interests ahead of the national good.

A free vote is the ultimate manifestation of people power in a democracy. We have to stop turning elections into mere reaffirmations of everything that is wrong in our society. We have to use the vote as a genuine platform for change. 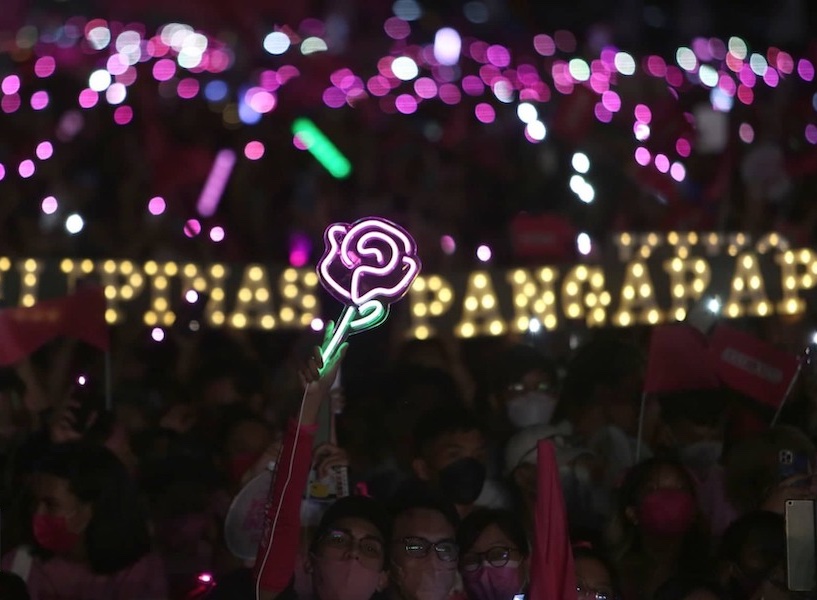 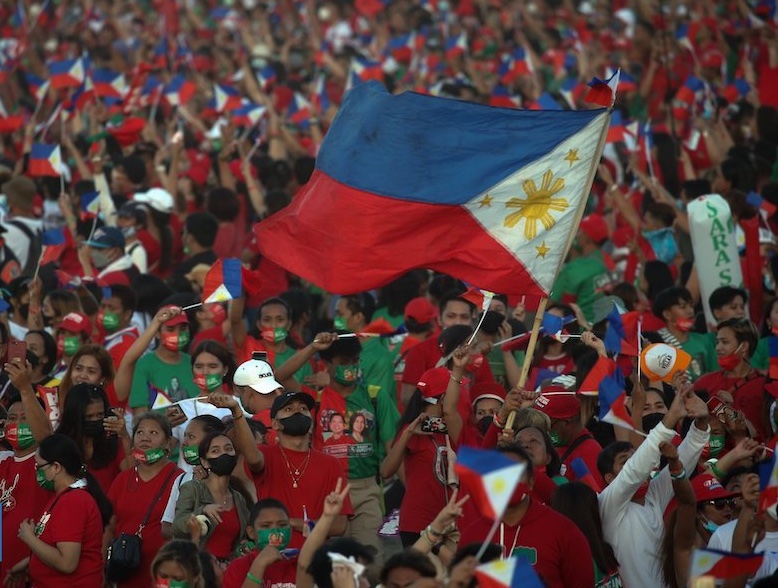 Since the 1960s, the Philippines has progressively fallen from being Asia’s second most developed economy after Japan to being the regional laggard. In Southeast Asia, most of our neighbors have sprinted past the Philippines, with Vietnam now also poised to overtake us.

From being a regional destination for higher learning and livelihood opportunities, our students are now ranking at the bottom of international competency tests, while the lack of decent employment opportunities has driven a tenth of our population overseas.

The exodus of workers for greener pastures, which has meant billions in annual remittances, has been used as an excuse to argue that the rotten status quo works and there is no need for reforms.

'I’m dealing with election anxiety and stress. What do I do?'

But the overseas Filipino workers’ diaspora has serious social costs, as even Pope Francis has pointed out. Children are growing up without one or both parents, and sometimes families are broken irreparably. OFWs have suffered labor exploitation, discrimination, physical and sexual abuse, and even brutal murder at the hands of foreign employers.

This sorry state of the nation is undoubtedly due in part to the wrong choice of leaders, both in the national and local governments.

Elections provide opportunities for meaningful change. The next six years should not mean more lost opportunities.

The future is in your hands. Go out and vote, and vote wisely.

From paper to server: How do the May 9 automated elections work and when will the results be out?

Ana Marie Pamintuan is the editor-in-chief of The Philippine STAR. Her column “Sketches” appears in The STAR’s opinion section three times a week. Amy also co-hosts “The Chiefs,” the daily news and current affairs talk show on Cignal TV’s One News channel. ​Away from the newsroom, she de-stresses in the kitchen and plays with her dogs, and has been a plantita years before the word was coined and the pandemic struck.