Confirmed COVID-19 cases nationwide have already reached the same peak as the first wave in July 2020, according to the Department of Health (DOH).

“We have been flagging [since] a week ago that it’s almost the same peak as last year. Yesterday, it became the same. Ibig sabihin kung gaano kadami yung naging pinakamataas na nagkaksasakit noong July, it’s the same at this time,” De Guzman said in a virtual briefing yesterday.

Based on DOH data, cases in the National Capital Region (NCR) also reached last year’s peak with some cities having the same or more cases at this time. 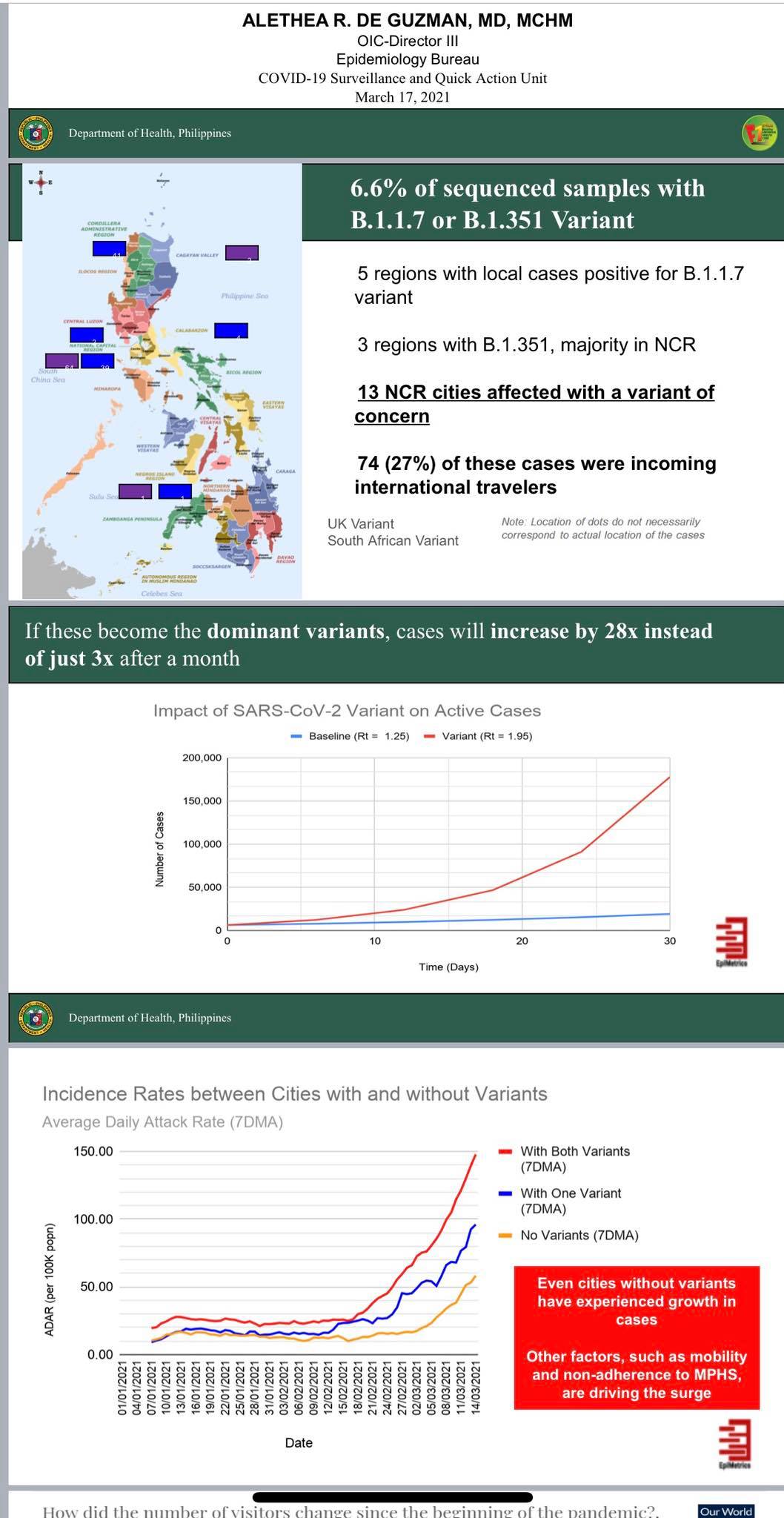 While COVID numbers dropped after the Christmas season, De Guzman noted that the DOH started seeing an increase starting end of January and the figure ballooned almost thrice.

“What we were reporting in the first two weeks of March were 2.5 times higher than what we reported in January,” when DOH was reporting around 3,000 cases daily.

Clustering of COVID cases, De Guzman said, was observed not only in homes but also in workplaces.

“In terms of number and proportion, majority are occurring in homes dahil sa bahay magkakasama kumain, matulog, do recreation as a family and don’t wear masks and don’t practice physical distancing,” De Guzman pointed out. 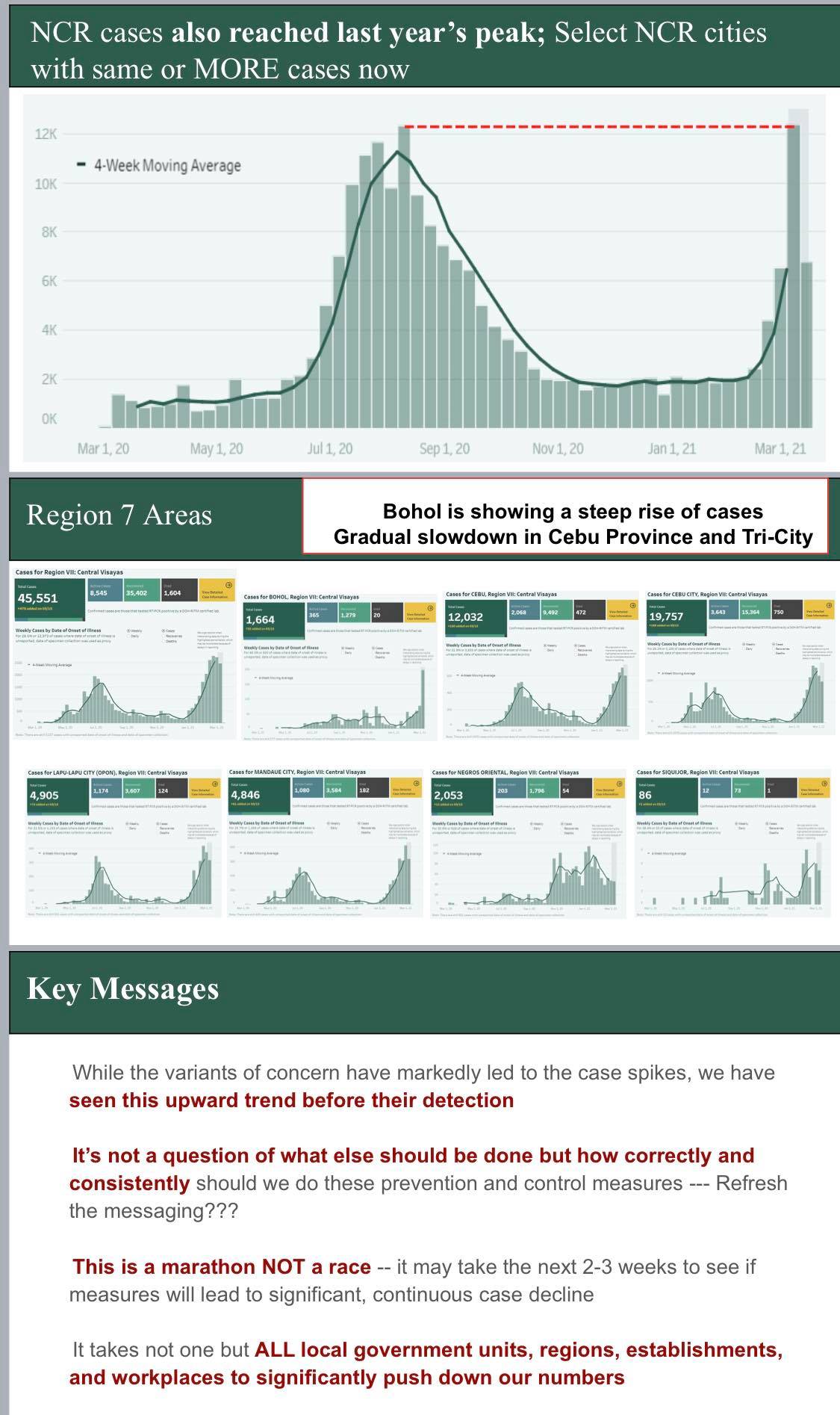 De Guzman said several factors have contributed to the surge in COVID such as mobility and non-adherence to minimum public health standards.

The surge in cases was observed in areas where the UK and South African variants were detected. However, De Guzman said, even other areas without cases of the new variants recorded an increase.

“While the variants of concern have markedly led to the spike, we were already seeing this upward trend before their detection,” she bared.

While PH is (still) in lockdown, rest of the world is gearing to restart

Among the country’s 17 regions, De Guzman said, 10 have recorded positive growth. The rest of the regions posted slower growth.

De Guzman reported that five regions have recorded local cases of the UK variant while  South African variants were reported in three regions. She said “variant of concern” were recorded in  13 cities of  NCR.

She added that 74 cases or 27% of the new variants were from incoming travelers from abroad—returning Filipinos and one foreign national.

De Guzman stressed the need for strict border controls to stop the entry of more travellers that are possibly infected with the new COVID variants. 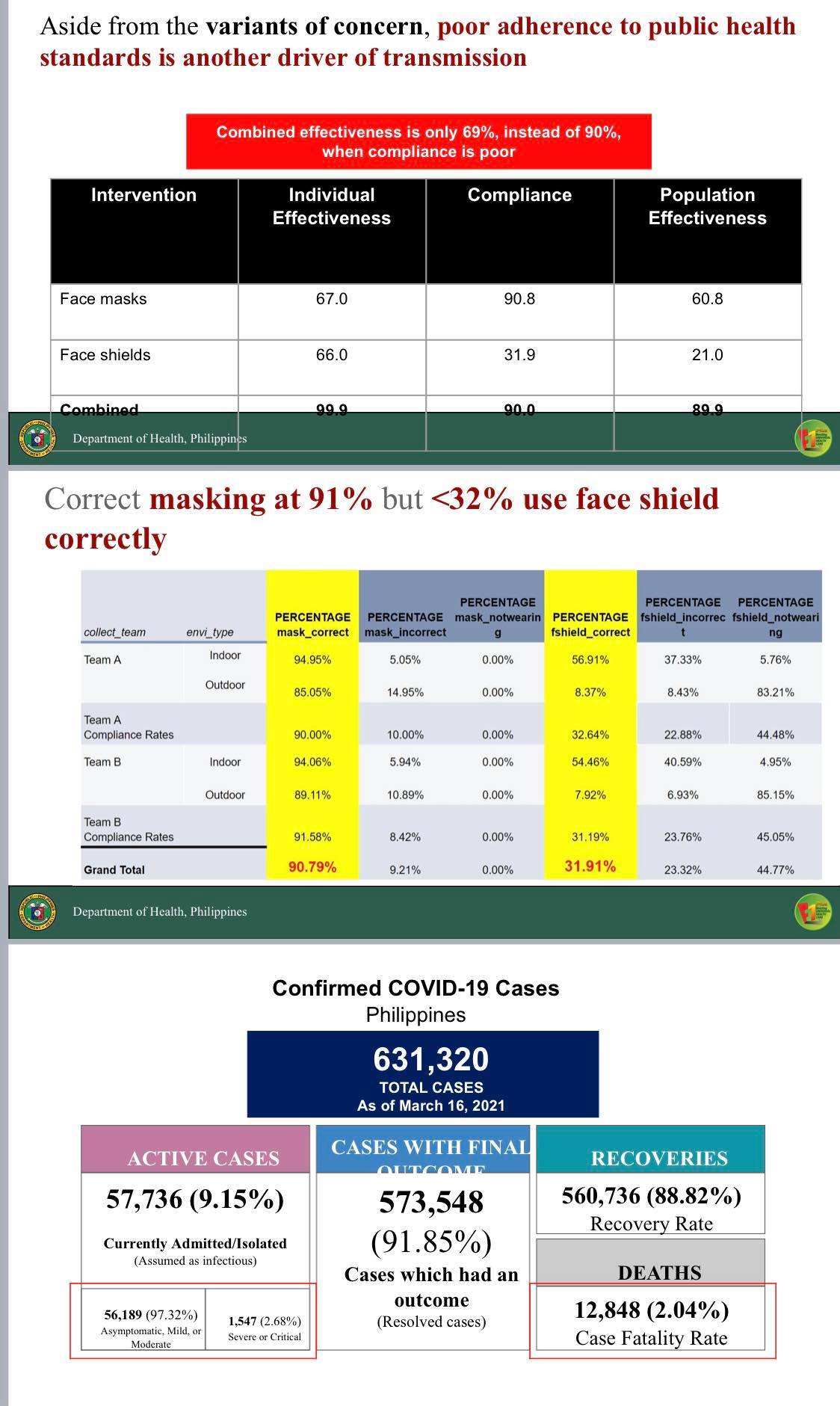 When the new variants, which are more transmissible, become the dominant strain, De Guzman said COVID cases may go up to as much as 28 times. 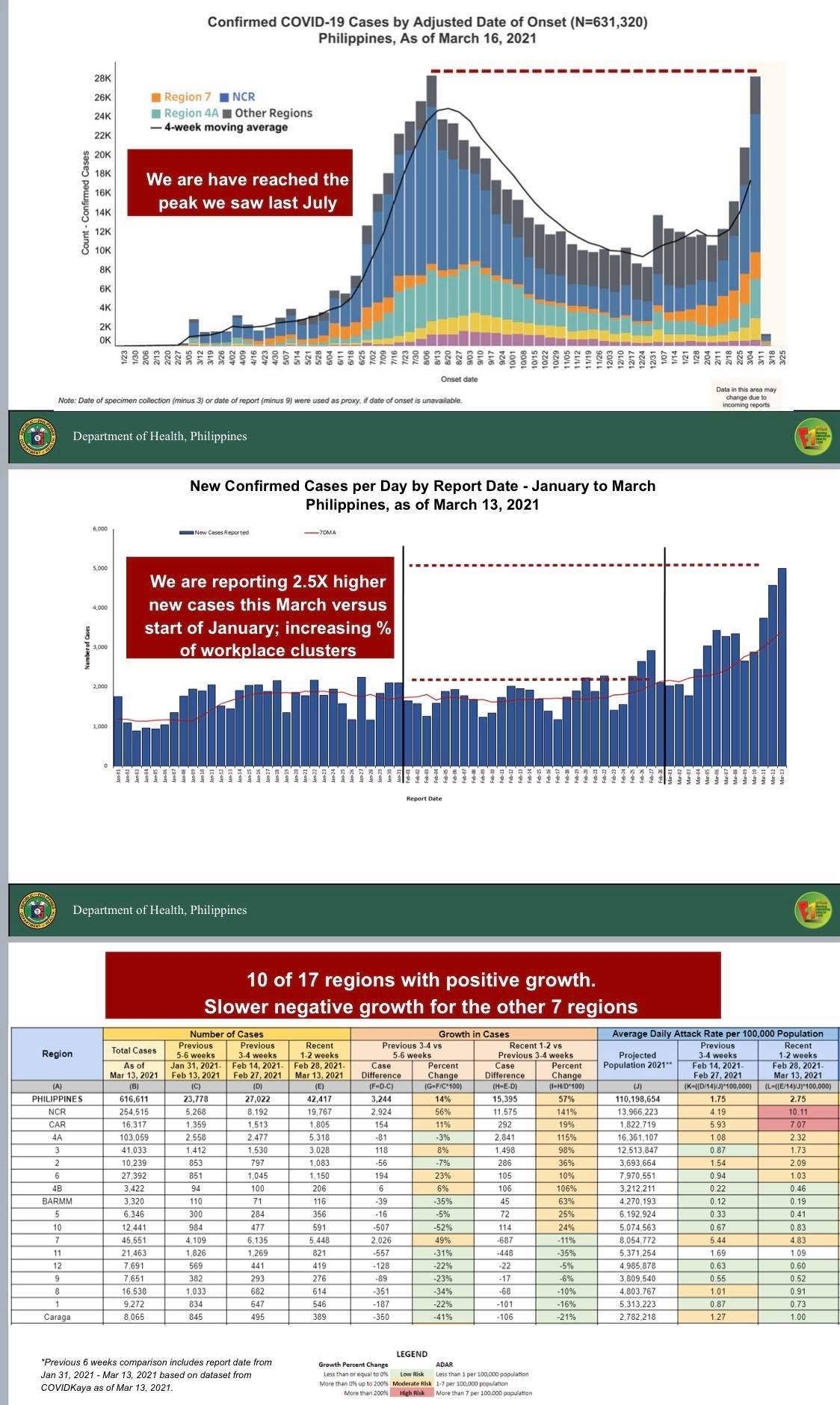 Greece to drop most mask restrictions from June 1