Style Living Self Celebrity Geeky News and Views
In the Paper Shop Hello! Create with us
@rbonneynola on Instagram

Contestants of Miss USA are claiming that the recent pageant, which crowned Filipino-American Miss Texas R'Bonney Gabriel, was rigged, with some alleging the pageant's organization favored her over others.

The drama began when one of the major sponsors, NIZUC, posted a video of Gabriel enjoying the resort when it hasn't even been 24 hours since her win.

"It's pretty clear that it was pre-recorded and she was flown out there about nine weeks ago for this experience," claimed Miss Montana Heather Lee O'Keefe in a video.

She added that Gabriel and Miss Colorado did not join the contestant retreat in June. Miss Montana also claimed that Miss Texas was shown favoritism by the major sponsors and the organization.

O'Keefe shared a photo of pageant owner Crystle Stewart braiding Gabriel's hair and screenshots of the major sponsors sharing the eventual winner's photos and winners to their Instagram.

The contestant also claimed that Miss Texas was allegedly flown to and from Cancun in July through the Miss USA-sponsored airline, United Airlines.

Instagram Stories from delegates detailed their disappointment in the Oct. 3 contest. They said they decided to speak up to prevent future contestants to experience the "humiliation" and the organization's seemingly unfair system.

"I am at a loss of words since it goes to show there were many signs that the winner was already pre-determined and myself, amongst all my other sisters, weren't even given the chance to lose," said Miss New Jersey Alexandra Lakhman. 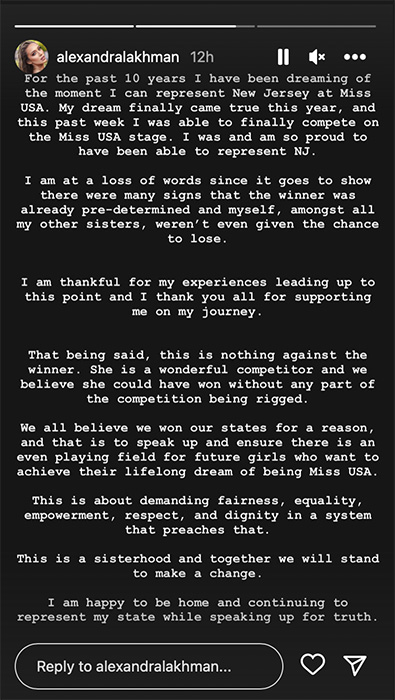 "We were humiliated, thinking we entered something with a fair chance. However, I'm not here to create a sob story, you also don't have to believe what we are saying," wrote Miss New York Heather Elley. 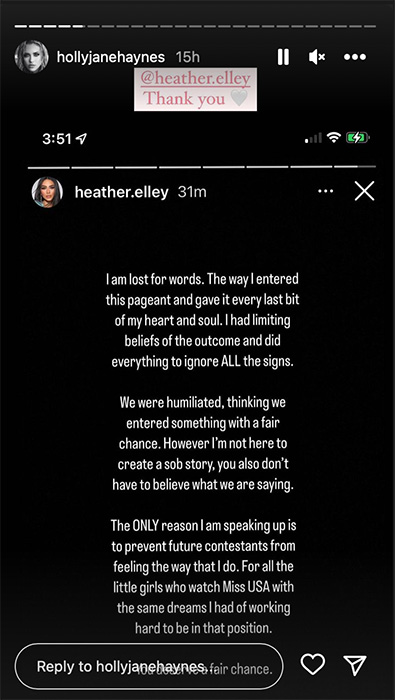 Meanwhile, Miss Kentucky Lizzy Neutz voiced her concern about how Miss USA's "Top 16, Top 5 & the other girls who didn't place all see the reality of what happened." 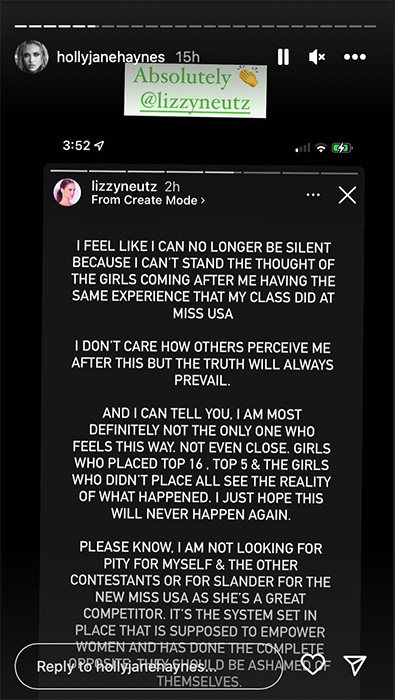 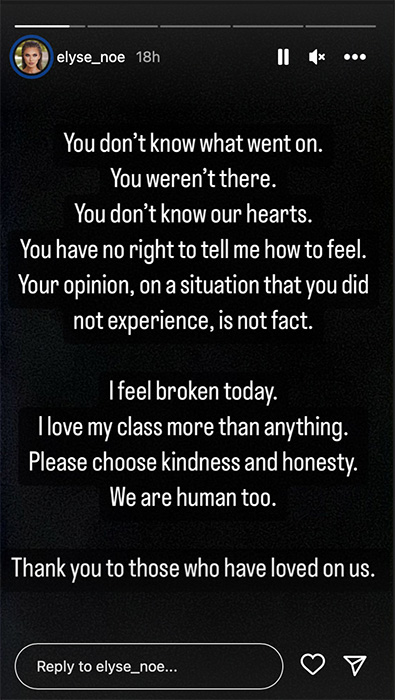 Fans also noticed how the other beauty queens reacted to Gabriel's crowning moment, where none of them hugged the 2022 winner. The other girls left the stage, and only the host gave the Filipino-American candidate an embrace.

The girls also made it clear that they aren't doing this to send hate towards R'Bonney.

"Don't harass her, none of that. I fully support R'Bonney... Her performance was amazing and she could have won fair and square but the issue is the organization seems to allegedly have set her up for the win because it fit the organization's agenda. That's the issue," O'Keefe continued.

"She is a wonderful competitor and we believe she could have won without any part of the competition being rigged," Lakhman said. "This is about demanding fairness, equality, empowerment, respect, and dignity in a system that preaches that. This is a sisterhood and together we will stand to make a change."

Gabriel nor the Miss USA organization have yet to issue a statement about the issue.