Maine Mendoza has defended her boyfriend, Arjo Atayde, from a netizen after the actor came under fire for allegedly violating health protocols while filming in Baguio City recently.

To which the actress responded, “Hello! I am not ‘tolerating him but there’s so much you do not know about the story. I hope he gets the chance to tell his side and the context of what had happened these past few days.” 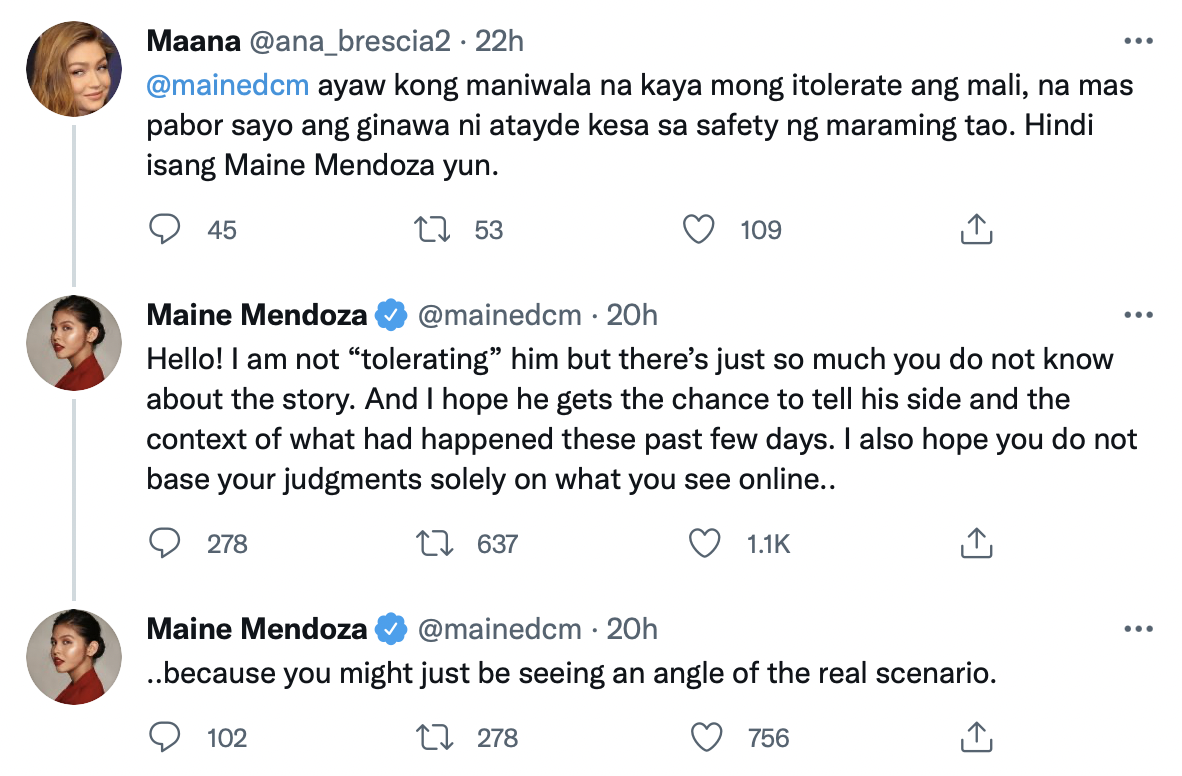 Mendoza added, “I also hope you do not base your judgements solely on what you see online because you might just be seeing an angle of the real scenario.”

The Mayor also ordered an investigation on the alleged health protocol violations of the group.

According to Magalong, the group was given the permit to film since last month before the National Capital Region was placed under Enhanced Community Quarantine. They were allowed to do so with the commitment that the group stay inside the bubble for the duration of their filming.

“However, we found out that there were instances when crew members go home and come back to the city without passing through our triage so they are not tested,” said Magalong, who added that the group allegedly failed to comply with their monthly testing commitment.

The other nine individuals who tested positive are already isolated while the remaining 90 members of the crew have been quarantined and subject for swab testing.

In the fame bubble: When celebs and influencers party amid the pandemic, backlash ensues

Meanwhile, Atayde’s production company Feelmaking Productions Inc. said in a statement released on Aug. 18 that the actor tested positive for COVID-19 on Monday, Aug.16, and was suffering from high fever, headaches and having difficulty breathing.

According to the statement, it was a mutual decision between Atayde’s parents and doctors, and Feelmaking Productions to rush the actor, who has a pre-existing medical condition, to a hospital in Manila on Aug. 17.

“The Atayde family has reached out to Mayor Benjamin Magalong and we assure him and the people of Baguio that we will comply with our commitments to the city,” the statement read.

“We are grateful for the opportunity to shoot in their beautiful city and apologize for whatever inconvenience that this unfortunate incident may have caused,” it concluded.