The Binibining Pilipinas (BBP) Organization has issued an apology over a Facebook post that sparked criticism from netizens.

The organization was referring to a now-deleted post that’s shared from the Miss International Facebook page, which featured Binibining Pilipinas International 2021 Hannah Arnold, on Oct. 1. In the post, the caption read, “Naturaaaaaal woman.” 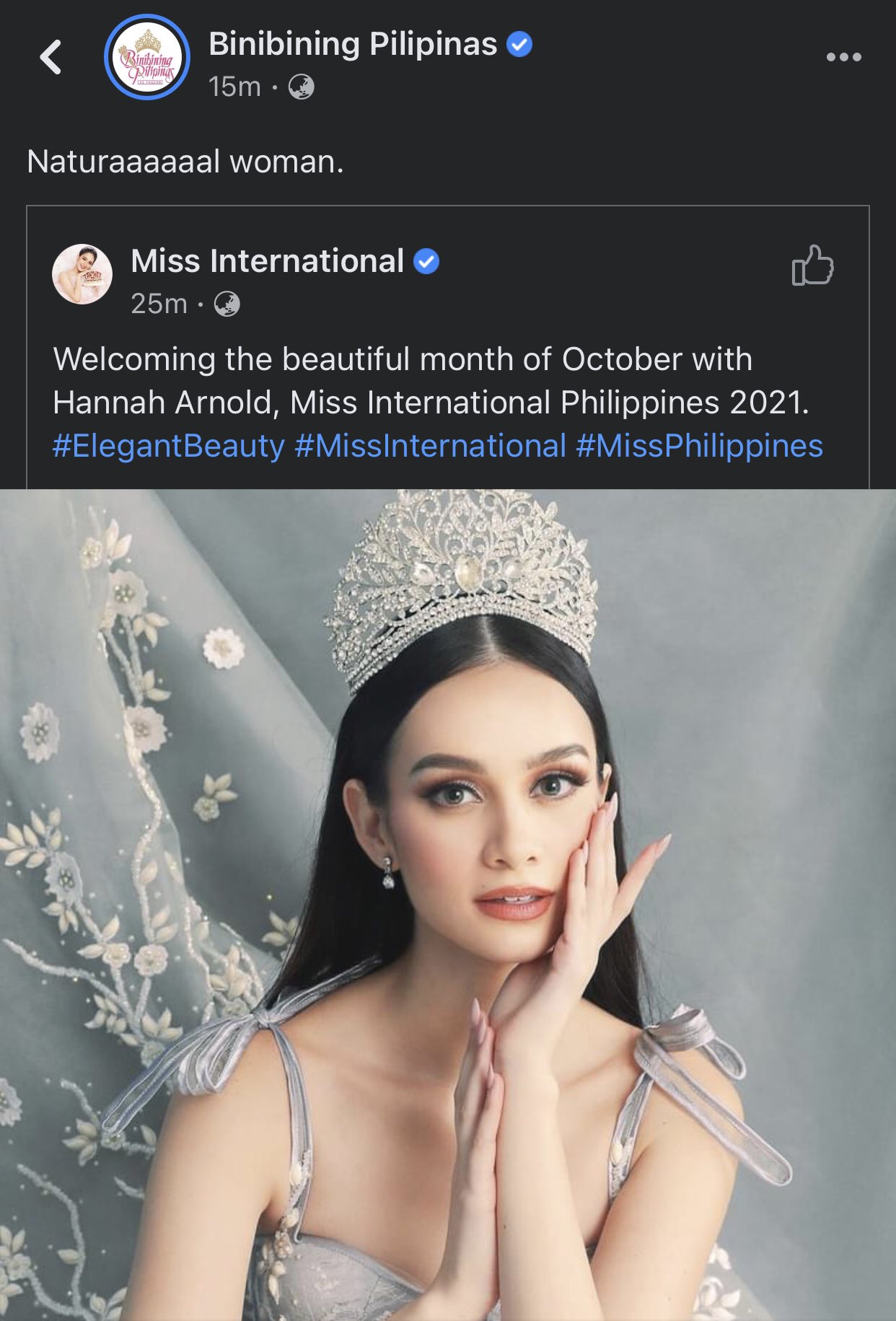 The beauty queen recently made local pageant history for being the first member of the LGBTQ+ community to be crowned Miss Universe Philippines.

BBP then apologized in a separate statement on Facebook, saying there was “no intention to throw malice at any individual.”

“The organization has always been about celebrating Filipinas of all backgrounds. We will never consciously do anything to minimize the experience and truth of anyone,” the statement read.

BBP said it “acknowledges the sentiments of netizens” and it has taken “down the social media post.”

“We will ensure that future posts will be properly vetted and cleared by the organization. Moving forward, we commit to being more mindful online,” the statement said.

The organization also requested netizens to spare the Binibining Pilipinas queens from negative comments and messages “since they had nothing to do with the post.”

Legacy, profligacy, and the art of articulating political wet dreams