The Department of Health (DOH) has reported that all 17 areas in the National Capital Region now have confirmed COVID-19 Delta variant cases.

DOH spokesperson Undersecretary Maria Rosario Vergeire initially said in a press briefing today, August 6, that 16 out of 17 areas in NCR have Delta cases, but later clarified to reporters that all areas now have the more transmissible variant of the virus.

“Upon clarifying with the team, we detected delta on all 17 cities and municipality in NCR,” DOH said. | @shecrisostomo pic.twitter.com/ISTMrAKXDI

Vergeire said the total number of Delta variant cases detected in the country has now reached 331. The Delta variant is reportedly a more transmissible iteration of the virus, due to its higher viral load, and has pushed infection rates in various countries already since it was first detected in India.

“Among the 116 newly detected Delta variant cases in our country, 100% has recovered as per our case line list. These are being verified with the different local government units,” she explained.

Of the new cases, 95are local cases, one returning overseas Filipino, and 20 for verification. 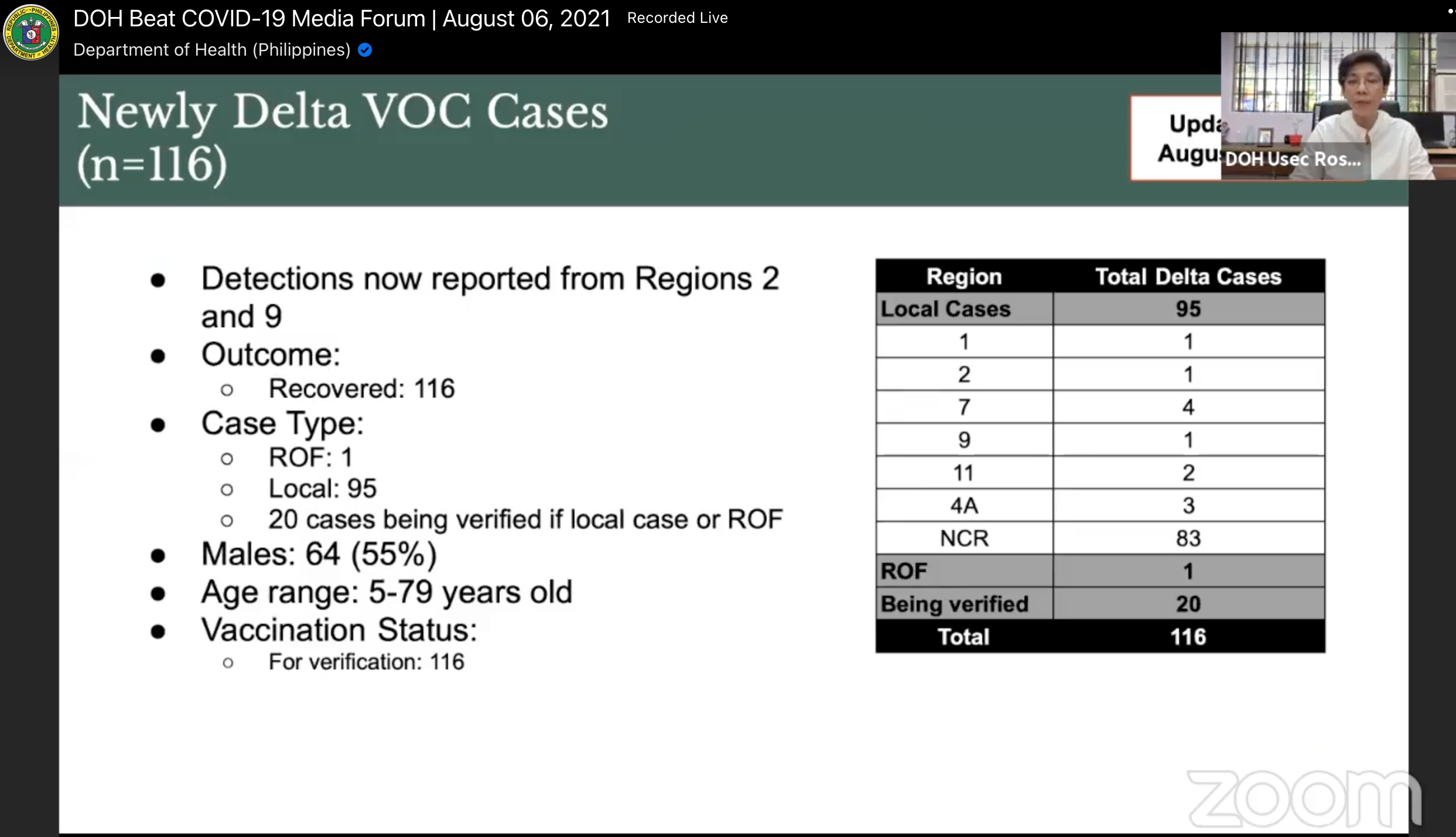 Eighty-three (83) of the new Delta variant infections have been recorded in Metro Manila, while the rest are in Calabarzon (3), Central Visayas (4), Davao Region (2), Zamboanga Peninsula (1), Cagayan Valley (1), and Ilocos Region (1).

Delta variant: Everything you need to know about this more transmissible strain of COVID-19

Vergeire stressed the importance of following minimum public health standards, even for those who have been fully vaccinated against COVID-19.