Red is the color of war. Of struggle. Revolution.

That lighter shade of red, which is pink, is just one of seven candy colors.

This wasn’t the case in 18th century Europe. Men and women at the time thought it swanky to wear pink floral threads as a mark of class and privilege.

Historians say it was the preferred color of Jeanne Antoinette Poisson, Marquise de Pompadour, or more commonly referred to as Madame de Pompadour. She was a member of the French court and quite the king’s favorite “official mistress”. Perhaps, even a fashion trendsetter.

The color pink has been experimented on by artists during the Renaissance period. The story goes that they mixed the slightly red pigment found in red earth called sinopia with the Bianco San Genovese or what has been called “lime white”. The early days saw artists use it as skin tone for faces in portraits.

If any of you had traveled to India, no one would argue that one of the most awesome things a person could ever see is the flight of the Pink Flamingos, to say nothing of the roll of the Pink Cadillac in the United States.

How pink turned out to be a “gender-appropriate color” is anybody’s guess. Some say that in the 19th century, boys and girls wore blue and pink interchangeably. It was used as a color to highlight the person’s age than either femininity or masculinity.

Gender-coded colors came much later, as one The Atlantic 2013 article showed. By the turn of the 20th century, particularly the middle thereabouts, pink became strongly associated with everything feminine. No thanks to Sigmund Freud. 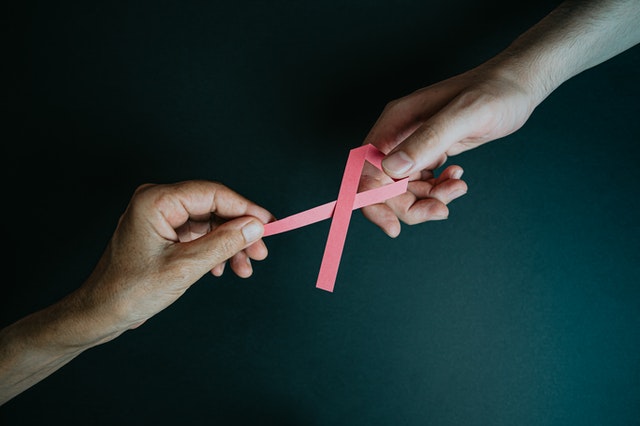 The Philippines is no stranger to the color pink. Anyone who has ever tended a flower garden knows that pink dominates everything from the commonplace bougainvillea to our beloved rosal, the Tropical Hibiscus, and the Queen Sirikit.

In college, I recall wooing a crush not with red roses but with pink ones as it was a fad back then (quite an expensive fad, if I may add). Just don’t ask what her answer was.

Younger, I would dig my teeth into huge pink cotton candy swirls whenever I got the chance.

When Vice-President Leni Robredo announced her candidacy for the presidency on the late morning of Oct. 7, pink was the color of the day. It was all over social media.

And rightly so, I guess, because its etymology describes the word’s origins as coming from “high luminosity”. A kind of bright light. A visible blush.

We need to reimagine the color pink as the dye of war. Not a war of annihilation, but a battle for rejuvenation. Incarnation. The personification of the quintessence of all that the nation stands for, altogether interpreted from the eyes of the poor and the disenfranchised.

Pink, as a political noun, also carries the sense of one who is left of center but not entirely a radical. To be pithy about it, it means one who has his or her head on his shoulders.

It is also associated with the word incarnation, “a fresh color,” the epitome of something alive, not the digging up of something long dead.

The verb pink is more revealing. It speaks of piercing, to puncture, to stab using a pointed weapon. The Old Latin, Old French, Romanic, and Old English roots point to this definition (pun, intended, of course).

Ask any honest child: no pinkie promise should ever go unfulfilled or else. And what of the idiom “the pink of health”? It speaks of energy, vitality, strength. The ability to endure the long haul.

Maybe that’s what we need: to reimagine the color pink as the dye of war. Not a war of annihilation, but a battle for rejuvenation. Incarnation. The personification of the quintessence of all that the nation stands for, altogether interpreted from the eyes of the poor and the disenfranchised.

To lend, nay, impose some blush in this largely dark, shameless political dispensation. To revive Filipinos into the pink of health despite the ravages inflicted by tokhang, widespread corruption, endless poverty, and this pandemic.

To finally put a stop to impunity where the poorest of the poor were principally the victims. To reinstate a vigorous form of justice, one pinked by law and not the whims of one man.

To give the guilty the pink slip, and get tickled pink while watching them descend from power. What more can the opposition ask for?

Pink as a political color speaks volumes. Let me summarize it for you in the words of the rock band, Pink Floyd:

Breathe, breathe in the air / Don't be afraid to care.