In a statement on Nov. 18, Foreign Affairs Secretary Teddy Locsin Jr. said no one was hurt from the incident but the Philippine boats had to abort their resupply mission.

Locsin expressed “outrage, condemnation and protest” over the incident to Chinese Ambassador Huang Xilian and the Ministry of Foreign Affairs in Beijing. He also reminded China that a public vessel is covered by the Philippines-United States Mutual Defense Treaty.

“The acts of the Chinese Coast Guard vessels are illegal,” Locsin said. “China has no law enforcement rights in and around these areas. They must take the heed and back off.”

The Ayungin Shoal is part of the disputed Kalayaan Island Group, which is within the Philippine’s exclusive economic zone and continental shelf, “over which the Philippines has sovereignty, sovereign rights and jurisdiction,” the secretary said.

Locsin also said the “special relationship” between the two countries is being threatened by China’s “failure to exercise self-restraint” over the incident.

He added that the Philippines will continue to provide supplies to troops in Ayungin (Second Thomas) Shoal.

“We do not ask permission to do what we need to do in our territory,” Locsin said.

"Currently, the area around the Second Thomas Shoal is generally peaceful, and China and the Philippines are maintaining communication on this," Zhao said, without confirming if water cannons had been used. 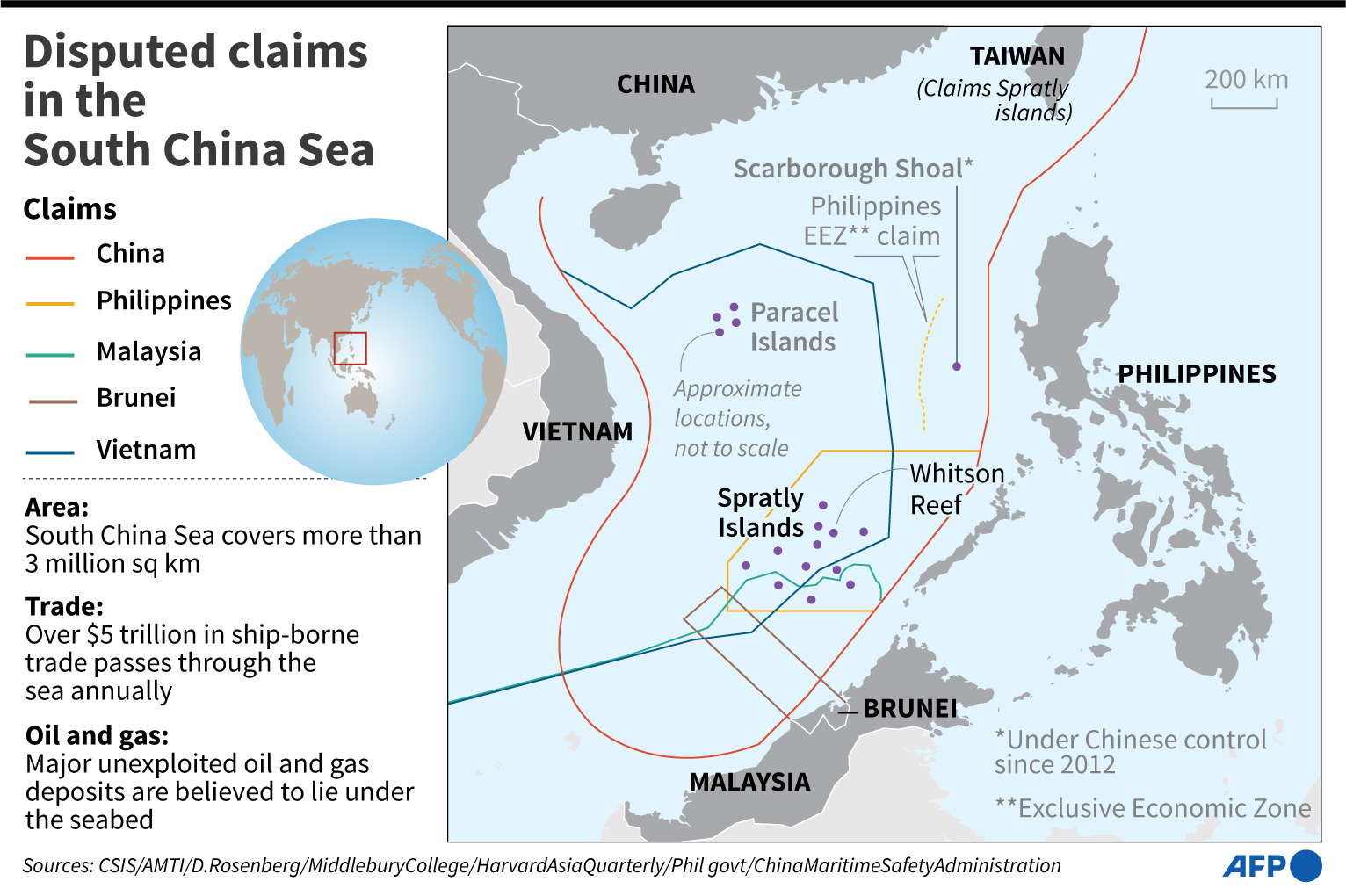 Tensions over the resource-rich seas spiked this year after hundreds of Chinese vessels were detected at Whitsun Reef, which is also in the Spratly archipelago.

China claims almost all of the sea, through which trillions of dollars in trade passes annually, with competing claims from Brunei, Malaysia, the Philippines, Taiwan and Vietnam.

Beijing has ignored a 2016 ruling by The Hague-based Permanent Court of Arbitration that ruled against its historical claim over most of the West Philippine Sea.

After China occupied Mischief Reef in the mid-1990s, the Philippines marooned a derelict navy vessel atop the nearby Second Thomas Shoal—where members of the Philippine Marine Corps are based—to assert Manila's territorial claim. (With reports from AFP)