The PhilSTAR Media Group bagged a gold and two silvers for two of its multimedia campaigns in 2020 at the 56th Anvil Awards this year which had the theme "PR for Good."

The Philippine STAR, through its newest lifestyle platform PhilSTAR L!fe, launched “In Between: The Art of Moving Forward” in commemoration of the broadsheet’s 34th founding anniversary. The campaign won a Gold award for the category, “Multimedia/Digital – Social Media Tool,” and a Silver honor for “Specialized Public Relations Program – Advocacy Campaign.” 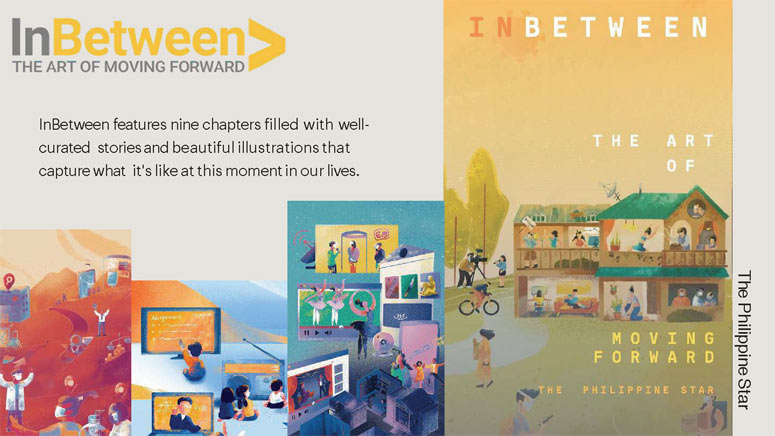 Through stories penned by over 100 writers and prominent figures, The Philippine STAR peered into how the world was forced to evolve past its pre-pandemic practices; how people were confined to their spaces while being stretched to view newer, bigger pictures of mental and physical survival.

Ensuring that all are reached, The Philippine STAR accompanied the written narratives of unwavering resolve with a series of minute documentaries that featured individuals stricken by the pandemic, and a set of samely inspired illustrations, which later on graced the stores of Uniqlo as statement shirts.

Sometimes we yearn to just forget, to pretend this bleak, unprecedented moment in our lives did not happen. But we have to remember—how we felt, how we acted, and how it worked—because it is the only way to survive.

The awe-inspiring stories featured in the efforts are of life unhalted, new and missed opportunities, lost love, the nation’s state, economic struggles, medical triumphs, and everything in between this technicolored version of life.

“I am honored to be a part of this documentation of history. Sometimes we yearn to just forget, to pretend this bleak, unprecedented moment in our lives did not happen. But we have to remember—how we felt, how we acted, and how it worked—because it is the only way to survive. We are still learning from this whole experience and writing our story together,” says Sheila Paras, PhilSTAR Media Group head of digital and overall project head.

The media group’s BusinessWorld Insights online fora also won a Silver award for “Exhibits and Special Events – Conferences/Conventions.” Staying true to its tagline, “We mean business,” BusinessWorld reported on changes in the nooks and crannies of various industries via its online seminars. 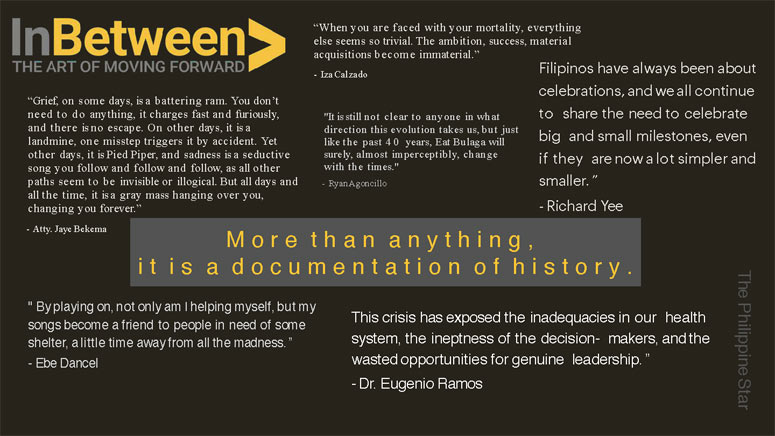 Banking on the seasoned acuity and savvy of experts, BusinessWorld invited the industries’ top brasses, ranging from Manny Pangilinan to George Royeca, to show how their respective trades matured due to the abrupt interruptions during 2020. The execution allowed BusinessWorld to bag a silver award.

These campaigns are very dear to our hearts because of the PhilSTAR Media Group’s determination and resilience to demonstrate to our audience that we are one in overcoming this global crisis.

“These campaigns are very dear to our hearts because of the PhilSTAR Media Group’s determination and resilience to demonstrate to our audience that we are one in overcoming this global crisis,” says Lucien Dy Tioco, Philstar Media Group executive vice president.

Organized by the Public Relations Society of the Philippines, the Anvil Awards is widely recognized as the “Oscars of Philippine PR.”

The anvil symbolizes strength and bravery, and the awards acknowledge the fortitude and resilience exemplified by these organizations when they envisioned and put forth programs and tools that helped the PR industry adapt and shift gears to meet changing needs.

Only 142 of the 534 entries won an award based on two tiers of judging. Based on the criteria, 86 PR programs and 36 PR tools won Silver Anvils, while 12 PR programs and four PR tools brought home Gold Anvils.

The Nestle Philippines brought home the Grand Anvil for top PR program with their program, “The NESCAFE Plan: Transforming farmers into agripreneurs to create a sustainable and progressive coffee industry in the Philippines.”

PLDT-Smart bagged the Platinum Anvil for “PLDT-Smart #CyberSmart Caravans: Promoting cybersecurity and safety among teachers and students.” The company also took home the prestigious Company of the Year Award.

Another big winner was multi-awarded Page One Group, which again won the coveted Agency of the Year pennant, notching the award for the fifth year in a row.