Photos given to The Philippine STAR by Senator Bong Go showed a majority of the houses near the Marikina River deep in water, with some reaching half of the first floor.

Marikina and Rizal are two of the hard-hit areas by the typhoon, leaving hundreds of residents displaced.

ATM: Despite very gusty winds, the Philippine Coast Guard (PCG) conducts aerial inspection along the Marikina River to assess the gravity of damage brought by #UlyssesPH

According to Marikina PIO, Marikina River's water level reached 21.8 meters as of 12:08pm, almost breaching the record set by Typhoon Ondoy in 2009.

The photos also show boats being used to rescue residents in Marikina. 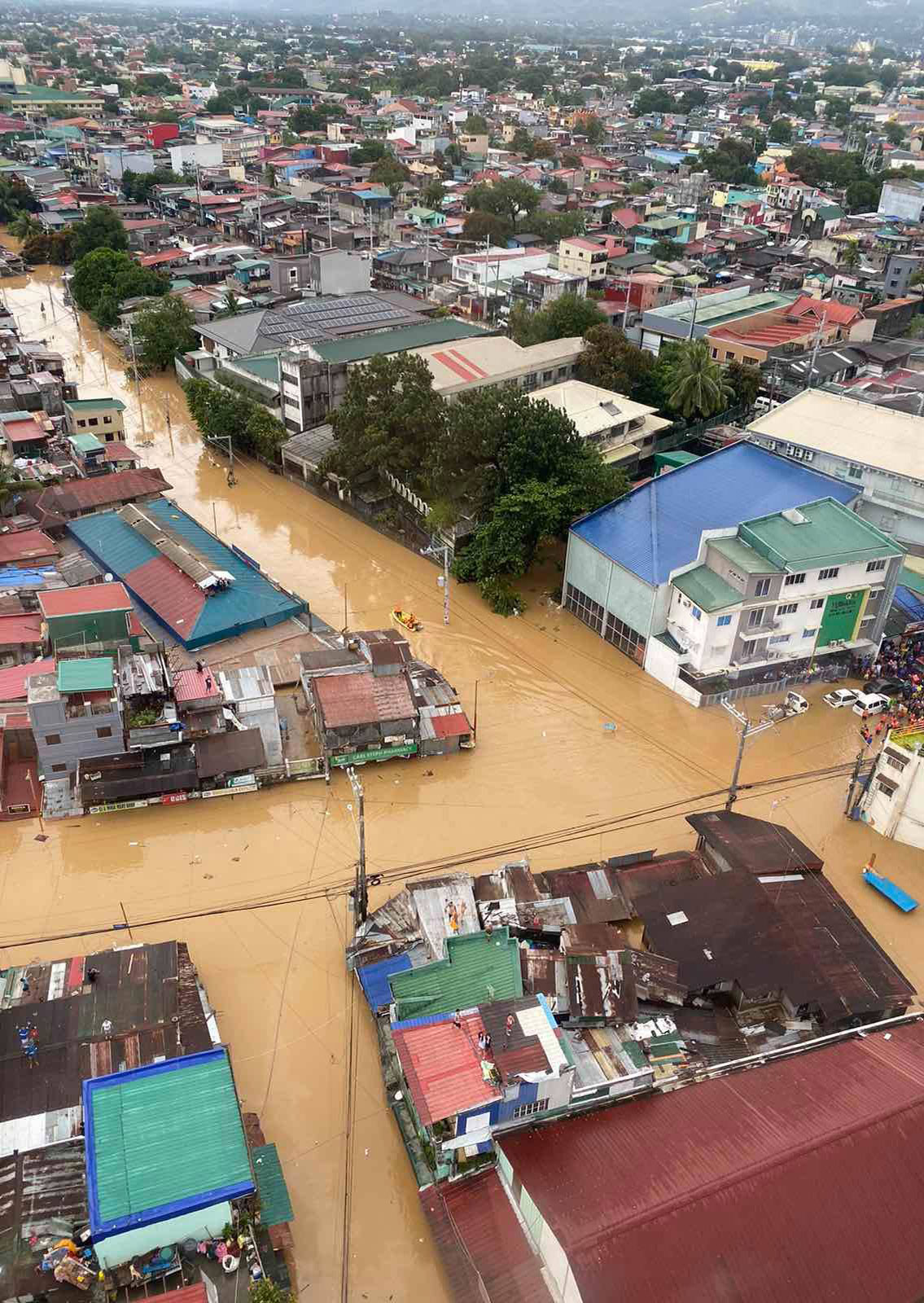 In an interview with DZBB, Marikina City Mayor Marcelino “Marcy” Teodoro likened the impact of the typhoon to Ondoy.

"During Ondoy, it happened just like this," he recalled. "While everyone was sleeping, the river’s water level suddenly rose."