Want to brush up on history and go on a socially relevant field trip this weekend?

To commemorate the 50th anniversary of the declaration of martial law, several youth groups are organizing a bus and walking tour on Sunday, September 18, 2022.

Participants on the tour will have a chance to explore historical sites related to martial law around Metro Manila while being guided by young historians.

Dubbed "Road Trip: A Martial Law History Bus and Walking Tour," the activity aims to provide "fun-filled and interactive learning activities to young people who want to learn more about Martial Law history and deepen their appreciation of freedom and democracy." 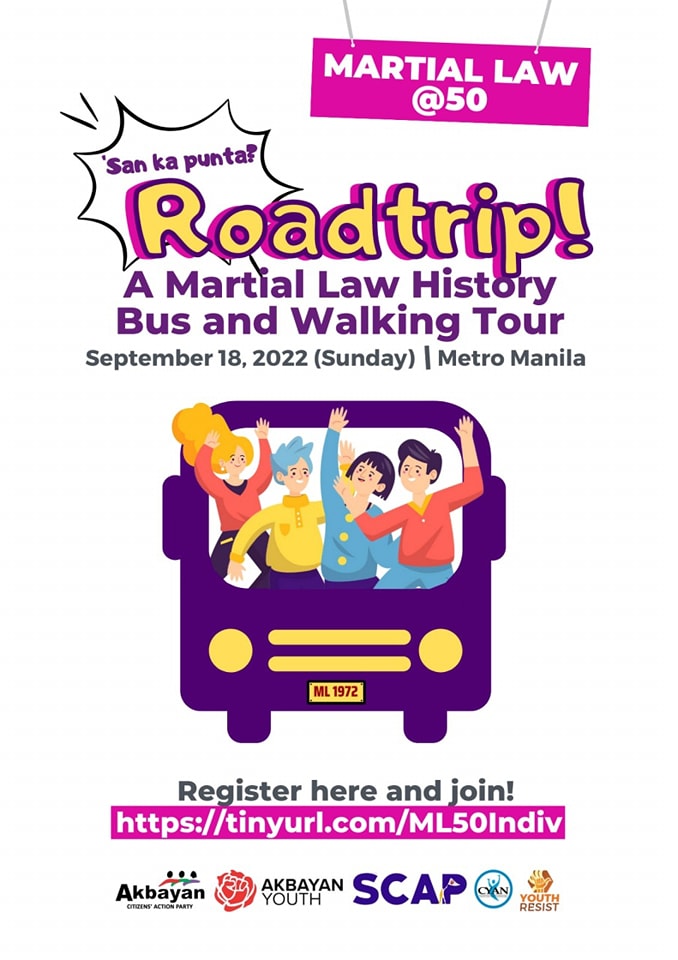 As reported by Interaksyon, one of the activities in the tour is a “Tallano Gold Treasure Hunt,” where participants will be asked to answer relevant questions and accomplish tasks to deepen their knowledge about the Marcos regime.

The bus tour will also host cultural and artistic performances, which include songs that define the Martial Law period, skits, and other interactive activities.

The tour will commence at the Liwasang Diokno Freedom Park in Quezon City, have a stop at the Bantayog ng mga Bayani and conclude at the University of the Philippines-Diliman. Those interested to join may register through this link.

But just in case you can't join the tour this weekend and want to explore significant sites on your own, here are some significant landmarks and memorials around the metro you can visit.

The Monument of Heroes stands as a testament honoring the martyrs and heroes who faced the perils of the Marcos regime yet fought for the country’s freedom, justice and democracy. Names of those who have advocated the truth and revolted against the unforgiving administration are inscribed on the granite wall.

University of the Philippines-Diliman

The University of the Philippines Diliman played a pivotal role during the Marcos era. Dating back to 1969-1971, UP Diliman students condemned the repressive regime and stood their ground for academic freedom. Members of the UP community joined hand in hand to conduct demonstrations, protests and marches that opposed the Marcos administration.

The Martial Law Memorial Wall is a series of black marble structures imprinted with the names of victims from 1972 to 1986 who suffered and died during the Marcos regime including student leaders like Edgar Jopson and Lean Alejandro. The memorial is located at Mehan Gardens in Manila neighbored by the Bonifacio Shrine in Manila.

The People Power monument was built to commemorate the events of the 1986 People Power Revolution and represents the thousands of Filipinos fighting for freedom from a repressive regime. The sculpture of towering people was designed by Eduardo Castrillo in 1993. The historical event signified the country’s stepping stone in restoring freedom and democracy. The monument is located on the corner of EDSA and White Plains Avenue in Barangay Camp Aguinaldo in Quezon City.

From February 22 to 25,1986, millions of Filipinos gathered on EDSA to protest the results of the snap elections, the years of oppression and injustice during the Marcos years, and called for freedom and democracy. EDSA Shrine, a small church located at the intersection of Ortigas and EDSA in Quezon City is known as the site of the major demonstrations that toppled Marcos in 1986 as well as Joseph Estrada (during the EDSA Revolution of 2001).

The Manila Film Center is a national building in the Cultural Center Complex in Pasay that served as the main theater for the First Manila International Film Festival in 1982 that now serves as a reminder of the human rights abuses that took place during the Marcos era. Construction on the building began in 1981 and its proponent, former First Lady Imelda Marcos pushed for its completion in 170 days.

As detailed in the PhilSTAR report Edifice Complex: "The deadline for the building's construction was tight, requiring around 4,000 workers who worked in three shifts non-stop for 24 hours a day. The lobby, for example, was only built in 72 hours, when it should have been erected in six weeks. At about 3 a.m. of Nov. 17, 1981, the center's scaffolding collapsed, burying around 169 workers alive in quick-drying cement. The Marcos administration tried to cover up the accident by not permitting rescuers and ambulances into the site not until nine hours after the incident."

Is Malacañang Palace haunted? 16 presidents have lived there—and one ‘kapre’

Malacanang Palace, the official residence and workplace of the president of the Philippines, served as the home of the Marcoses for over 20 years of luxury and wealth. On the fourth day of People Power, Filipinos stormed into Malacañang after learning that the Marcos family had fled the country. 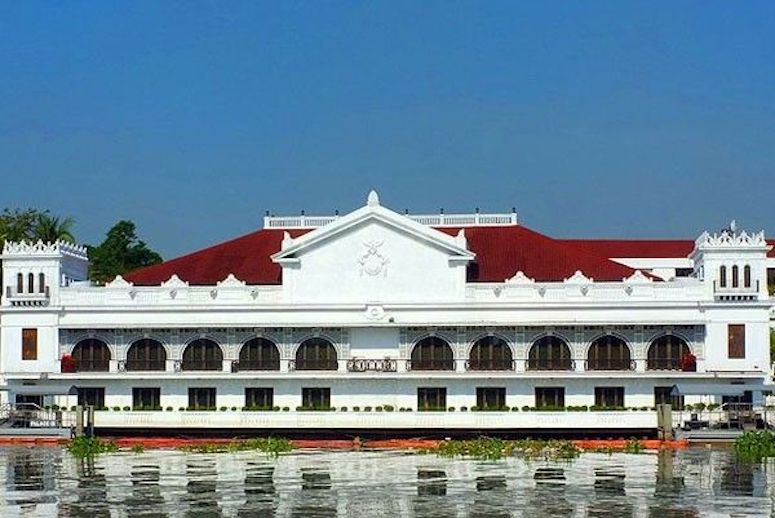 Via is a journalism student who finds comfort in music and loves going to concerts. She finds concerts euphoric and a place of contentment where she can express herself best.