Filipino celebrities and well-known personalities are in mourning following the death of celebrity and fashion photographer Raymund Isaac, who passed away due to COVID-19 complications.

Isaac’s death was confirmed by his brother, Edward Isaac, who confirmed his death on social media late Saturday night. He was 58 years old.

Actor Xian Lim remembered how Isaac “transformed” their photo shoots into a “playground where I can just be myself.” He also shared throwback photos, detailing his favorite moments with the photographer.

Meanwhile, Lea Salonga posted photos from 2007 and 2020. She also expressed her gratitude for his “kindness through the years.”

Agot Isidro also recalled her favorite moments with Isaac on her Instagram account. “I will miss you @raymundisaac,” she added.

YouTube personality Team Kramer described the photographer as a “legend in the industry” who is “loved by so many.”

On the other hand, Angel Locsin wrote about how Isaac would give advice and boost her confidence during photoshoots. She also uploaded a series of photos that were taken by the photographer over the years.

Singer and actress Sarah Geronimo also expressed her love for the photographer on her Instagram Story, praising his “kindness and generosity.” 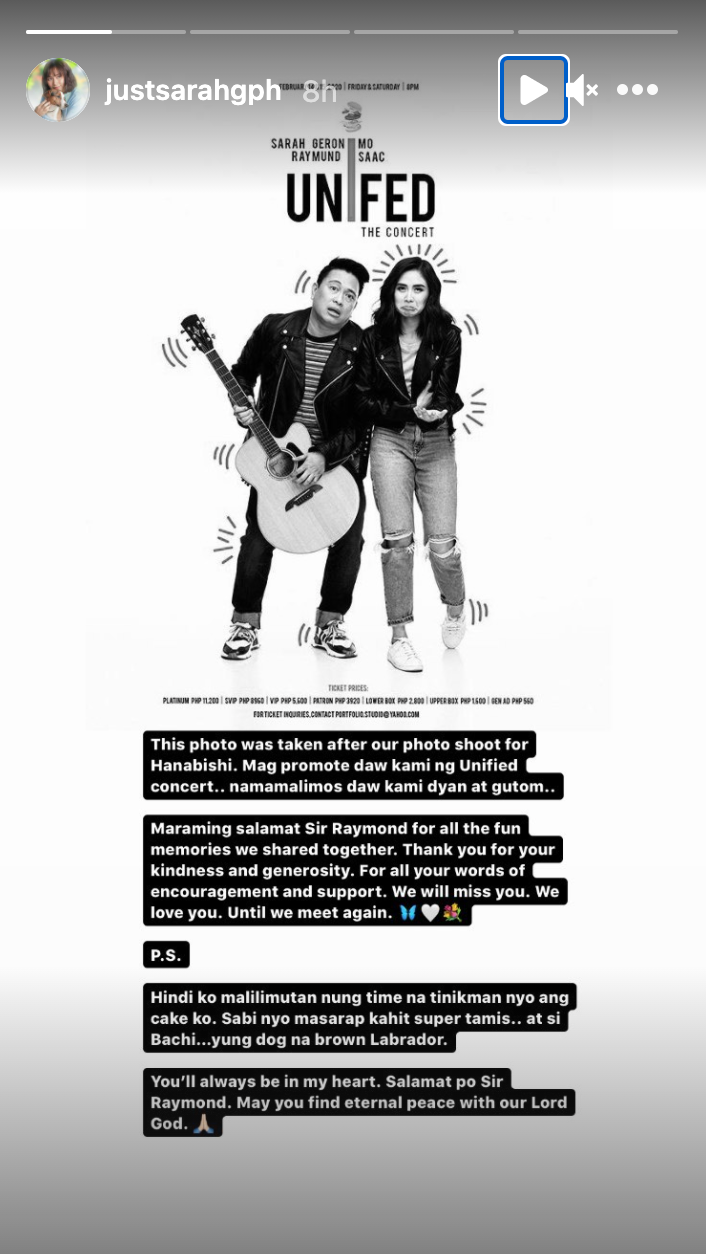 Multimedia personality Christine Babao remembered how it was “easy” to work with Isaac. She also recalled how “many have fond memories of working” with the photographer.

Meanwhile, Zsa Zsa Padilla couldn’t hide her heartbreak over Isaac’s death as she shared a glimpse of him behind the scenes.

Fellow singer Jessa Zaragoza expressed her grief over the photographer’s passing, saying he’s been around in the “important events” of her life.

Filipina ballerina Lisa Macuja-Elizalde revealed that she was in disbelief over Isaac’s death. She also added: “You will live forever through all that you have touched with your light and love and enormous talent!”

TV host Luis Manzano uploaded a throwback parody video of him and Isaac “eating” with the cast of the 2012 film The Avengers, saying he’ll “always be the best.”

Pinky Amador didn’t hide her sadness over the photographer’s death as well. She shared a throwback photo of their “last photoshoot,” describing him as a photographer who “meticulously makes sure everything was just right.”

Isaac was rushed to the California Medical Center in the US on July 24, after he had been experiencing difficulty in breathing. His partner Jayson Vicente shared on a Facebook post on Aug. 28 that Isaac was stable but remained “intubated and sedated.”