You have probably heard of mukbang. Now, how about some gongbang?

The term means “study broadcast” and refers to people streaming themselves while, you guessed it, studying.

The new livestreaming genre is straightforward as it sounds, as it’s just raw videos of students studying. Intently. In silence. For hours.

The length typically varies but ranges from two hours at least to nearly half a day at most. There are also some videos that show timers at the side that winds down to brief periods of rest in between sessions.

Different students, different settings of course. Some videos just feature a desk and a book they are poring through, showing their hands flipping through the pages, taking notes and whatnot, with their head cut out of the frame. Some feature the student in a full shot on a busy study table that looks like home. Some shoot their video in a library. Some in a cafe or a reading room.

The videos on paper may appear dull or uninteresting or like a modern take on Waiting for Godot, but many people get a kick out of watching it.

In an interview with Vice, one popular gongbanger (I’m not even sure if that is a term already) surmised that his videos probably help ease people’s sense of alienation brought by the COVID-19 pandemic, which grounded many students at home.

“Because of the coronavirus, most people around the world are studying alone at home. I think my video tells them that [they] are not alone,” Kim told Vice.

Indeed, it appears that some people play the videos to accompany them and even motivate them while studying. Some even share study tips in the comments section of the live video.

Before the trend took off with the COVID-19 pandemic, gongbang videos have been going on for quite some time already in South Korea, where students sometimes prepare for grueling school exams by burying their noses in their textbooks for hours on end. Some have said that the genesis of the trend came about as some students put up the livestreaming to prove to their strict parents that they were in fact, studying.

In 2018, the Korean Herald came out with a story saying that “A handsome Korean man is livestreaming what he does all day: study alone. Nothing special, except for the incredible reaction his videos generate among Korean audiences.”

After starting in South Korea, the trend is now catching up in other countries as other gongbang creators have appeared in the US, Singapore, India, UK, and Argentina.

But though some people do watch the videos to help them study, it appears that a sizable number also watch videos just to ogle at some cute oppas. 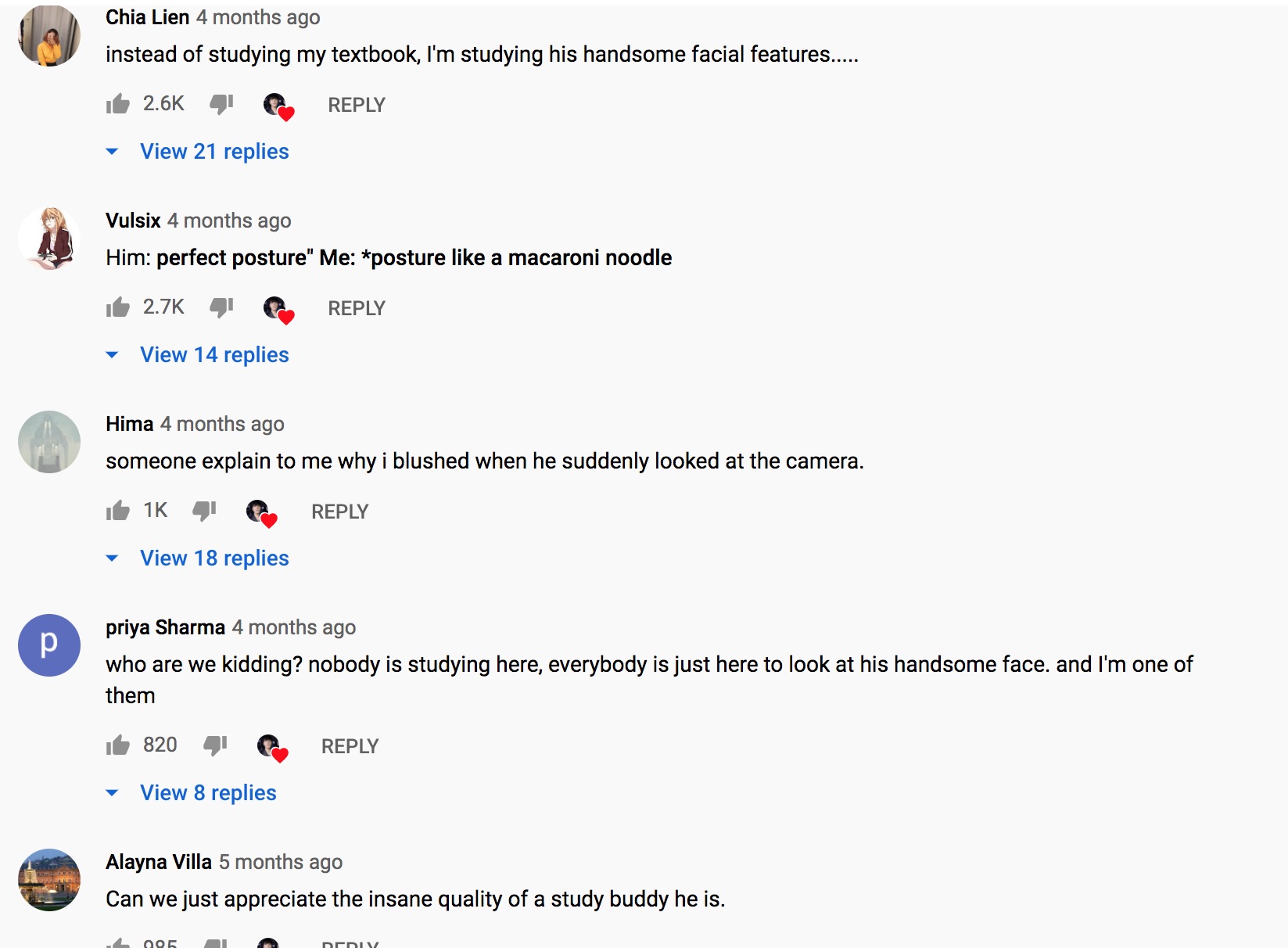