Carlos Yulo snatched the fourth place at the Men’s Vault event of the 2020 Tokyo Olympics today, August 2, at the Ariake Gymnastics Centre, Japan.

With the event utilizing the vault table for athletes to gracefully leap over, Carlos was the last to perform his routine. For his first attempt, he executed a triple-turn twist, side stepping out of the mat as he landed. He then stuck the landing in his second attempt.  He achieved a total score of 14.716. 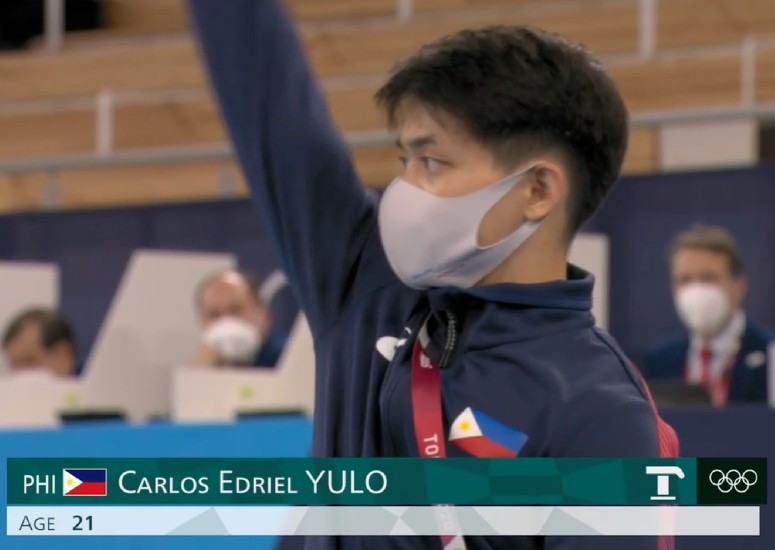 The vault finals served as Yulo’s Olympics redemption after failing to secure a spot in the finals of his signature gymnastics event, the floor. He qualified at 6th in vault with a total score of 14.712.

The 21-year-old is no doubt an Olympics favorite as he’s been nabbing medals left and right in the past years. He brought home the all-around gold and five silvers during the 2019 Southeast Asian Games and two bronze medals during the All Japan Apparatus Final this June.

In a tweet posted a few minutes before his vaults performance, the athlete shared a photo in the gymnastics centre and captioned it with “Win or lose I’m still honored to represent the Philippines.”

Yulo’s Olympic stint didn’t come without difficulty, as his longtime coach Munehiro Kugimiya previously took to social media to take accountability for the athlete’s performance in the qualifying rounds.

“ [The athlete is always trying [his] best. Carloy is Carloy even though success or fail. [He is] one of my proud gymnasts," Kugiyama had captioned.

We're so proud of you, Caloy!