Did China just claim another distinctive South Korean dish as their own?

Some South Koreans are now protesting online after China reportedly claimed that samgyetang, a traditional chicken ginseng soup in Korea, is a Chinese dish.

The claim, this time, was not made by any person or institution but a certain website.

A story from Koreatimes reported that the Chinese search agency Baidu described samgyetang as “a chicken soup dish originating from Guangdong province, China, which was later introduced to Korea. It adds that the dish later became one of the most iconic dishes beloved by Korea's royal family members. ”

The disputed definition comes up if one keys in samgyetang or "参鸡汤" on the Baidu search engine.

Koreatimes also interviewed a certain professor and a Korea “publicist” who has already sent a complaint email to Baidu to rectify the information.

"Baidu has stirred up a controversy by distorting history with Samgyetang, as it did with Kimchi recently … so I immediately sent an email to Baidu,” the report quoted a certain Prof. Seo Kyung-duk as saying.

A number of Koreans are now expressing indignation online over the issue. 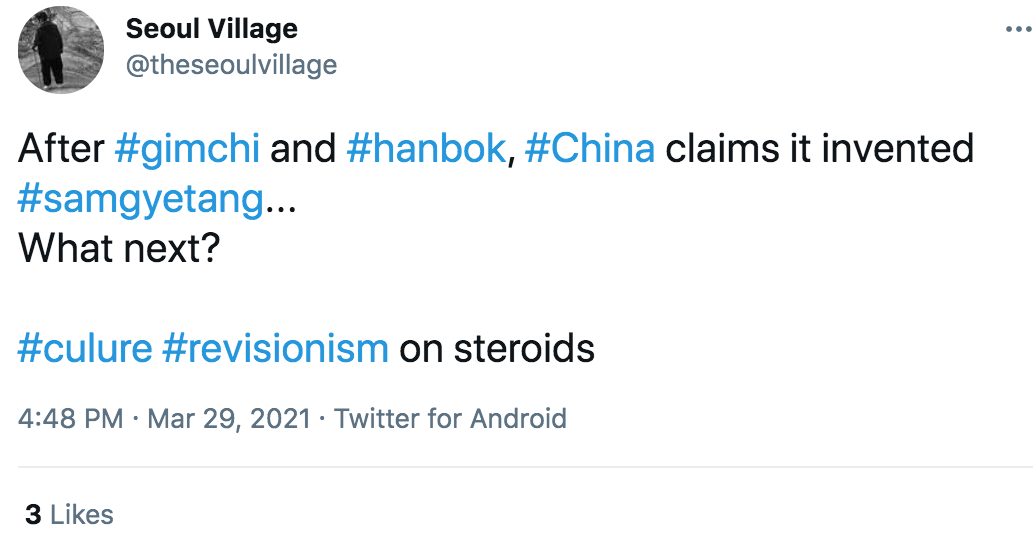 A change.org petition was also put up today, March 31, urging Baidu “to correct the distortion that described Korea's samgyetang as Chinese food!”

To further make its case, the petition even cited a supposed statement from Chinese premier Li Keqiang citing that the dish is in fact Korea. 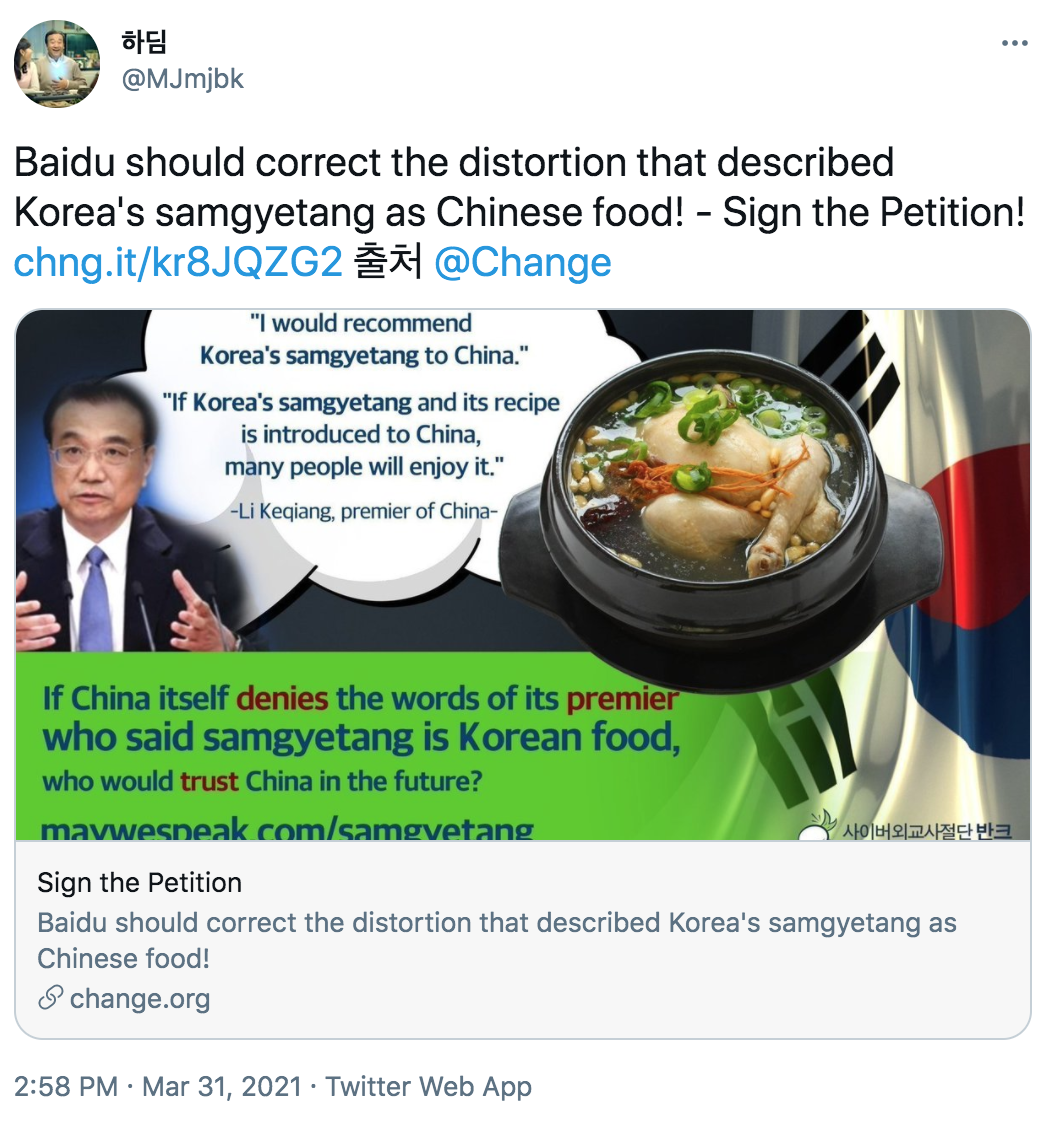 This is not the first time that Koreans have protested over perceived culinary annexation from China, from which relations have been traditionally underscored by a long-running historical tension. Early this year, an online row erupted between the two after a popular Chinese YouTuber seemingly claimed that kimchi is Chinese.

LIST: Country-style getaways near Manila for your weekend road trips