There’s always a reason to indulge in chocolates—whether to celebrate small wins or to nurse a broken heart.

Today, as people are empowered to make a lifestyle shift for whatever their reason may be, there’s no leaving behind this favorite cure-all for many.

Recently, Nestlé announced that a vegan version of one of its beloved confectionary bars, KitKat, is set to debut later this year in several countries. This is in response to the wishes of its plant-based fans around the world.

Its soon-to-launch KitKat V is made from 100-percent sustainable cocoa and reportedly uses rice-based formula as a milk substitute.

However, KitKat fans may have to wait out a bit as Nestlé has yet to confirm which countries this vegan version will be available in and when exactly it will drop.

Have a break... with the soon-to-launch vegan KitKat

So as we wait, here are delightful dairy-free chocolates available in the Philippines that one can indulge in.

Theo and Philo artisan chocolates are known not only for its colorful and fun packaging but also for its wild, distinctly Filipino flavors that are available for its dark and milk chocolate variants.

For its chocolates, Theo & Philo uses high-quality local ingredients—from its cacao beans from Davao to the world-famous sugar from Bacolod.

Malagos Chocolate is a favorite for vegans and non-vegans alike, especially its dark chocolates that are said to be pure, all natural and contains no gluten, dairy, nuts, preservatives, artificial coloring and non-GMO.

This award-winning Davao-based brand, which has been recognized worldwide, uses cocoa beans that are grown in its own Malagos farms located in the foothills of Mt. Talomo in Davao.

According to its website, the Malagos chocolate factory has several certifications, including the Halal certification by the Islamic Da’wah Council of the Philippines.

Auro Chocolate is an award-winning Filipino brand that has vegan offerings in its line of products. According to its website, all of its cacao and dark chocolates are vegan.

Among its vegan recommendations are its 77% Dark Chocolate, with full-bodied cacao flavor and a touch of dried fruit; the 100% Dark Chocolate Saloy, which is part of its Reserve Collection; and 85% Dark Chocolate Mana, with notes of caramelized apple, rum, sweet banana and cashew.

Auro sources its cacao beans from its partner farms in Mindanao and its chocolates are crafted from scratch at its factory in Calamba, Laguna, which is certified Halal, among other certifications. 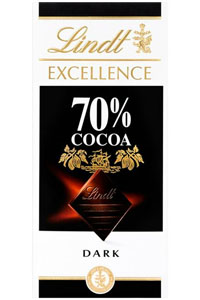 Lindt is known for its wide range of goodies, especially its milk chocolates. But its website also indicates that some of its products are made without animal products like its Excellence range that has 70%, 85%, 90% and 99% cocoa dark chocolate bars.

The Swiss brand’s Excellence 70% Cacao Chocolate can be found in supermarkets and sometimes in convenience stores. This particular chocolate was named by Peta Asia as one of the “accidentally vegan” products that are found in some local stores in the Philippines.

Just last year, Lindt launched three vegan chocolates under the Hello brand. The chocolate bars use oat milk as an alternative to dairy, lactose- and nut-free, and are wrapped in recyclable packaging. It was initially made available only in Germany. 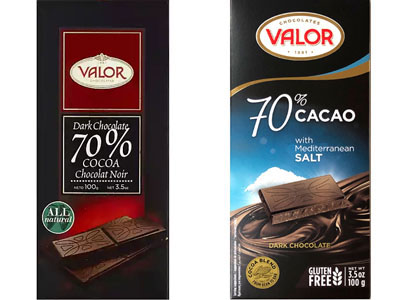 This 130-year-old Spanish brand started as a small family business in Alicante and is now exporting its products to over 50 countries.

One will notice that its chocolate products range from traditional to gluten-, lactose- and sugar-free.

Its 70% Cocoa Chocolat Noir and 70% Chocolat Noir with Mediterranean Salt chocolate bars are included in Peta Asia’s “accidentally vegan” list of products that are available in the Philippines.

LOOK: The ancestral house of the Aquinos of Tarlac

Kevin Tan: Fast action on the road to recovery

These old ski gondolas are transformed into pandemic-safe dining spaces