Singapore-based Filipino artist Royce Reyes translated his fancy for music and pop culture to these adorable home must-haves (and more) that bring the definition of cuteness to the next level.

Reyes, a chief designer for a digital marketing agency, has always been a pop junkie. As an artist looped in the daily grind, he wanted to find balance in his passion for art so he embarked on creative personal projects and started to challenge himself to do an art series.

Inspired by Wisconsin-based artist Alex Solis’ collection “Famous Chunkies” (illustrations of iconic pop figures as if they were fat), Reyes, a self-taught artist, came up with his own version and thought of turning pop icons into baby versions. And then, the “Baby Maker” series was born.

“Music plays a big part in my life. It’s in my DNA,” says Reyes. “Pop culture is one my guilty pleasures. I listen to music every day and I am a huge fan of artists from Nirvana to Taylor Swift, Tame Impala to Dua Lipa. Their songs keep me going in life and I drew inspiration from them.”

Reyes initially posted on social media his original illustrations of “babyfied” pop music personalities like Ed Sheeran, Sia, Beyonce, Mariah Carey, Post Malone and Katy Perry, which received rave reviews from friends and followers. As he posted more of his works, he started getting requests from followers to illustrate other music icons. Reyes pointed out that he only illustrates artists that resonate with him.

The idea of turning these cute illustrations into merch was conceived through the support of Reyes’ friends, fellow artists and followers on social media.

“I would often receive comments like, ‘That would look really dope on a shirt.’ And so, I thought, ‘Why not?” It would be a whole new way of reaching people with my illustrations, and it’s art that they can bring with them or physically hold,” he shares.

His Baby Maker series of illustrations made it on face masks for adults and kids, buttons, and the recently launched throw pillows, which are available online.

These cute throw pillows come in five sizes and prices start at $20. They are 100-percent spun polyester and feature concealed zipper and includes a pillow insert filled with recycled fiber. They are printed on both sides and are machine washable.

As a creative, Reyes, who has lived and breathed art most of his life, admits that coming up with ideas is not always easy but he makes it a point to surround himself with art. His inspirations come about in different forms—from songs to music videos, a certain iconic look, or absorbing different artists’ work. 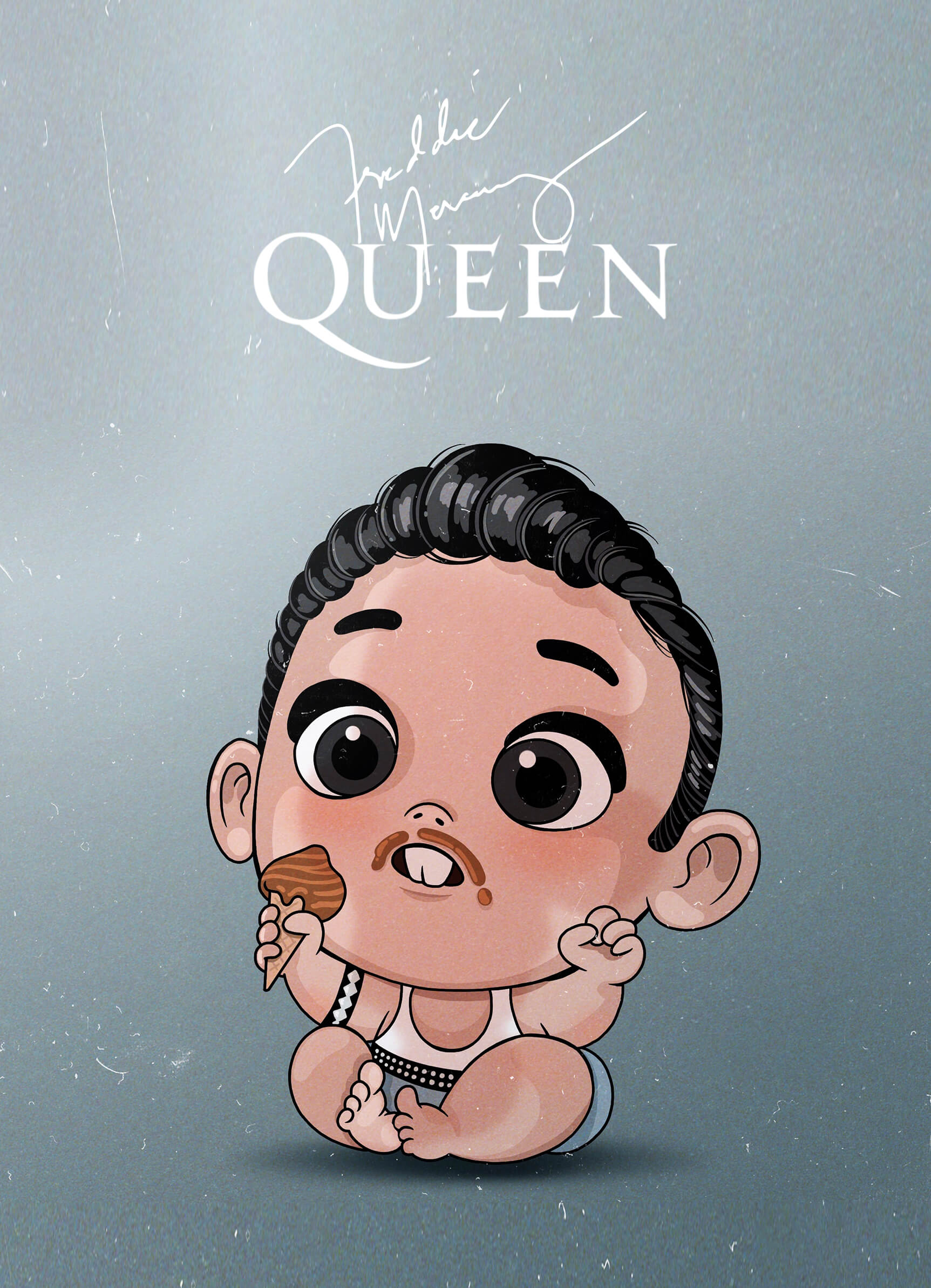 “With Freddie Mercury, for example, after watching the movie about him, I was just compelled to download his hits and soak that great music up. And before I knew it, I was already drawing him as a baby, with ice cream smudge as his iconic mustache,” says Reyes, who is also looking forward to see his “babies” in toy form in the future.

Also included in Reyes’ personal projects is his “Street Fighter Pop Edition”—a marriage between his love for pop culture and great physique. For this collection, his illustrations of pop icons like Gene Simmons of Kiss, Christina Aguilera and Lady Gaga are drawn to look swole and ready to battle in the Street Fighter-style arena. This collection has also spawned into shirts and totes that are available in his online shop.

Reyes believes that his art is still evolving, describing his current designs as “cute, bright, playful, and young.” But he also knows that he will be able to surprise himself and his followers where he can go with his art in the future.

For Reyes, who mainly wanted to use his art as an outlet to express the emotions he has been going through in his life, the start of his venture means he is able to spread his wings of creativity. And for him, being able to produce these creations also means “art is not just priceless… it is also still quite profitable."