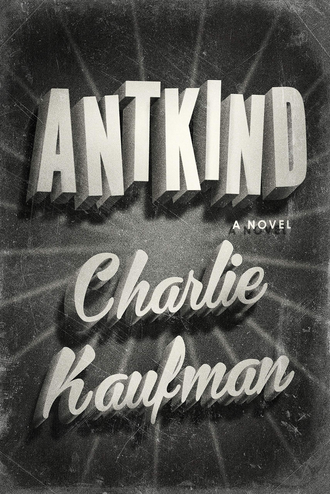 In Charlie Kaufman’s lengthy first novel, Antkind, the narrator B. is a self-important, pretentious, bitter New York film critic who stumbles upon the most world-changing film ever made — and then loses it, along with most of his memory of watching it. B.’s the kind of aggrieved white male who feels guilty about being a white male, religiously insists people adopt post-gender pronouns like “thon” into casual conversation, names his dog after a Robert Bresson movie (Au Hasard Balthazar), and brags about dating an African-American actress (“she’s well known, you would know her name if I said it”) while simultaneously denying that he is Jewish (his full name is B. Rosenberger Rosenberg).

Our narrator is an odd mix of politically correct and crassly pathetic. Yet we sense he’s heading for a comic cosmic comeuppance.

B. is on his way to Florida to do research on some film essay project when he accidentally meets the most important unknown director in film history. Or so he seems to remember it. Ingo Cutbirth, the African-American, centenarian director of this unseen, untitled masterpiece, has personally lived through much of American’s post-Civil War history up to the present and weaves it all into his lifelong animated film project — involving untold numbers of handmade wooden marionettes and a truckload of film reels — taking in the breadth of human history, cinematic techniques from silent to “talkies,” and pretty much all the “unseen” characters of the entire world.

Not surprisingly, watching the outlier animated movie — which is three months long (making Lav Diaz seem like a short film director) and which no one else but the director and B. have ever viewed — leaves our narrator in an altered state.

He stumbles around the rest of the novel trying to make sense of things as his world falls apart, often weaving in postmodern references, real-life celebrities and several times the author Kaufman himself, whom B. brands a “monster” who puts his characters through “hellscapes” without any hope of redemption or meaning. And the meta beat goes on, and on…

Antkind is highly entertaining, because B. is a perfectly fatuous, self-inflated, deluded and wrong-headed narrator. (And, we can’t help suspecting, he contains a germ or two of Kaufman’s patented self-loathing.) Solipsistic as B. is, the joke — just like a pigeon turd landing in his eye from above — is always on him.

Is B. Charlie Kaufman? There are underlying themes in Antkind that echo his past projects. Adaptation dealt with a writer’s inability to decide how to translate a literary memoir into a Hollywood script. Synecdoche, New York is a heartbreaking film about a man who tries to recreate all of Manhattan — down to every detail of every street corner — inside a soundstage, and enlists an endless parade of actors to act out a script he’s yet to finalize. Similarly, Ingo recreates huge chunks of Manhattan for his marionettes in the film, places that B. perfectly recognizes. And Kaufman’s script Anomalisa was turned into a (weird) animated film by Wes Anderson, whom B. praises effusively.

It’s such a strange rearrangement of human existence, veering further and further into the absurd, that it might possibly find some extra-textural convergence with a novel about a famous comic actor who largely abandons the madness of Hollywood in the pursuit of his art… 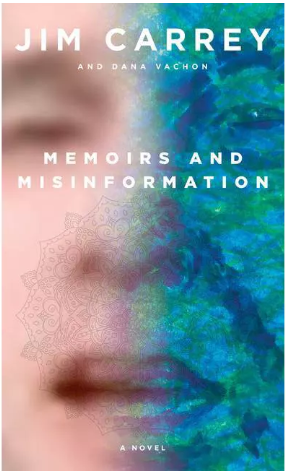 That novel would be Memoirs and Misinformation, Jim Carrey’s first literary outing (co-written by Dana Vachon), about the adventures of a character named… Jim Carrey, famous comic actor, now lost in a kind of ambient, absurd limbo existence where everyone is meta-identified by their real Hollywood names (except Tom Cruise, who “for legal purposes” is referred to as “Laser Jack Lightning”). Memoirs and Misinformation opens on Carrey facedown in his swimming pool (a nod to Sunset Boulevard’s drowned-man voiceover?), ostensibly practicing to play John the Baptist for a Terence Malick film. Los Angeles is scorching amid forest fires and paparazzo lurk everywhere, trying to scale Carrey’s electrified fence.

Is this a reflection of author/actor Jim Carrey’s state of mind these days? Is it an extension of his pivot to painting large canvases and — increasingly — political Pentel pen drawings that mock the Trump administration? I like to think that Carrey (and also Kaufman, both of whom have apparently been very busy under lockdown) is choosing to embrace creativity (lying just a smidge adjacent to madness) in all of its manifestations — manic scrawlings, TV shows, art exhibits and absurdist fiction. After the material is there, all around us. The world is such a strange place now that absurdity is perhaps the only lens, next to 35mm, that can capture it all, if not pin it in place.

We watch as “Carrey” rises from his bed and pads to the bathroom, trying to “reclaim existential certainty with a warm rush of urine through his middle-aged urethra”; we smirk in recognition as Carrey, watching a Netflix documentary on the Neanderthals, left to die in frozen wastes by advanced Cro Magnons, hits the pause button to properly grieve for his frozen ancestors — until Netflix, “greedy for its own bandwidth,” forces him back to the main menu page, “casting its red glow over him.” Hehe.

The novel vacillates from real-life details (Carrey growing up in Canada, briefly dating Linda Ronstadt, as well as Rene Zellweger) and fabulist explosions of prose. We see Carrey in a guru’s regression therapy session, exploring “the jagged edge of America’s dream” with the likes of Nic Cage, Gwyneth Paltrow, James Spader and Sean Penn. And that’s just Chapter 2. It’s impossible to tell what precisely is real, and who is ultimately responsible for the self-parodying literary style here — whether it’s pal Vachon honing the prose on a laptop as it escapes straights from Carrey’s lips — or if it simply just feels like the kind of things you could imagine Carrey saying in a movie.

Coincidentally or not, Charlie Kaufman makes an early crossover appearance, telling Carrey that “cinema’s guiding illusion of distinct frames effecting fluid continuity is the same trick that creates the impression of time in the mind — that past and present are invented concepts, necessary fictions” — and the novel’s hero indeed flits back and forth in time like a Watchmen comic or Billy Pilgrim in Slaughter-House Five.

Either way, we are slipping down into strange literary rabbitholes indeed, where the air is perhaps more stuffy and COVID-y, but also existentially cleansing in its purity.

(Both books available through Kindle.)