Amid travel bans and border restrictions brought by the COVID-19 pandemic, flights to nowhere are fast becoming a trend in the world of travel.

What is a flight to nowhere? It is exactly what it says—it’s a flight that doesn’t have a destination, and focuses more on the journey rather than the usual aim of a flight to get one from Point A to Point B. The passenger boards the plane and disembarks at the same location.

Taking a flight to nowhere may sound ridiculous to some but some airlines, especially in Asia and Australia, have taken this opportunity to offer the aviation experience that many travel-hungry individuals miss.

This travel experience does not require you to have a passport or a visa (but strict health and safety protocols are implemented). No need to pack a suitcase, too. Some of these flights are even shorter than the amount of time you spend traversing the whole stretch of the eighth circle of hell that you call EDSA.

However, environmental groups have criticized these flights to nowhere for their CO2 emissions. Singapore Airlines recently cancelled its proposed flight to nowhere after criticism emerged. Following the backlash, the airline launched new experiences like offering in-flight meals at home or on board a grounded aircraft that serves as a restaurant.

Will you be game to get on a flight to nowhere? Below are some airlines that offer flight-to-nowhere experiences in the time of the pandemic.

All aboard the Hello Kitty-themed jet

Taiwan-based EVA Air was the first to offer a flight to nowhere in time for Father’s Day in Taiwan (Aug. 8) with one of its über-popular Hello Kitty Dream jets.

The three-hour flight, with more than 300 passengers onboard, took off from the Taoyuan International Airport and flew over Taiwan’s airspace and a number of local attractions like Guishan Island and the scenic Huadong coastline. It also flew over Japan’s Ryuku Island before touching down in the same airport, of course.

Meals on board were by Motzozaku Nakamura, the head chef and owner of Michelin-starred restaurant, Nakamura.

Finding love in the sky

After its successful Hello Kitty-themed flight to nowhere, EVA Air, together with organizer Mobius International launched its "Fly! Love is in the Air" speed dating program that targets those who are single and ready to mingle who would like to take a chance at love 30,000 feet in the air.

The event dates are set for Christmas Day, New Year’s Eve and New Year’s Day. Most of the slots are already full.

Each flight may accommodate between 32 and 40 passengers (the numbers will be divided between the opposite sex). Participants will be seated by pairs via a lucky draw but everyone will be allowed to mingle with other passengers during the three-hour flight.

Each flight will take off from Taoyuan International Airport and will fly above the mountain ranges of Hualien City and Taitung City.

According to Mobius’ website, participants should be “single with a college degree or above, and a registered permanent resident in Taiwan.” Men should also be between 28 and 38 years old, while interested women should be between 24 and 35 years old.

Those who would like to get a chance to find love in the sky should be prepared to fork out fork out NT$8,388 (around P14,000). The fee includes onboard meals, holiday desserts, travel insurance, plus another two-hour romantic date on land. 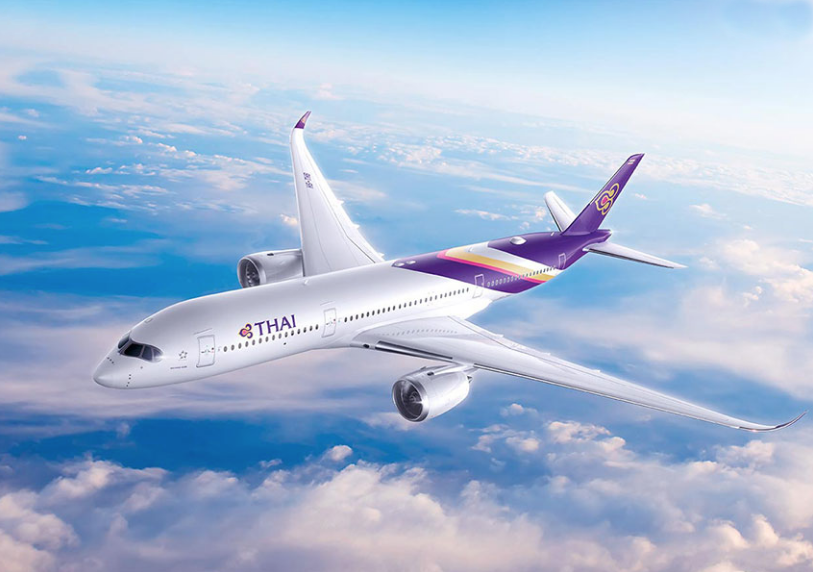 This special flight by Thailand’s flag carrier, Thai Airways, is meant to take passengers on a “Buddhist pilgrimage” above 99 sacred sites in Thailand’s capital and 31 provinces, including Ayutthaya, Phitsanulok, Sukhothai, Chaiyaphum, Chon Buri and Surat Thani.

The three-hour flight, called “Magical Flying Experience,”  will take off from the Bangkok Suvarnabhumi Airport and  is part of a program that aims to help Thailand’s tourism sector, one of the country’s great economic driver.

Thai Airways commercial operations EVP Wiwat Piyawiroj told the Bangkok Post that during the flight, passengers will receive “positive energy from chanting while on board.”

Scenic flights over the Land Down Under

When Qantas first rolled out its “Great Southern Land” scenic flights to nowhere recently, all of its 150 seats were sold out in just 10 minutes!

The maiden sightseeing flight took place on a Boeing 787 Dreamliner, which took off from Sydney on Oct. 10. Its flight path took passengers above Queensland and the Gold Coast, New South Wales and the country’s remote outback.

The seven-hour scenic flight flew over iconic destinations like the Great Barrier Reef, landmarks like the Sydney Harbour Bridge and the Sydney Opera House, and even a low flyover Uluru and Bondi Beach.

Swapping seats are not allowed according to airline rules and inflight entertainment is not available during the flight. Pre-flight and in-flight meals are included, and a surprise celebrity host will accompany the passengers.

Government travel requirements may be needed for the flight, which include mandatory health declarations, use of face masks and entry permits.

A close encounter with the white continent

From the "Great Southern Land" flights to nowhere, Australia’s flagship carrier, Qantas, upped its game with its 12-hour scenic flights from Australia to Antarctica and back on a privately chartered Boeing 787 Dreamliner. It is in partnership with tour company Antarctica Flights.

These flights will start from November 2020 until April 2021, with flights departing from Sydney, Melbourne, Brisbane, Adelaide, and Perth.

The Dreamliner has bigger windows than regular commercial planes, which makes it a great aircraft for viewing of the Antarctic’s frozen realm, glaciers, and jagged mountains ranges.

According to Antarctic Flights, seats will be blocked to maintain social distancing onboard and passengers will be provided a personal pack with a disposable face mask, sanitizer and disinfectant wipes. Everyone on the flight will also be required to complete a health and safety declaration form.

How to make space for effortless living

Rabiya Mateo gets emotional over finally buying a house for her family in Iloilo: 'Sobrang sarap sa feeling'