Can’t get enough of WandaVision? Neither can Belgian mom Jolanda Stokkermans, who takes plating and food styling to a whole new level of cuteness.

Going by the name of De Meal Prepper on Instagram, she puts great attention to detail on her food art and uses spices as pigments to color her food design.

She told Jam Press, as reported in The Sun, “While searching for pictures to use as examples for my recipes, I decided to cook the dishes myself, put them on a nice plate and make my own pictures. I didn’t want to just make a boring picture of some food on a plate so I tried to be a bit creative and made some figures out of the meals.”

They were so good that her kids encouraged her to post them after she did an edible Chewbacca. What followed were fod art commissions for magazines, edible portraits and illustrations for a cookbook.

“Most of the time I just get an idea of a person or animal that I want to make and look in the fridge to see what ingredients we have. Everything on the plate is edible.”

Here are 20 plates that we don’t know whether to just stare at or actually eat if they were in front of us. 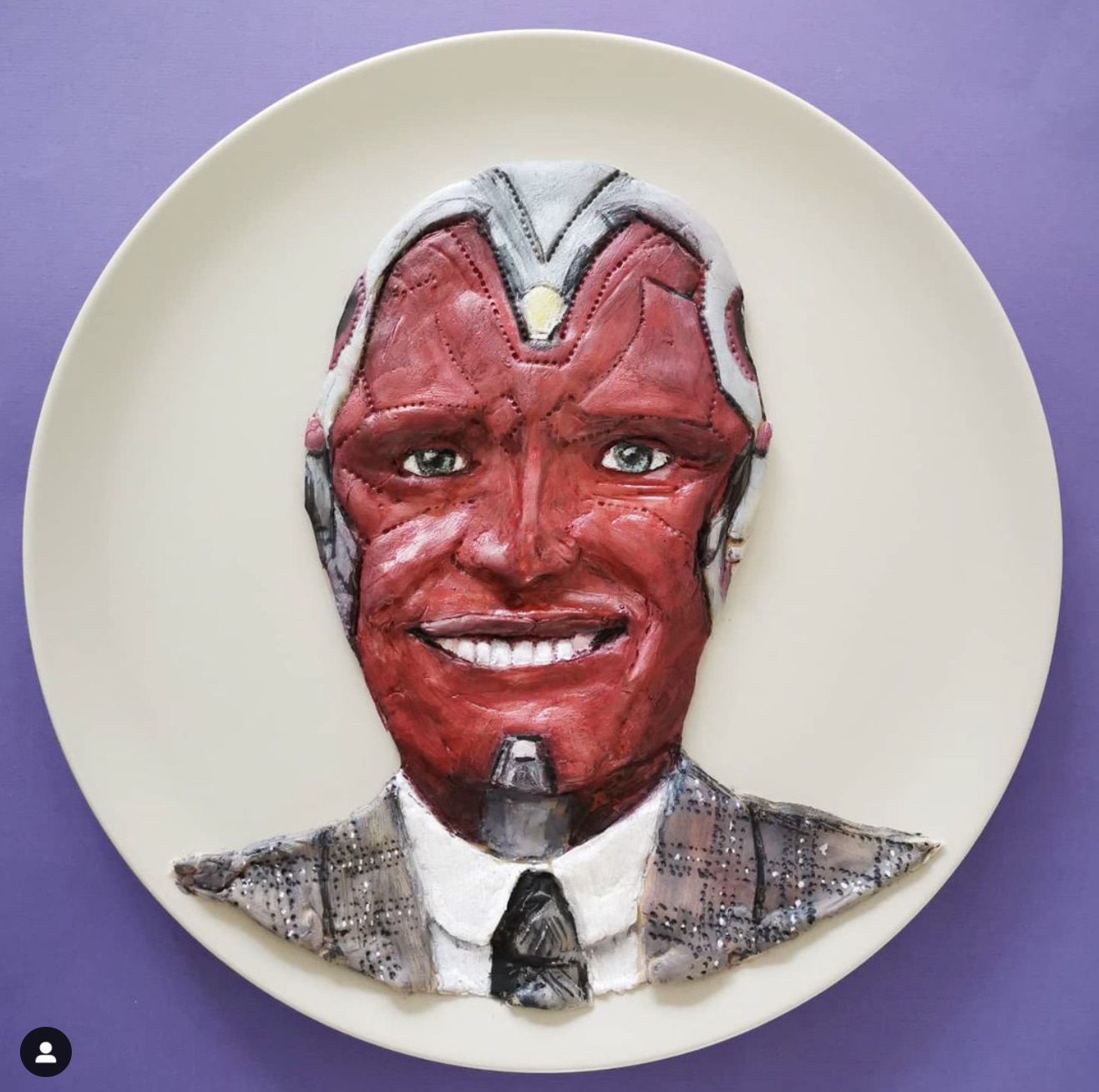 Vision, an android created by Ultron in The Avengers: Age of Ultron, and brought back to life in the series WandaVision after his death in Avengers: Endgame. 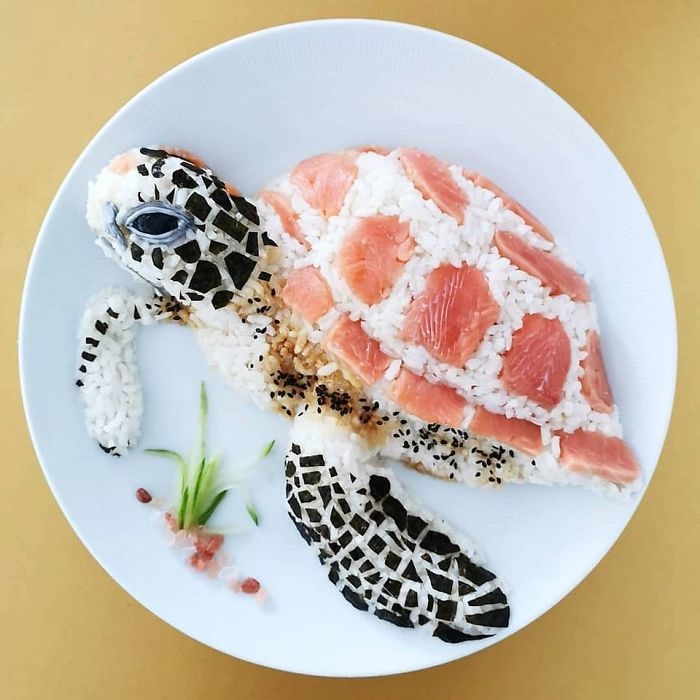 My fave of Jolanda’s food art—a turtle with raw fish and rice for its shell and seaweed for its markings, and black sesame seed. 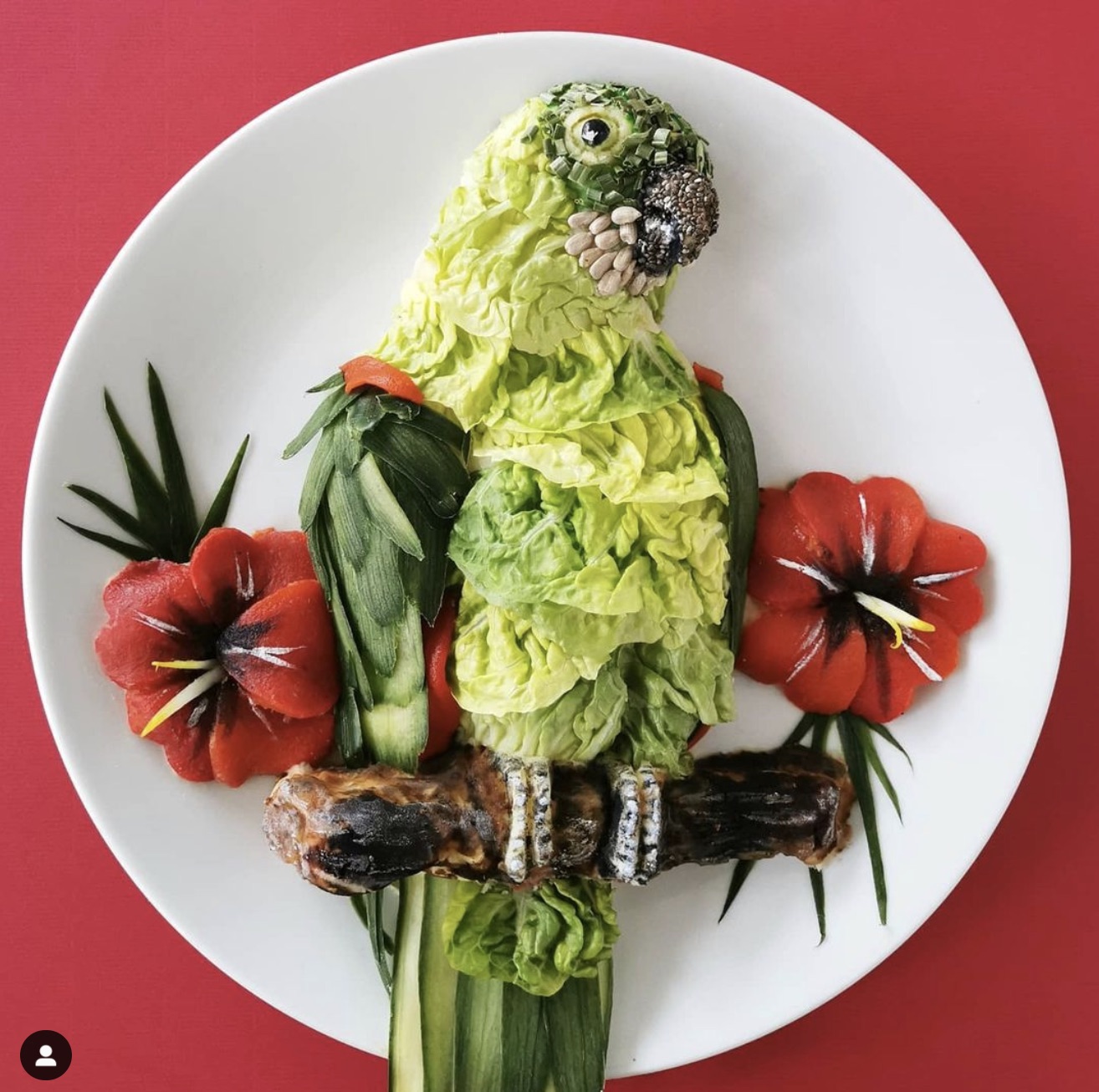 If every salad looked this good…well, would you eat it or just take endless pictures of this parrot made of lettuce, cucumber, seeds and mashed potatoes on the side? 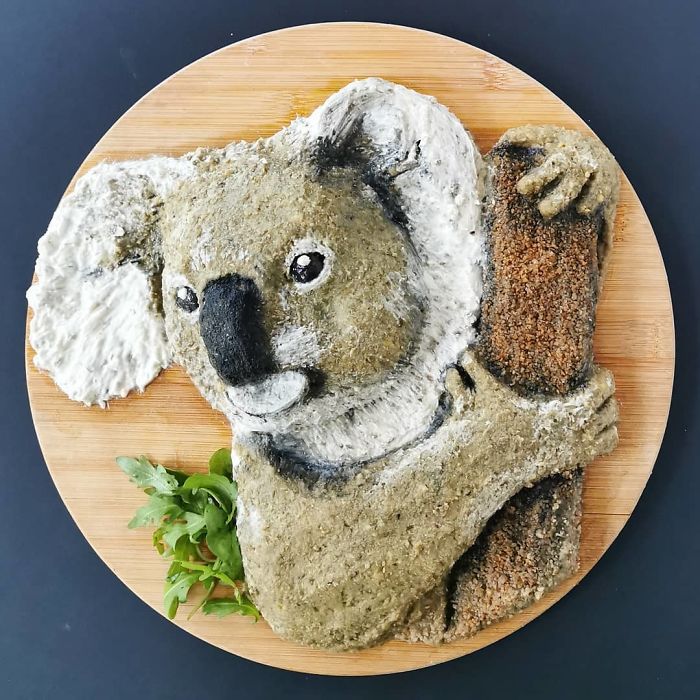 Koala made from mung bean puree with couscous and Greek yogurt dressing. 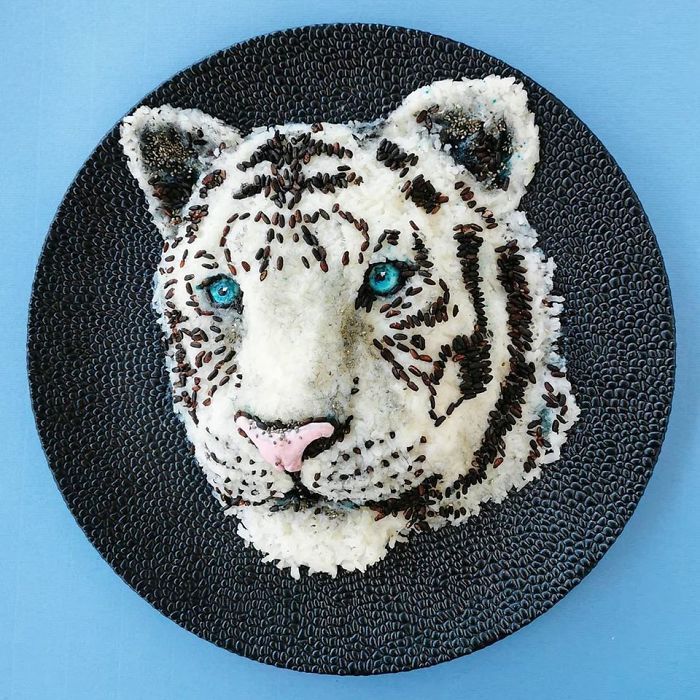 Can a tiger change its stripes? Yes, if you use black rice and jasmine rice. 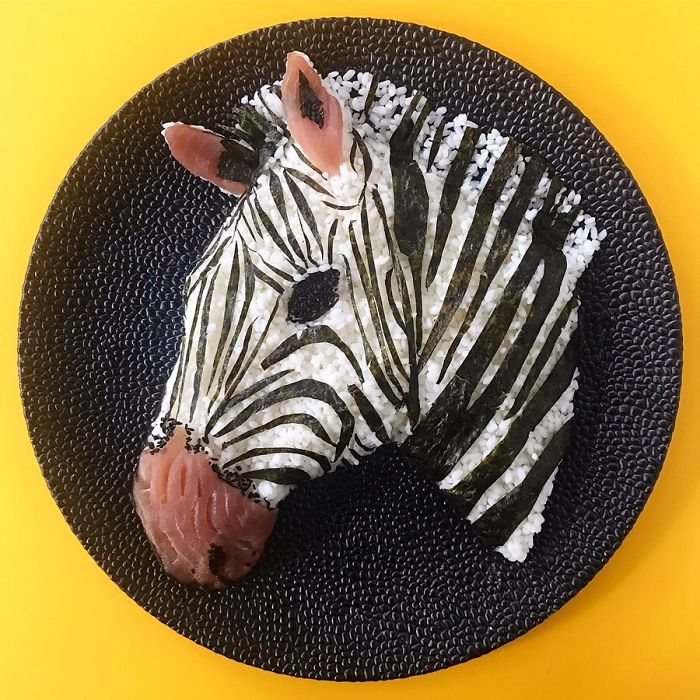 Poke plate of zebra made from sushi rice with fresh tuna and nori. 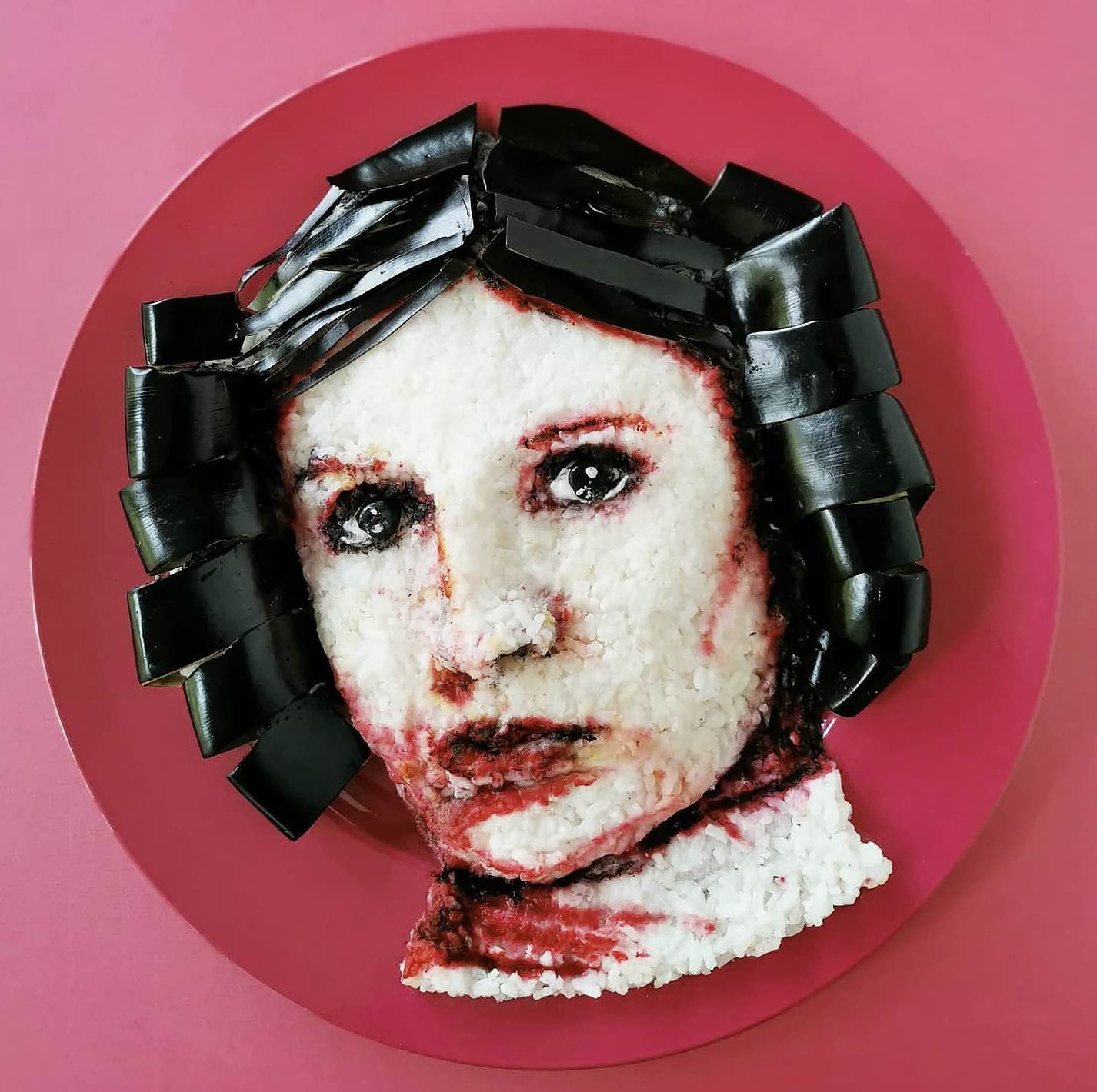 Princess Leia with eggplant hair and red curry coloring. (She does look a little bloodthirsty here!) 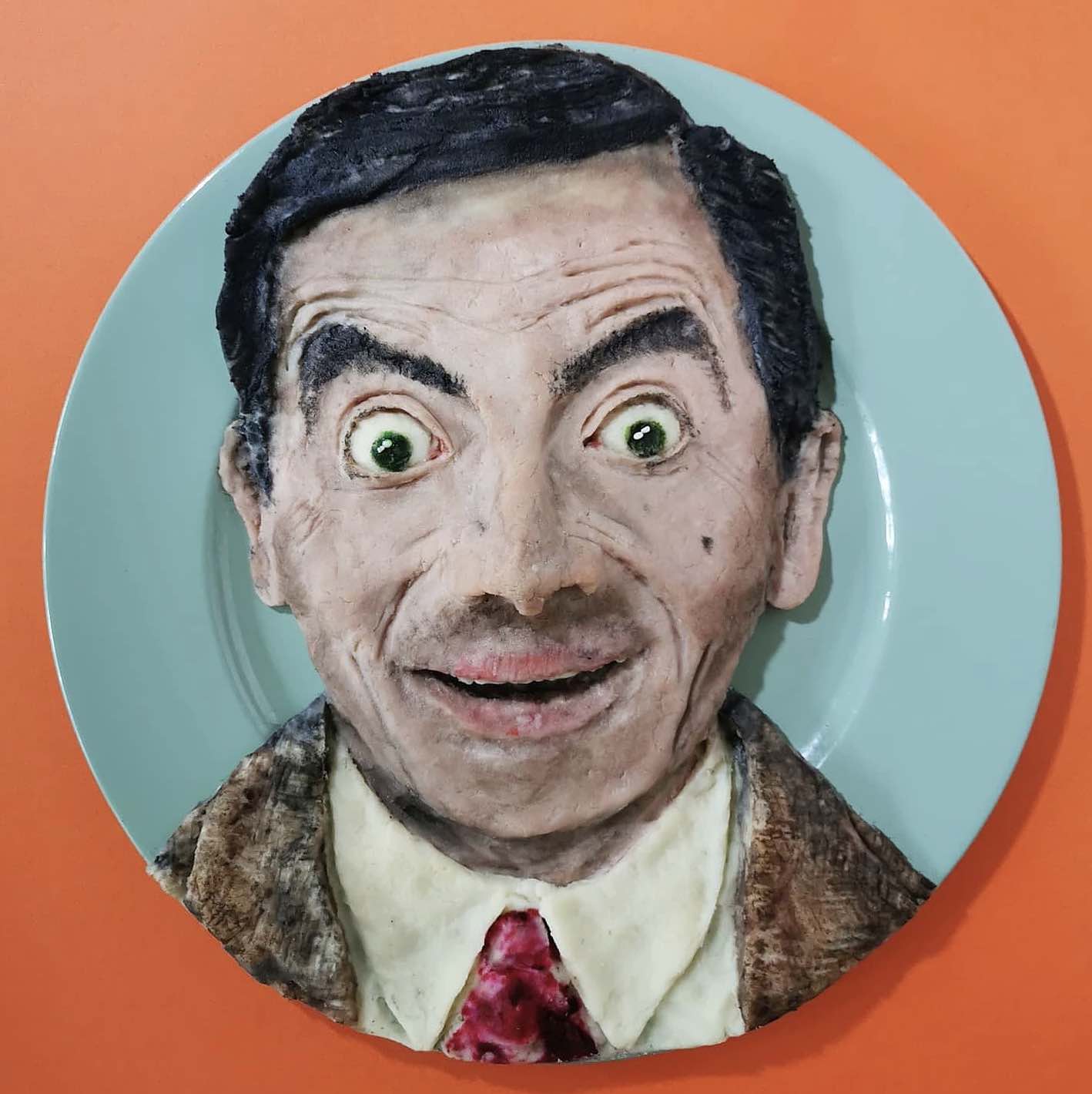 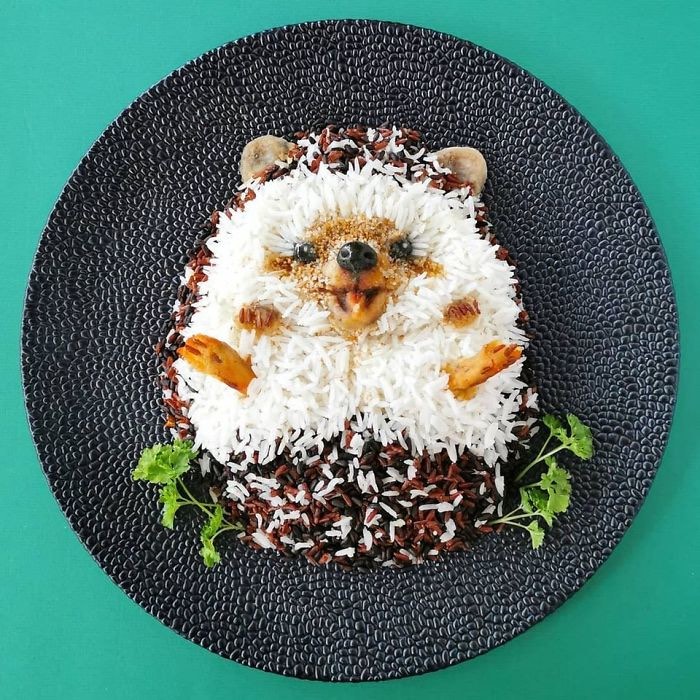 We’re sure this is the only edible prickly porcupine around—a rice dish with black truffles, kurkuma and fresh parsley. 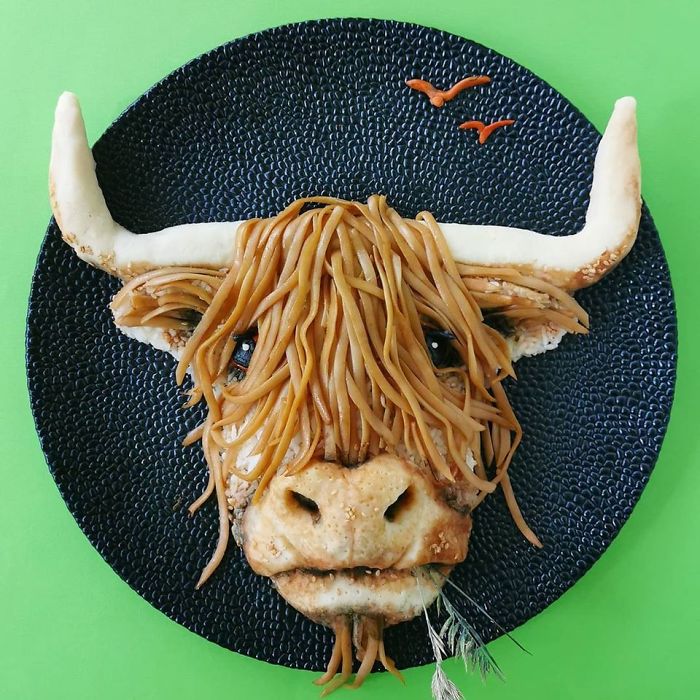 Bad hair day? Kind of, for this rice, noodle and cauliflower puree cow that Jolanda made to mark World Environment Day. 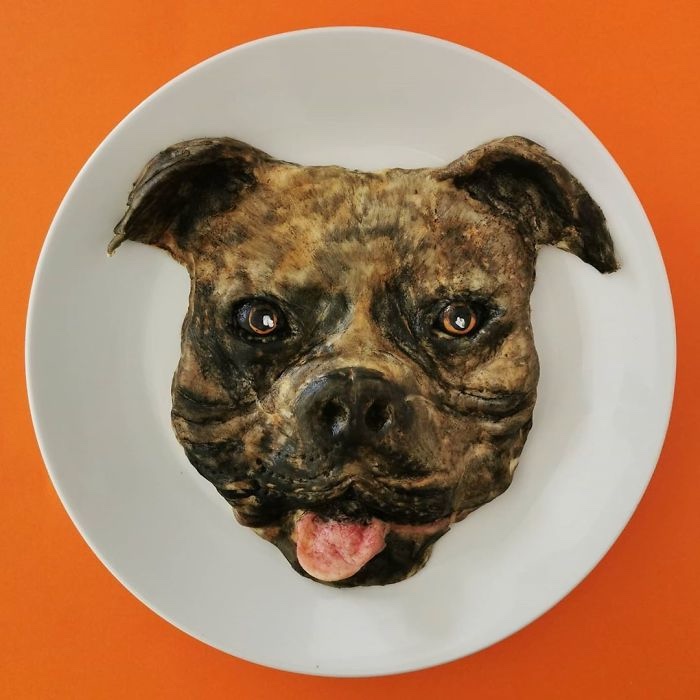 This bulldog looks so realistic! A chocolate crust for a creamy rice pie. 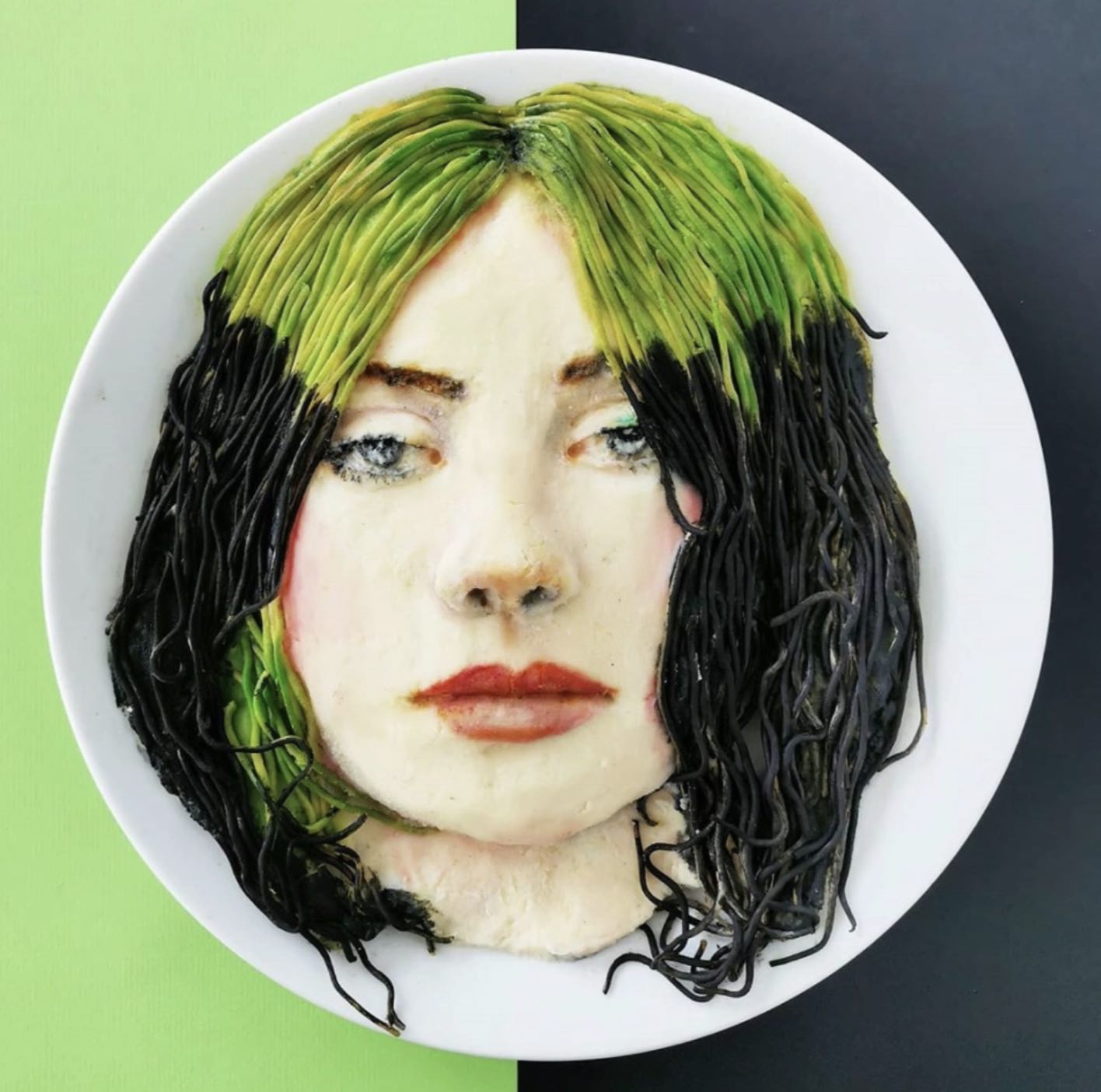 Billie Ellish made out of cauliflower puree and spaghetti, served with rucola pesto and parmesan cheese on the side. 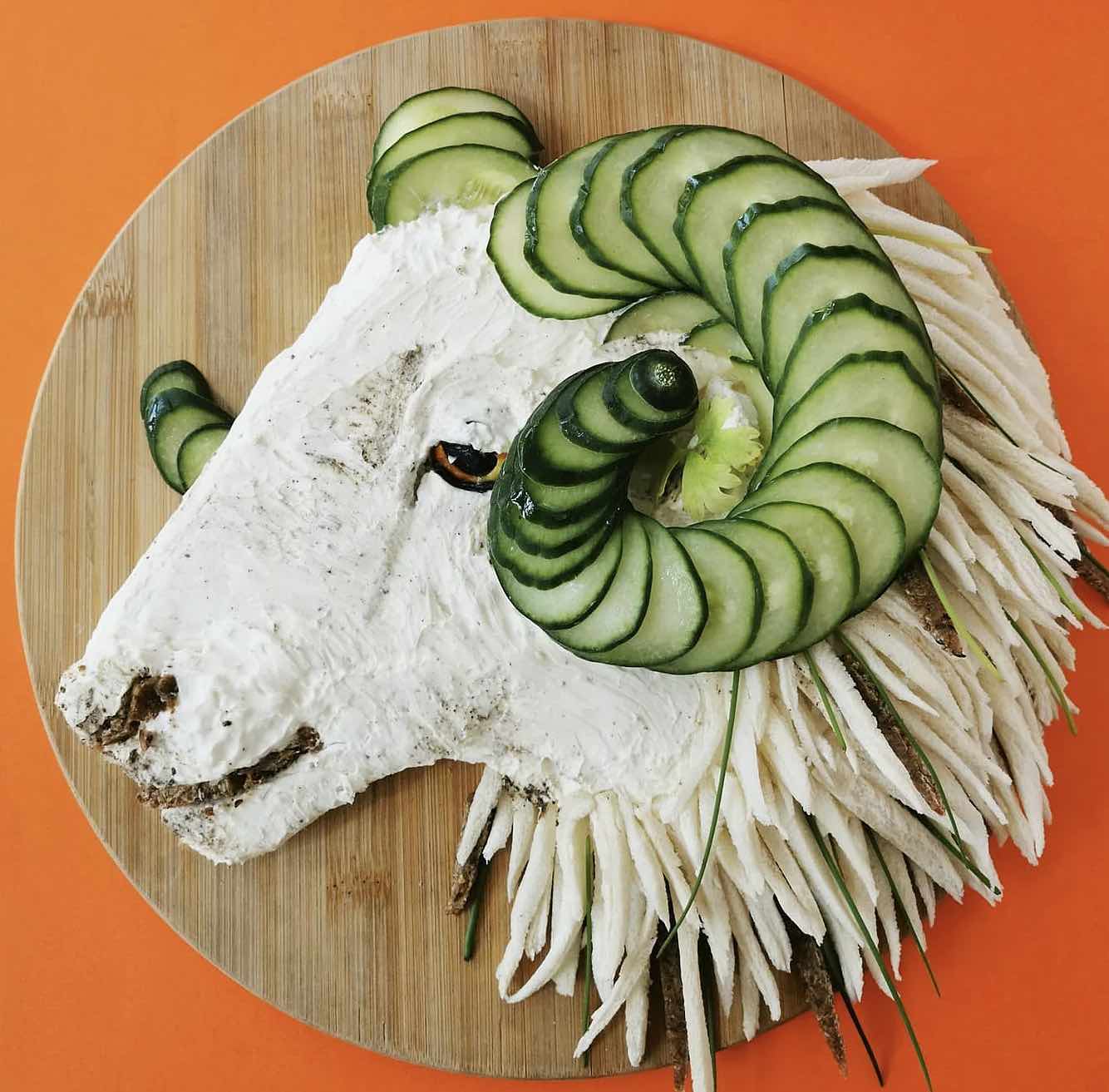 Ram if you do, ram if you don’t! Cucumber sandwich with cream cheese, chives and parsley. 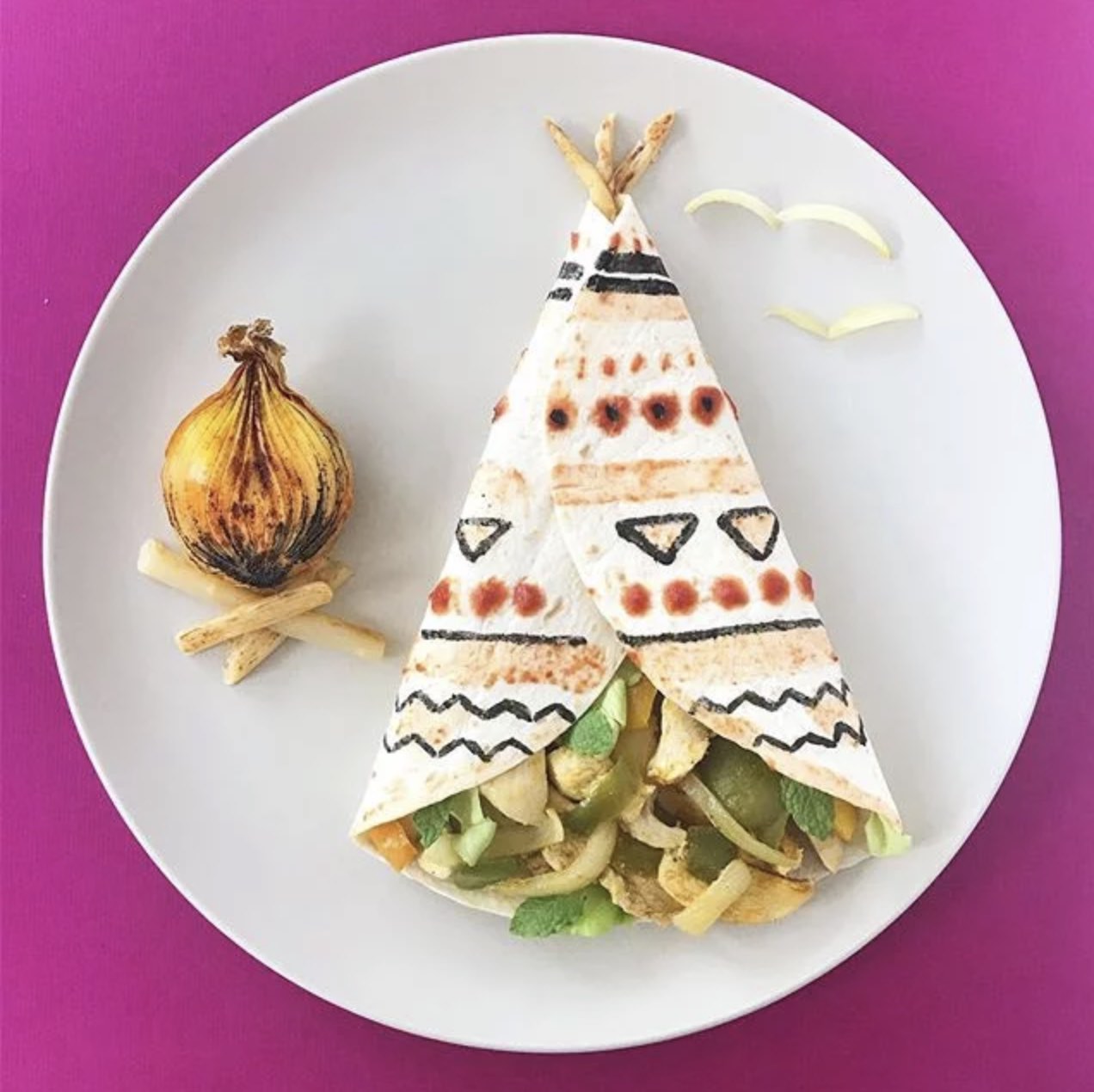 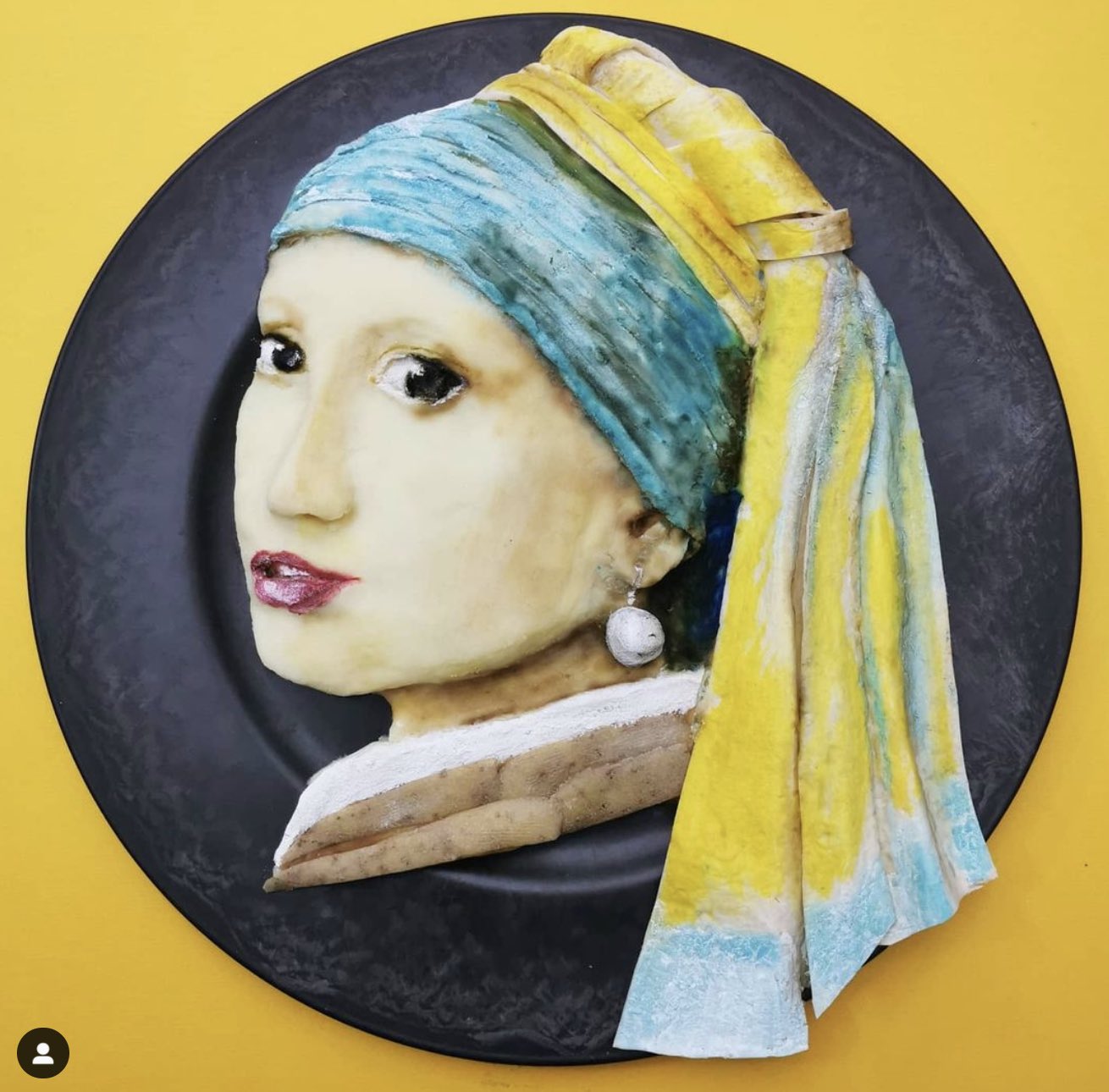 Would Dutch artist Johannes Vermeer approve of this rendition of “The Girl with a Pearl Earring”? 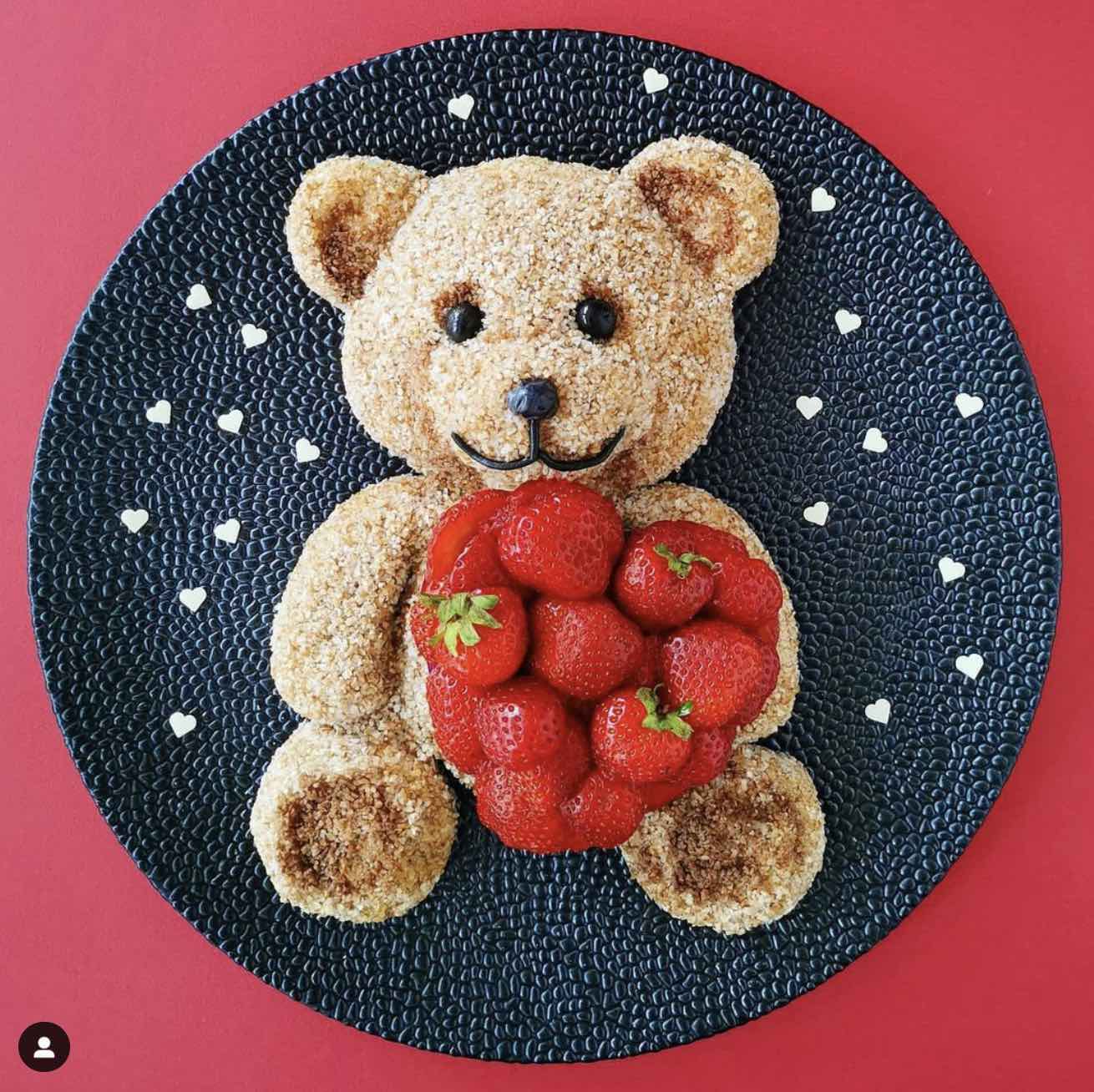 Bulgur dish (cereal made from cracked wheat) with strawberries for your sweet bear. 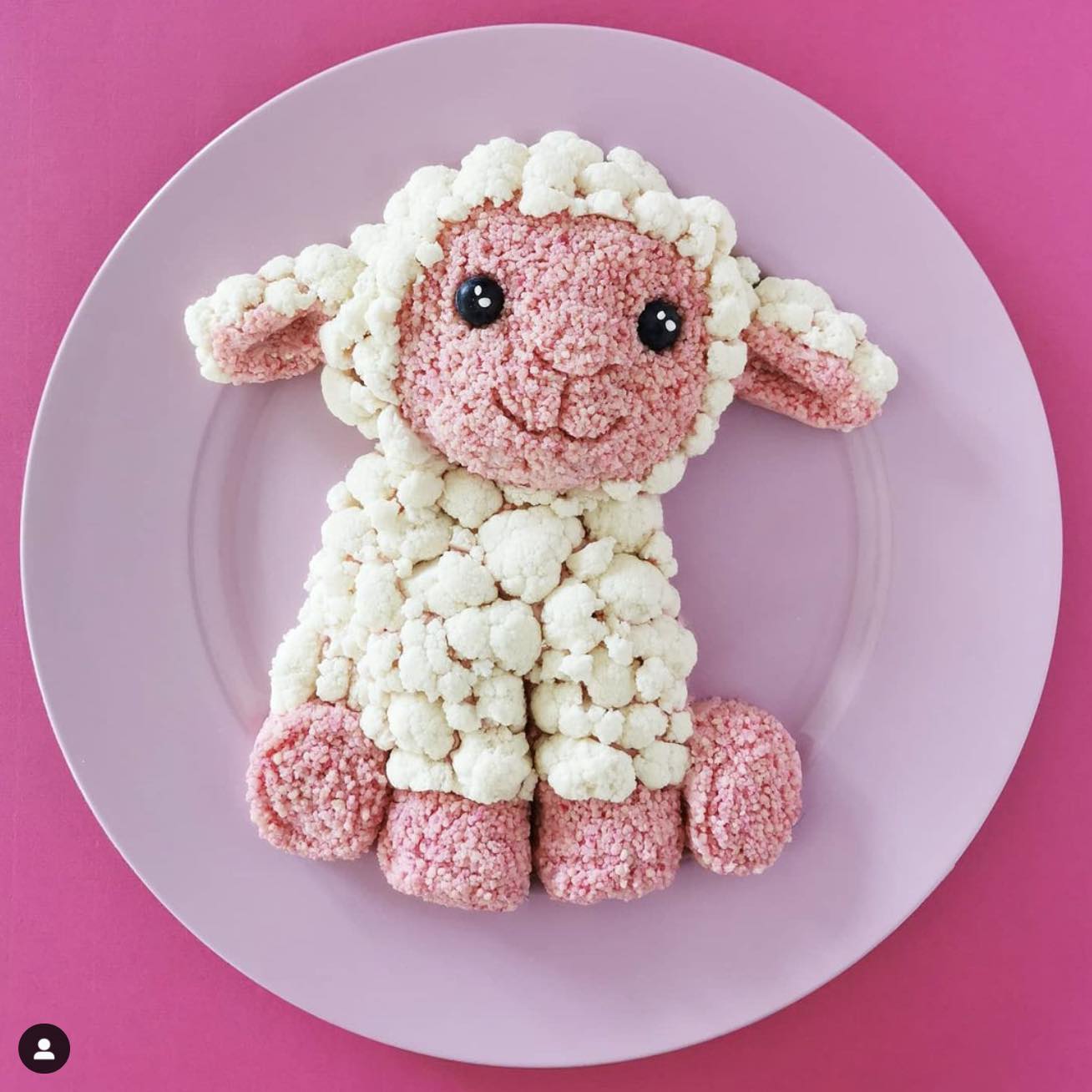 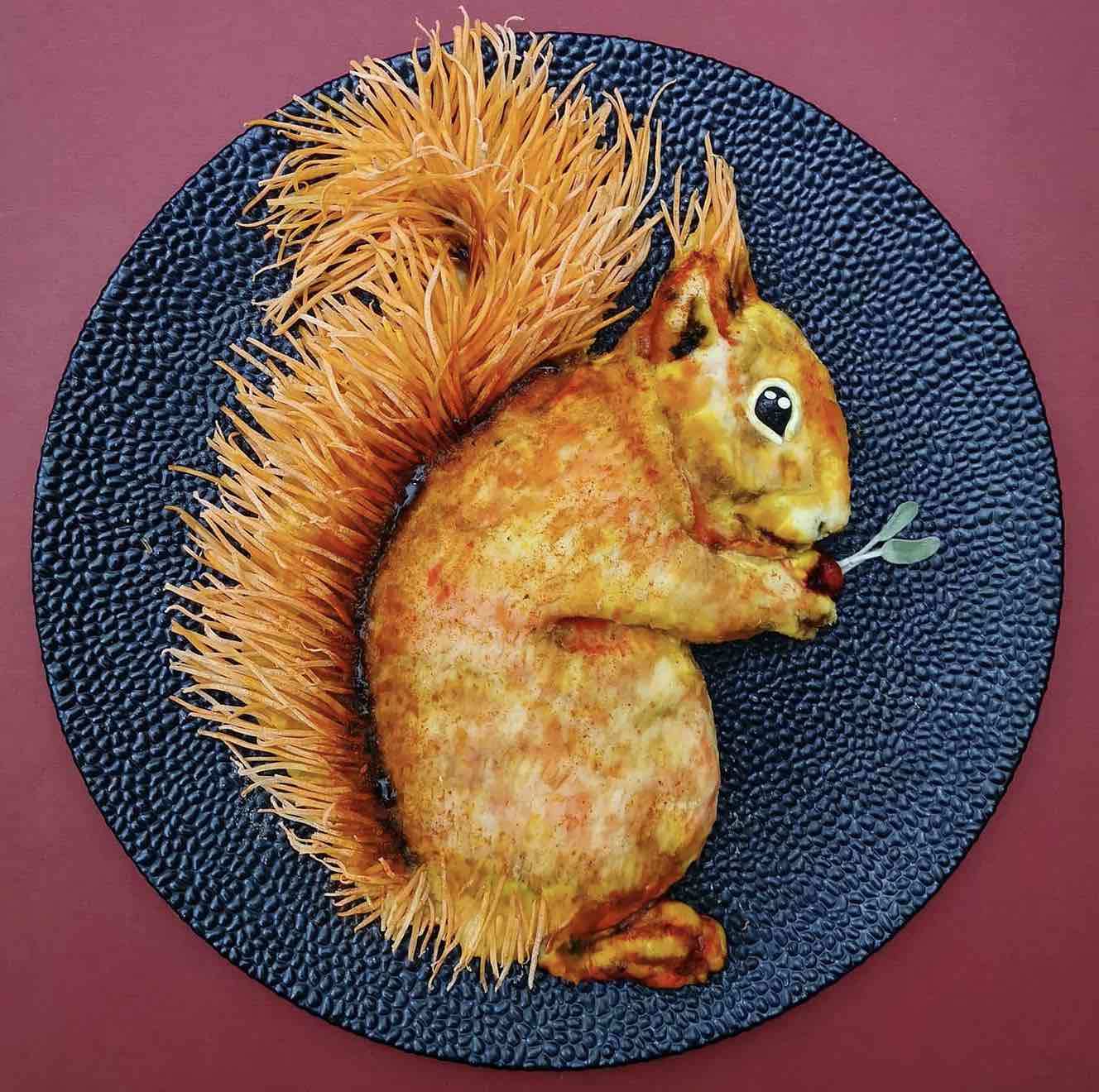 Squirrel made out of carrot stew, potatoes and green apple. 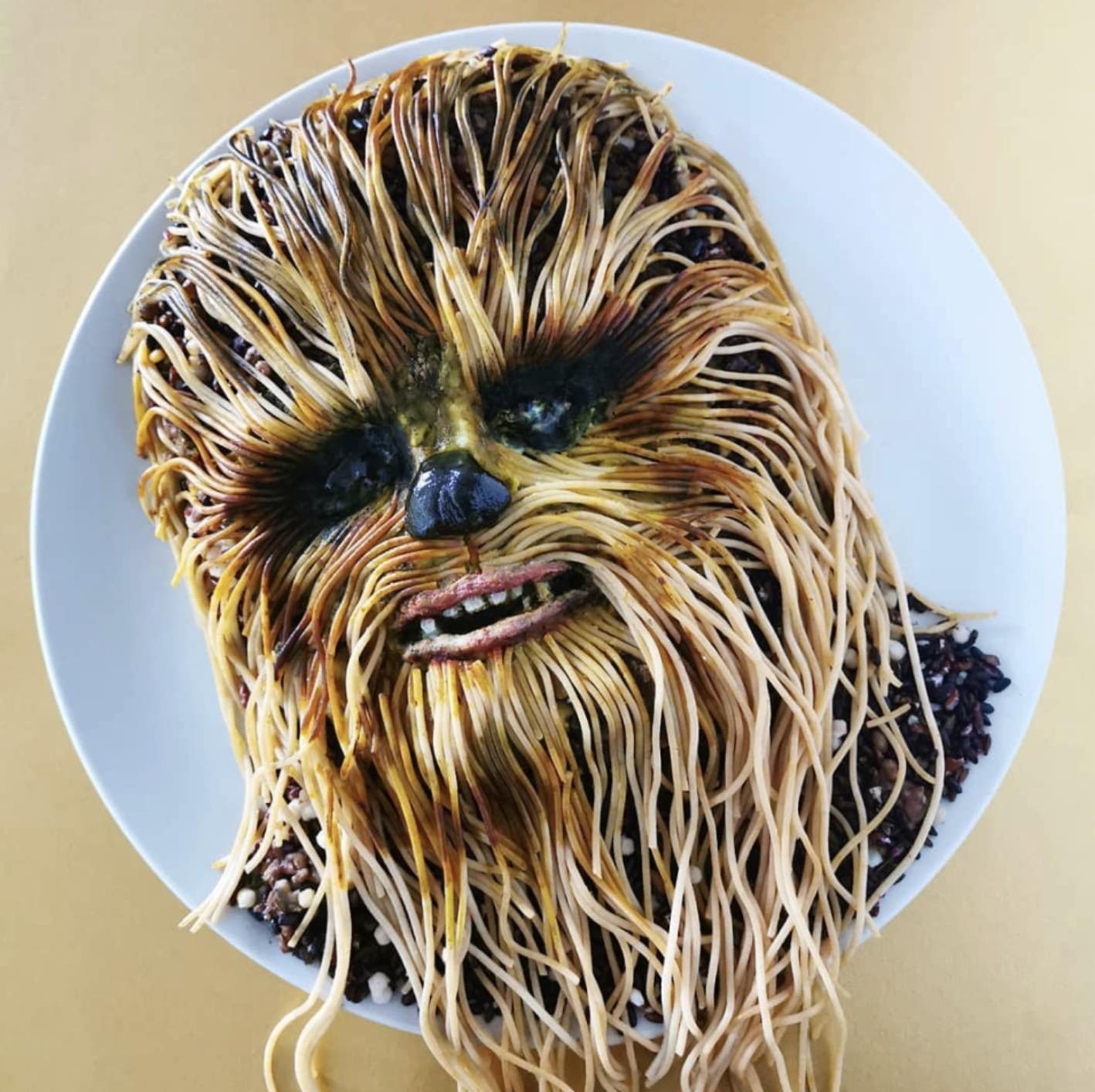 How did this pandemic change my style of cooking?

What’s cooking? Something to cheer us up these pandemic days