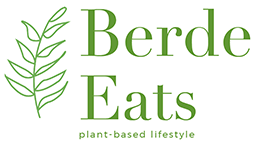 Going vegan can be challenging, especially for meat-loving Filipinos, as the food choices and how they’re made are still kind of alien to most of them. Meat-free chicharon? It poses a lot of questions taste-wise. Another reason is that vegan products aren’t widely available yet in the market.

According to Marison, she and her daughter had the same problem when they were just starting a vegan lifestyle.

“Putting up Berde Eats made our transition faster and easier,” she adds.

The vegan online shop started with only four products when it opened in 2017. Four years later, its product line grew to 270 vegan items.

The meat-free BBQ tops the menu. “It’s one of our bestsellers, especially during Berde Eats’ pop-ups,” enthused Megan.

Bring merrier vibes inside your home with these home decors