From Nausicaä to Chihiro, get to know some of Hayao Miyazaki’s best female characters and the life lessons we can learn from them.

I grew up watching Disney films. In the ‘80s and ‘90s they were mostly about princesses waiting for their prince charming to save and whisk them to a castle far, far away.

I enjoyed watching those films but didn’t feel any particular connection to the female leads, mainly because they were white, beautiful, and gifted with a singing voice that could easily land them on Broadway. They didn’t look or sound like me.

It was only by watching anime in the mid-‘90s, especially Studio Ghibli films a little later in my life, that I was introduced to female representations in animation that break stereotypes and in whom I could see my awkward, insecure, vulnerable self. Seeing these characters grow and triumph in the face of seemingly insurmountable adversities is comforting and empowering.

Instead of sexualizing or relegating them to mere objects of male affections, Miyazaki gives his heroines their own agencies and allows them to defy gender norms, making for excellent role models for young girls.

Studio Ghibli’s films are beloved for their gorgeous animation, groundbreaking storytelling, and stirring soundtracks. But the studio’s repertoire is likewise a treasure chest of unconventional female characters.

If Disney has been coughing up female protagonists (particularly the earlier ones) that are mostly one dimensional, docile damsels in distress, Studio Ghibli has long been giving us complex, courageous, and independent characters with whom female viewers of all ages can easily relate and from whom they can take inspiration.

When asked about his views on women, Hayao Miyazaki, Studio Ghibli’s co-founder and the genius behind its most acclaimed works, famously said, “Many of my movies have strong female leads—brave, self-sufficient girls that don’t think twice about what they believe with all their heart. They’ll need a friend, or a supporter, but never a savior. Any woman is just as capable of being a hero as any man.”

Here are some of Studio Ghibli’s best female characters and some of the life lessons we can learn from them:

Nausicaä and Kushana, Nausicaä of the Valley of the Wind (1984)

One of Miyazaki’s earliest works, Nausicaä of the Valley of the Wind (which predated Studio Ghibli’s founding in 1985 and was only later on inducted into its roster) is set in a post-apocalyptic world where a sprawling forest filled with huge insects sprung from the earth that is toxic to humans.

This miasmic space forced humans to set up communities in pockets of land far away from the plants—one of these is Nausicaä’s town, the Valley of the Wind, and another, the city of Tolmekia.

The two central female characters of Nausicaä are perfect examples of Miyazaki’s genius in creating characters that are relatable because they don’t easily ease into the purely good and purely evil pigeonholes. 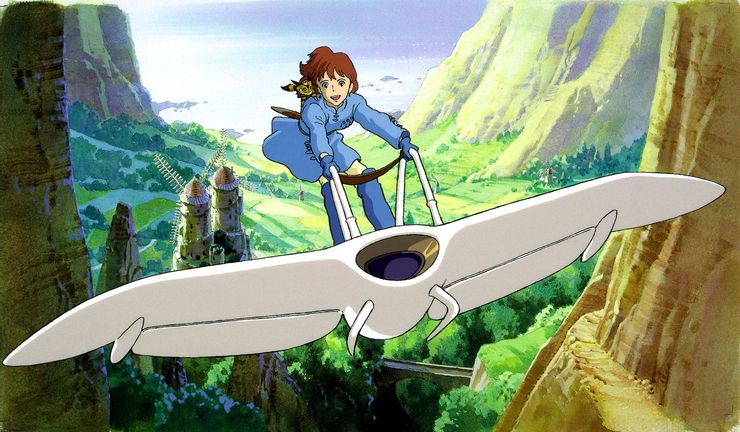 Nausicäa is a princess, but she is not your typical royalty. She is an adventurer and a scientist who devotes her time to studying the toxic plants and insects unlike her near-foil, Princess Kushana of Tolmekia, who is bent on obliterating them.

Kushana is ruthless, but this ruthlessness is rooted from how her body was ravaged by the giant insects in the forests, the incident filling her heart with malice against these creatures. Despite their opposing means, the two princesses have a genuine concern for their subjects and share a common goal—to rid the world of toxicity. Both Nausicaä and Kushana show us how womanhood is complex and layered so it’s perfectly okay to not fit into clear-cut stereotypes. You can be powerful and fierce, but still be kind and gentle.

Kiki’s Delivery Service is a charming coming-of-age tale of a fledgling witch, the eponymous Kiki, who leaves home on her broom to train in a foreign land all by herself, a rite of passage for all 13-year-old trainee witches like her.

She ends up living in a bakery, and to make ends meet she establishes “Kiki’s Delivery Service” using her broom to deliver items.

Kiki encounters the usual problems experienced by people living independently in a new place. She has bouts with feelings of isolation, loneliness, homesickness.

Kiki rises through all this by facing uncertainties with resilience and resourcefulness. She befriends the townsfolk, puts in hard and honest work, and never forgets to take good care of herself. 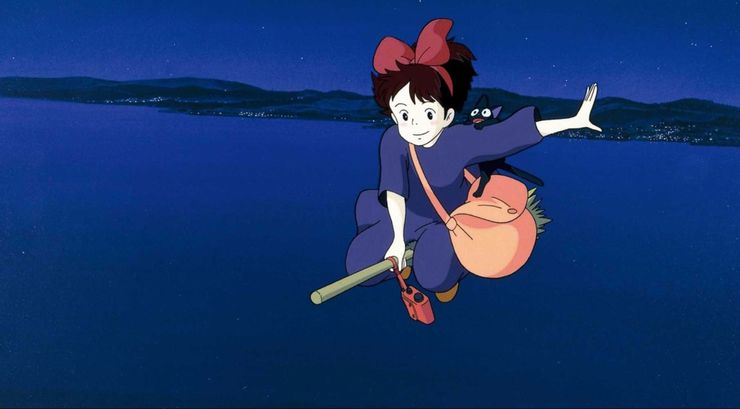 More than conquering the unknown, the film is also a story of self-acceptance. When she loses her ability to fly, Kiki naturally starts harboring self-doubts. Ultimately, the experience teaches Kiki to better understand her limitations and to be true to herself.

She realizes that even if failures are inevitable, grit and determination always save the day. However, Kiki couldn’t have realized all this by herself. She owes much of her blossoming maturity to strong female role models that help her get through this tricky transition to adulthood- the kind and business-savvy Osono and the independent and spirited artist Ursula.

Set in an alternate version of Muromachi-era Japan, the eponymous Mononoke, whose real name is San, is a warrior-princess raised by wolves. The first time we see her with a dagger-shaped war paint across her face, sucking a bullet out of a wolf's leg, we know immediately that her story is not a fairy tale, and she is not your generic princess.

San is probably the most badass character in the Ghibli universe. Without thinking twice, she puts her life on the line for her wolf family and the forest she considers home. What makes San more interesting is that despite her wildness, she is courageous while showing compassion, cold yet capable of affection, short-tempered but fiercely protective of her loved ones.

She is not the only noteworthy female character in the film, though. Lady Eboshi, the ruler of Irontown, is a likewise rounded and compelling character. 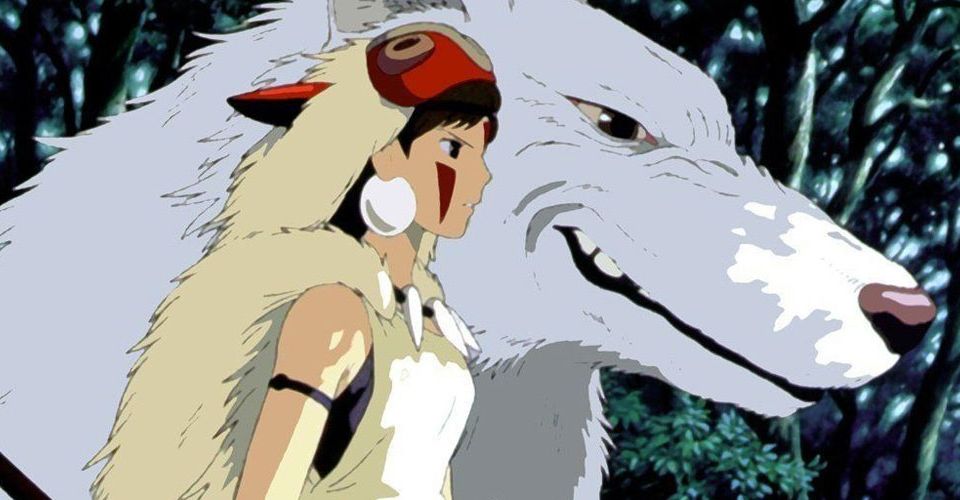 Despite ravaging nature and antagonizing its inhabitants, she is kind to social outcasts like lepers and prostitutes, giving them opportunities for employment. Eboshi, much like San, straddles the thin line separating good from evil.

In a 1997 interview, Miyazaki explained why he liked the character of Lady Eboshi, “She’s the epitome of a 20th-century person. They clearly distinguish between their aims and will use any means to reach their goals, while at the same time holding on to something pure.”

Of the film, Miyazaki admitted in another interview, this time during the 1998 Berlin Film Festival, that making Princess Mononoke was difficult because he wanted to show both the good and bad side of things.

“The film was not made to judge good and evil. Both good and evil are inside human beings. That is how the world is, I believe,” he said.

Ultimately, Princess Mononoke is a film that shines the spotlight on two remarkable female characters and assures us that, for better or worse, women can do anything that our male counterparts can, even better.

Miyazaki’s crown jewel has one of animation’s most memorable young heroines. Spirited Away follows Chihiro through what is quite literally a magical journey that sees her growing up much faster than she would under normal circumstances.

On the way to their new home, an unexpected detour spirits Chihiro and her parents away to an “other world.” Her parents turn into pigs, leaving Chihiro all by herself to navigate the fantastical and fearsome world she unwittingly found herself in. 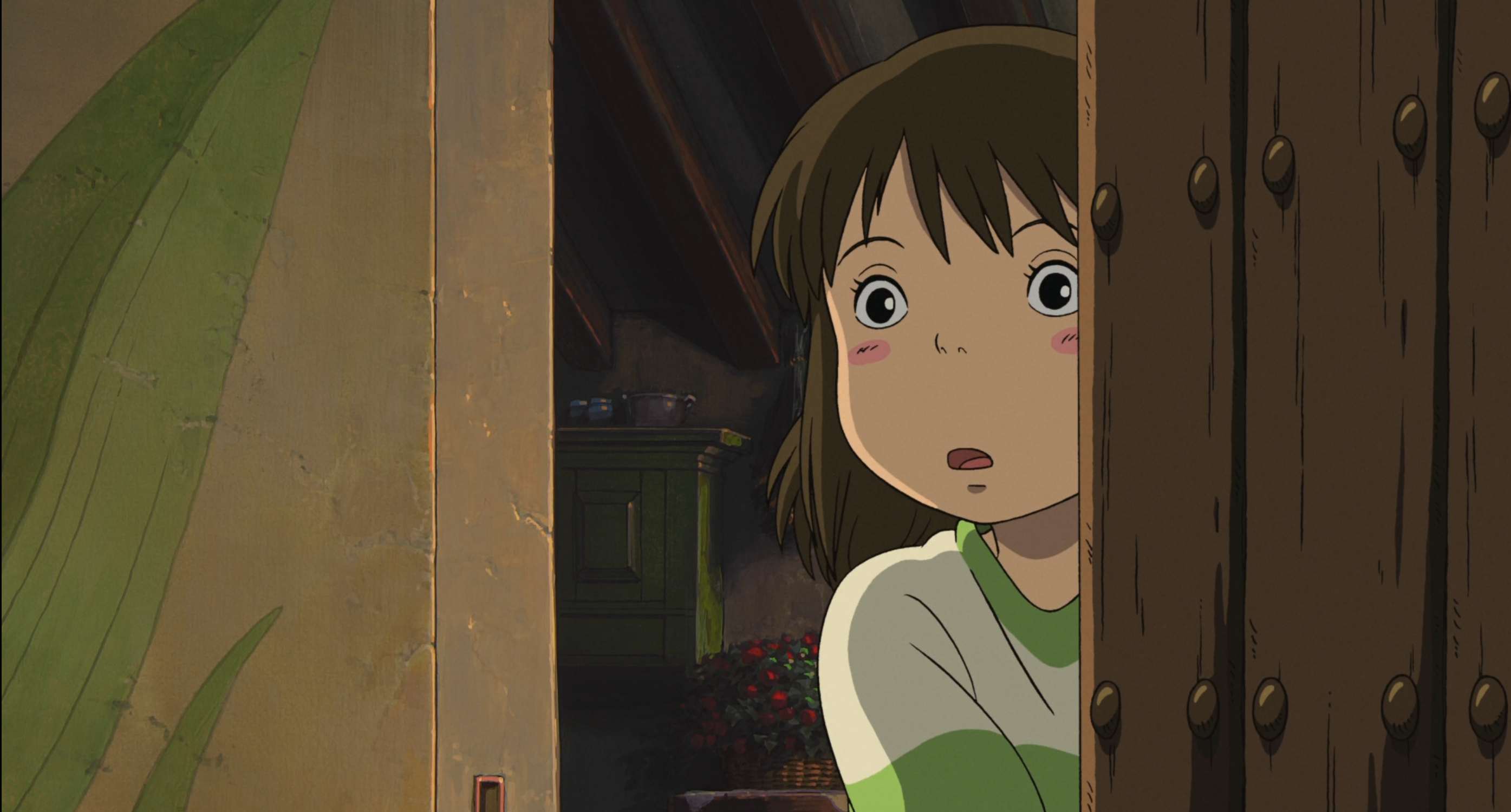 Sure, Chihiro cries and gets scared, but she doesn’t fall apart. She picks herself up after a good cry and continues facing adversities head on.

Haku, her newfound friend, helps her, but it is mostly Chihiro’s spunk and spirit that save her. If at the beginning of the film Chihiro is a pouty, whiny girl, the time she spends in the realm of the spirits sees her tap into previously unknown reserves of courage while learning the value of friendship and self-sacrifice.

Against all odds, she not only manages to survive but make it back to the real world. Before the film ends, she overcomes a cunning witch, works at the strangest bathhouse, made friends with spirits, rides a dragon, and quite possibly, falls in love for the first time.

In a 1999 proposal for Spirited Away, Miyazaki said, “This is supposed to be the story of a young girl who is thrown into another world, where good and bad people are all mixed up and coexisting.” He further explained that Chihiro pulls through, “not because she has destroyed evil, but because she has acquired the ability to survive."

If Disney’s early female protagonists were mostly one dimensional, Studio Ghibli has long been giving us complex, courageous, and independent female characters.

Long before Walt Disney gave us Mulan or Merida or Elsa, Miyazaki and Studio Ghibli have been gifting us with female representations who, despite their limitations, are able to rise above life’s challenges not because a prince charming sweeps them off their feet and saves them, but through their own strength and perseverance.

Some of them are more good than evil, some the other way around, just like how it is in real life, making them more relatable to audiences.

Instead of sexualizing or relegating them to mere objects of male affections, Miyazaki gives characters like Nausicaä, Sen, Kiki, and Chihiro their own agencies and allows them to defy gender norms, making them excellent role models for young girls.

Hamilo Coast: Nurturing nature for 15 years and beyond