It takes me approximately five to seven minutes to brew a cup of coffee.

I always say that it is a meditative activity, given the right circumstances. A mental exercise that keeps me focused and grounded. And yet, in those five to seven minutes, my thoughts still sometimes wander. Let me count the ways.

One: The fact that this idle town I tried so hard to leave is now teaching me to chill the eff out.

I left the province after college, convinced that I’d thrive in an environment where people are always rushing and life seems to be at warp speed. I stayed there for almost three years, switching shared apartments and jobs and meeting new people along the way.

At some point, I thought Metro Manila was trying to throw me out.

I got into a motorcycle accident that landed me in the ER and cost me way more than what I made in a month (or even three). The company I flew in for closed down, right before Christmas.

I went back to freelancing and entered an industry I vowed never to (advertising, just so we’re clear!) and, well, I had another stress-induced trip to the ER and then more doctor visits after that – without a health card. I had way too many anxiety attacks and cried in too many public places, most of which are too embarrassing to mention.

So maybe the city was really trying to throw me out. I was just too stubborn to leave. Maybe I romanticized the place too much in my head.

This is not to say that all I’d had was bad luck — I had some pretty great moments there, too. I had the freedom my teenage self fantasized about for years (and my mom relentlessly worried about), I was able to live in my dream neighborhood, I established an agency for purpose-driven businesses and nonprofits, I fell in love.

But looking back, I realized it wasn’t exactly my ideal lifestyle. Sure, I was just a few steps away from the best Mexican and Thai resto/pubs, a few streets below from my favorite cafe, but I was always chasing after something. I couldn’t calm down.

So this is how I found myself here, back in my hometown, making coffee for friends, strangers, and strangers who’ve somehow become my friends.

Two: The idea that it’s okay to do things scared.

The way life has been lately often makes me think that the more I plan for things to happen, the more unlikely it is that they will. And yet, I still keep a planner, I still assign deadlines to things I want to achieve, and I still get pissed whenever the Universe shows me, again and again, that it’s just not supposed to work that way — sometimes gently, but most often through more emotionally challenging ways.

I was mostly hesitant about putting up my own coffee shop because of so many things that I lack: capital, confidence, courage — just to name a few.

It was my mom who brought up the idea, partly because she knew it was something I’d always wanted to do and mostly because she didn’t want me to go back to Manila.

I’d been dreaming of this since that day in high school, when my best friend and I were talking about having a small cafe with a library when we were both stable enough in our individual careers. It would be the perfect place, we thought.

When people ask me if I own the cafe, I’m hesitant to say yes. Technically, it’s my name on the paper. But my parents offered to help me set it up in exchange for staying home, so it was practically a bribe — and one I took halfheartedly at first, because I still wanted to go back to Manila, and if I were to start my dream coffee shop, I wanted to build it all on my own. 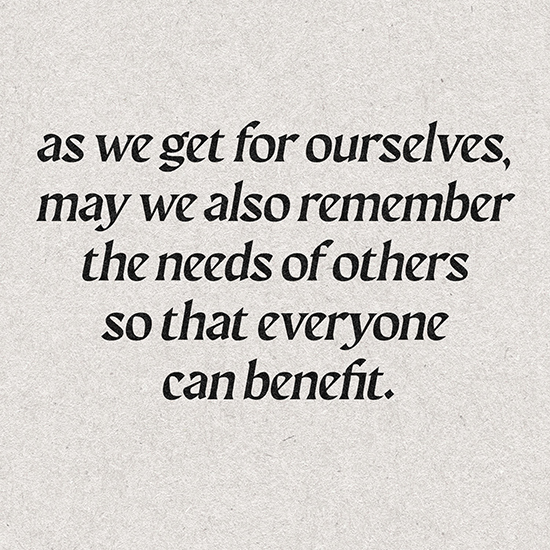 And then I realized I’d be the biggest idiot on earth if I’d insist on going back there, pandemic or no pandemic, and pass up on this.

I hate to sound like a Pinterest quote card or a rich kid with a trust fund (I’m not, despite what my family name suggests), but yes: start when you can and with what you have. It’s okay to get by with a little help from family and friends. Figure out the rest as you go along.

Three: Maybe this is a bad idea.

Before I even got to decide the name of the cafe, I already knew that it had to be something that didn’t just sell coffee. It had to be bigger than that because the way I saw it, businesses have to be socially responsible, too. Not just so we can check CSR off some to-do list or get marketing brownie points, but because we personally believe in our purpose and advocacies. Some of our beliefs have drawn flak, but we’ve anticipated it, and it’s fine.

Like when we shared how the pandemic has been affecting our locals, using the #DutertePalpak hashtag, and we got called out for mixing politics with business. It was the typical argument: that when you do business, you should stay out of political issues because you’ll lose customers.

And yet the following day, we served more customers than usual, and most of them even admitted that they visited because of that particular post. That was enough affirmation for us that we did the right thing, and that we were building a community that cared about the right things.

And more than that, it proved that, while most of my life decisions don’t go according to plan – accidental detours, as I call them – things still work out somehow.

Like when my two-week vacation abroad lasted almost nine months, but I got to spend it with family. When I had to be quarantined for a month in three different facilities, but at least I was able to arrive home safely. When I had to choose between staying and going, and I chose staying, which cost me the freedom I enjoyed in Metro Manila and a relationship that I thought was it. But then I got to fulfill a dream sooner than I expected.

I believe in things coming full circle. That life, somehow, has a way of putting you in places you are meant to be at a particular time, even if you won’t know it at first. And then, sooner or later, everything will make sense somehow — even the hurt. Maybe most especially the hurt.

My detours have taken me back home. And I cannot say for sure that this is where I truly belong, but it’s definitely where I feel most at peace, more like myself, and more inspired to do more of what I love to do. That’s enough for me, detour or not.

Once my coffee is done, I rinse the brewing equipment. I clean up the spills. I take my drink and sit somewhere, look out onto the road and watch Cagbang come alive, slowly, as it usually does.