Style Living Self Celebrity Geeky News and Views
In the Paper BrandedUp Hello! Create with us
@kabosumama on Instagram

Kabosu, the internet-famous dog behind the hilarious "doge" meme, has been battling leukemia and liver disease.

The 17-year-old pet's owner, Atsuko Sato, shared her condition on Instagram over the holidays, saying that Kabosu was taken to the hospital as she hadn't been eating or drinking.

"Had blood tests at the hospital today. The doctor called me this evening and told me I was in a very dangerous condition. I didn't expect it to be that bad, so I'm all white in my head. But Kabo-chan has shown us miracles many times before. There is no end to this," the Japanese kindergarten teacher captioned on her post.

According to the owner, Kabosu was diagnosed with acute cholangiohepatitis and chronic lymphoma leukemia.

"Right now, the liver level is very bad and jaundice appears, but antibiotics will definitely improve," Sato added, saying that the famous "doge" already has an appetite and drinks water as of Dec. 28.

Kabosu went viral in 2013 after a photograph of her from 2010 with a smirking face, side eyes, and crossed paws spread online. Users began referring to the photo as "doge" and thus a meme was born.

Later on, the nickname and pup took on another meaning as it inspired the cryptocurrency Dogecoin, which was supposed to be a joke. It later spiked in value when Elon Musk tweeted about how it was "the people's currency." 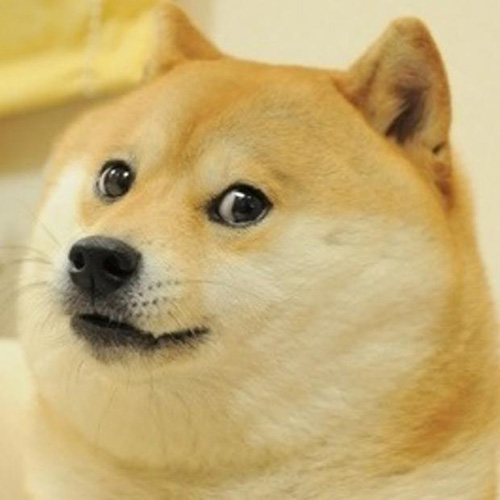 After Sato shared the news, the internet showered their support and prayers for Kabosu.

"It's gonna be [alright], you have the world praying for you, stay strong Kabosu!" one user wrote.

"Not yet man, not yet.. please pull through 😭," added another.

What do 'forda' and 'ferson' mean, and where did the terms even come from?

Catfish? Meet Pushako, the cat who loves staying in an aquarium

TRENDING: Pinoys react to hotsilog being on TasteAtlas’ list of ‘worst dishes in the world’ for February