The Department of Tourism (DOT) in partnership with the Slow Food Negros Community, Negros Museum, and Provincial Government of Negros Occidental, launched this week the 82-page cookbook Negrense Heritage Cooking.

The launch was held at the historic Casa Gamboa in Silay City, and said that the project greatly contributes to the DOT’s continued promotion of culinary tourism despite the ongoing pandemic. 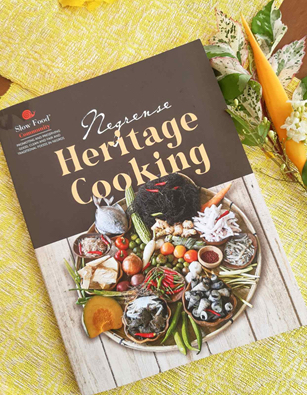 DOT Secretary Berna Romulo-Puyat called Negros Heritage Cooking “a testament to the culinary traditions of the region, filled with recipes that tell the stories of ingenuity, creativity and passion.” She said the cookbook will be passed down to generations to remember “forgotten ingredients and keep these heirloom dishes alive.”

“These initiatives are in full support of the DOT’s Philippine Food Tourism Roadmap and Strategic Plan for 2021 and our efforts to position the Philippines as a center of food and gastronomy. We look forward to the day the province opens up again, so visitors from around the country can also experience what eating and living is like ‘sa banwa sang dulce’,” the tourism chief added.

“With the support of the DOT and the province of Negros Occidental, through Governor Lacson, the Slow Food community of Negros was able to vigorously participate virtually in Slow Food International’s Terra Madre Salonne del Gusto and in the KAIN NA event of the DOT,” Gamboa-Peña said.

In 2019, the DOT invited Fil-Am chefs Tom Cunanan, Charles Olalia, and Grant “Lanai” Tabura to Iloilo and Bacolod City, where they were accompanied by chef Margarita “Gaita” Fores in visiting tourist sites and sampling culinary delights as part of the Chefs’ Food Trip to the Philippines project. A DOT x WOFEX University symposium at the Negros Residences, attended by 120 food stakeholders and enthusiasts, capped off the chefs’ visit to Bacolod.