Apple fans finally got their first look at the highly-anticipated iPhone 13.

On Tuesday (Sept. 14), Apple introduced the next version of its popular smartphone, one of several devices announced during a virtual event at its headquarters in Cupertino, California.

The iPhone 13 is set to arrive in four models: a standard version with a 6.1-inch display, a Mini model, plus Pro and Pro Max models with larger screens and better battery life.

Other devices unveiled during the event include a revamped budget iPad, an updated version of its iPad Mini, and a new Apple Watch Series 7 with a bigger display.

The newest iPhone 13 series is out: Better displays, battery upgrades, and more colorways

Here’s a quick roundup on the new products announced by Apple, including their prices and launch dates:

New versions of the iPad line include its entry-level model starting at $329 and an overhauled iPad Mini starting at $499.

According to Apple, the entry-level iPad will retain the same design and price but feature more storage starting at 64GB, and add a 12-megapixel front-facing camera with support for Center Stage, a feature on iPad Pro models which can automatically detect and follow who's on screen.

The device now comes powered with an A13 bionic chip, which can the deliver up to 20 percent faster GPU to give users better graphics performance for playing immersive games on Apple Arcade and more. 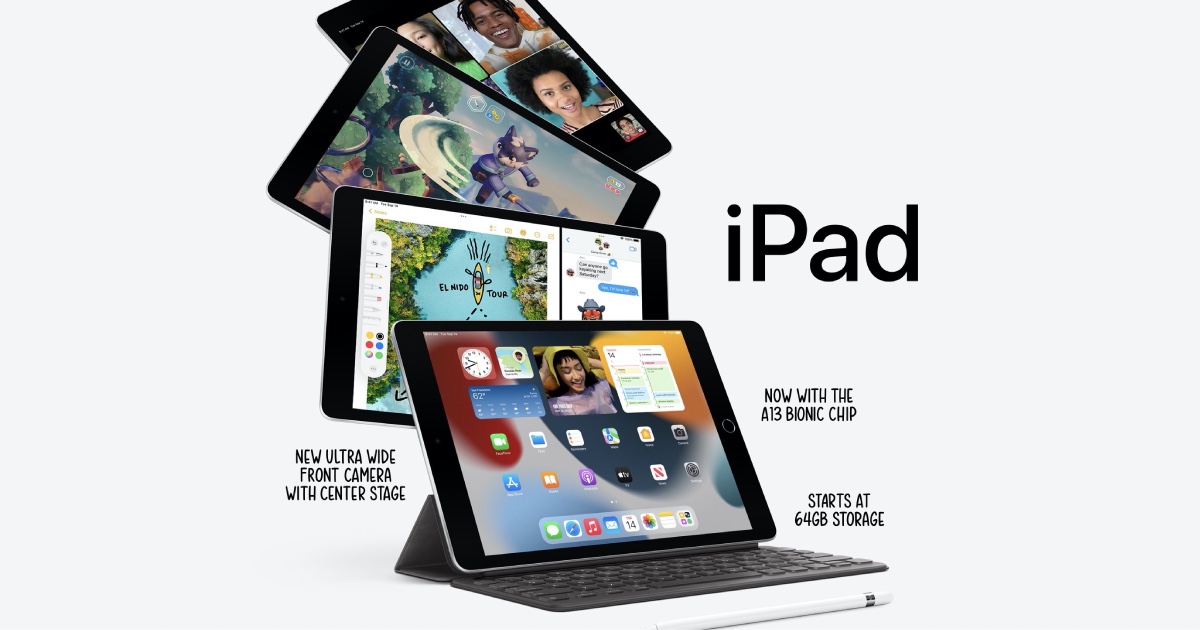 Meanwhile, the new iPad Mini will feature an 8.3-inch touchscreen and will perform 80 percent faster than the previous model. The tablet, which will be available starting Sept. 24, will include an upgrade to its cameras, support for the second-generation Apple Pencil, and support for 5G wireless networks.

During the event, the tech giant also unveiled the Apple Watch Series 7, with a larger screen, faster charging time, and redesigned look with a subtle wraparound effect.

Digital buttons on the watch face appear bigger to make them easier to tap, such as trying to find snooze on an alarm. The watch will also include new faces to leverage the size of the display. 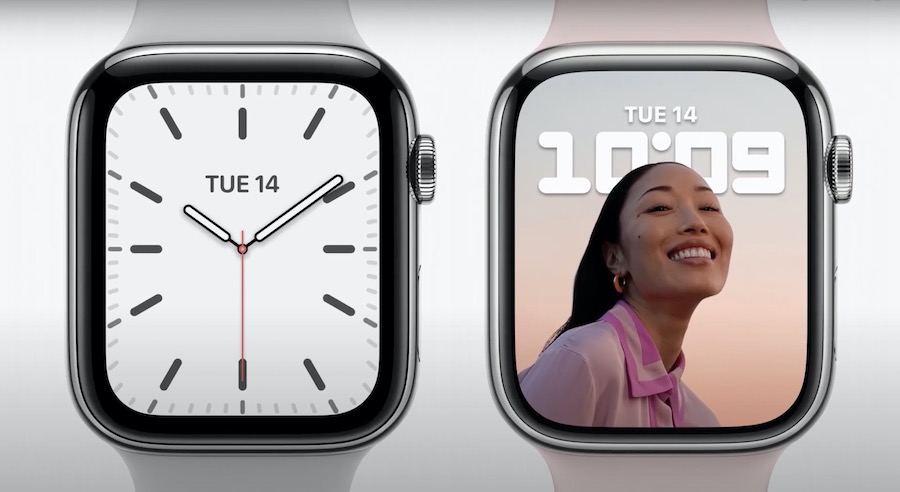 According to Apple, the display was completely re‑engineered by reducing the borders by 40 percent, which allows for nearly 20 percent more screen area than Series 6. The Watch uses the extra screen area to add a predictive text keyboard, so users can quickly type messages by dragging their fingers across the appropriate letters.

Apple also says the updated watch boasts an 18-hour battery life and charges 33 percent faster than the previous model. The watch is available in five all-new aluminum colors including midnight, starlight, green, blue, and red. The Apple Watch Series 7 will start at $399 and launches later this fall.

In case you missed it, you can watch the entire Apple event here: