Ed Sheeran is back with a new look and some bad habits.

English singer and songwriter Ed Sheeran is set to make his musical comeback with the arrival of a new solo single this June 25.

After dropping No.6 Collaborations Project, a collaborative album featuring acts like Justin Bieber, Travis Scott, Eminem, Camilla Cabello, and more back in 2019, Ed Sheeran has been keeping lowkey amid his wedding and the birth of his first daughter, Lyra Antarctica Seaborn Sheeran.

After announcing on Instagram on June 10 that he’ll be releasing new music after four years, the 30-year old artist soon took to Instagram stories to briefly tease its official title: Bad Habits.

"The moment you realize your first solo single in [four] years is coming out in a few weeks," he wrote.

In the promotional photos, Sheeran is seen replacing his typically toned-down look for a bright pink suit and tie, spiky hair, and what appears to be glittery makeup. 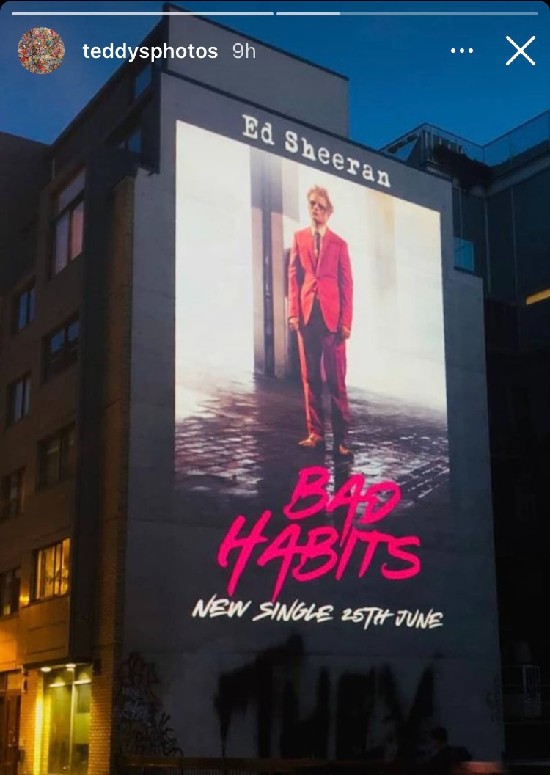 In a recent Instagram post, the artist is also donning gnarly vampire fangs to add to the feel of his new single.

"The nails were a nightmare to try and take a piss with. Wouldn’t recommend,” the artist shared.

“Every time I release a first single from an album I’ve been nervous about it because I don’t know how it’s gonna go – and I like that feeling. I like the idea of putting something out and being like, ‘I don’t know how people are gonna feel about this’.”

Mira Nila: A historical past blends beautifully with the present

VIRAL DEBATE: Have we been using bendy straws wrong all this time?