Tabi-tabi po! Trese, the much-awaited anime adaptation of the Filipino comic book, finally made its way to Netflix midnigt of June 11.

The story is based on the comic book created by writer Budjette Tan and artist Kajo Baldisimo. The cult favorite first came out in 2005 and has since won multiple awards. 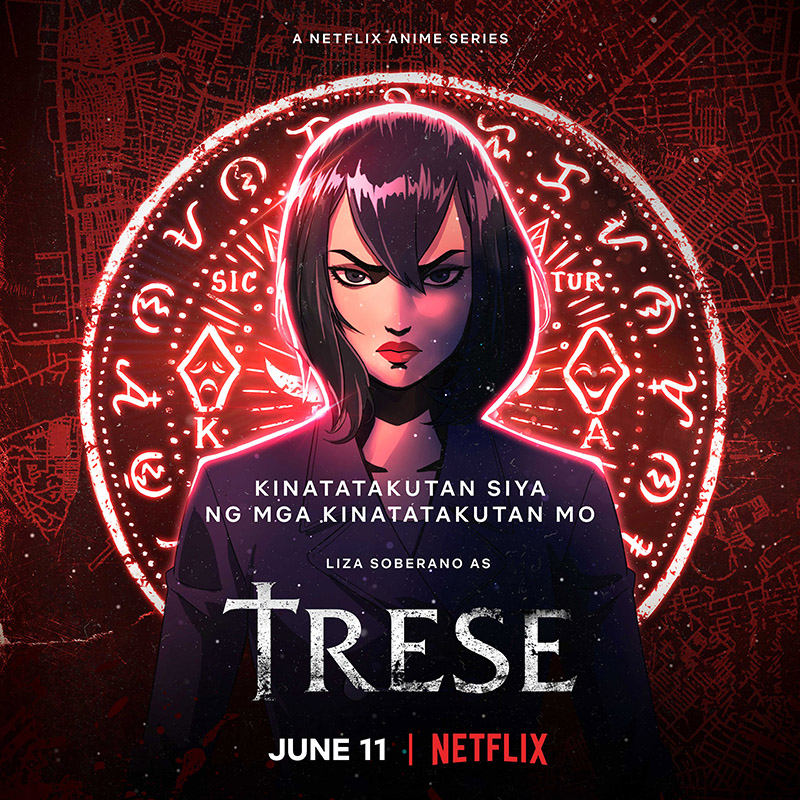 The Netflix Original anime is directed by Jay Oliva (Justice League Dark, The Legend of Korra). Shanty Harmayn and Tanya Yuson at Jakarta/Singapore’s BASE Entertainment are executive producers. The Netflix adaptation is written by Yuson, Zig Marasigan and Mihk Vergara.

The trailer, which was released in English, Tagalog, and Japanese languages, was received so well that it got over a million views within just a few days.

Why the unapologetically Filipino ‘Trese’ is a must-watch

Recently, Trese made headlines as a manananggal and aswang “allegedly” vandalized the Netflix anime’s billboards in Metro Manila.

Editor's Note: This article was provided by Netflix.