Get ready to beat your breakfast high score and play with your food because there is now such a thing as an official Tetris waffle maker.

The famous tile-matching game is nearly 40 years old and has an ever-expanding fan base spanning generations.

The addictive puzzle game was originally created by Russian software engineer Alexey Pajitnov in 1984 and has been published by several companies over the years, including Japanese video game giant Nintendo.

With the interest in video games skyrocketing during the pandemic and the availability of classic titles through new consoles like the Nintendo Switch, retro titles are making a comeback and drawing in a whole new generation of players.

“As the video gaming industry continues to surge, and particularly retro gaming, so does the popularity of Tetris which will celebrate its 40th year in 2024,” noted Francesca Lisle, MD, at Lisle Licensing, the UK merchandising agent for Tetris in a statement.

“Mix up your waffle game with the Tetris shaped waffles. Just pour in your homemade waffle mixture and then wait as it cooks into the 7 unique tetrimino shapes. Make, play and eat them all!” reads the official product description on Fizz Creation's website. 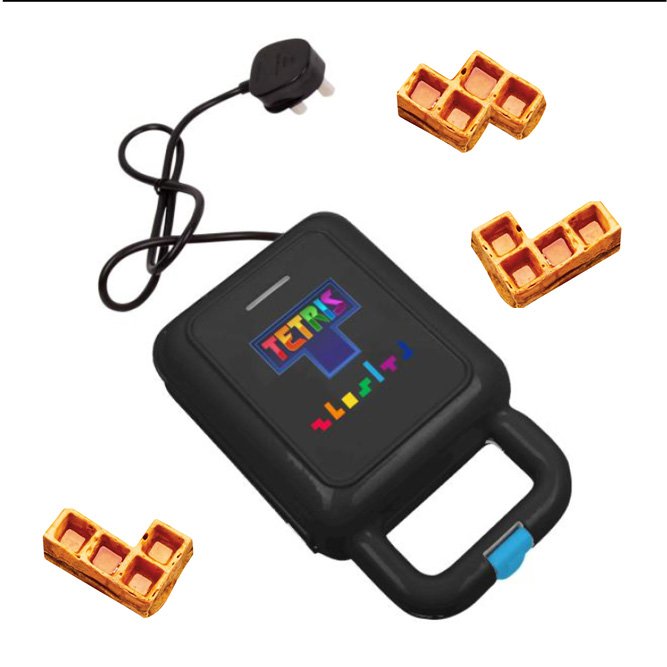 “We’re all about fun and novelty at Fizz Creations, so are excited to partner with Tetris to launch the waffle maker—Tetrimino shaped waffles… what’s not to love!” added Zoe Ryan, marketing manager at Fizz Creations.

Tetris is considered one of the most recognizable and influential video game brands in the world. Billions of Tetris games are played online every year and over 500 million Tetris mobile games have been downloaded to date.

It's good to know that you can eat Tetris for breakfast too.