A chat with advertising professional Nigel Cornel on beauty pageants leaves your eyes enlarging, brows arching, and mouth forming a small O more often than necessary. In several moments, especially if you're not that adept about pageantry, it looks like you're a child wandering inside an interactive museum—always amazed, waiting to be surprised with seemingly foreign stuff you never knew exists in the first place. You soon realize these beauty competitions, which sprang in the flapper era, are much more than what meets the often mocking eye.

Pageants are definitely not just skin-deep for Cornel, 31, a proud Pia Wurtzbach fan or Pianatic, who has been following beauty pageants since he was five. In 1994, as a kid and through a TV set, he watched Miss Universe happen in Manila. That time, he (secretly) joined the rest of the pageant-crazy Filipinos root for Charlene Gonzales—who eventually won Best National Costume and landed a top six spot. He might have already known then he would be taking pageants seriously for life that time. Proof: He got so eager in stealing the Miss U 1994 souvenir program his gay uncle had kept from him—although, as he tells PhilSTAR L!fe, "Syempre, di binibigay sakin because at the time, I was still in the closet."

Yet, Cornel only grew fonder of beauty pageants, to the point he would also follow international editions like Miss USA and Miss Teen USA. In the 2000s, with social media not yet as utilized for gathering of information or, well, gossip, he turned to these "message boards" online for his much-needed updates. Cornel was there during the Philippines' "drought"—2000-2009—the period following Miriam Quiambao's Miss Universe first runner-up finish that then led to a series of rejections thereafter. As expected, he became more invigorated once Venus Raj nabbed the Miss U fourth runner-up sash in 2010—it was such a major, major deal as it was also the time the country started a winning streak—in Cornel's words, "Nung nagiging Venezuela na tayo."

Ten years later, Cornel now keeps pageants up there next to his top interests: volleyball, Crossfit, traveling, and debating. Early this year, he also launched a weekly online talk show revolving around pageants—it's a vodcast that has only further penetrated him into the pageant community so much so he would eventually get to meet his idol Kween P herself.

And it's all thanks to his show co-hosts he also calls friends.

Where to watch Miss Universe Philippines 2020

Meet Korona, a group of five millennial pageant enthusiasts of which Cornel is the youngest and newest member. Korona was formed through those friends-meeting-friends-of-friends situations: The anchor might have been Bessie Besana, a fashion designer who helped found local grooming group Aces & Queens. He's been friends since time immemorial with banker Moks Gonzales, wellness doctor Candy Drilon-Dalman, and human resource professional Miguel Naranjilla—all pageant lovers as well. The quintet would form once Naranjilla met Cornel, who filled in at the last minute for a spare ticket to the Binibining Pilipinas event that Wurtzbach would eventually win.

Obviously, thanks to their love for pageantry, Cornel, Besana, Gonzales, Drilon-Dalman, and Naranjilla clicked and later watched their friendship grow. They would regularly meet up and even travel together to bond. Most notably, they have watched the Miss Universe pageant together in 2017, when it was last held in Manila. But the group's latest and most successful pastime together would be, of course, their regular Sunday 9pm show.

Launched virtually in April or at the onset of the pandemic, the name Korona fit right into the social context and, well, the running theme of their talk show. Korona's topics form a motley, considering the group's unquantifiable knowledge on pageants plus the Philippines' generally strong presence in international competitions besides Miss Universe. From past beauty queens to newbies, from local to international issues, from the less popular pageants that surprisingly prospered down to those big ones that eventually failed, the talk runs for at least 90 minutes and could go up to almost three hours—even pageant set productions are criticized here, with Besana's background as event organizer highlighted.

It definitely requires effort from the Korona members, who also call each other "ashtie"—their term for tita, coined from GMA-7's now defunct Encantadia. The weekly show requires them to do pre-production work beyond their Whatsapp group, which includes conceptualizing and episode scheduling.

Once they hit record, Korona's chemistry is pretty strong, with each of them candid, charming, and well-spoken enough to carry an argument or point. It's precisely why the Zoomcast was born—as Cornel puts it, to help provide a more "intelligent" discussion on pageantry matters in contrast to just pure gossip or conspiracies.

"We all have our own roles. Miguel, as the HR leader, is very diplomatic. Moksy is known for his ballsy responses. I provide the more logical reasoning as someone who used to debate. Candy provides the woman's perspective," Cornel explains.

He especially credits Besana, the most connected in the group who has helped prime Wurtzbach, Megan Young, and Kylie Versoza before managing Miss World Philippines from 2017-2018, for bringing most of the "tea" in every episode.

"As in we try to analyze talaga," he adds—on what truly comes out as comprehensive yet laughter-filled chats about everything in the pageant arena.

In the past six months, Korona has had one season and is now at the tail-end of the second season. The group has uploaded 26 videos each on Facebook (via Sash Factor) and YouTube (via Besana's personal account).

Over time, the videos easily raked thousands of views and saw no shortage in engagement.

As Cornel relates, fans would be suddenly so stirred they'd be found commenting with their similarly intelligent takes next. 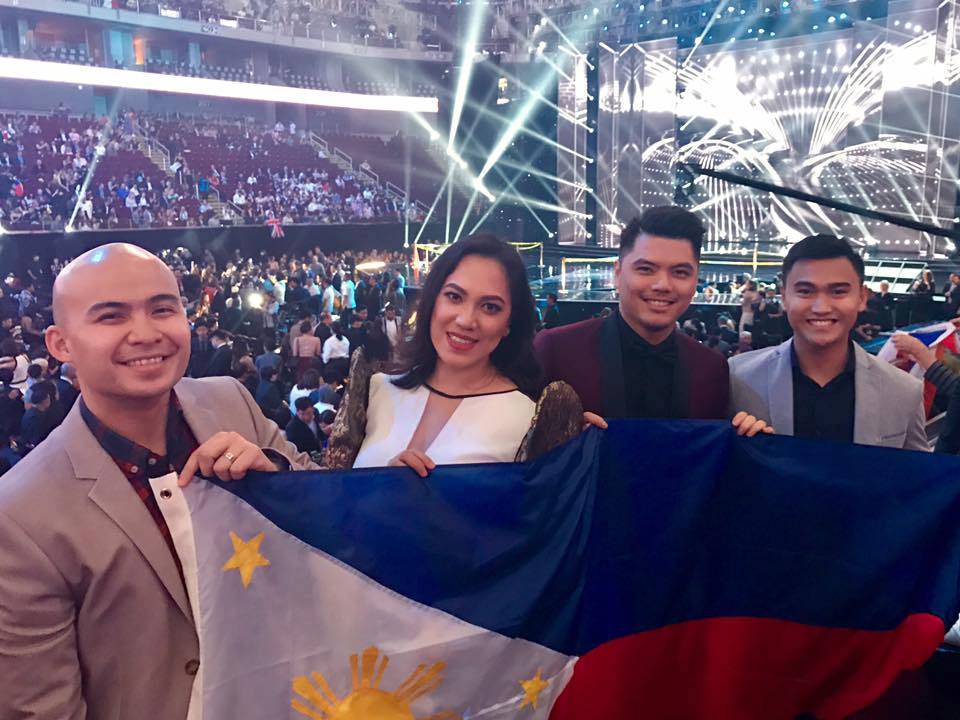 He shares, "I was never a fan of MJ, but during that episode, I became a convert. She was just very fun and you want her to be your friend."

"Also the one with Shamcey!" he hurriedly adds. "She's very intelligent. It goes to show why they selected her to be the MUP national director."

Passing of the crown

Cornel and the Ashties have kept busy lately, especially with the MUP happening on October 25. The group might just have to wrap up the second season once they finish recapping Sunday's results. Note: Way before the MUP main events, they guested more than 20 of the contestants on the vodcast, too.

In any case, amid a pandemic that has halted many pageants and kept any idea of international tournaments at a standstill this year, Cornel sees Korona constantly latching him onto one of his oldest passions. In a more overwhelming, encompassing way, however, he likes to think he's doing the show to inspire others.

"I like receiving feedback from closeted pageant fans na for the longest time wala silang makausap tungkol sa beauty pageant. They can now finally relate! Because that's how I was before—I would watch secretly. And now that we’ve inspired them, super nakaka-relate sila samin," he says.

"They appreciate our level of analysis and the tea! I love it that they see us as their barkada!" 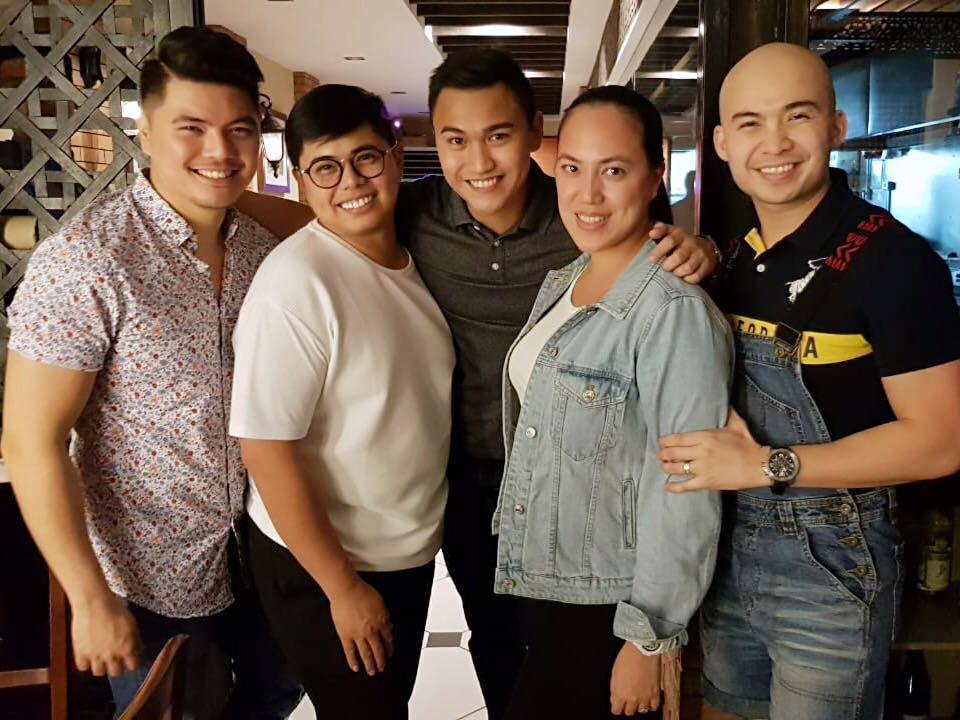 A print and online magazine editor of 10 years now, who treats the lifestyle beat as his life keeping him in style.