Style Living Self Celebrity Geeky News and Views
In the Paper BrandedUp Hello! Create with us
Marvel Studios

Thor: Love and Thunder is set to electrify audiences in cinemas worldwide this July.

In case you’re thinking the latest Marvel movie is another testosterone-packed superhero flick that will appeal only to the male demographic, you’re wrong.

In a major departure from the serious and dark tone of the first two films, the Taika Waititi-directed film feels more like a rom-com set in the backdrop of an 1980s-inspired cosmic road trip adventure complete with all the retro visuals and epic metal and rock music of the era.

Thor: Love and Thunder is a hilarious yet emotional journey, filled with crazy and colorful Guns N' Roses-powered battle scenes, memorable one-liners, witty dialogue, heartfelt moments, and magical screaming goats. I had a blast watching the whole movie from start to finish and I’m pretty sure most audiences will too.

The movie starring Chris Hemsworth is the 29th film in the Marvel Cinematic Universe (MCU) and the direct sequel to Thor: Ragnarok (2017), cranking up the comedic factor and trippiness established in Ragnarok. Love and Thunder also marks the fourth solo film for the Norse god after Thor (2011) and Thor: The Dark World (2013), making MCU history as it's the first time an Avenger gets four solo films in the franchise. 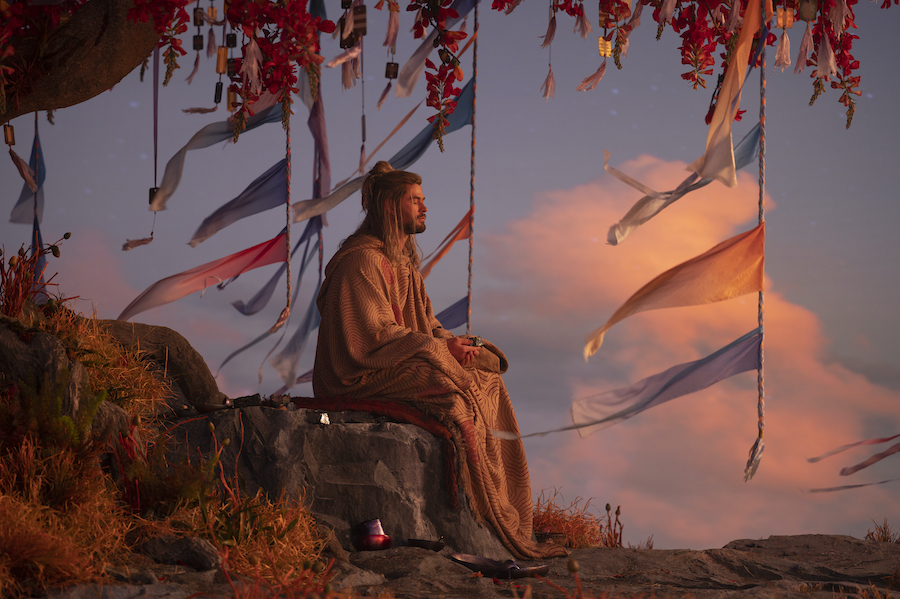 In Thor: Love and Thunder, Thor (Chris Hemsworth) attempts to find inner peace in retirement, but finds himself being called to action again after the appearance of Gorr the God Butcher (Christian Bale), a galactic killer who seeks the extinction of the gods.

Thor recruits allies, including King Valkyrie (Tessa Thompson), Korg (Taika Waititi) and ex-girlfriend Dr. Jane Foster (Natalie Portman), who – to his surprise - inexplicably wields his magical hammer as the Mighty Thor, in an attempt to stop the God Butcher.

If you’re unfamiliar with Gorr the God Butcher, you’re not alone. The supervillain played by The Dark Knights star in his MCU debut has not appeared in any other MCU films and only debuted in the Thor: God of Thunder Marvel comics in 2012. The film opens up with Gorr’s tragic backstory and his vendetta against the gods. 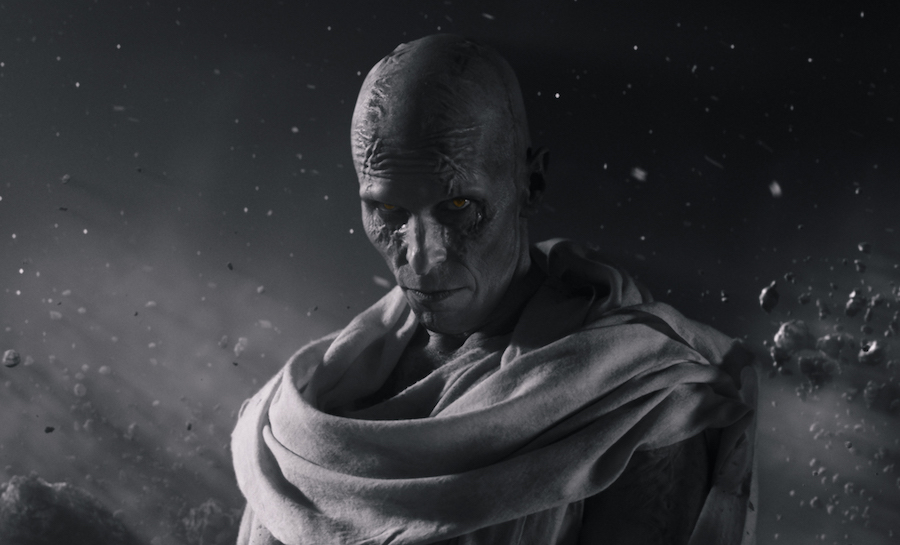 This means new viewers can come into the movie without having to rewatch too many previous MCU films or series if they haven't seen them yet. Aside from featuring characters established in previous films like the Guardians of the Galaxy and Jane Foster (who appeared in the first two Thor films, but not Ragnarok), Thor: Love and Thunder does a great job summarizing what happened in between all the films, with a series of fun story-time flashbacks narrated by Korg (played by director Waititi).

But in case you need a refresher, Marvel has also released a handy 30-second recap of Thor's journey so far in previous movies.

While it helps to have watched the previous Thor films just to be familiar with certain characters, the story in Love and Thunder feels pretty contained, without dabbling too much in the messy multiverse.

It’s been more than a decade since Hemsworth first took up the mantle of Thor, and his evolution throughout the MCU has been pretty fun to watch. In Love and Thunder, the hunky and lovable oaf gets to show his physical prowess (among other things) as well as his more vulnerable side when faced with his ex-girlfiend Dr. Jane Foster. 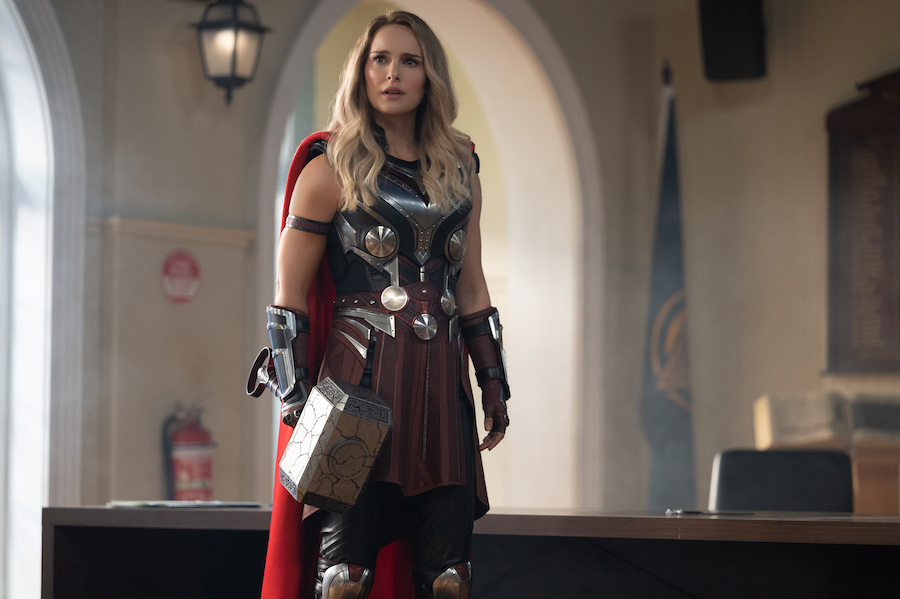 Fans might remember Portman’s Jane purely as the damsel-in-distress love interest in the first two Thor films. This time around, we get to see her kick ass as the Mighty Thor, wielding the mystic hammer Mjolnir, which takes storylines directly from the 2015 comics by Jason Aaron. How and why this happens is best left discovered when you watch the film for yourself.

Understandably, Thor feels a bit threatened and confused seeing not just his ex, but his ex-weapon Mjolnir working together, which results in some of the most humorous scenes in the movie.

Special mention has to be given for supporting characters who manage to steal scenes away from the main characters, particularly Russell Crowe’s comical take on Zeus along with a few non-human characters.

Stormbreaker, the enchanted axe weapon forged with Uru metal and a handle from Groot, which takes on a persona of its own much like Doctor Strange’s enchanted cloak, deserves an award for best supporting character. There's also the two magical goats, Tanngrisnir and Tanngnjóstr based on Norse mythology, who pull Thor’s royal chariot, who elicited a lot of laughter from the crowd.

When Phase 1 of the MCU first debuted over 14 years ago, superhero movies appealed to a certain demographic. 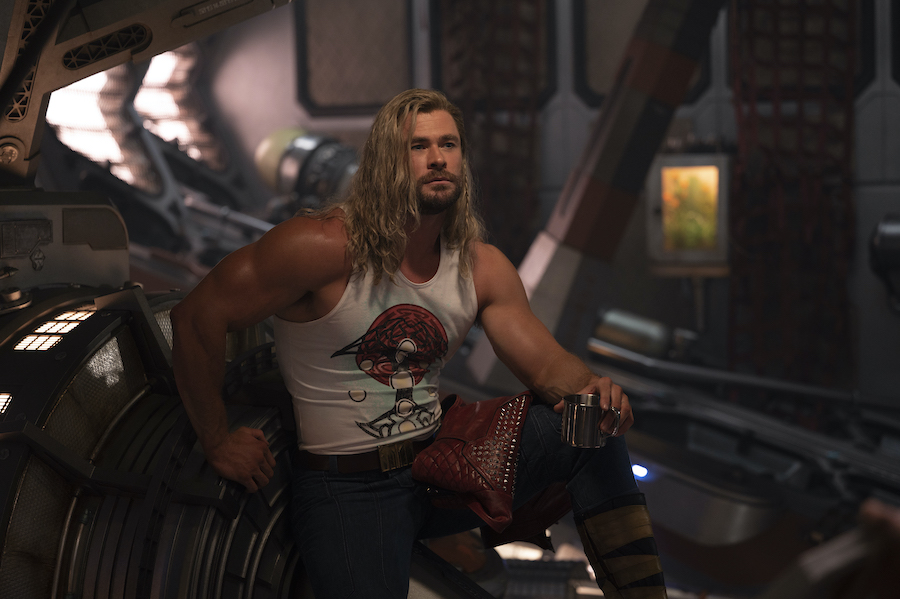 The first solo movies like Iron-Man (2008), The Incredible Hulk (2008), Iron-Man 2 (2010), Thor (2011) and Captain America: The First Avenger (2011), leading up to Marvel’s The Avengers (2012) all featured the typical strong guys of comic book lore. With the exception of Scarlet Johansson’s Black Widow, the original Avengers team was very male-dominated.

Over the years, the MCU has become a lot more inclusive to a wider audiece, including female moviegoers, families, and the LGBTQ community, which reflects in the evolving characters and the storylines.

The marvelous women leading the MCU’s Phase 4 and beyond

What makes Thor: Love and Thunder a fun film is how it empowers everyone to take up the hammer and wield the power in their own way.

I personally found it pretty cool to see Portman finally holding her own in battle as Mighty Thor and fighting alongside Hemsworth’s Thor, and not just watching her as a love interest who needed protection. 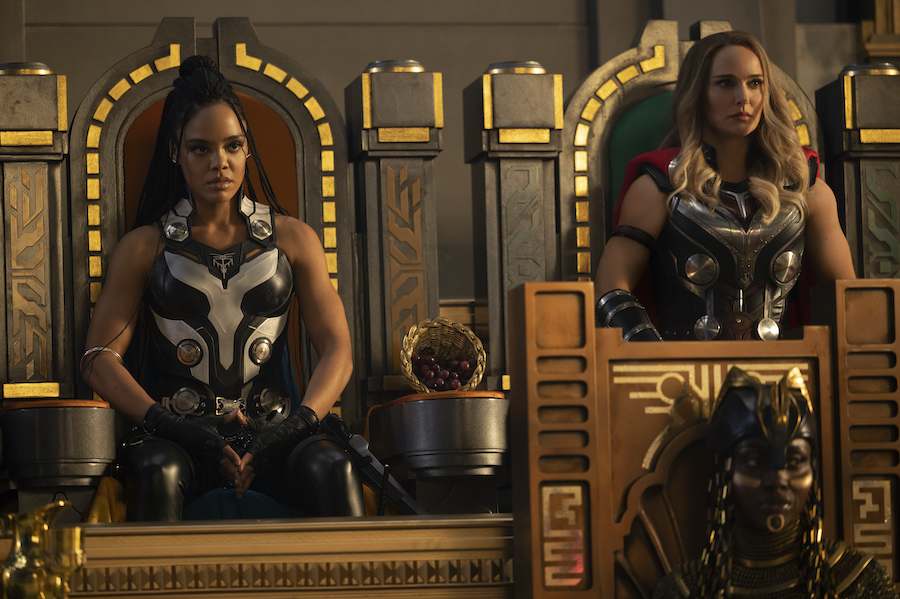 Likewise, Tessa Thompson’s Valkyrie, kicks serious ass and provides representation for the LGBTQ+ community. Marvel Studios head Kevin Feige confirmed that the character is Marvel's first LGBTQ+ superhero, and both the comic book character and the actress are openly bisexual. The film has several nods to queer romance not just for the King of New Asgard, but for other characters as well.

While some themes and references (like the parody of Jean Claude Van Damme's epic Bloodsport split in one battle scene) and the Guns N' Roses soundtrack (Sweet Child O' Mine, Welcome to the Jungle, Paradise City and November Rain) will resonate best with more mature audiences, there's plenty of humor and action to keep younger kids entertained.

With moviegoing becoming a family affair these days, teens and kids will appreciate how the younger cast also plays a part in the movie particularly in one of the last battles.

Reflecting how the original viewers of early MCU and Avengers movies probably have kids of their own today, the movie passes down the hammer to the younger generation, opening up possibilities for the future of the MCU in terms of series or projects.

At any rate, viewers are in for a gloriously fun theatrical ride filled with Waititi’s brand of irreverent humor and the sometimes campy, but definitely nostalgic ‘80s aesthetic. In terms of the fun factor, Thor: Love and Thunder is one of the best Phase 4 movie in the MCU at par with Spider-Man: No Way Home.

Thor: Love and Thunder will screen in cinemas in the Philippines starting Wednesday, July 6.