BTS ARMY has been on full come-back alert since the first concept photo of the album BE dropped a few weeks ago and BigHit did not stop there.

These past few days, BigHit released postcards from the boys for their beloved ARMY. And reactions have been frenzied, because it was divided into 3-2-2 members, possibly hinting at the three new sub-units the boys talked about on their #stayconnected #carryon YouTube log streamed live on May 11 this year. 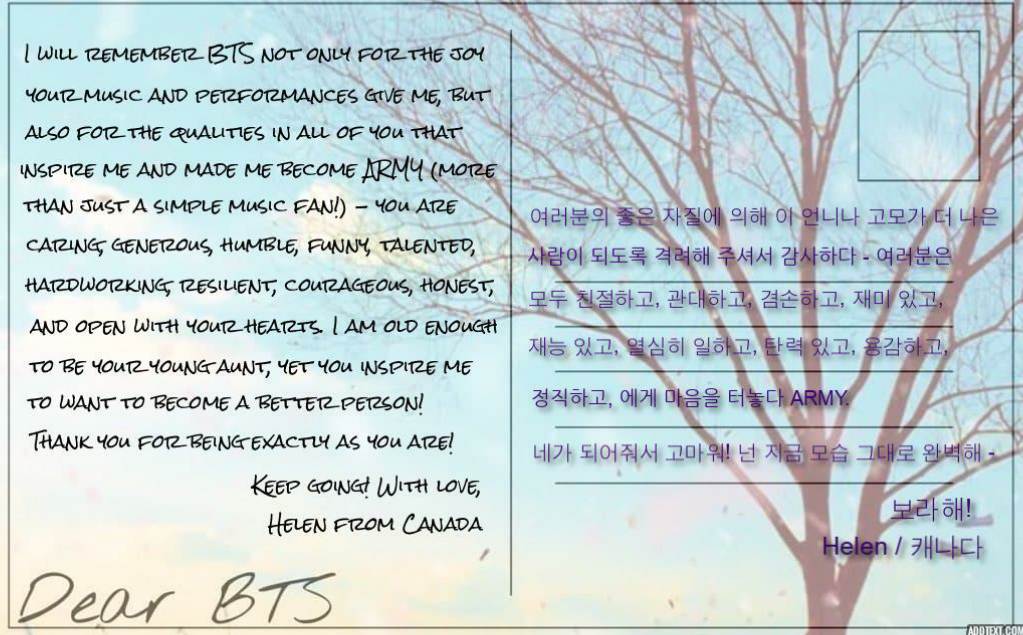 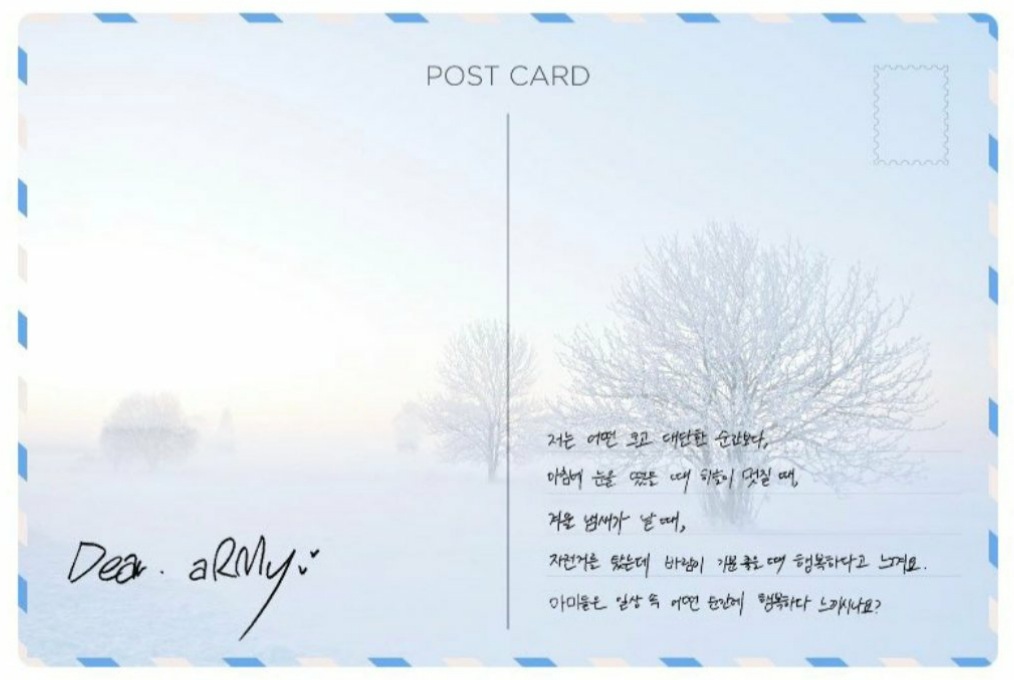 “The happiest moment for me is not something grandiose but the moments when I open my eyes in the morning to the beautiful sky, when I smell the winter and when I’m on my bike and the breeze feels nice. Dear ARMY, when do you feel happy in your everyday lives?” RM 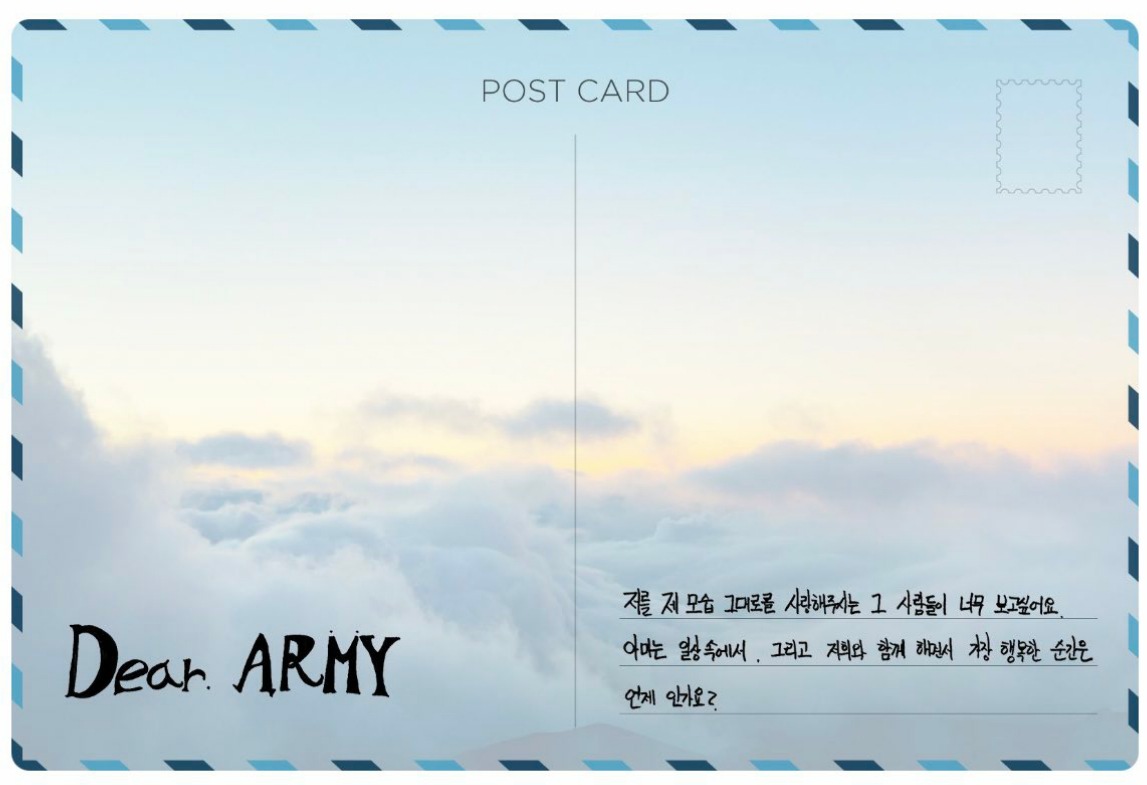 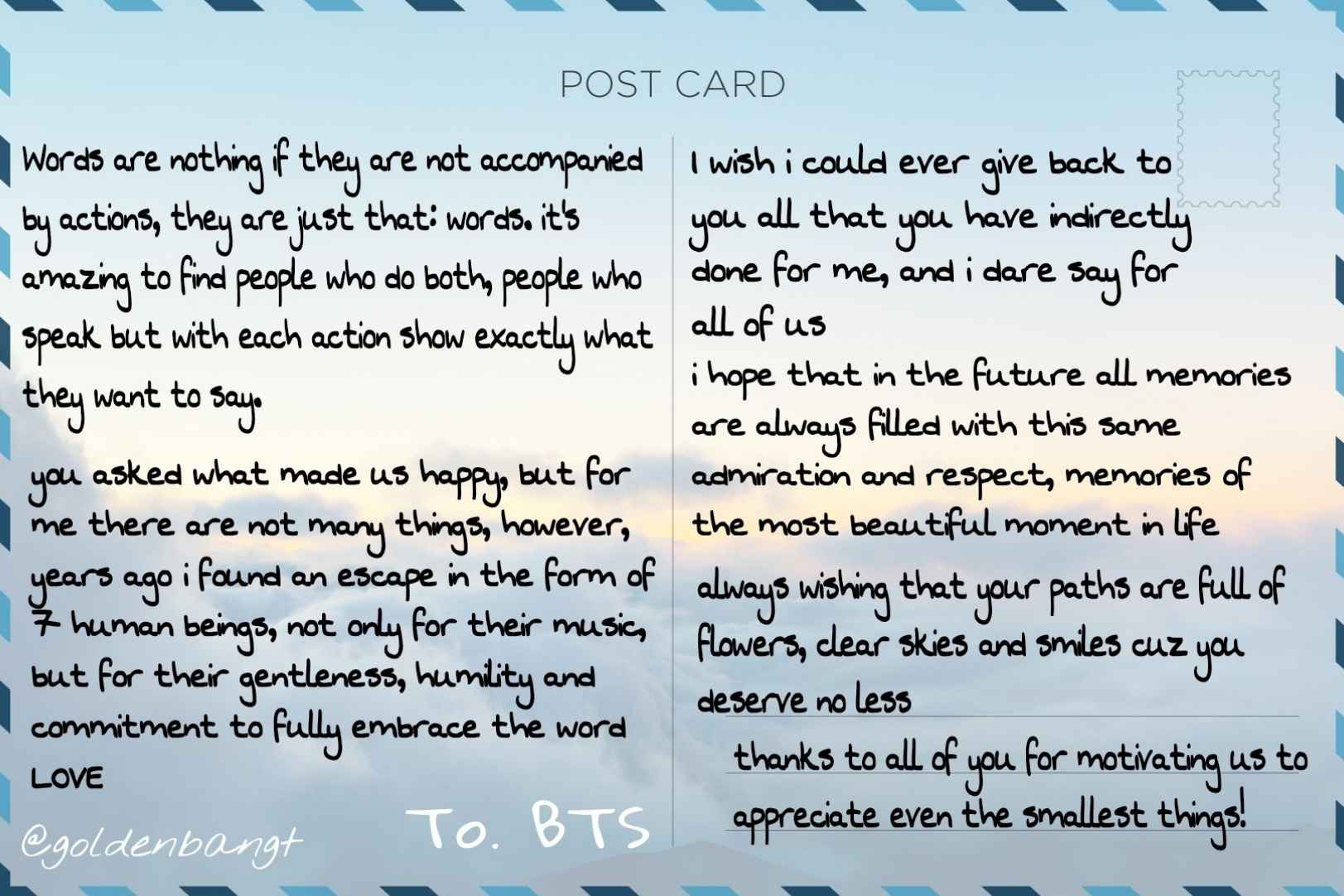 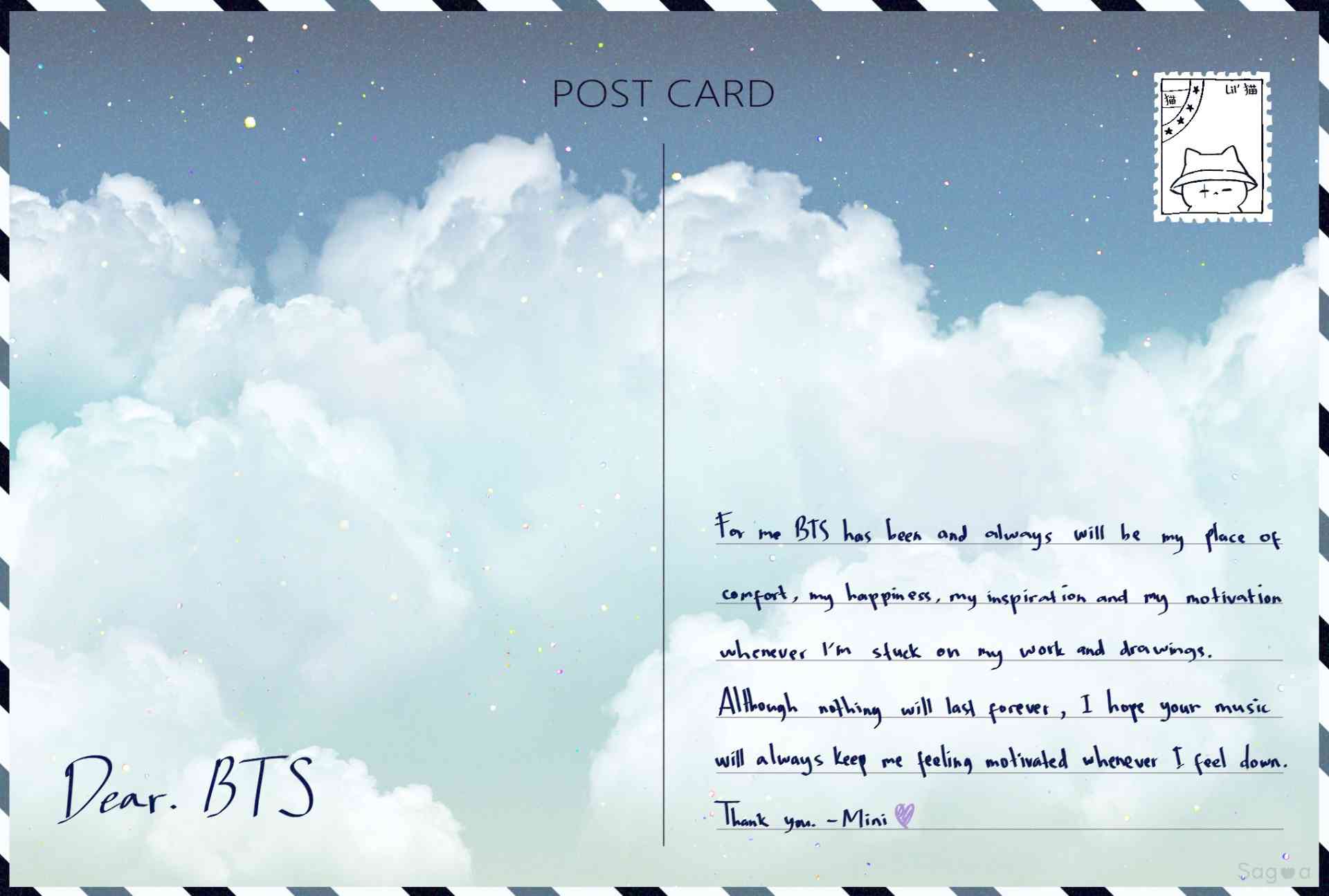 “I miss everyone who loves me just the way I am, so much. Dear ARMY, what makes you the happiest in your everyday life, and when you’re by our side?” Jimin 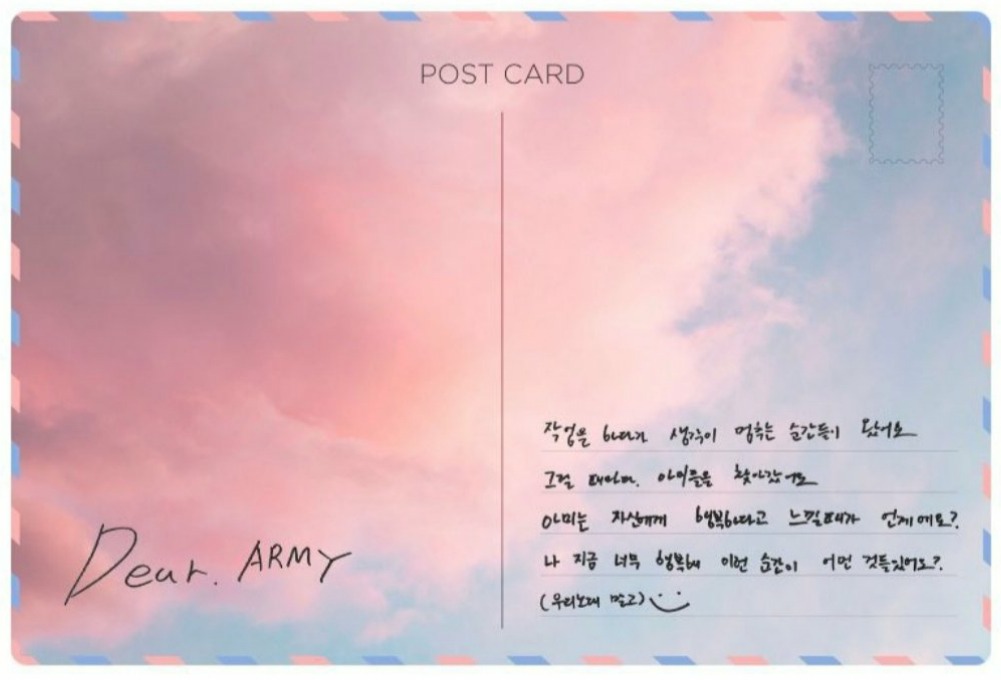 “There were moments while working on my music when I felt stuck. I went to see ARMY every time that happened. Dear ARMY, when do you feel the happiest? What are some moments that make you go, ‘I’m so happy right now’? (Other than our songs) :)” V 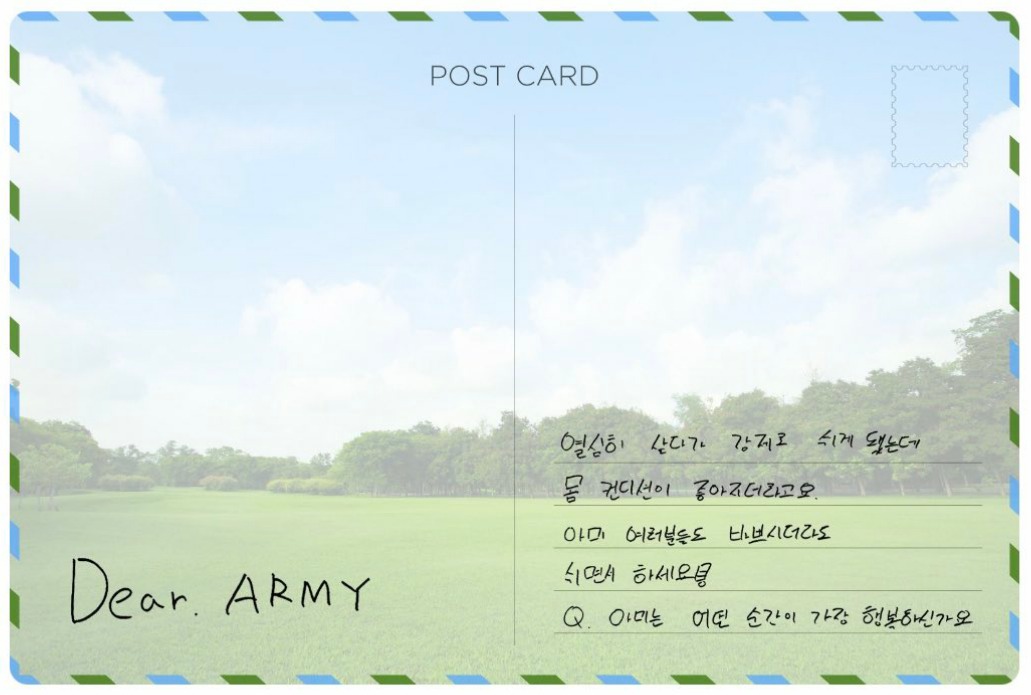 “I realized once again during our concert that singing and dancing in front of ARMY is the reason I exist. Dear ARMY, what would BTS be remembered as in your life?” Jungkook 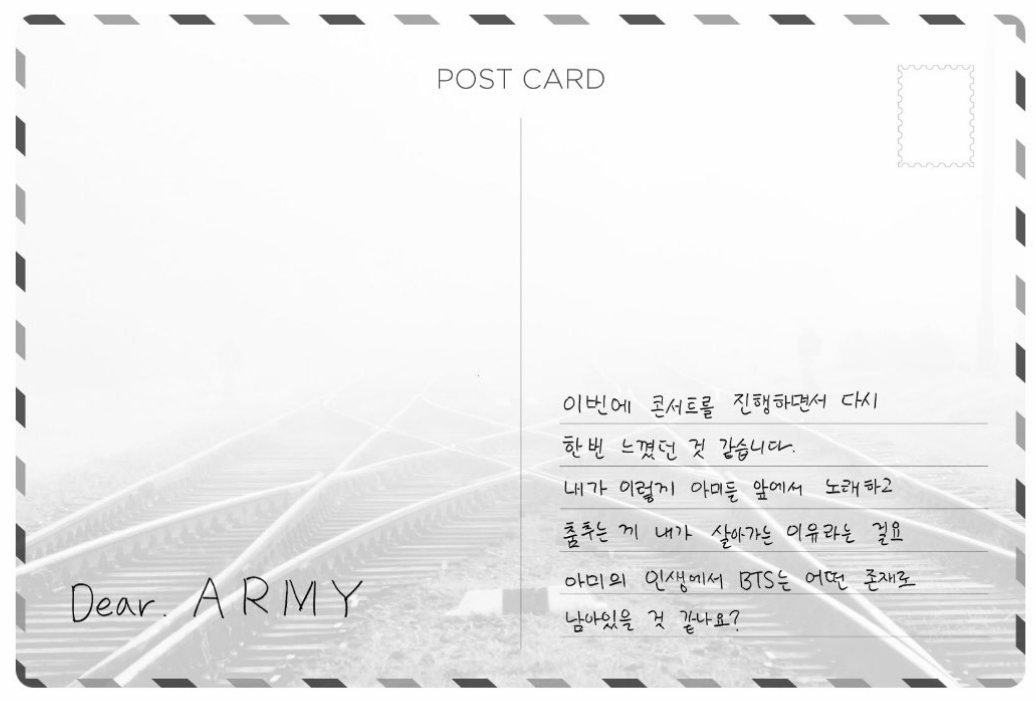 “After working hard I’m now taking a break not really by our own choosing, but now I feel like I’m in tip-top shape. Dear ARMY, don’t forget to take a break even if you’re busy! Q. What is your happiest moment?” Jin 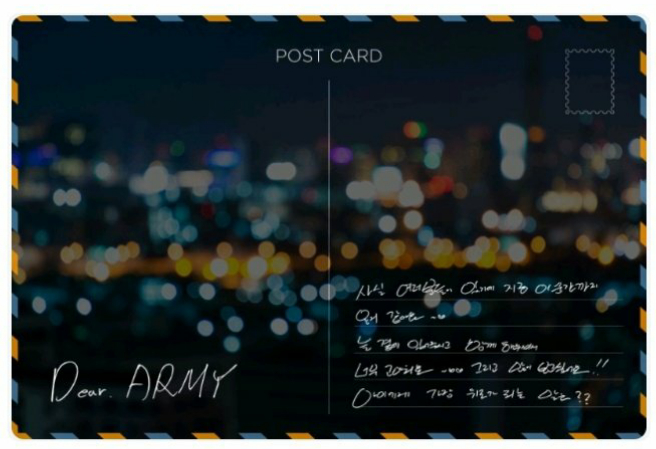 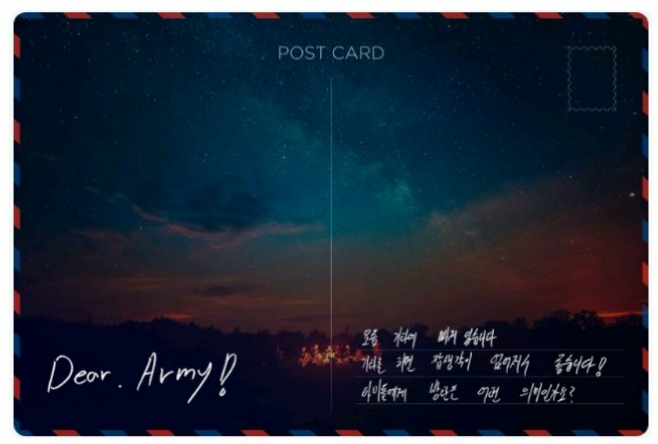 “We could only come this far thanks to all of you! Thank you for always being by our side. And... we miss you so much!! Dear ARMY, what are the words that comfort you the most?” J-Hope

Twitter account @LettersTo_BTS was created for ARMY to post their reply to the boys. 7 postcards will be chosen for each members and will be mailed to the boys. Other entries will be kept and stored like a time capsule. You can send your entries directly at [email protected] or twt it to @LettersTo_BTS until December 31, 2020.

ARMY letters and postcards will be opened at the same time as the purple box that BTS gave President Moon Jae-In during the inaugural Youth Day ceremony held earlier this year at the Nokjiwon Gardens of the Blue House.

“Year 2039 Gift Box” contains musical achievements as well as messages of hope from BTS and is currently stored at the National Museum of Korean Contemporary History in Seoul. 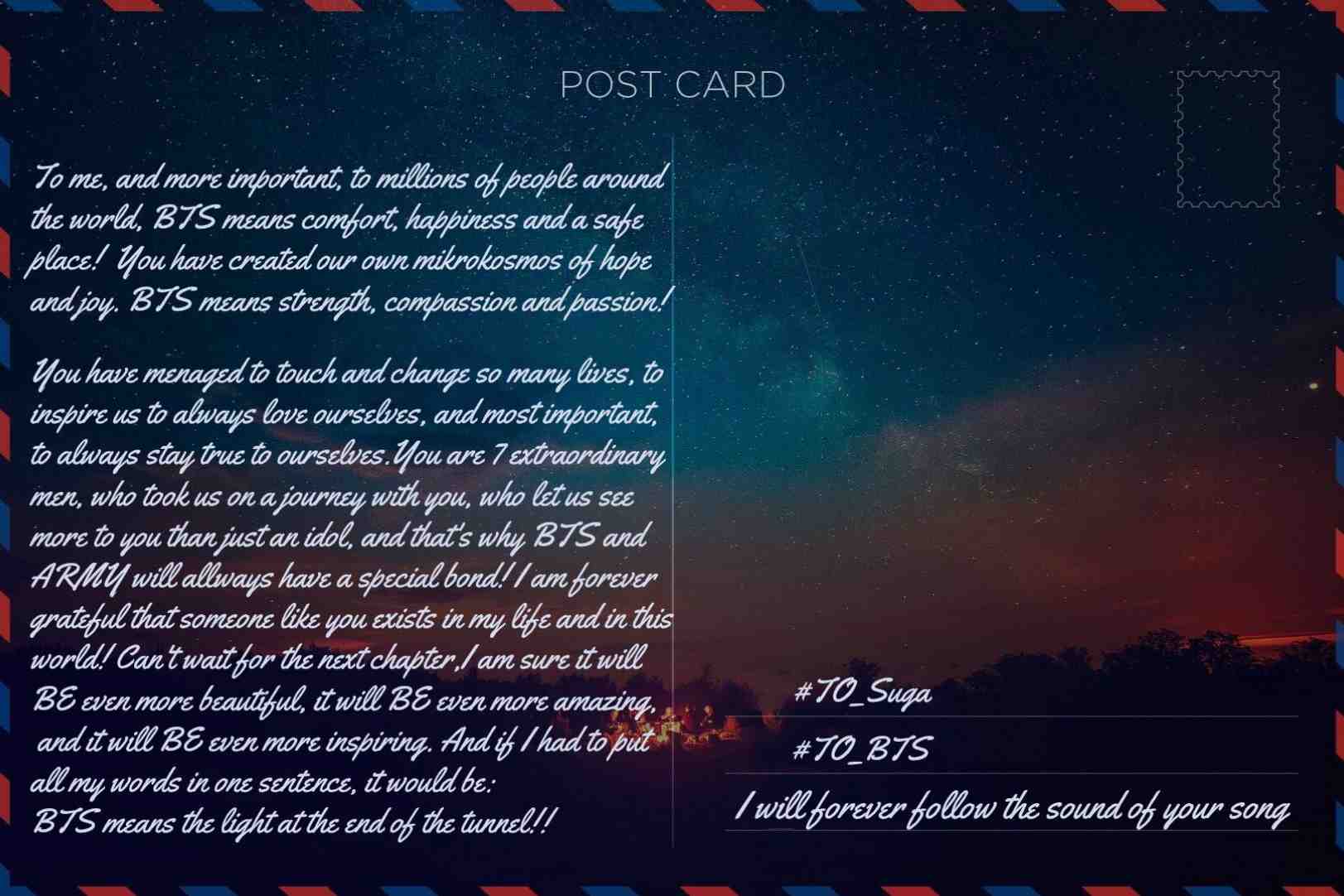 As member V would often say “Borahae,” meaning they will love ARMY forever and 20 years will pass in a blink of an eye. 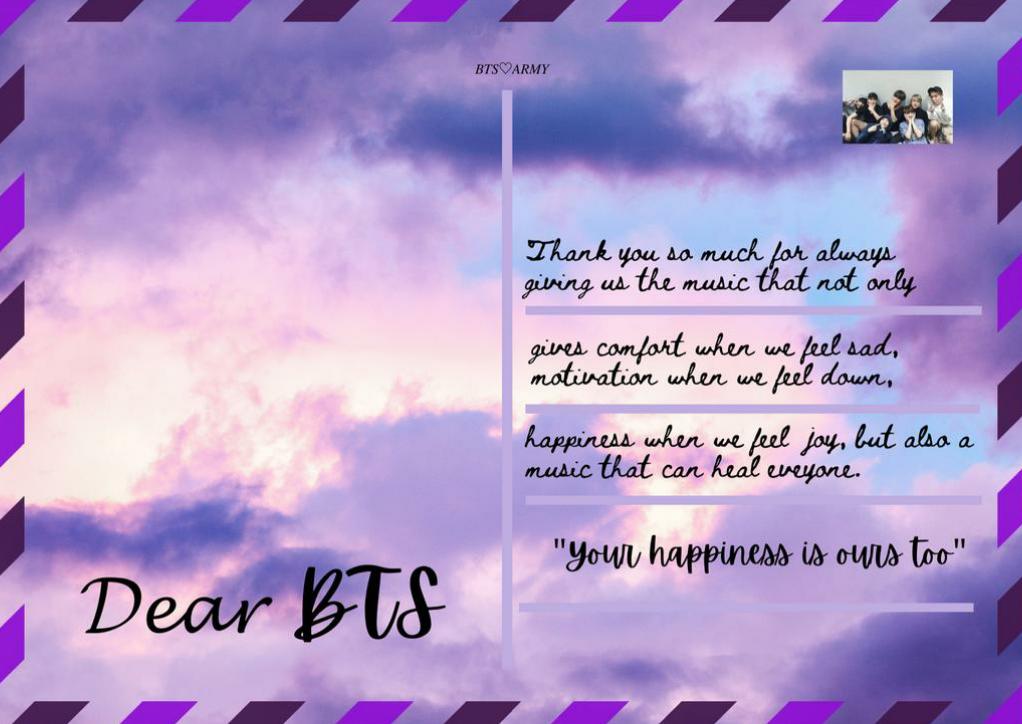