The creator of Final Fantasy is back with an all-new breathtaking adventure like you’ve never seen before for the Apple Arcade.

Fantasian by Mistwalker Corp. is an exciting, new RPG set against a spectacular backdrop of over 150 handmade dioramas that blends physical environments and 3D characters.

The new game which was recently unveiled this month for Apple’s video game subscription service, comes from industry legend Hironobu Sakaguchi, the creator of Final Fantasy and composer Nobuo Uematsu.

To hype the game's release, developer Mistwalker Corporation has revealed new details and a couple of new trailers for Fantasian.

The game's storyline focuses on an amnesic hero named Leo who is on a quest to regain his memories and stop a mechanical infection that is sweeping the land.

According to the official story synopsis: “The tale begins in a realm governed by machines. Within this multi-dimensional universe, the balance of “Chaos and Order” becomes a key factor in the struggle for these realms and the machinations of the gods who wish to control them. Players will assume the role of protagonist, Leo, who awakens from a massive explosion only to find himself lost in a strange land with only one memory left to him. As players set out on a journey to reclaim Leo’s memories, they will unravel the mysteries of the bizarre mechanical infection slowly engulfing all that is known to mankind. The captivating story is written by Sakaguchi and is complimented by a sweeping soundtrack by celebrated Final Fantasy composer, Nobuo Uematsu.”

While the story trailer is giving us serious retro Final Fantasy feels, what makes Fantasian even more unique is the stunning hand-crafted environments that players can explore. The game is being billed by the company as a "Diorama Adventure RPG” and the game will feature more than 150 dioramas specifically created for the game.

Each environment was painstakingly crafted by masters of the Japanese “Tokusatsu” or special effects industry including veterans who have worked on projects like the Godzilla films, Attack on Titan and Ultraman. The features trailer below gives viewers a broader glimpse behind the scenes at how the amazing works of art were translated to a digital platform, which players will be able to fully explore throughout the game. 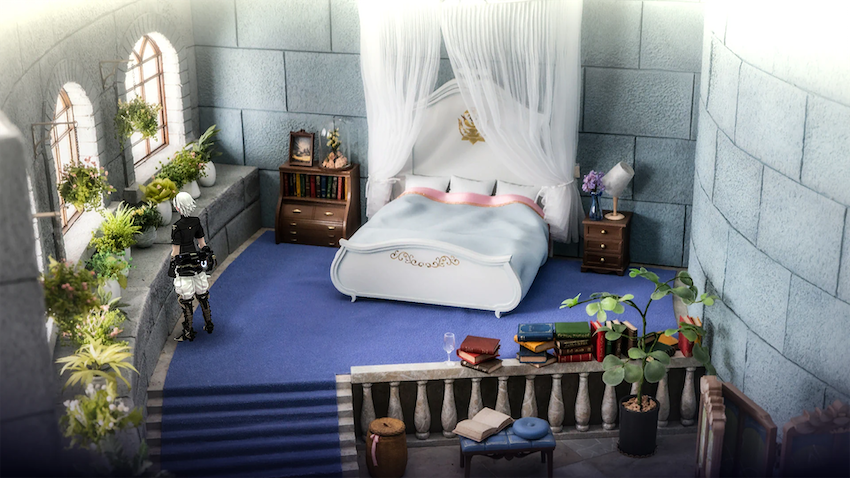 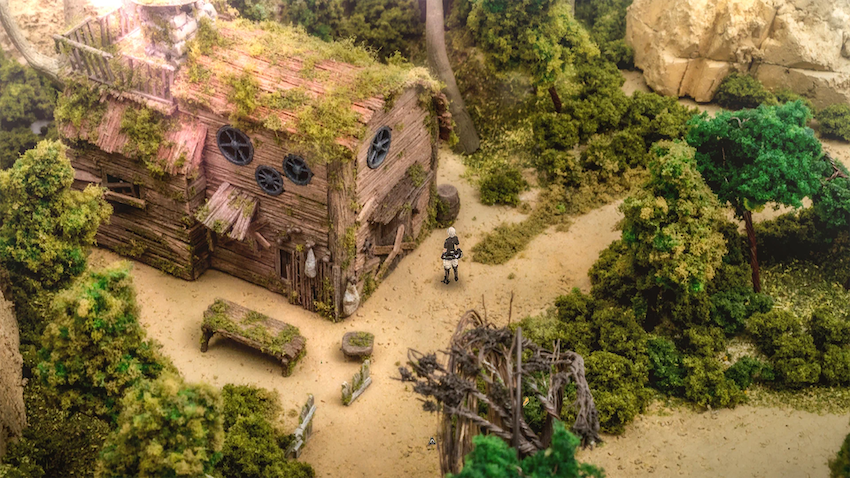 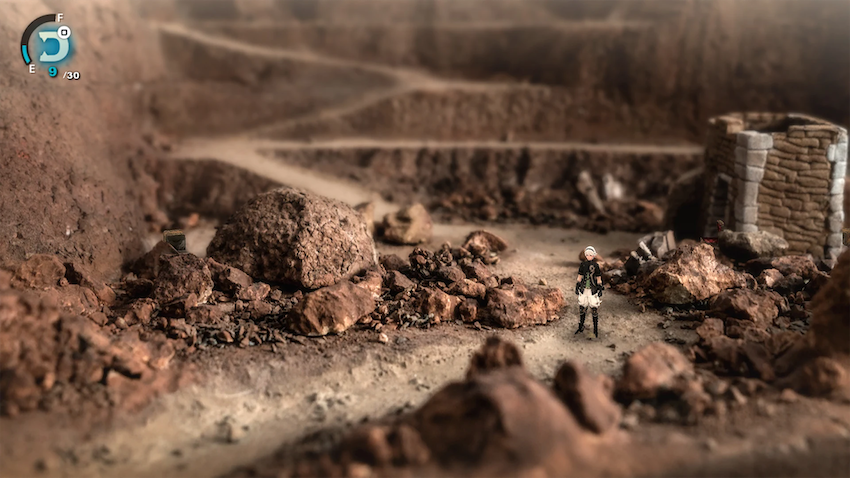 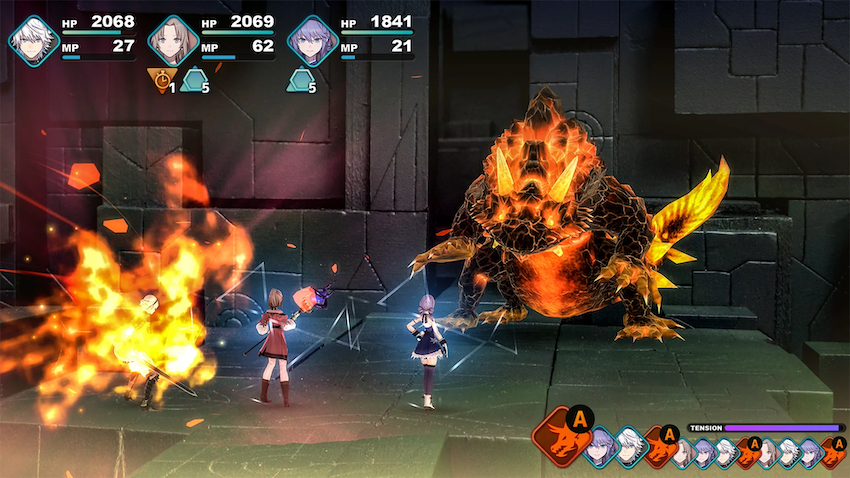 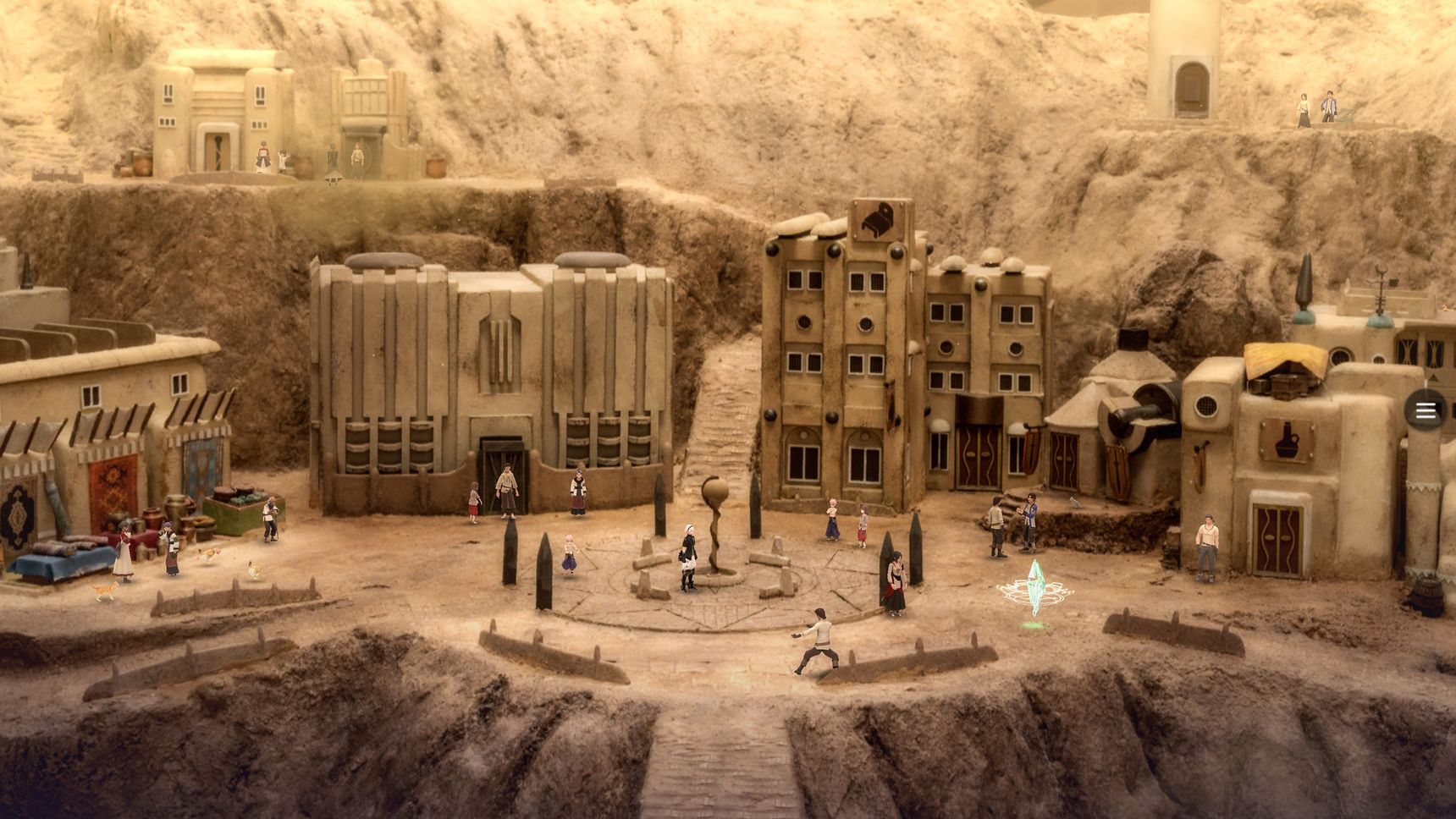 Exploration will play a major factor in Fantasian, and the game's turn-based battles have been tailored to give players a greater opportunity to investigate the diorama environments at their leisure.

The game features new battle mechanics that tap into the developers experience from the Final Fantasy franchise. Sakaguchi brings to Fantasian several modern updates to the classic JRPG genre, such as the “Dimengeon Battle” mechanic, which allows players to skip random encounters and streamline combat to maximize exploration of the beautiful locations.

Adding to the experience of the magical world is the game’s soundtrack of catchy battle tunes and thrilling dungeon pieces created by celebrated composer Nobuo Uematsu, known for his work on the Final Fantasy series and other games like Lost Odyssey and Blue Dragon.

During Leo's journey, players will get opportunities to fill in the gaps in his knowledge using a ‘novel’ approach to collect in-game novels, which feature artwork, music, and sound effects.

Based on the trailers, the game looks like the kind of RPG that old-school Final Fantasy fans will defintely want to get their hands on for the nostalgia factor and unique gameplay.

Fantasian is repotedly in development and will be released in both Japanese and English on Apple Arcade, the video game subscription service providing games available across Mac, iPhone, iPad, and Apple TV devices.

Unfortunately, it looks like the game won’t be coming anytime soon on other platforms including the Nintendo Switch, PS5, Windows PC, or Xbox Series X|S.