Alexandra "Alex" Trese, daughter of the late, great Anton Trese, is half John Constantine and half Buffy the Vampire Slayer. A police captain would call her in to investigate strange, uncanny crimes. After all, who do you call if the murder victim is a ghost?

Together with Crispin and Basilio, her two mysterious Kambal bodyguards, Alex uses her deep connections with the supernatural underworld to solve these cases, rescue innocent victims, and occasionally prevent an apocalypse. 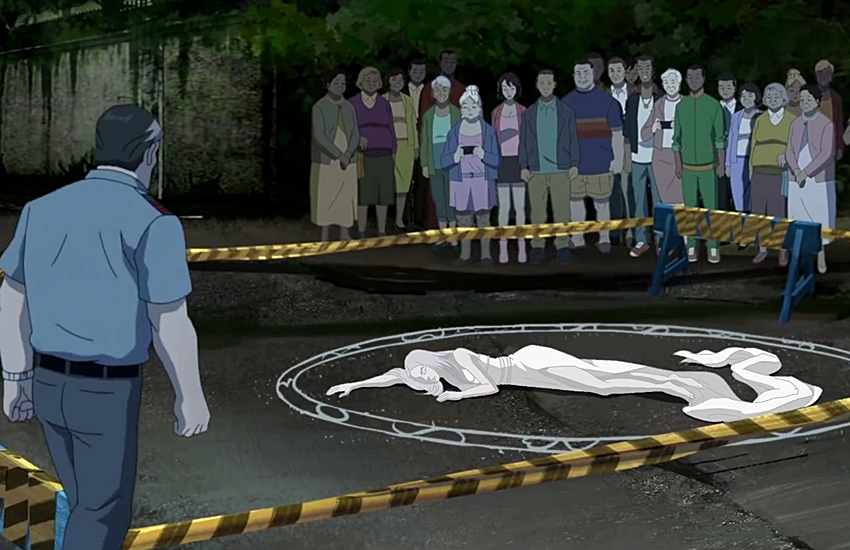 From Print to Stream

I've been a fan of the Trese comic series since the 2000s when I spotted two sealed copies of books 1 and 2 at a local bookstore. I had never heard of Trese at the time but was eager to support Filipino content creators (because that’s what we should all do).

I had asked a sales attendant if I could at least remove the plastic cover to browse its contents, but she wouldn't allow it. The black and white cover art by KaJo Baldisimo was all I had to base my purchasing decision on, along with these ominous titles: "Murder at Balete Drive" and "Unreported Murders." If I had to judge a book by its cover, this was it.

So, I took the risk. I paid for both books, took them home, but it was past midnight before I could start reading. I had no clue what I was in for. Within the first two pages, I was trapped, bewitched, and finished the two books at exactly 2:00 a.m.

Over the years, I read each installment as soon as I could get my hands on them. Back then, I had hoped for a live action version with Rovilson Fernandez and Marc Nelson as the Kambal, and possibly Angel Locsin as the lead. I even shared this with Trese writer Budjette Tan when I finally got to meet him years ago, in a non-stalkery way. He smiled politely.

Then, over a decade later on June 11, 2021, I got something way cooler than anything I had imagined. At the stroke of midnight, I started watching all six episodes of the Netflix anime adaptation, concluding my binge session past 3:00 a.m.

Because I couldn't get enough of Trese, I immediately watched the post-show After Dark special, hosted by Yvette Tan and Atom Araullo, where they interviewed showrunners Budjette and KaJo, Fil-Am director Jay Oliva, writing team Zig Marasigan, Mihk Vergara, and Tanya Yuson, and the Tagalog voice of Alexandra Trese herself, Ms. Liza Soberano. Shay Mitchell (Pretty Little Liars) also participated with a pre-recorded video message to her fans. 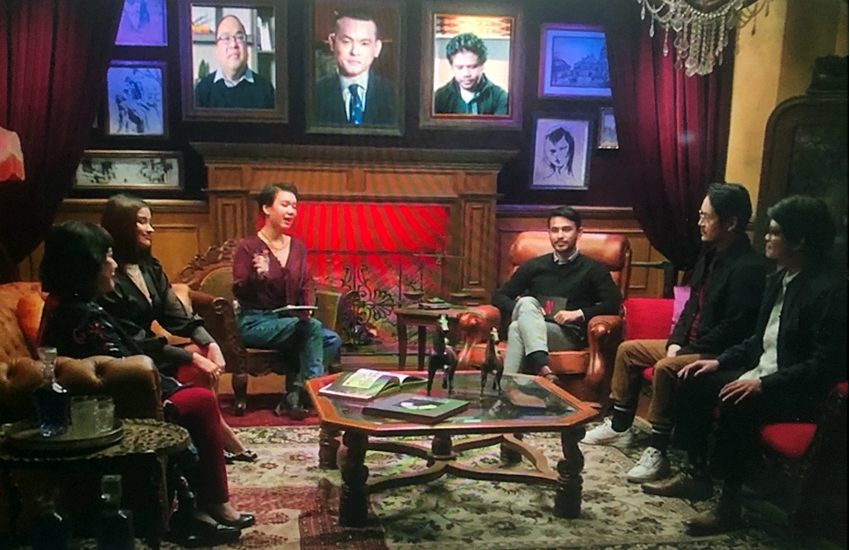 I watched the English version that night, and I'm in the middle of re-watching the series in the Filipino dub. If you're on the fence about which version to watch, I'll share my recommendation in a bit.

The Devil in the Details

Hardcore anime fans will find that the character designs of Trese have more in common with Jackie Chan Adventures than most other large-eye, manga-inspired shows like Avatar: The Last Airbender. The art style isn't bad, and seems to evoke the look of local Filipino komiks. As long as you don't expect Akira-level fluidity, Trese's animation frame rate is actually at par with other cartoons, and the style fits the fight scenes perfectly, showcasing some of the best examples of Filipino martial arts in this medium.

Minutes into episode one, it was clear the Trese team respected not only the original source material but also the essence of Filipino traditional and Pinoy pop culture.

With an MRT consisting of 13 stations, is anyone surprised that it breaks down frequently? Check. Having to walk out onto the tracks after an MRT stoppage? Check. Gigantic billboards along EDSA? Check. Aswangs? Check. Wait, what?

The denizens of this version of Metro Manila mirror actual Filipino sentiments. Many Pinoys don't even consider aswangs "myths"; they are as real as any street thug or drug dealer, and you can spot them if you know where (and are willing) to look.

And look you must.

If the R-rated image of aswangs feasting on their unwitting victims is too intense for you, then feast your eyes at the stunning digital visuals in the background, rendered like layered impressionist paintings in a neo-noir palette. Episode after episode, these settings provide many Easter eggs, slightly blurred but still recognizable, that keep the show horrifyingly grounded in reality.

Content warning (18+): scenes of torture, child killing, corruption, human trafficking, and massacre will shock you, but try not to scream when you see that the Manila police still use CRT monitors instead of flat screens.

This is a Manila that's familiar and alien, a city of what could become or what already is. Did you catch the Jollibee and Mang Inasal signs? If you spot the latter, you'll notice it's rendered in reverse, since it was viewed from the opposite side.

Metaphorically, that's what Trese is. A mirror universe. It's the feeling you get when you attempt to take that perfect selfie, but can't seem to get the angle right, so you say "screw it," and apply the right IG filter to represent not how you might actually look, but how you actually feel, only to discover that your shirt logo reads backwards (because if you think about it, the only other time you get to see yourself is through a mirror, and everything is reversed). So, you post it anyway since it captured the moment. 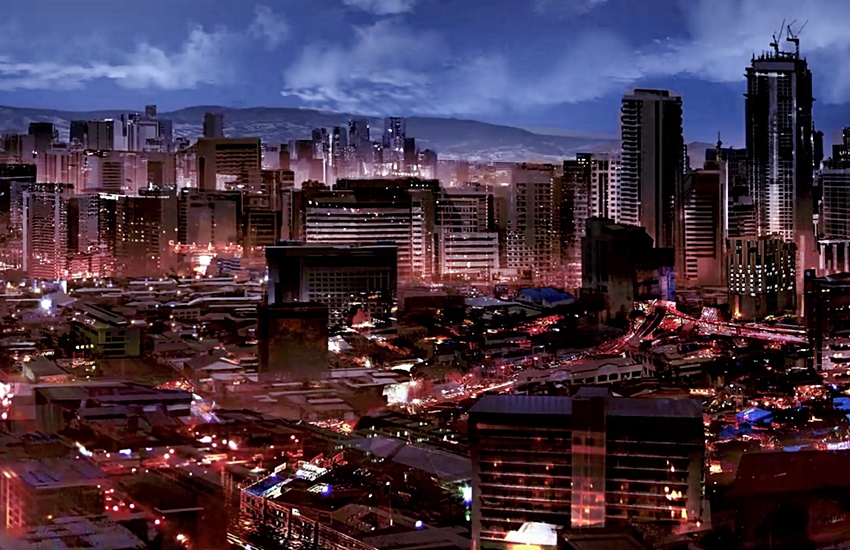 But it's the characters and stories themselves that shine, along with their subtle gestures, mannerisms, and features. The blink-and-you'll-miss-it moments like when Crispin points with his lips; when Mayor Santamaria turns his head ever so slightly to the right when confronted with a fact he had initially denied; the broken horn on the head of a Tikbalang king kept hidden in the shadows; the fanboy eyes of Hank the bartender when meeting his showbiz crush; the daily routine of Captain Guerrero when he does his morning exercises and orders his hot pandesal.

Without spoiling the plot, Trese is really a family drama disguised as a horror-thriller. Parents continue to exert strong influence over one's career choices, and duty and obligation persists beyond death. Problem children are commonplace; some are abandoned, some adopted, and some just turn into spoiled brats. Each generation asserts its will and rebels against old expectations; there are those who win for the wrong reasons and those who willingly fail for the right ones. 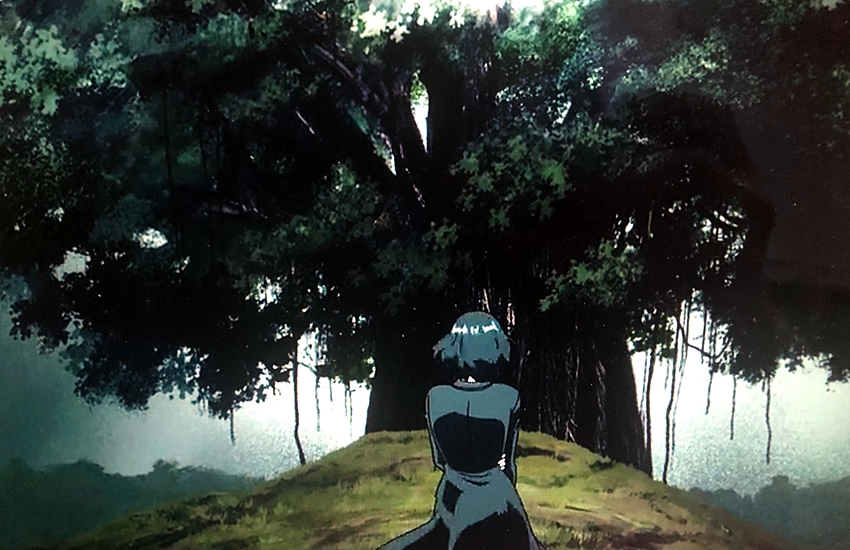 The balete tree is an ominous presence in this miniseries. From the first episode in Balete Drive to the sixth and final episode, Trese can’t seem to escape her bloody destiny. While most trees branch upwards, the balete tree grows down. And so does the Trese family tree.

The writing team had to weave together a selection of Alex Trese's most memorable cases into a single six-episode narrative arc that not only goes deeper into individual motivation, but expands the story to include those who had been off-screen in the original comics.

In the process, we discover that Alexandra Trese, with her iconic devil-may-care haircut, might be the bridge between the darkness and the light.

That's what the finale felt like, a bridge to something deeper, awkwardly told through an overly long, expanded, expository monologue with disjointed flashback sequences.

This is a show that deserves more than six episodes, and perhaps if Netflix greenlights Trese Season 2, we'll get to see the juicy details that the writers were forced to cram into that final episode. Who knows: while Trese has her preferred pronouns, being the "Lakan Babaylan" presents interesting representational possibilities in future installments.

Trese says it plainly: "I am Alexandra Trese. I am nothing like my father."

There have been online debates about which version is better than the other: English or Filipino?

Here’s my answer: WATCH BOTH if you are bilingual. You simply cannot have one without the other because each version brings something unique to the experience. In the English dub, they say “tribe,” but in the Filipino dub, they say “angkan” (closer in meaning to “clan”) even though the subtitles read “tribo.” Thankfully, each version features the haunting Ifugao tribal chant that plays during the opening credits.

More than an adaptation, Netflix's 'Trese' represents an alchemical transformation of the original source. This isn't just a story about 'mythological beings,' but also 'being mytho-local.'

I've watched Avengers: Endgame four times. That's over 12 hours. You can just spend half as many hours watching both the English and Filipino dubs of Trese. Give it a try, even with one episode a day. New perspectives will reveal themselves with each viewing. Ibunyag!

For example, while the original comic was drawn in black-and-white, the anime seems to suggest we Filipinos might actually have a culture of inside-out and/or outside-in. Labas vs. Loob. Notice how many times this theme plays out with each episode: whether it's an aswang dissecting its next meal, the chosen mobility method of a Tiyanak child, the regurgitation of a magic stone, or the God of War revealing himself.

Or then again, maybe you’ll just notice that the Kambal each carry a pair of .50 caliber Desert Eagles. Multiple viewings will offer something for everyone.

The Trese anime highlights the diversity of the Filipino, and these six episodes barely scratched the surface. More than an adaptation,  Netflix's Trese represents an alchemical transformation of the original source. This isn't just a story about “mythological beings,” but also “being mytho-local.”

Each character, whether Tikbalang or Trese, depicts the chimera of our collective psyche. We are Pinoy, Tsinoy, Tisoy, and-or-neither-nor (at least in recent years) "Filipinx”; we are a mixture of old and new, local and foreign. We are the halo-halo, the kare-kare, the sisig; we are the lumpiang sariwa, lumpiang shanghai, and the lumpiang hubad.

This was a show made with honest Filipino representation, created with love and raised with passion, but still a teenager waiting to bloom.

Netflix, if you're reading this, please give us a Season 2.

Michael A.R. Co won first place in the Philippine Graphic/Fiction Awards in 2006 for his very first short story 'The God Equation,' including the People’s Choice Award in the prose category. Two of his other short stories were finalists in subsequent years for the same award: 'In the Eyes of Many' and 'The Sweet Stranger.'

NCT 127 is coming to the Philippines! What to know about ticket prices and tour dates