“To celebrate the highly anticipated release of Wonder Woman 1984, Xbox is giving movie buffs and gamers alike the chance to own a piece of Wonder Woman lore. Inspired by the iconic armor and outfits worn by the powerful female leads of the movie comes three custom consoles like you’ve never seen them before,” Xbox said in blog post.

The first console is a homage to Wonder Woman’s Golden Armor in the upcoming film. It comes with 24-carat gold leaves, 3D printed Wonder Woman 1984 logo and a golden eagle crest. The custom designed console will be auctioned off, with proceeds going to Together for Her, an initiative supporting the global response against domestic violence amid the pandemic. 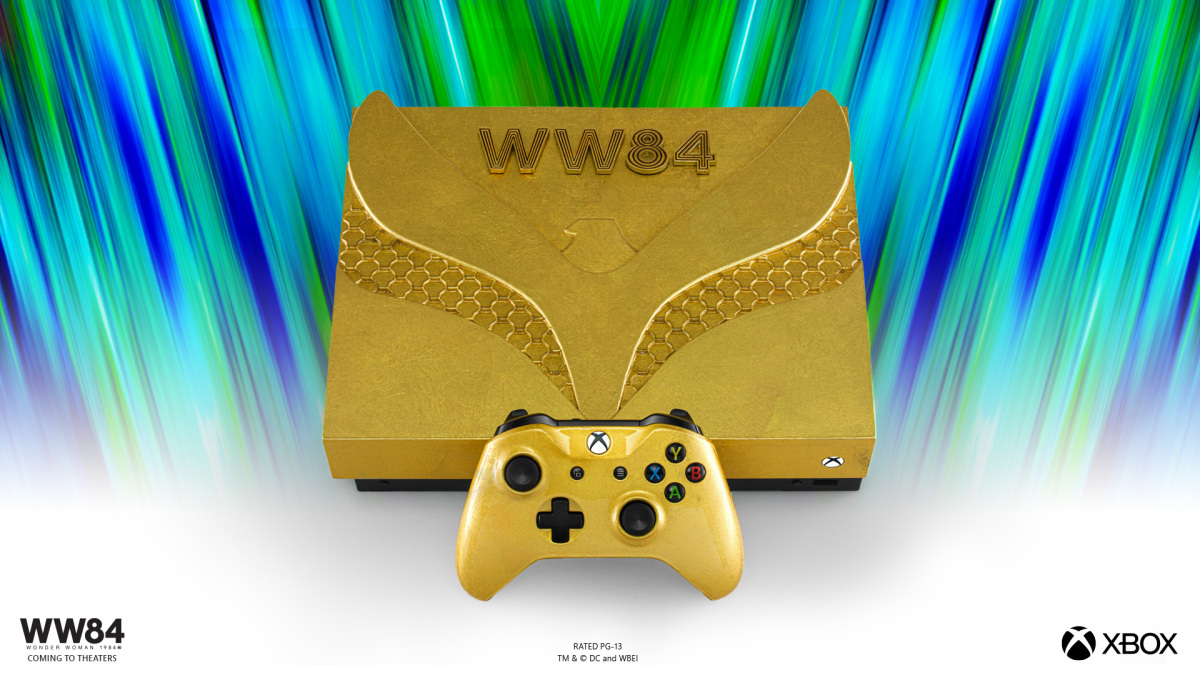 The next one is the Lasso of Truth edition, which features Diana Prince’s iconic weapon encircling a multicolored logo on top of the orange console. Fans can take home the Lasso of Truth-inspired Xbox One X by liking or retweeting the Xbox sweepstakes tweet from August 25 until September 17.

The last one is created after Wonder Woman’s archenemy, Barbarra Minerva. The Cheetah-inspired console sports an intricate snakeskin pattern covered with a faux leopard fur, punk rock silver spikes and a 3D printed WW8 logo. Unlike the previous WW8-inpired consoles, it's unclear how fans are going to take home the Barbarra Minerva edition.

It's worth mentioning that all of the special-edition units are only intended for display and can't actually play games. "Please note, that all the Xbox is for display ONLY, not gameplay," the note read. Although winners can't play games on them, Xbox said that those who will win the special edition consoles will also receive a standard edition Xbox One X.

If you still haven't seen the official trailer of Wonder Woman 1984, you can check it out below. The DC sequel will premiere on October 2, 2020.